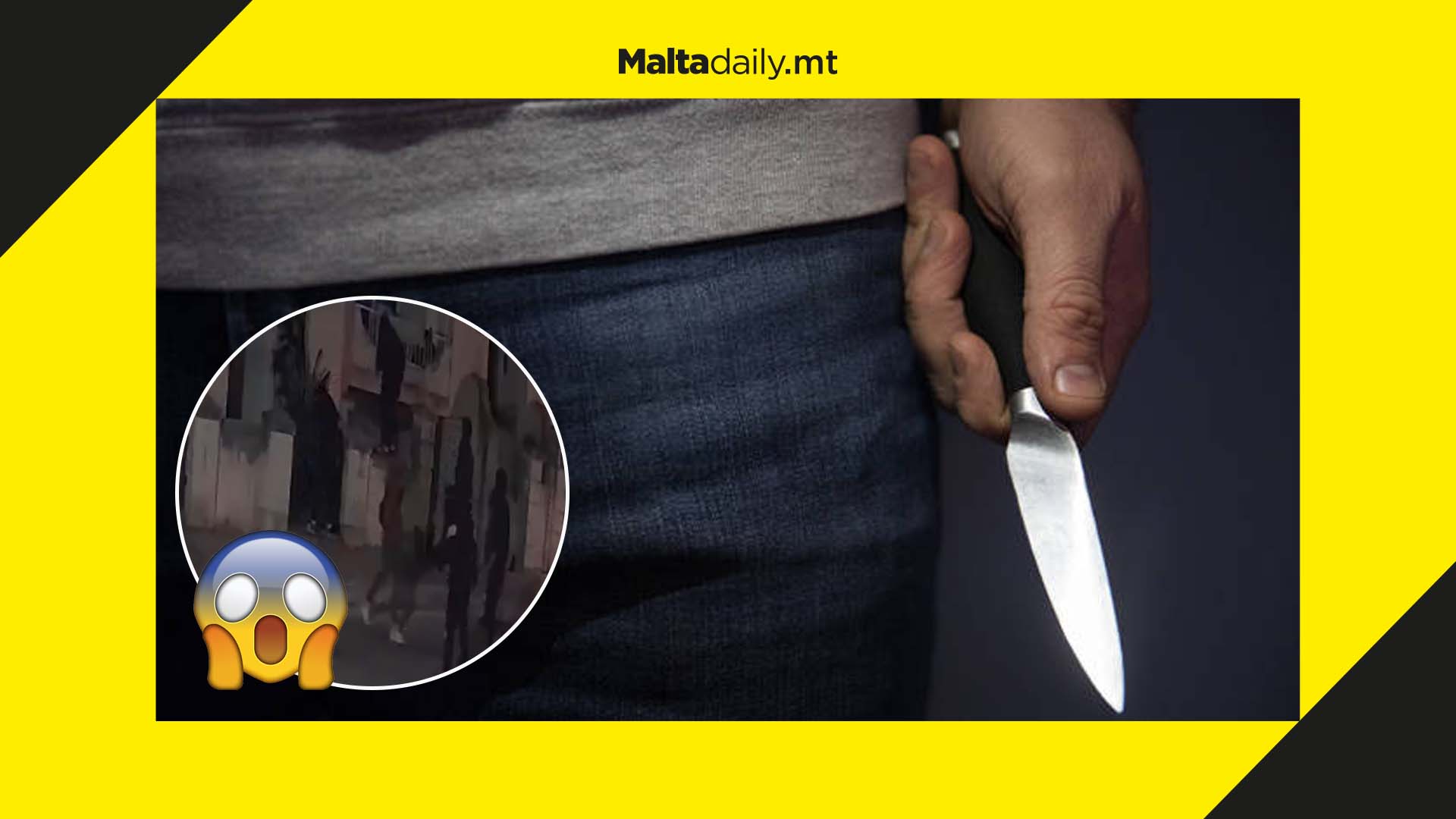 A gang of youth armed with knives and donning hoods have been caught on footage terrorising Qawra residents. CCTV footage caught the incident and prompted more calls for more active policing and patrols in the Qawra area, including Bugibba and St Paul’s Bay.

The Calleja family was allegedly alerted to an intrusion on Friday at around 19:30 by a loud banging noise they mistook for a car crash. Footage shows up to eight youth gathered outside the home in Cassarino Street jumping on the property wall and approaching the door.

The rest of the 15 strong gang gathered in the vandalised playing field near the house. The police arrived after about an hour, following three attempts to call for assistance. The aggressors were chased away but returned armed with knives.

Miguel Calleja revealed that an hour later, a random man who turned out to be PN MP David Thake called the police. The authorities turned up after 20 minutes and picked up two of the youth. Some still returned, only to be confronted by a neighbour. A gang came back on Monday and threw an old fan at the front door of the house. Despite police intervening, they stated that no action could be taken against the minors despite them carrying knives. Citizens were prompted to ask how to handle the situation due to there being a lack of police presence.