The Digital Justice Strategy launches Malta into the future 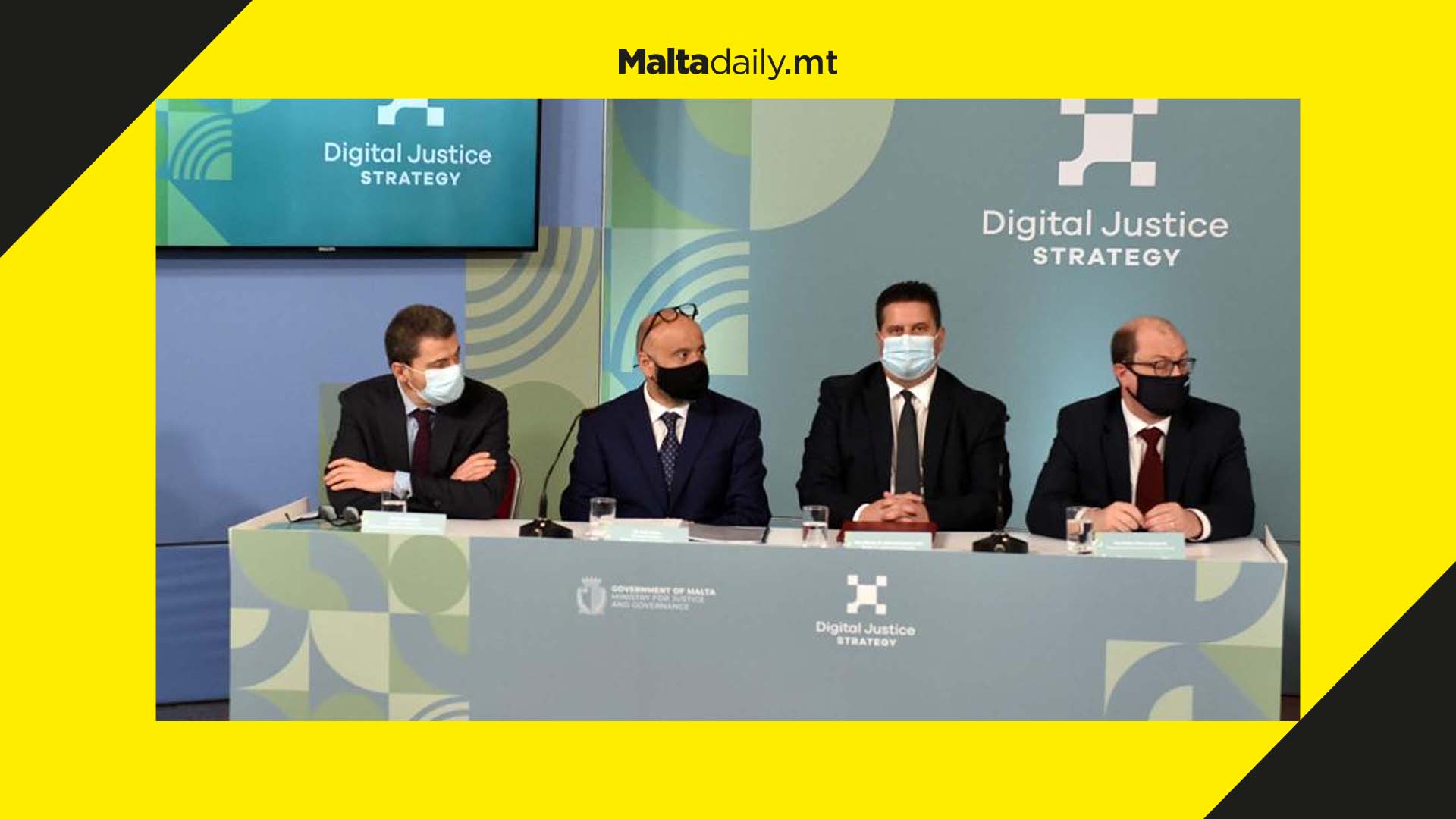 Minister for Justice and Governance Edward Zammit Lewis launched the Digital Justice Strategy and Action Plan. Alongside the Parliamentary Secretary for European Funds Stefan Zrinzo Azzopardi, he stated that an 18 month long journey stands testimony to their commitment towards making our justice system more efficient, effective, and accessible.

The COVID-19 pandemic forced everyone out of their comfort zone and embrace technology ‘as a means to ensure that justice continues to be served.’ Despite the Maltese Justice System not being new to the digital sector, the adaptation of this new framework is a priority as it makes best use of technology, respects rule of law and identifies objectives.

Investing in Digitalisation as the next major phase in the evolution of society, Malta is now in a unique position to forge the future of how justice will be served in the years to come. ‘This strategy provides a common vision and unites all justice entities in their efforts to embrace this transformation and without reserves, commit to the change process.’

Parliamentary Secretary for European Funds Stefan Zrinzo Azzopardi said that this action plan for digital justice is an important process n which we can build several steps for the future. With an investment of around €300,000 co-financed with European Funds, the digitisation of the justice system will be improving the efficiency and facilitate access to justice for those going to court.

‘The Robert Abela Administration will remain committed and renowned for the digital transformation and reforms carried out in the Justice system.’ 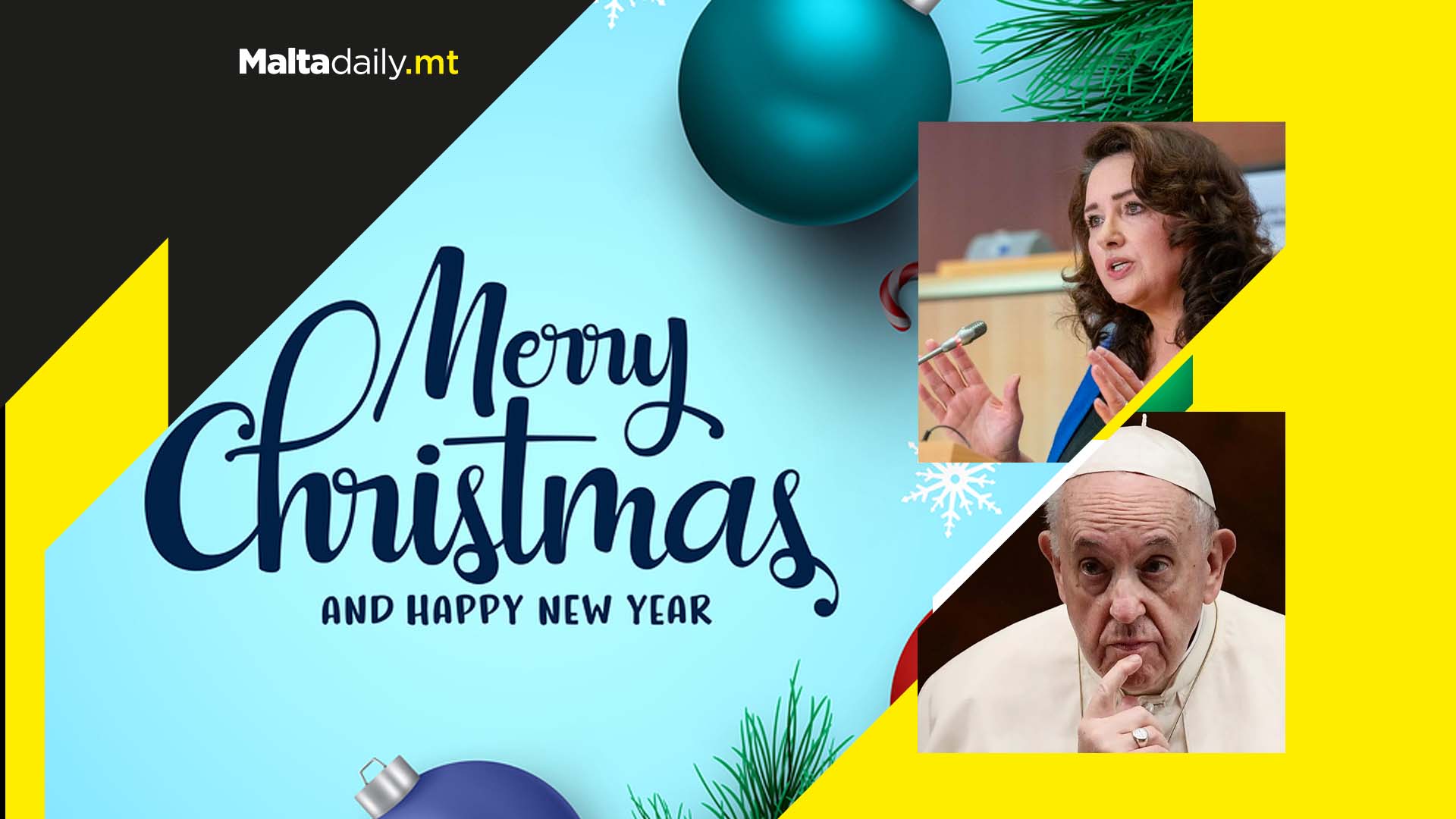 Helena Dalli, the European Commissioner for Equality, faced a substantial amount of criticism after a working document concerning communication guides for EU staff leaked to the press. People across the continent were utterly infuriated at the guidelines set by the document which, among other things encourage;

Workers to avoid using ‘Happy Christmas where not everybody is Christian; to avoid addressing an audience as ladies and gentlemen; to stop using Mrs when addressing women and; to avoid using solely Christian names when bringing examples of people living in the EU.

The outcry, with many stating that the document was muzzling their freedom of expression, led to Dalli withdrawing the document. She revealed that it is a work in progress and her office is taking note of concerns to update it.

The Pope too issued a response to the document, going as far as to compare these actions as those carried out by Nazi dictatorships and communists. He told journalists on his flight back to Rome from Athens that the document was ‘watered-down secularism’. The Vatican leader said that we should be careful not to be vehicles of ideological colonisation and that is why the Christmas issue is an anachronism.

However, the same was not said by Maltese MEP Cyrus Engerer who stood by Dalli’s document. He said that all of us need more information on how our language can be more inclusive. He said that the document doesn’t mean nobody can say Happy Christmas and asked whether the commission understands that ‘not everyone in Europe fits in and identifies as 1 of the 2 gender boxes in their minds.’

Isn’t equality part of the “European Way of Life” for @EU_Commission? Doesn’t Commission understand not everyone in #Europe fits in & identifies as 1 of the 2 gender boxes in their minds? Where has #UnityInDiversity gone? @TheProgressives @ILGAEurope @TGEUorg @LGBTIintergroup pic.twitter.com/prBGUPzfpR

What do you make of all this? 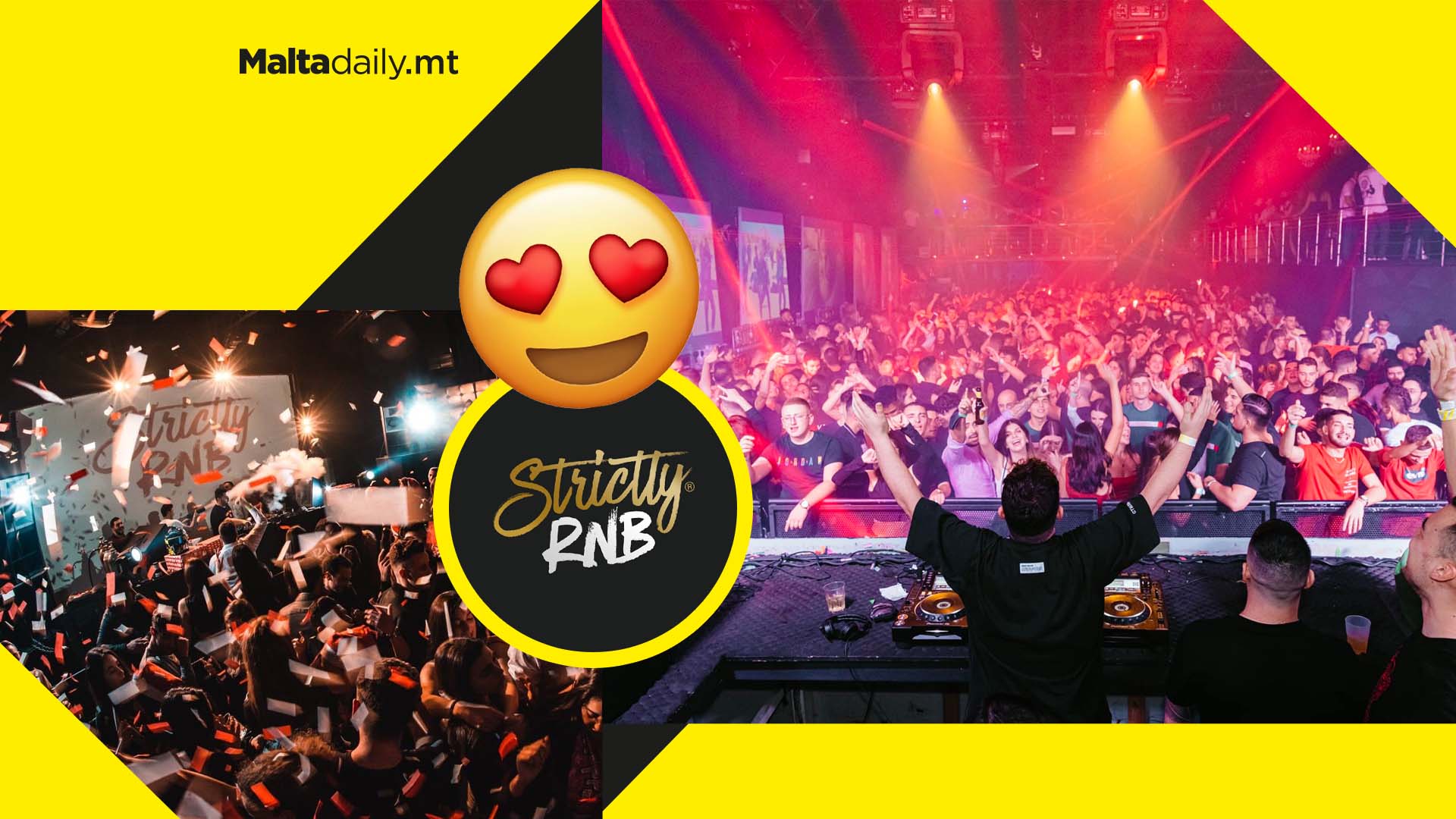 ‘Tis the season for partying! December is a magical season for many reasons, from rekindling relationships with loved ones to celebrating the seasonal warmth with a piping hot glass of mulled wine and seasonal goodies… but that’s not all. This year, local event organisers Strictly RnB are back with a double bill of spectacular events to close off a busy year and we seriously can’t get enough.

The first one is Strictly RnB’s Christmas event, which is a regular in partygoers’ event calendars and will definitely take it up a notch this year with fan-favourite Classics Night at the mighty Sky Club in Paceville. Headlined by Pocci and welcoming Nikki VP, Nick C and Mizzi G, all DJs have been instructed to hit the club locked and loaded with all of their favourite classics from the late ’90s and ’00s. With early bird tickets gone almost immediately, tables sold out and very limited standard and VIP tickets left, the night is set to be a BANGER and we just can’t wait.

If that wasn’t enough, you can also close off 2021 in style with Strictly RnB Presents NYE, a Las Vegas-inspired spectacular which is sure to usher in the new year with the best vibes possible, The Strictly Way. The event, which will go down at the returning Aria Complex in San Gwann, promises loads of confetti, special FX, state of the art visuals and a unique VEGAS style countdown made specially for the Strictly RnB NYE Vegas show. Main man Pocci will take the stage with familiar names Nick C, Nikki VP and Mizzi G.

Tickets for both events are available from ticketarena.com.mt!

So grab your Santa hats, lock and load and as always… keep it Strictly. 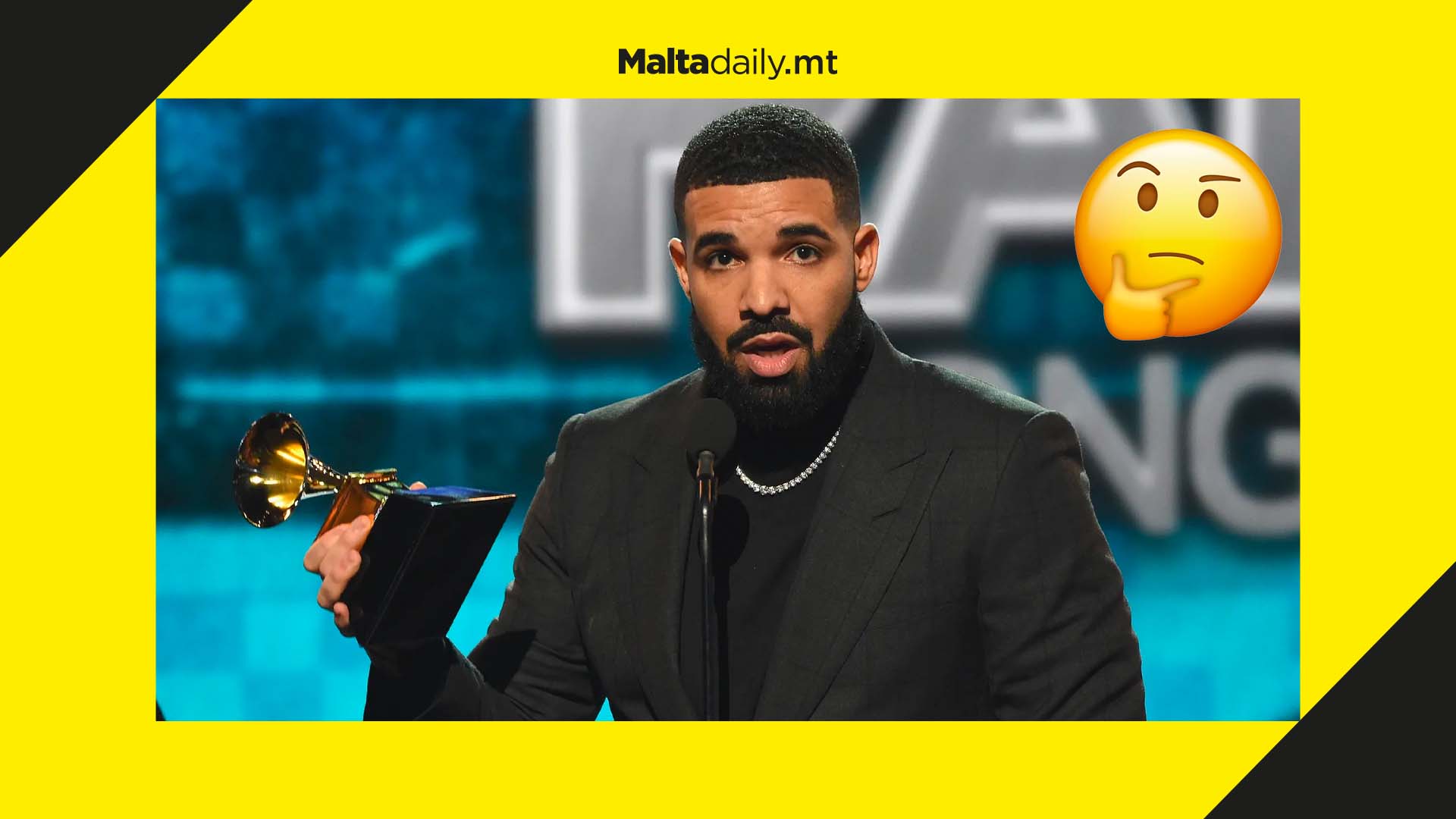 Despite there being no clear motivation, Drake’s management team have asked the Recording Academy to remove his 2022 Grammy nomination. The ‘6 God’ was one of the five nominees for Best Rap Album, for Certified Lover Boy and for Best Rap Performance for his song ‘Way 2 Sexy’.

Drizzy only won four Grammys, despite being the most streamed artist of the decade. His relationship with the Grammys has always been a sketchy and weird connection as the rapper was famously cut off at the 2019 awards during his acceptance speech.

The speech cut off to an advert abruptly, with the Grammys telling Variety that they thought his speech was over. Drake, real name Aubrey Graham, delivered quite a big chunk of his speech in 2019, but said that despite being cut off, he still said what he intended.

It remains to be seen why Drake gave up his nominations, but his previous criticisms of previous nominations and wins might give some hints as to why.