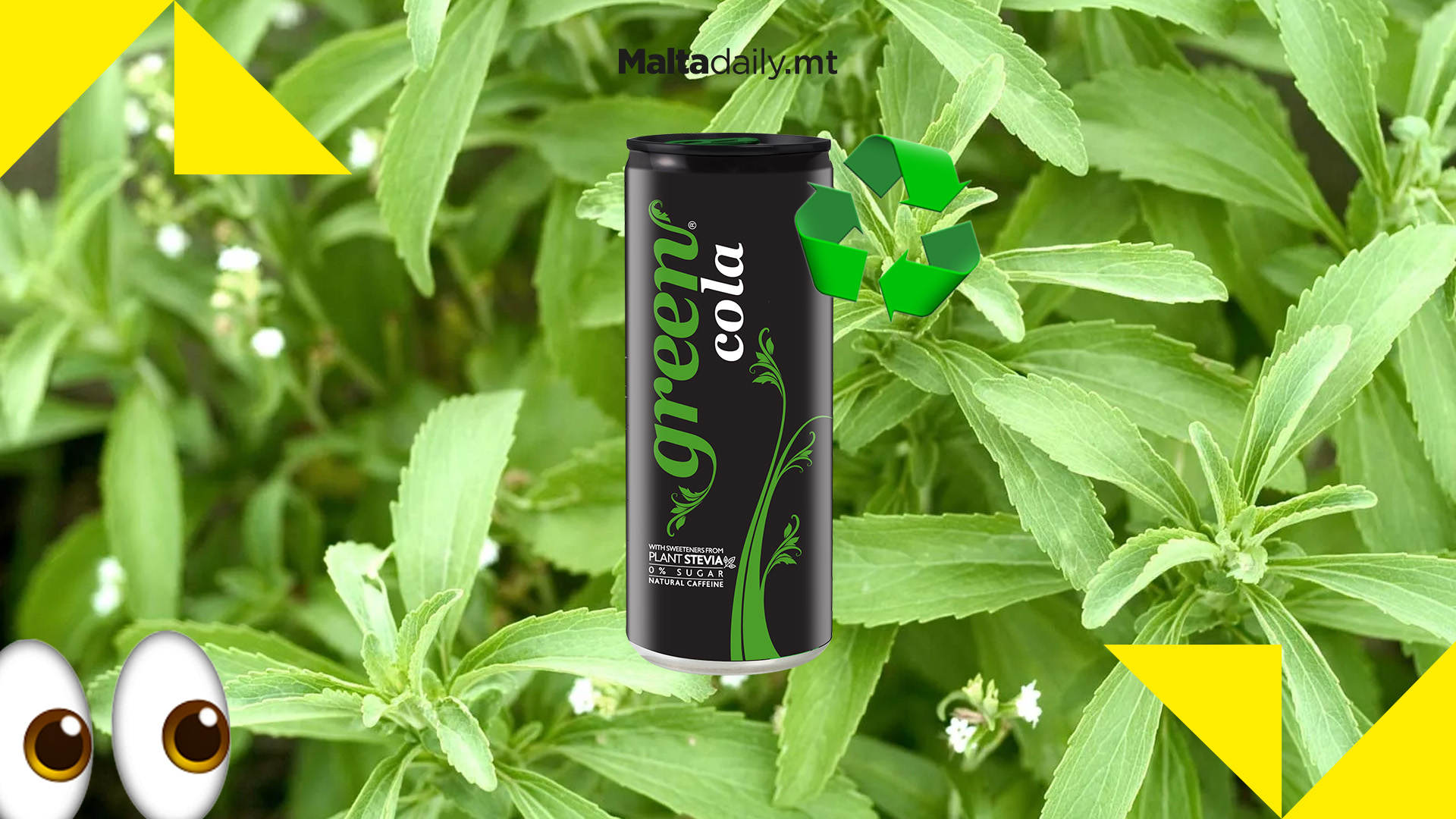 Did you know that you can get the delicious, refreshing taste of cola without having to consume a mountain of sugars, calories, preservatives and artificial sweeteners?

That’s right; thanks to Green Cola, you needn’t sacrifice the sweet taste of your favourite beverage to pursue a better lifestyle. The unique beverage combines the great taste & enjoyment of cola with wholesome, natural ingredients to present a zero calorie, zero sugar and zero preservative product.

The beverage obtains its flavour by being naturally sweetened with the zero-carb, zero-calorie plant known as Stevia. Beyond being Japan’s most popular sweetener, Stevia is approved by the European Food Safety Authority (EFSA) and U.S. Food and Drug Administration (FDA) and we can understand its popularity.

On top of the cola product, the brand also makes 3 refreshing carbonated fruit flavour drinks with the same ideals! Green Orange, Green Lemon and Green Lemon Lime never tasted so good and when you crave something other than the classic cola, the three other flavours offer a sweet alternative; we can honestly say that summer never tasted so refreshing.

Have you tried Green Cola yet?

The other side of Queen Elizabeth II: 8 Fun Facts 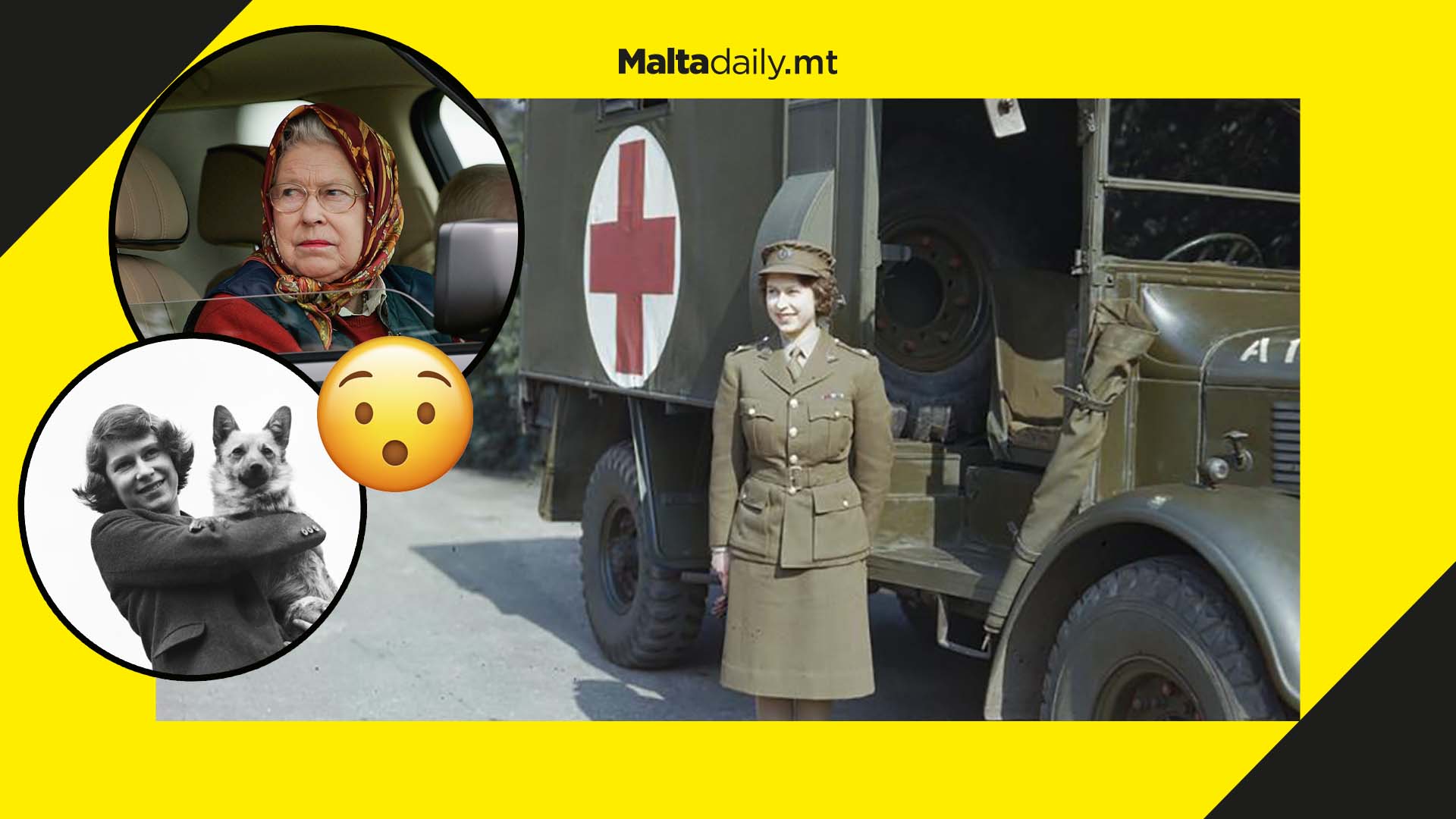 The Queen owned over 30 corgis in total during her life.

The Queen was well known for her love of the miniature dogs, starting a trend in the process. But what many might not know is that she owned over 30 of them throughout her life. She was also described by the Queen’s former Corgi trainer Roger Mugford as an excellent dog trainer. ‘When I visited her’ he said, ‘she had nine dogs and they were incredibly well controlled, well managed and obedient.’

Her first horse was called Peggy, a gift by King George V.

The queen was gifted her first horse by her grandfather King George V, a Shetland pony called Peggy. She has been riding them ever since and in her later years, sightings of the Queen riding around on horses would prove to be indications of her health improving after bouts of discomfort or sickness.

She bought her wedding dress with WWII ration coupons.

According to ‘British Heritage’, the then Princess Elizabeth purchased the material for her wedding dress with ration coupons two years after the end of the Second World War. Due to the post-war austerity measures, the princess had to use clothing ration coupons to show entitlement to the dress. The government allowed her 200 extra ration coupons. She was also given hundreds of coupons by brides-to-be from all parts of the country, but she had to return these coupons as it was illegal for them to have been given away in the first instance.

The Queen did not need a license to drive on public roads.

The Queen was the only person in the UK who did not need to have a driver’s license in order to drive on public roads. Whilst boasting a car collection worth £10 million, the Queen has never been required to sit a driving test. This is because driving licenses are issued in her name, making it redundant for the Queen to issue herself a license. This perk only applies to the monarch however, as other members of the Royal family need to pass a driving test.

She studied constitutional history and law, French, German and music.

Elizabeth II and her sister Margaret were the last members of the royal family to be educated at home by tutors in the traditional manner. They were both home-schooled by governess Marion Crawford. She was introduced to constitutional history, whilst also learning to speak French fluently. She also participated in a Vehicle Maintenance Course during World War II.

She volunteered as a truck driver during World War II.

Before she became Queen Elizabeth, the princess volunteered as a truck driver and mechanic during the war. This made her the first female member of the royal family to serve in the military. It took years before her parents accepted her desire to contribute in this way, but the 19-year-old eldest daughter was finally given permission to join and, in February of 1945, she joined the women’s Auxiliary Territorial Service. These members served as everything from anti-aircraft gunners to drivers to mechanics.

Being Queen, her majesty sat for a whopping 200 official portraits over her lifetime. The first one ever taken of her was in 1933, when she was just seven years old and was painted by Anglo-Hungarian artist Philip Alexius de Laszlo. With images of her circulating the world for more than 7 decades, she became one of the most recognisable faces in history as a consequence.

She made her first radio broadcast at the age of 14.

The Queen might be known for her radio and television broadcasts, but she first spoke on the radio at the age of just 14. Speaking about children being evacuated, she said on BBC’s ‘Children’s Hour’: “I can truthfully say to you all that we children at home are full of cheerfulness and courage. We are trying to do all we can to help our gallant sailors, soldiers and airmen, and we are trying, too, to bear our own share of the danger and sadness of war.”

Registrations for European Week for Waste Reduction are NOW OPEN! 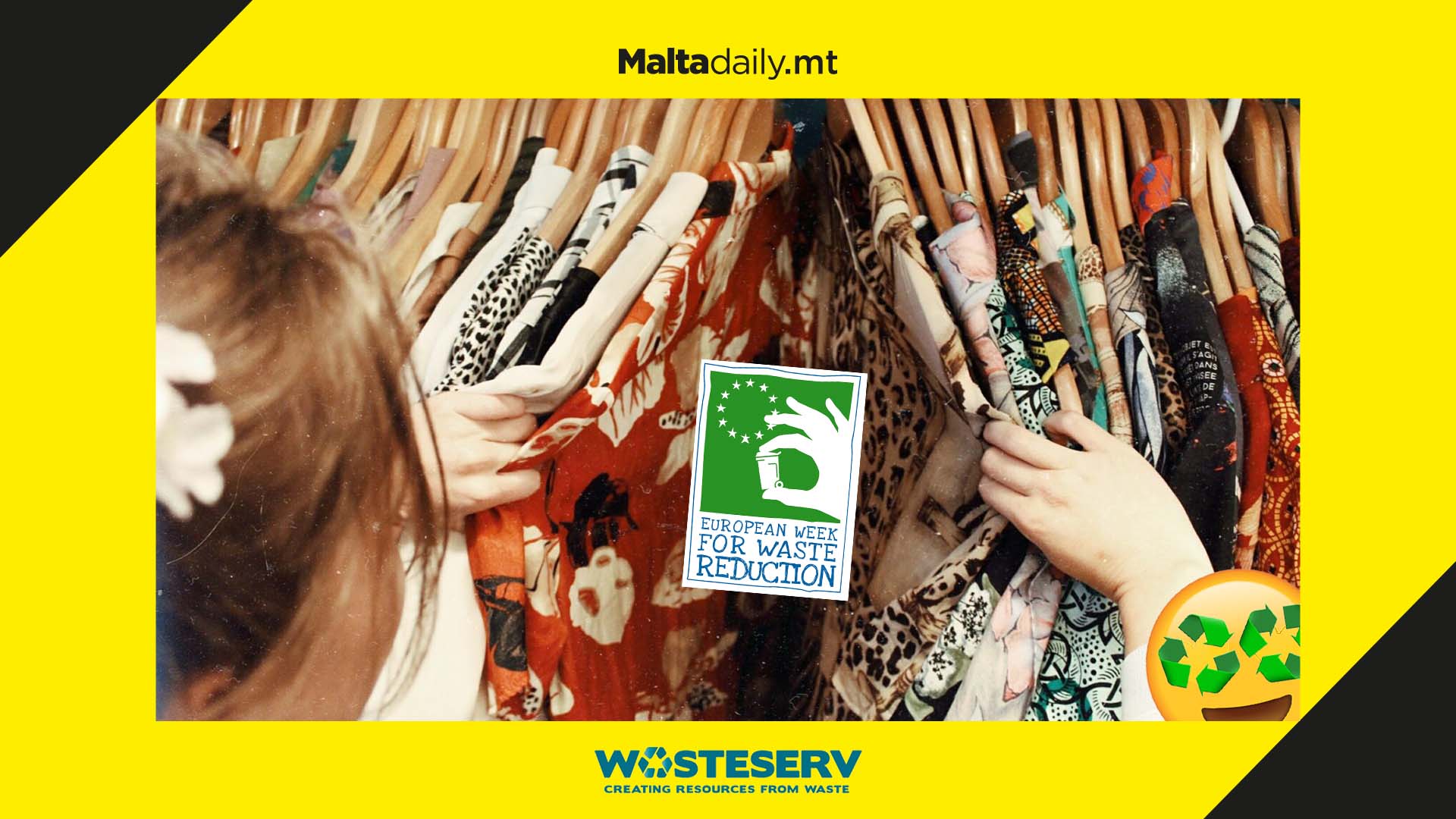 As I hovered over the ‘add to cart’ button, I knew that the excitement with the new fringed skirt I had just bought was going to be short-lived. Fringe details are not my thing, and I knew it. But still, I was swayed by the latest fashion trend.

Although the cost of the skirt alone should have served as a deterrent not to fall into the same trap yet again, there is also another cost one should keep in mind: the cost to our environment. In Europe, around 5.8 million tonnes of textiles find their way to the bin every year. This is equivalent to 11.3 kilograms of textiles per person.

However, now you have the opportunity to make a difference by participating in this year’s European Week for Waste Reduction, that will take place between the 19th and 27th November by exploring the theme of ‘Circular and Sustainable Textiles’.

This year it will celebrate fashion as a means of human expression whilst attempting to eliminate the much more alarming side of the industry. With the textile and clothing industry being one of the world’s most polluting sectors with a high environmental and social impact, this year’s EWWR aims to ‘inspire actions that will bring more circularity into the textile sector’.

This is your chance to make a lasting positive effect on the planet. Come up with an action that reduces, reuses, or upcycles clothes and textiles. This is an opportunity your brand cannot miss. Come up with sustainable practices, create clothes that last and see what no waste philosophy can be implemented.

So, register your action today by visiting Waste ServMalta’s website.

Home away from UK: Queen Elizabeth II’s history with Malta 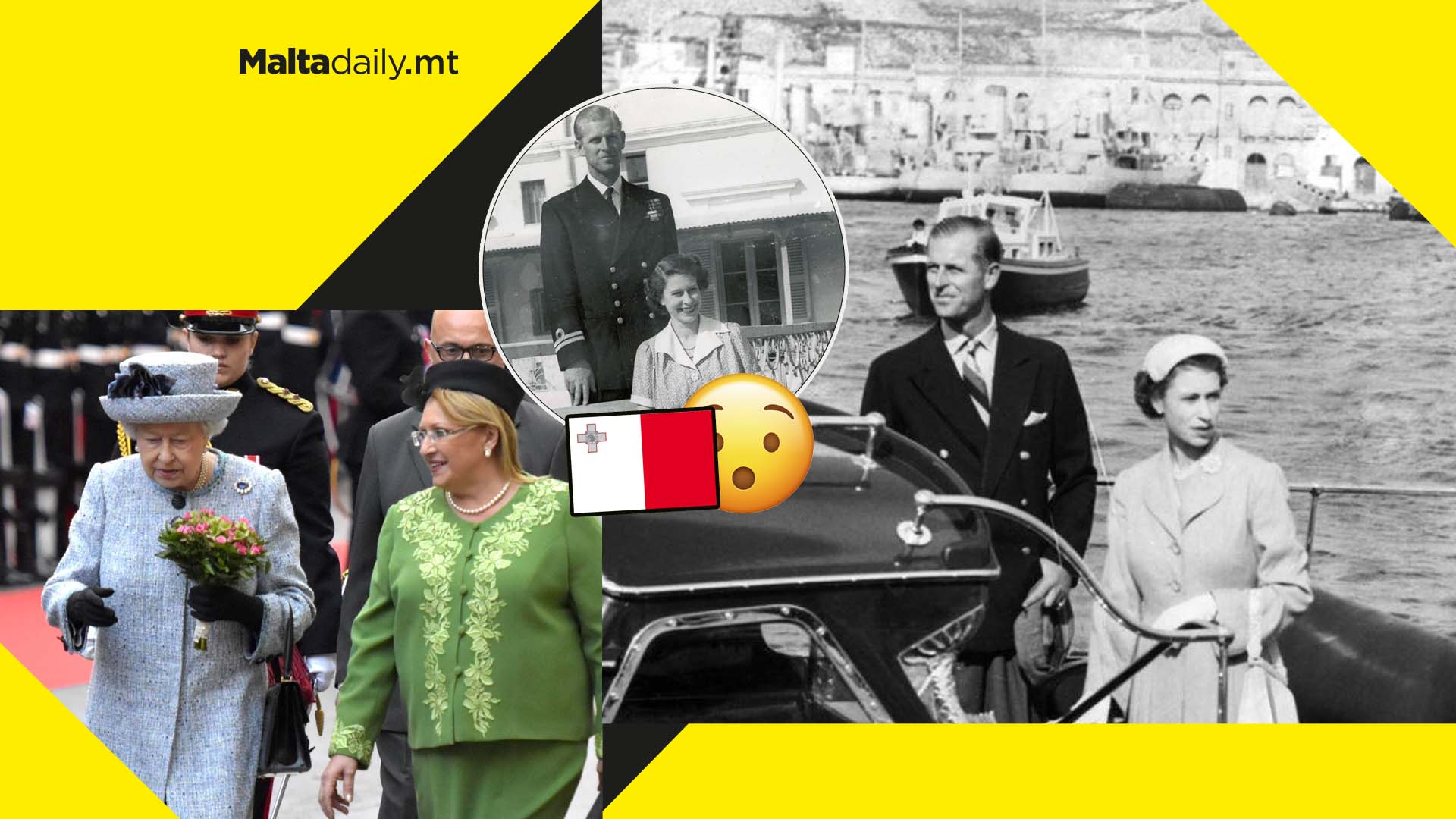 Queen Elizabeth II, the longest reigning UK monarch, had a very special connection with the island of Malta, visiting a total of six times throughout her life.

Becoming Queen on February 6th 1952 following the death of her father King George VI, she went on to hold the throne for 70 years. Malta also happens to be the only place outside of the UK the Queen called home.

Her bond with the Mediterranean island however began well before she was head of the Commonwealth. She lived the early years of her marriage to Prince Philip on the island between 1949 and 1951. Her husband was stationed here as a naval officer and died last year at the age of 99.

The couple flew to Malta as part of their Commonwealth world tour in May of 1954 and again inn 1967 when Malta was an independent state.

The second time around was Queen Elizabeth’s second state visit as the monarch, marking the first time independent Malta welcomed the queen.

During a Christmas broadcast, Elizabeth made reference to Malta and her trip there, referring to the transition from a colony to independence.

“This is the opening of a new and challenging chapter for the people of Malta and they are entering it with determination and enthusiasm.”

She went on to visit in 1992, visiting San Anton Gardens and inspecting the ceremonial spade which has been used since 1901. She did not visit until anther 13 years, flying to Malta in 2005 and then 2007 when Eddie Fenech Adami was president of Malta.

Her last visit to Malta came in 2015, when Marie Louise Coleiro Preca was president. She was 89 years old this time around, travelling with Prince Philip.