Where did the stork baby delivery system idea come from? 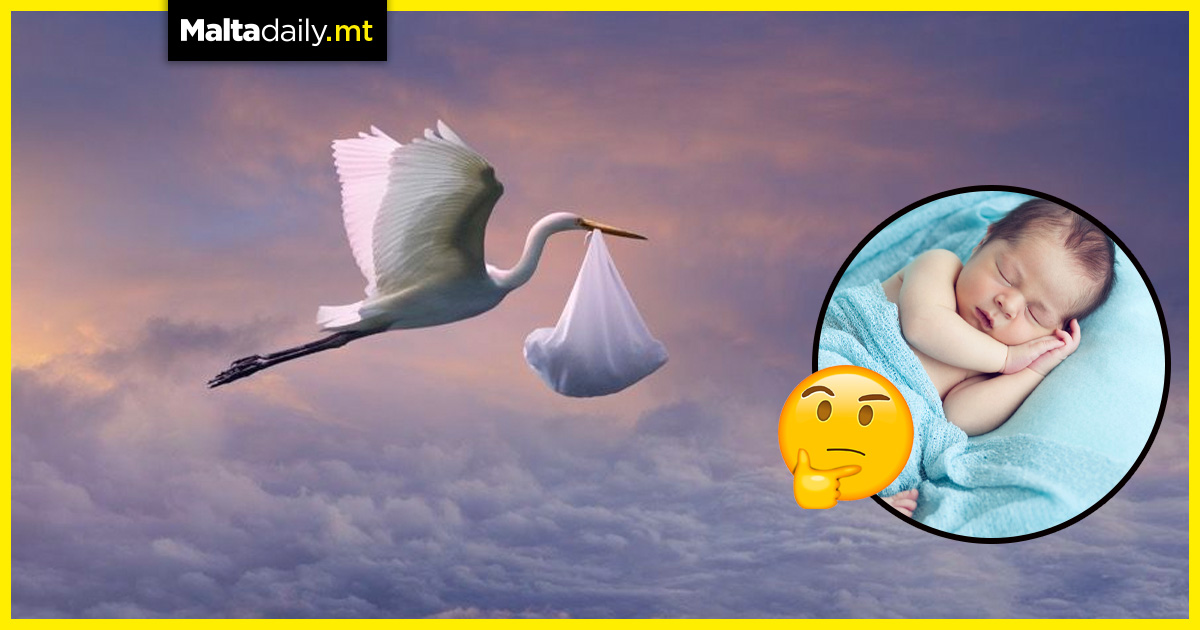 It’s been a running gag or cultural myth for ages that babies are delivered by storks. The large birds are depicted grasping a white piece of cloth in their mouth, carrying the infant to the expecting parents’ homes. But where did this idea come from? And why, of all animals, are storks the baby deliverers?

Like most myths of its kind, the origin is immensely elusive to us today. Just like the multiple elements which form the concepts of Santa Claus or the build up of variables that make up a world religion, the stork-baby idea is immensely old. It has traces which date back to folklore from Europe, the Americas, North Africa and the Middle East.

The first indication could be the bird itself and the associations we make with colour. White is often, for better or for worse, associated with purity. It isn’t difficult to imagine why this would translate well to the dawning of new life – a baby being pure and untouched from all the world’s troubles.

Another possible link might go back to Greek mythology. Some stories say that a goddess turned a woman into a stork. She then attempted to retrieve her stolen child from the deity. However, cultural researchers point out that the woman might have been turned into a crane, not a stork. Herons, a type of large bird, are also associated with creation in Egyptian culture.

The confusion of birds might have had something to do with this popular folkloric tale. Even pelicans might have a role to play as all these birds are portrayed as loving, maternal creatures who care for their newly hatched offspring. Another interesting connection could date to the stork’s migration.

Stork migration happens to coincide with the annual summer solstice which, in many cultures, represent a sort of rebirth of the world. As people are celebrating this time of year through various rituals, storks would be commencing their migration. The birds would return the following springs – nine months after they migrated.

This return from migration also brought new life as storks would create nests and give birth themselves. So the symbolism layers itself – the birds bring new life in terms of the seasons and in terms of actual life. The birds were later popularised as bringing babies in Hans Christian Andersen’s fable ‘The Storks’ in the 19th century.

In this, storks pluck dreaming babies from ponds and lakes and delivered them to deserving families. The dark side however would be that parents with bad children would receive bad babies… The story eventually became a good way to obscure the reality of sex and birth by Victorians.

Despite these last few versions of the story seemingly more familiar to what we know today, its origins are as obscure as any other popular tale. Tracing it back to one fixed point is impossible – simply have the change of cultures to go about trying to understand it.