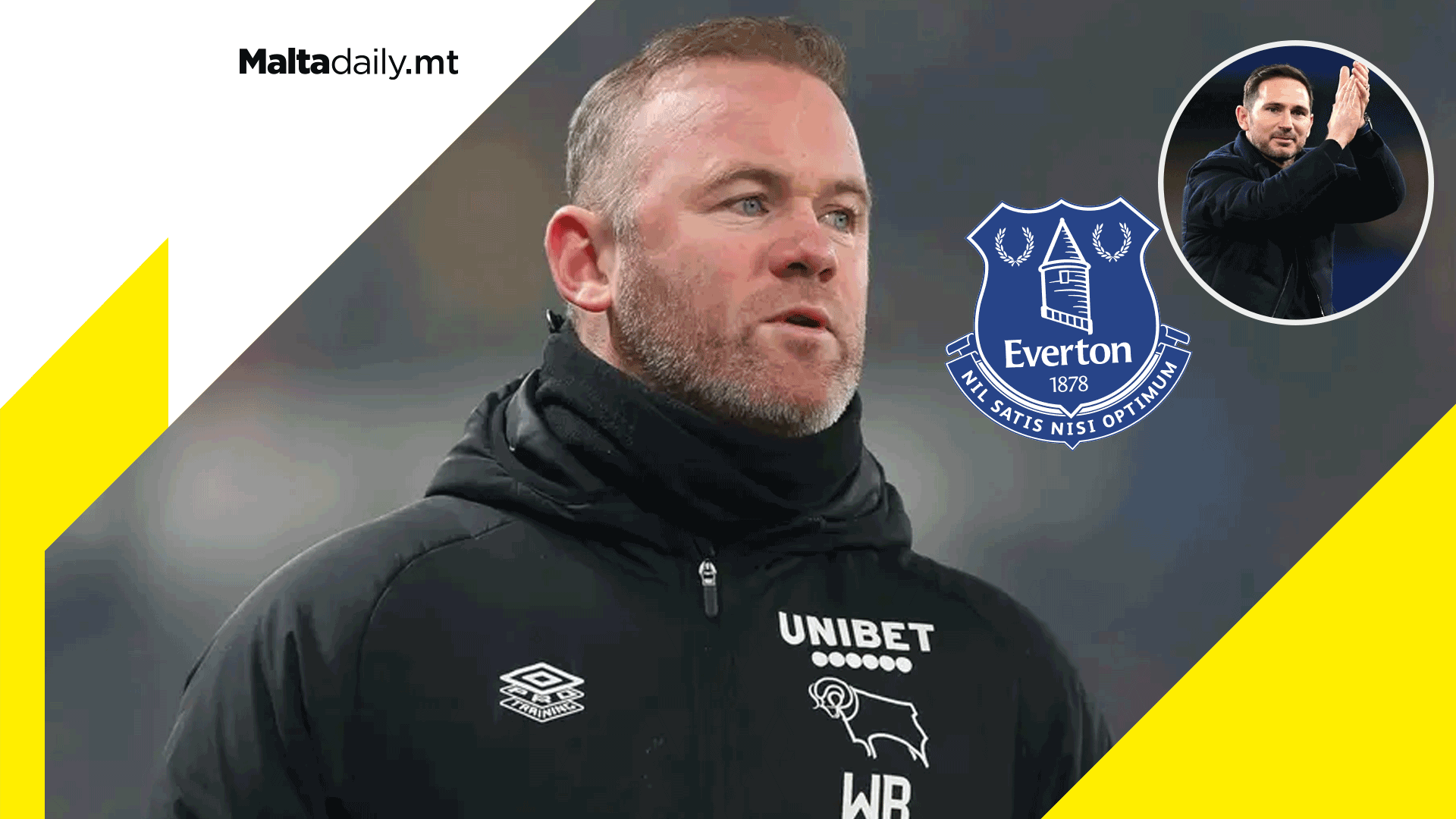 Former English striker Wayne Rooney, has recently stated in an interview that he advised his agent to reject an approach made by boyhood club Everton to be their new manager.

Rooney’s breakout year was at Everton under current West Ham boss David Moyes. He also went back as a player in 2017 for a year where he scored 10 goals in 31 appearances. He has also previously stated that he was an Evertonian when younger and growing up in Liverpool.

Rooney has been the manager of a sinking ship at Derby County, with the club very close to liquidation and relegation to League One due to numerous points deductions however he is still committed to his near impossible task of securing survival for the historic club.

In a press conference he had this to say “Everton approached my agent and asked me to interview for the vacant job, which I turned down.” and “I believe that I will be a Premier League manager and I believe I’m ready for that 100 per cent, and if that is with Everton one day in the future that’d be absolutely great. But I’ve got a job here to do at Derby County which is an important job to me.”

The leading candidate for the job is now former Chelsea manager Frank Lampard who will reportedly sign his contract in the coming days. He beat Portuguese manager Vitor Pereira and current Everton interim manager Duncan Ferguson to the coveted job. This will be his return to management after being sacked by Chelsea last year. 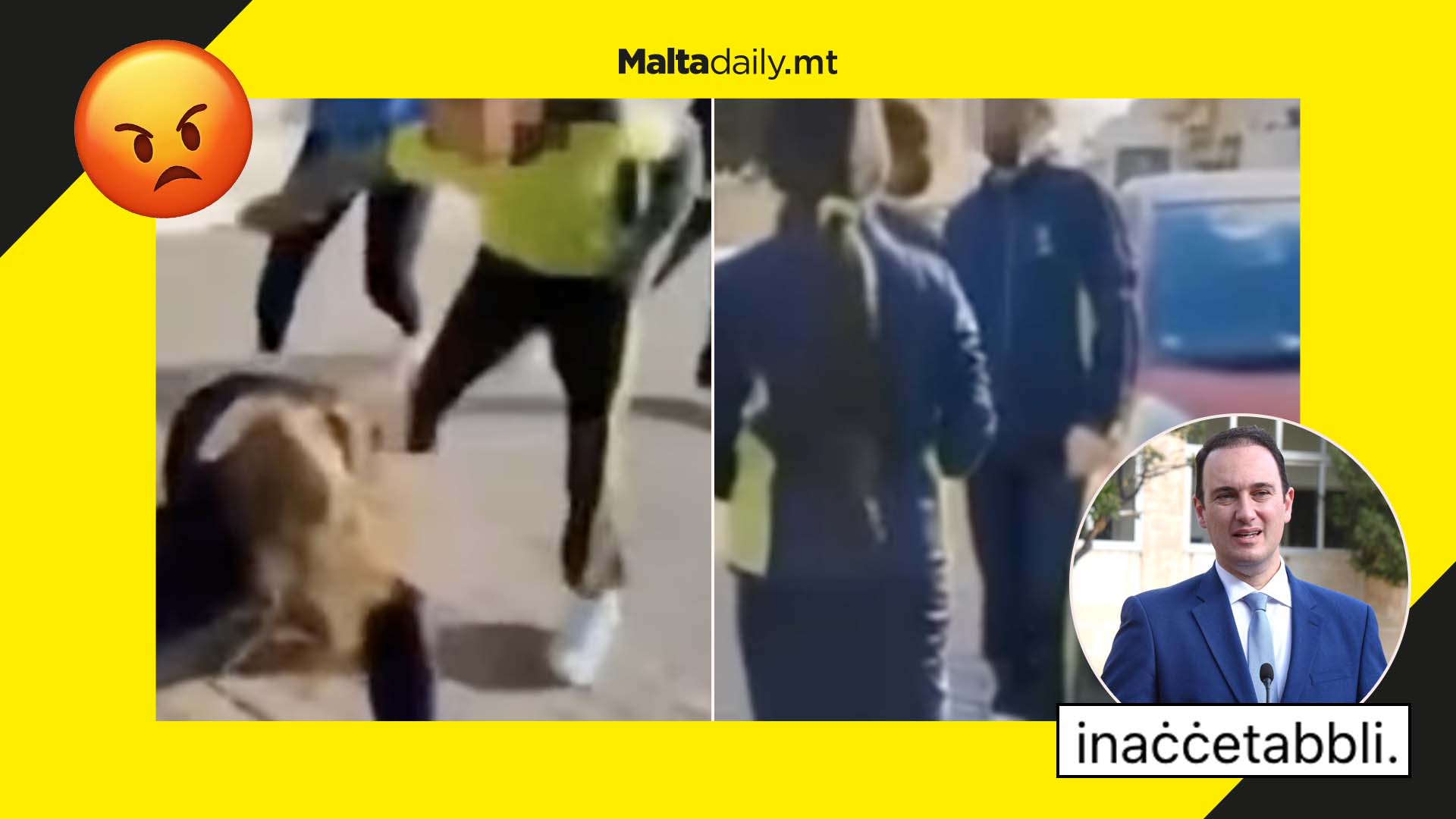 Malta’s Police Force has confirmed that it will be investigating the bullying case captured on camera of a young girl sent directly to newsroom Lovin Malta.

The police did not specify who it will be pressing charges against or interrogating, but the parents of the students involved in the footage will be held accountable, whether fully or somewhat, for the actions of their children.

District Police and Community Officers are currently, according to reports, working together with the school in question to address the situation. The incident also sparked an official comment by the recently appointed Minister for Education and Sport Clifton Grima.

Taking to social media, the Minister said that the footage which is circulating is unacceptable, and it is so ‘because the actions go against all the principles which we believe in. I condemn every form of violence or bullying and the necessary action in regards to the victim and the aggressors is being taken.’

‘Despite the filmed incident shows an episode which happened weeks ago away from the school premises, the ministry has, with immediate effect, taken action with the administration of the college appealing to authorities to introduce surveillance and presence in the area where the incident happened after school hours.’

Child Protection Services and the College Psychosocial Team have also been informed to contribute to the investigation. 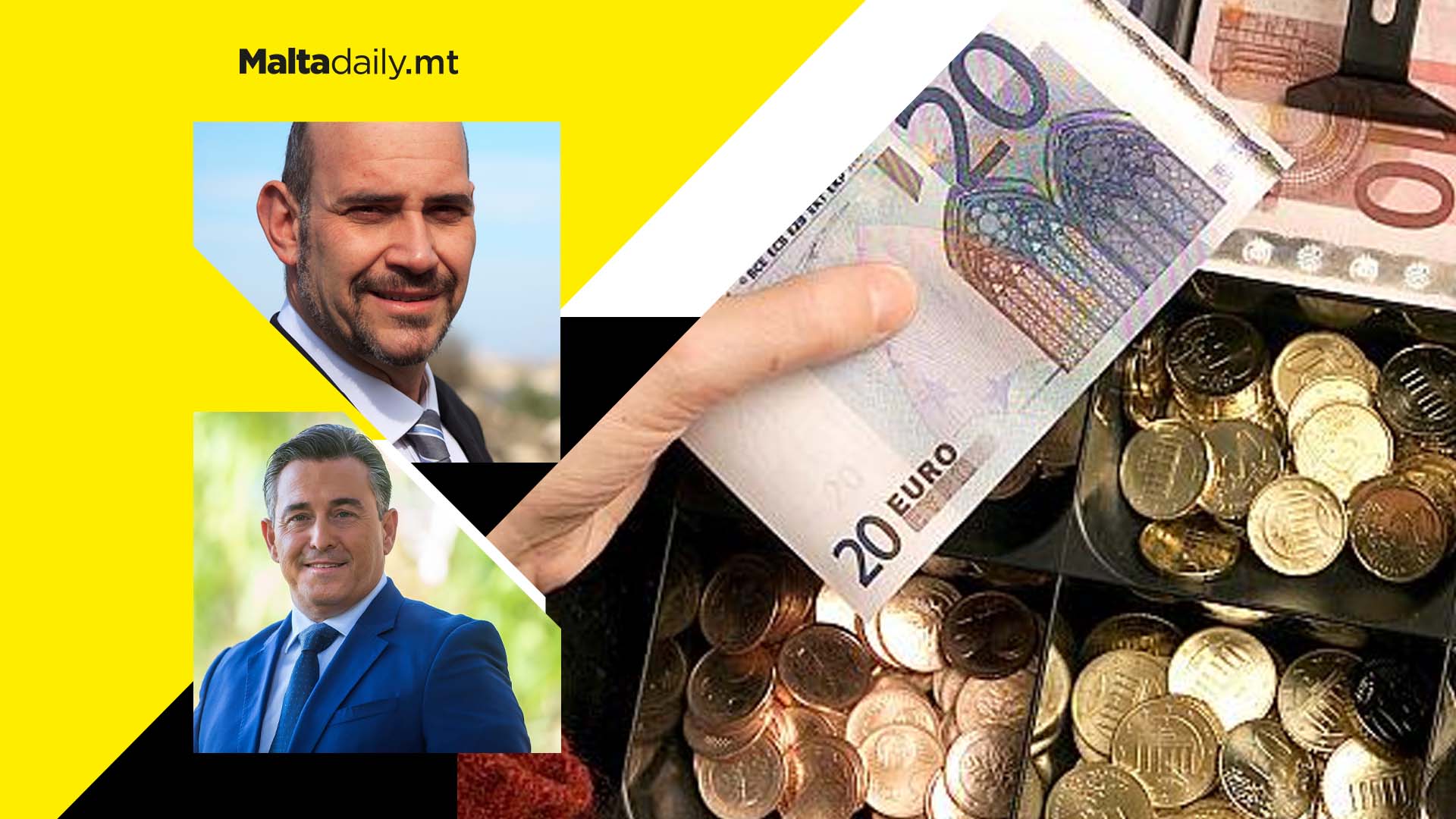 The Nationalist Party has proposed the introduction of a minimum living income in Malta which seeks to combat the reality of material good deprivation.

A proposal was put forth by PN MP Ivan Bartolo at a press conference titled ‘Living or Existing?’, during which Opposition leader Bernard Grech said that society had an obligation and a moral duty to observe the reality of those deprived of material goods.

The PN made public four proposals that would form part of its electoral manifest in areas tied to poverty and social justice. ‘We don’t want people working 40 hours a week stretching themselves thin over and above that just to put food on the table’ said Bartolo.

He said the Opposition was looking at several financial models which would see an adjustment in wages without straining taxpayers or employers but also giving low wage earners the possibility to attain a decent standard of living.

Saying that the party wants to have employers seeing raising wages as an exercise in getting more value from their employers, Bartolo said that investing in individuals and the work they are doing will result in them doing the work more efficiently and wasting less time.

The mechanism would seek to expand families’ disposable income, with more details expected to be announced in the run-up to a general election. The party also proposed setting up poverty watch coalitions between NGOs and government entities to have ‘realistic information on poverty and take timely preventive action.’

The party would also be committed to tackling the waiting list of homeless people currently waiting for a place in a shelter. With around 300 such people, he said temporary housing solutions would be found to prevent them from sleeping rough in the interim. Finally, the concept of corporate social responsibility in all sectors of business would be introduced.

Bernard Grech said that ‘we can boast about statistics that indicate that poverty is going down, but statistics do not feed those who are literally going hungry. There are thousands of people in this country who are simply existing and not living.’

Noting that the economy had substantially grown during the years preceding the pandemic, he also noted how the need for food banks and soup kitchens to cater for those unable to keep with rising costs also did.

“Some have told me that inflation is not just a Malta problem, but a global problem and this is why the PN has previously proposed setting up a fund that tackles issues like importation prices,” he said. 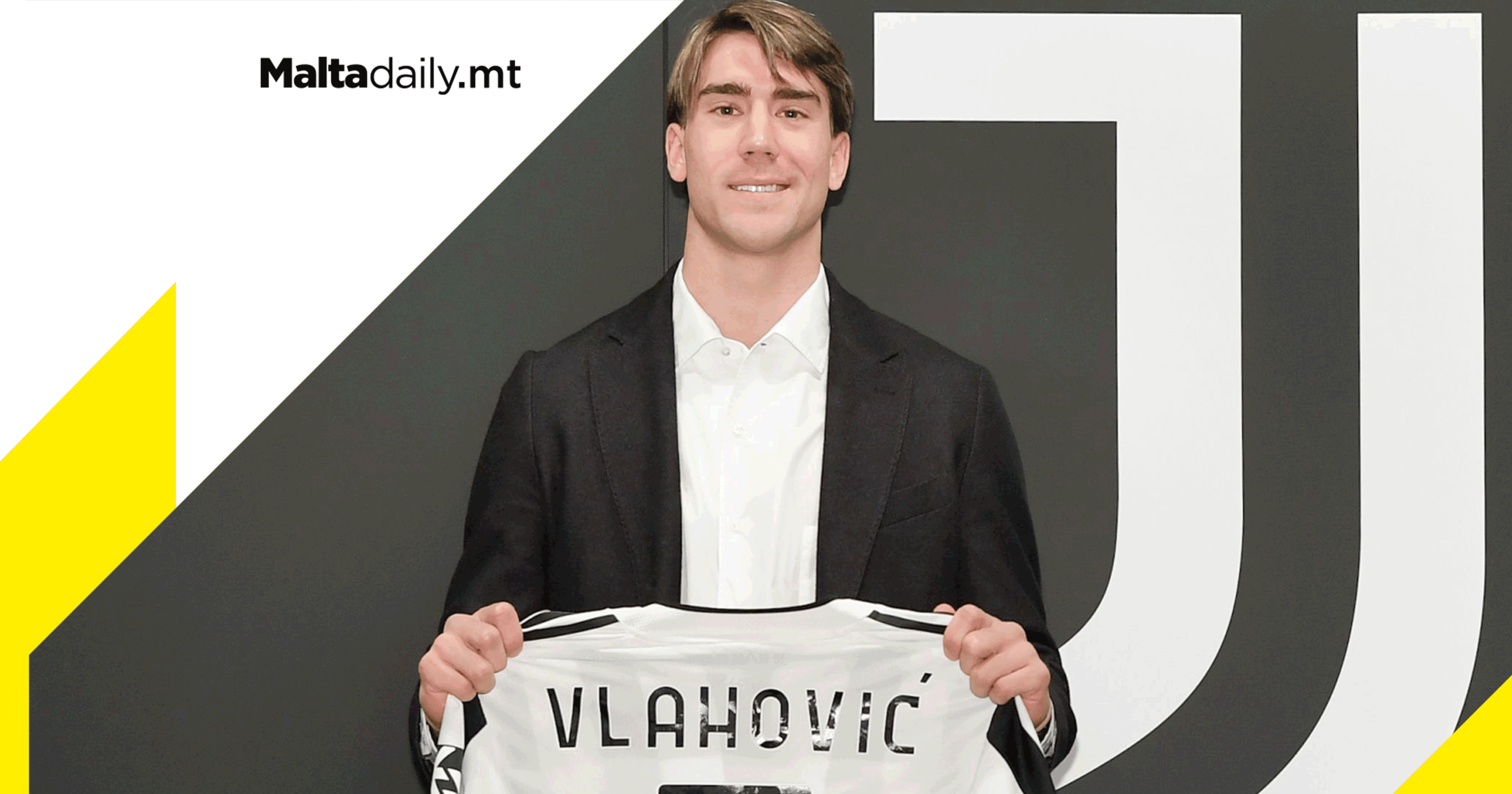 Juventus have completed the signing of Serbian striker Dušan Vlahović from rival club Fiorentina. He will take over the coveted no.7 shirt which was worn by the great Cristiano Ronaldo before his move to Manchester United.

The deal will reportedly cost the Bianconeri a staggering €80 million whilst they will pay the Serbian around €7 million a year. Juventus will first pay a fee of €70 million over the next 3 financial years whilst the rest of the deal will be payed in performance related bonuses.

Fiorentina wanted to sell their prime asset after he made it clear to the ownership that he didn’t want to extend his deal which would have expired in 18-months. He reportedly only wanted the Bianconeri, even rejecting opportunities from English clubs Arsenal and Tottenham. It was also reported that Fiorentina preferred to sell him abroad but were sort of forced to sell him to their historic rivals in order to get a price worthy of the player.

Vlahović had his breakout season last year scoring an impressive 21 goals in 40 appearances for Fiorentina and has continued his fine form by scoring 20 goals in 24 appearances in all competitions.