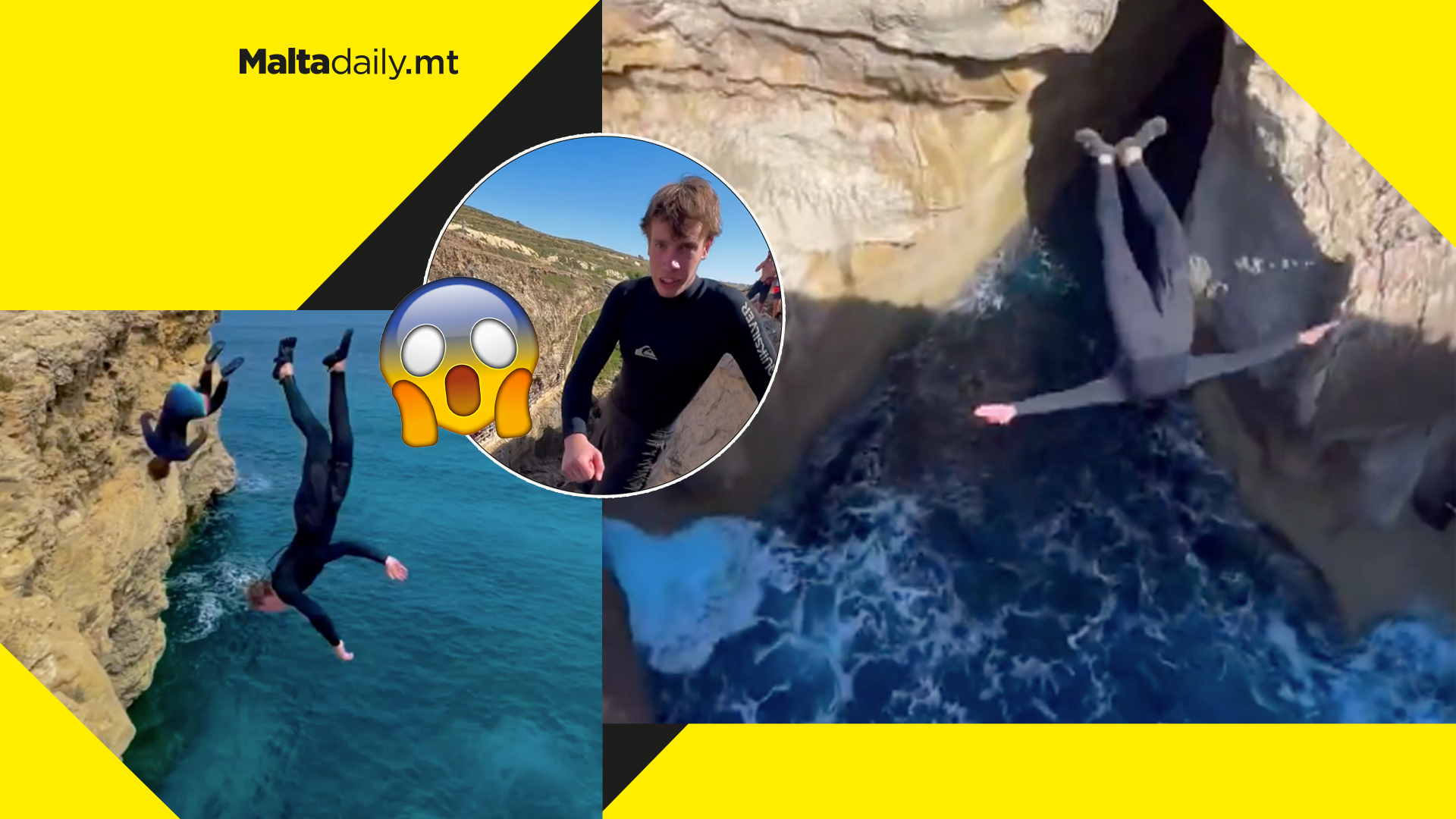 German cliff diver Hanes, along with a group of other adrenaline-seeking companions, has set his sights to Malta’s sea-side heights as his next challenge.

Hanes has been trying out some of Europe’s most challenging cliff-dives along with his friends, performing stunts and flips as they soar off the edge into the water.

Malta is no stranger to cliff divers as it offers adrenaline junkies some of the tallest edges to leap off of as well as crystal blue seas to welcome the dive. Hanes was filmed hitting some notable points around Malta and Gozo, making every dive look effortless.

However, there is a dark side to Malta’s cliff diving history, as several reports throughout the years highlighted injuries, reckless behaviour and even death as the thrill seekers sought out their next stunt.

Back in 2011, a video was uploaded by young British tourists as they jumped off areas such as it-Tieqa in Dwejra. Some ended up with back injuries, with one even having to be airlifted to Mater Dei hospital after jumping off a building forming part of Lazzaretto in Manoel Island. 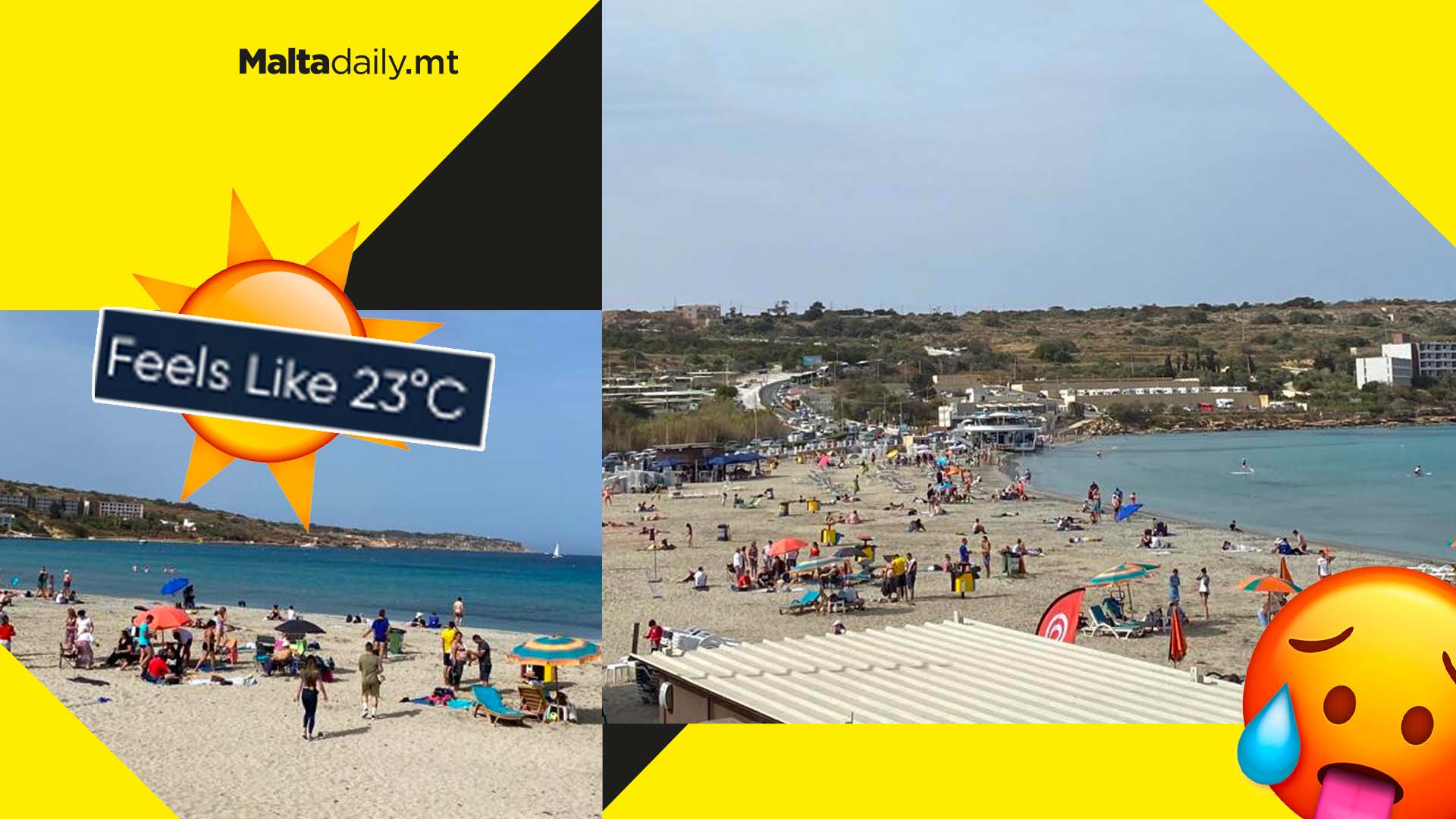 Mellieha’s Ghadira Bay saw a substantial turn out of beachgoers over the weekend, propping up their deckchairs and umbrellas to welcome the summer weather.

These first three days of the week starting 25th April are set to feel like 23 degrees Celsius – a massive shift from last weeks chilly winds which also posed a bit of a safety hazard.

The weather is also set to remain sunny and fair, with UV also kicking up to 8 and 9 by Wednesday. So it is finally time to bring out the sun cream, towels and sunglasses and head to the closest bay or beach.

However, the week is not set to remain as sunny as the way it started. A possible thunderstorm is expected for Thursday, followed by a cloudy weekend. If that isn’t confusing, we don’t know what is.

Car stuck in sand at Mellieha Bay as summer kicks in 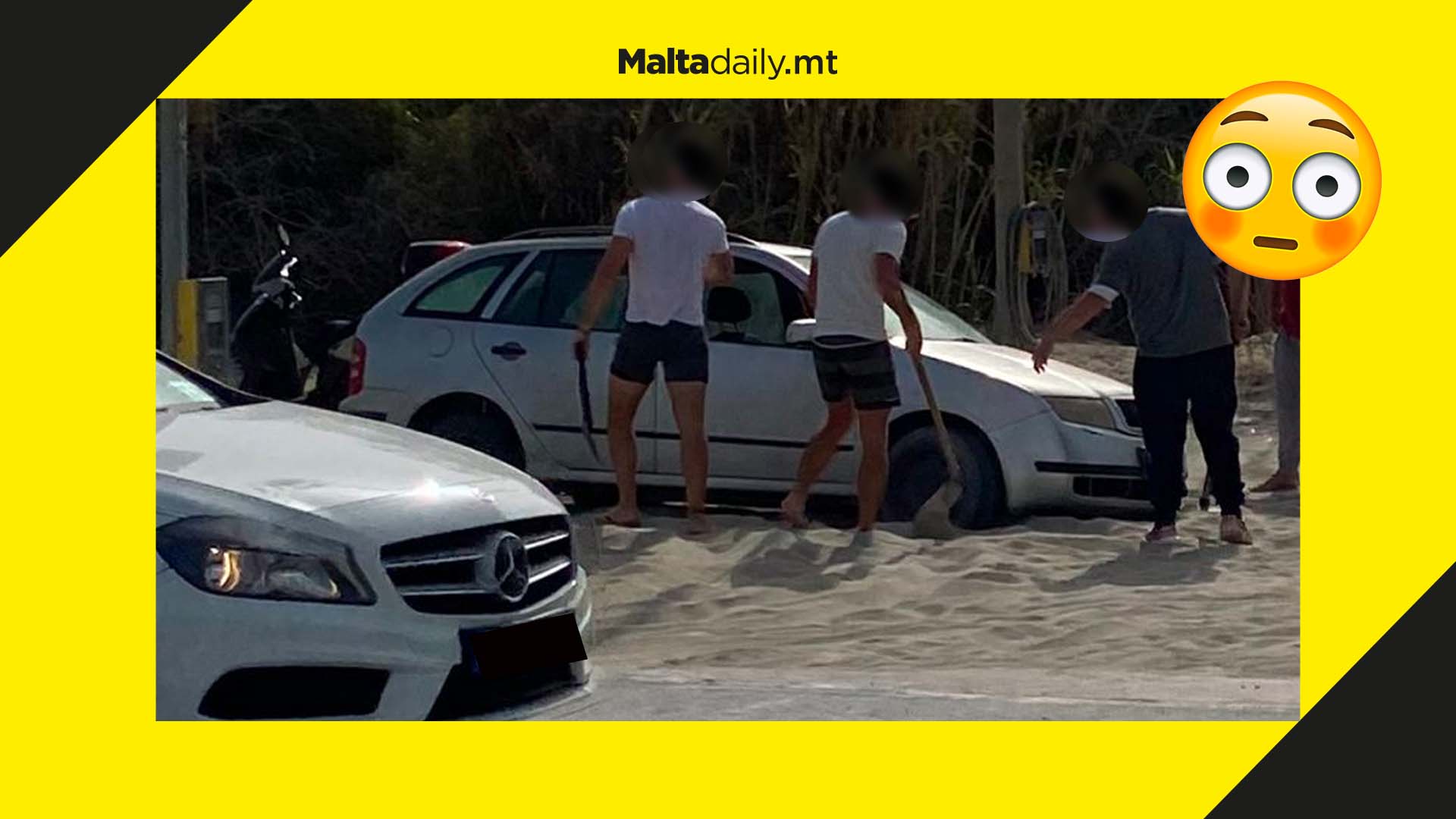 As Malta seems to be bracing for a sudden shift towards some long-awaited summer vibes, it seems as though the winds were way ahead of us.

The rough winds, racking up to Force 9 and 10 by the end of last week, blasted sand all over streets of Mellieha. This lead to one poor fellow’s car getting stuck in the sand, despite efforts by the clearing department to clear the roads.

Images show people surrounding and trying to pull out a car out of a massive pile of sand, which formed after the winds whipped up a mini sandstorm.

This comes as people start to flock to bays, one of them being the island’s iconic Golden Bay, to enjoy the sunlight, heat and sea.

2021 was the deadliest in five years 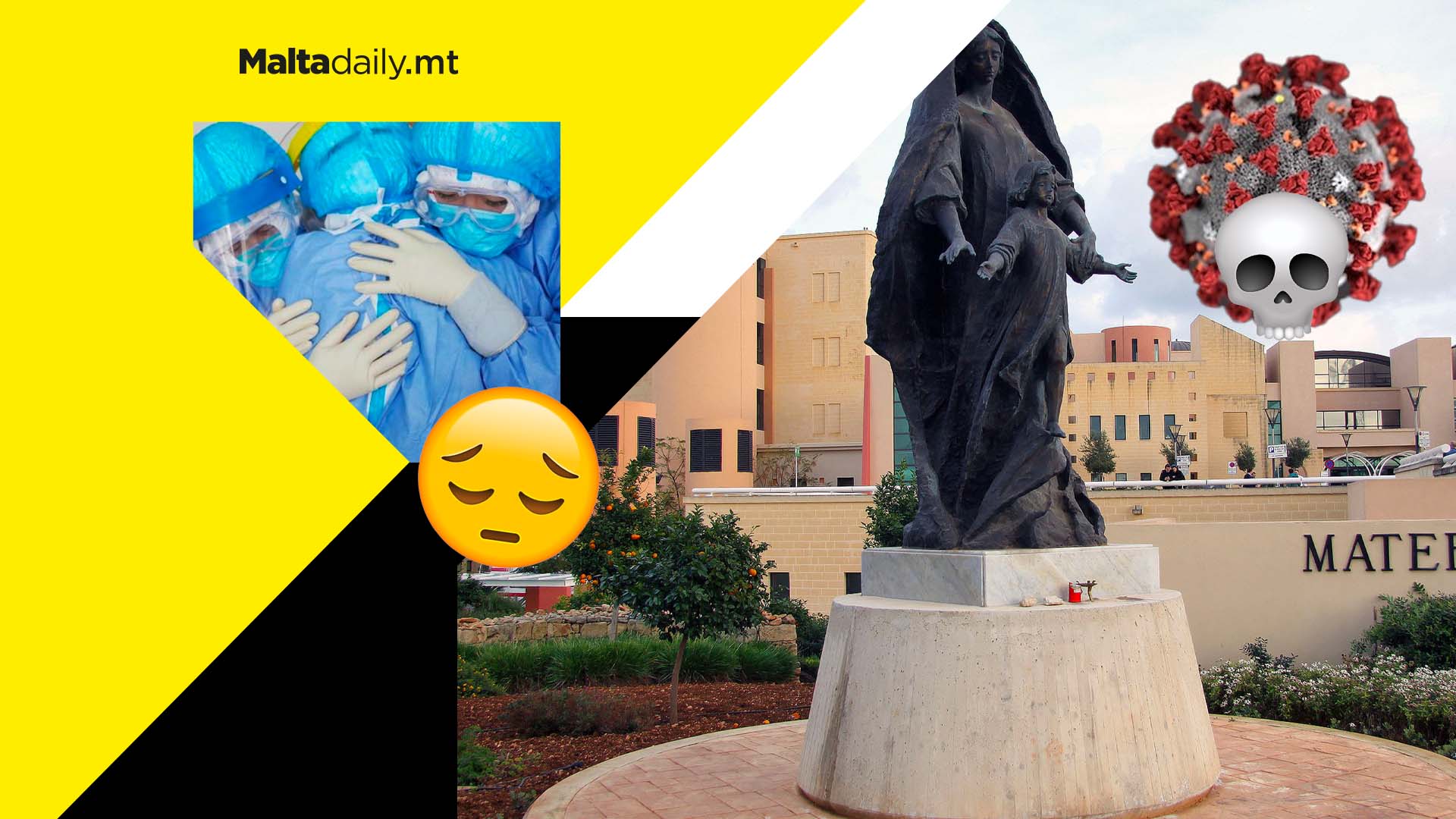 Last year, 2021, Malta registered the highest number of deaths in five years, as it recoded a massive rise in the mortality rate recorded during COVID-19’s second year.

According to Eurostat, figures show that the percentage of additional deaths was significantly higher in 2021 than 2020 and when compared to pre-pandemic 2016 to 2019.

In March of last year, more than 32% of additional deaths over the pre-pandemic period were registered. In 2020, the first pandemic year, the same figure stood at 16.7%.

The situation seemingly improved in the last four months of 2021, whereas in 2020, the last quarter of the year saw the most deaths. The rate started dropping significantly the following year.

In December, the rate was registered at 18.8%, which was lower than that for the same month in 2020, which saw a 40% death uptick. Health sources say that the excess death reflected the increase in COVID-19 case spikes.

Since the start of the pandemic, Malta registered a total of 688 deaths. Health authorities insist that the vaccines played a major part in keeping the mortality rates at bay. According to Charmaine Gauci, only 51% of COVID deaths were caused by the virus in April.