WATCH: “We have a baby in mummy’s tummy”; Ben Camille & family announce their newest addition 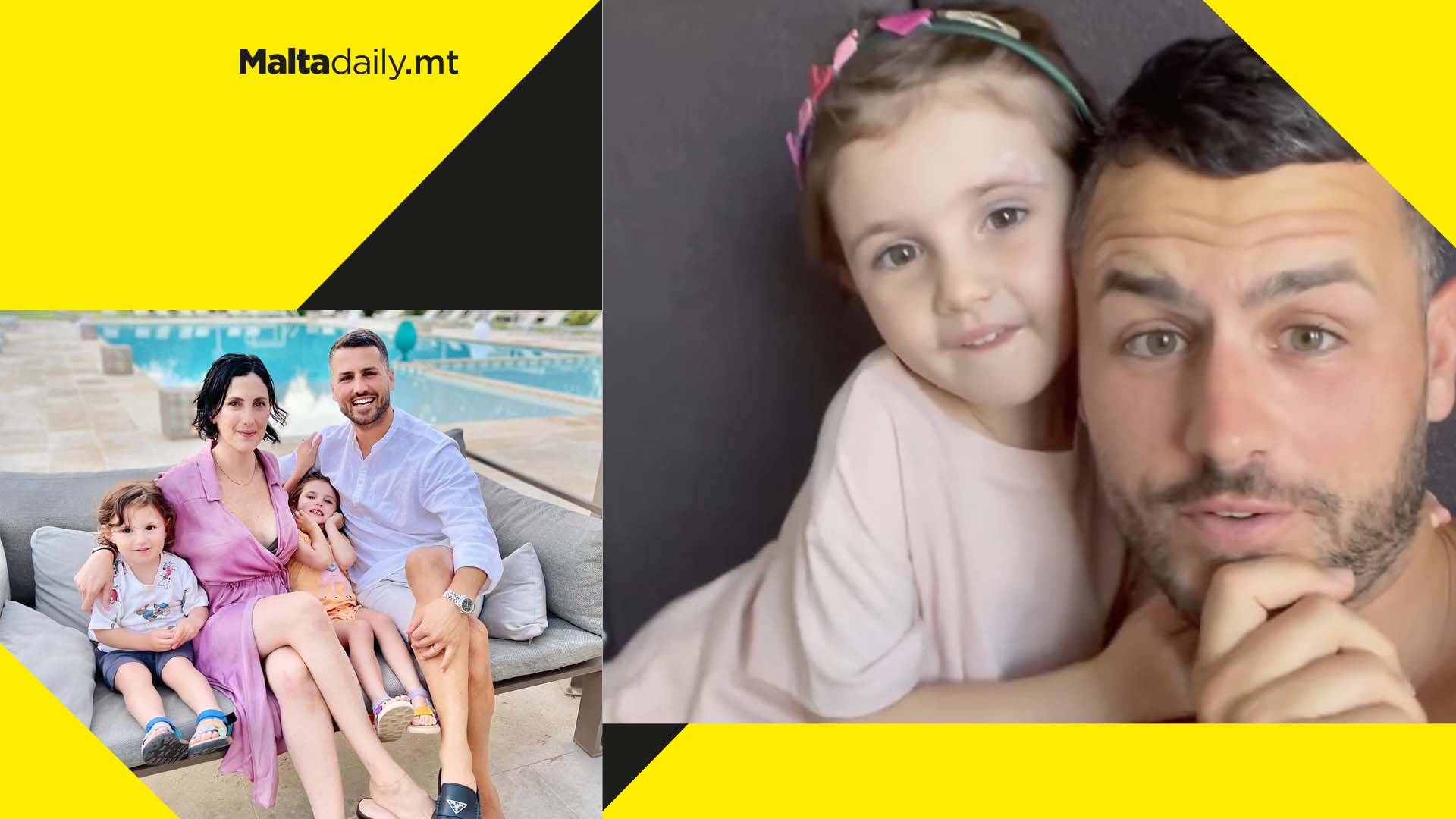 In what has been one of the most wholesome moments in local news, Ben Camille, Christina and their two children have announced a new addition to their family.

“We have a baby in mummy’s tummy”, older sister Elle said in a wholesome video posted by Camille himself, with younger brother George sharing the excitement as he sat next to his family.

“Exciting new to share with you all…” Ben stated before brushing over a number of new projects before hinting at “something extra special on the way too,” welcoming a flurry of congratulatory comments on the video.

With a new TV show on TVM, a new online Home & Design show and another baby Camille on the way, here’s wishing Ben, Christina and the rest of the family a bright future! 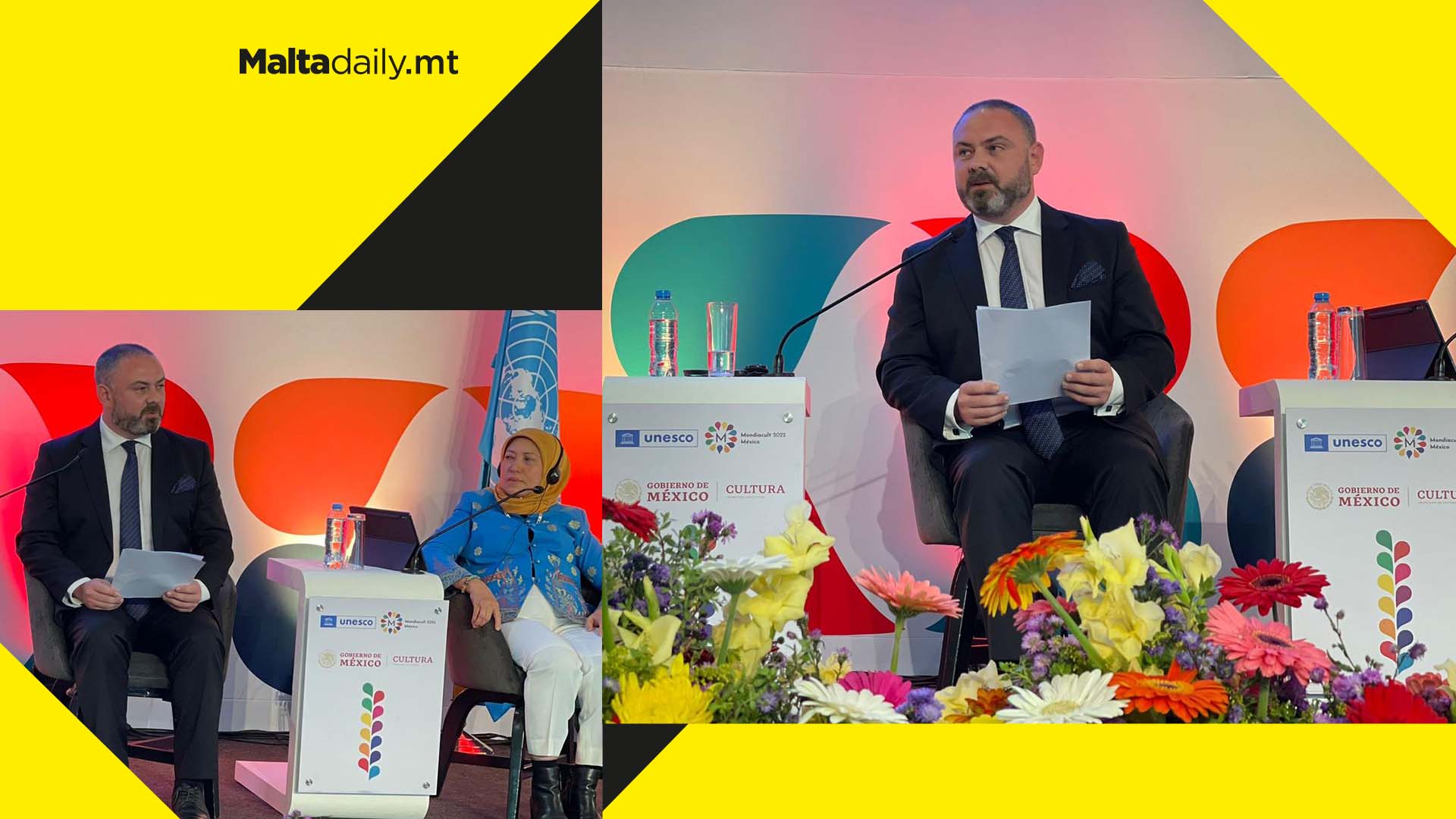 Malta has always been very conscious of its strategic geo-political importance in the Mediterranean region and is determined to keep fostering viable cultural links across this region as pathways to bring people together, enhance social cohesion, and push forward wellbeing for a better and more sustainable future.

This was stated by the Minister for the National Heritage, the Arts and Local Government Owen Bonnici while participating at the UNESCO World Conference on Cultural Policies and Sustainable Development – MONDIACULT 2022 in Mexico City.

The conference is taking place 40 years after the historic 1982 MONDIACULT Conference and 24 years after the 1998 Stockholm Conference – both convened by UNESCO – and has the aim to discuss the future of cultural policies and to reaffirm the commitment of the international community in the face of the urgent and complex contemporary challenges in our multicultural societies.

During his intervention, Minister Bonnici said that Malta’s cultural and creative ecology has developed throughout the centuries, and it forms an intrinsic part of many aspects of the Maltese society, such as our language, art, and history. He explained that this development continues unabated nowadays, with Malta’s continuous work towards the strengthening and flourishing of culture and the arts.

He stated that it is crucial to keep those who operate in the sector at the centre of all the work that is undertaken and mentioned various initiatives undertaken by the Government of Malta in terms of funding mechanisms which allow creative professionals to embark on their projects. He also made reference to the new cultural policy, published this year, which embraces culture and the arts as a path that leads to the development of more meaningful links on various levels.

“To date, our contribution in the cultural and creative sectors is growing at a steady pace. Special measures were implemented to support the sectors during the pandemic and now that we are looking ahead, we have introduced more funding mechanisms, we have fostered community-led opportunities and cross-sectoral collaborations and strengthened international artistic exchanges and collaborations”, stated Minister Bonnici.

The minister concluded that Malta is determined to not only provide a solid contribution to the cultural ecology of Europe but to also create viable cultural links across a region. 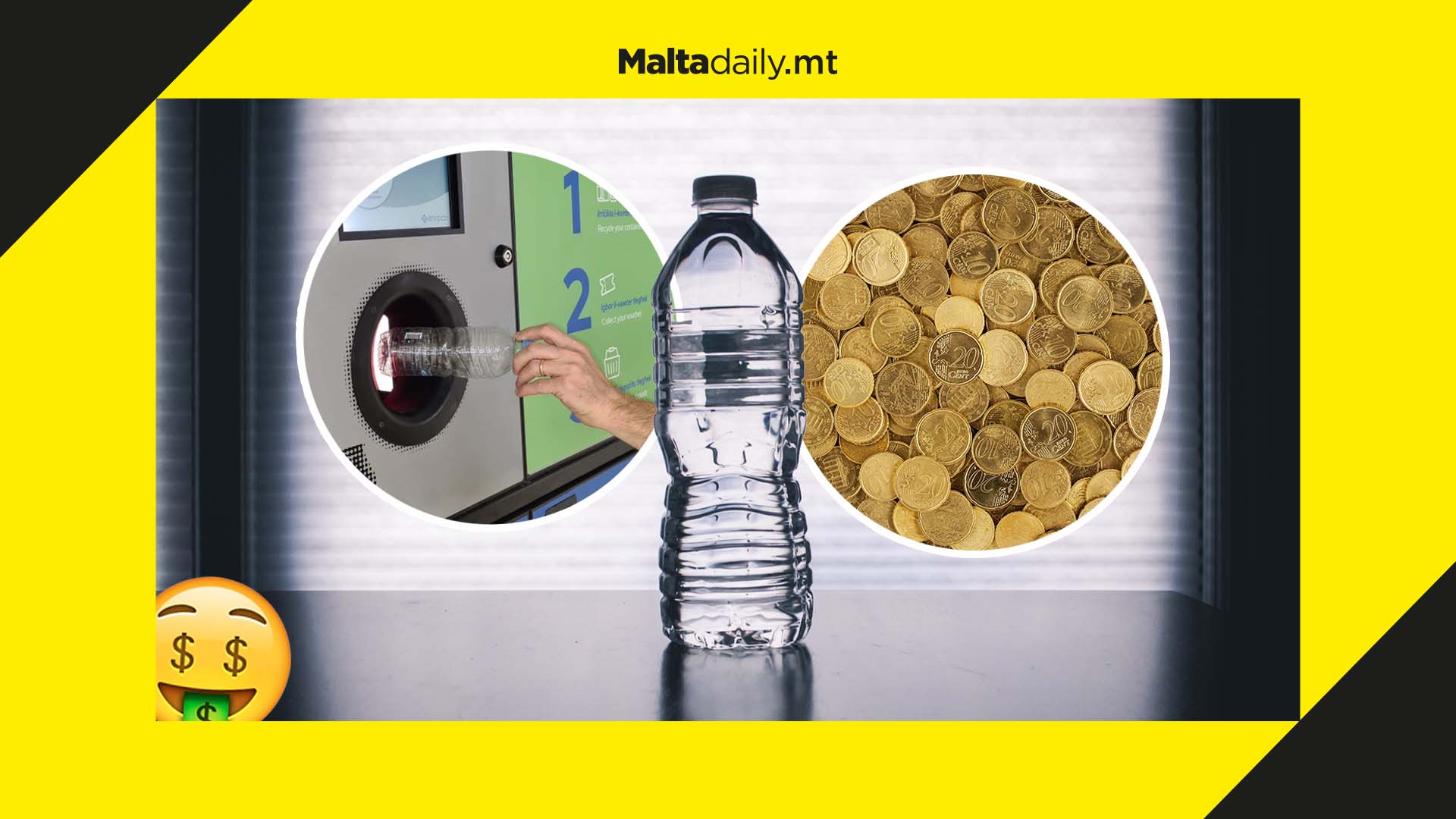 The Beverage Container Refund Scheme is set to go live on Monday, 14th November 2022 and by participating, you’ll be able to make money whilst helping save the planet.

The system will see the installation of 320 Reverse Vending Machine (RVMs) across Malta and Gozo, where consumers will be able to deposit empty beverage containers and get €0.10c per unit in return in the form of retail vouchers at outlets that sell such containers.

This system aims to incentivise the public to dispose of, and recycle, their waste properly and sustainably whilst discouraging the waste of plastic and other environmentally-harmful materials. This incentive will also contribute to Malta’s 2026 aim of collecting 90% of single-use drink containers for recycling.

The scheme will collect and recycle plastic, steel, aluminium or glass beverage containers from 0.1 litre to 3 litres including water, flavoured water, carbonated and non-carbonated soft drinks, ciders, beers, malt beverages, ready to drink coffee and dilutables, amongst others.

Thanks to this scheme, which will go live in mid-November, you’ll be able to save money whilst saving the planet.

TAG SOMEONE WHO NEEDS TO SEE THIS.

GO With First Ever Library of Maltese TV Content 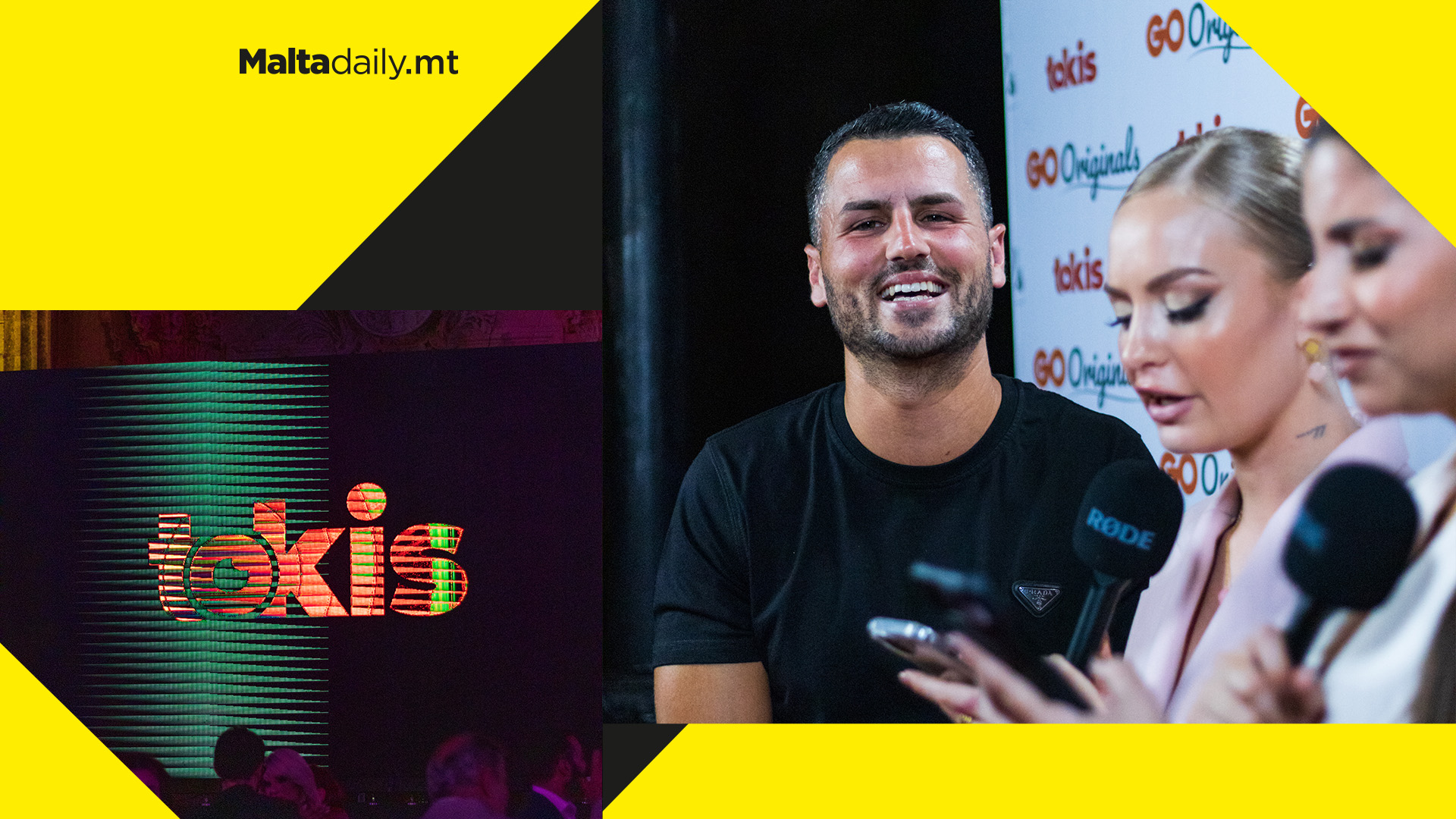 GO has launched its brad new Maltese television channel TOKIS, the first ever library of local television content, which to date already features over 1000 hours of Maltese drama productions, available to all GO TV customers.

“TOKIS: A significant milestone in the evolution of Malta’s television”

“To date, we have already registered over 1.7 million views of the existing content since this started airing as video on demand on GO’s TV platform,” announced Antonio Ivankovic, Chief Commercial Officer of GO.

Describing the official launch of TOKIS as a significant milestone in the evolution of Malta’s television history, Mr Ivankovic explained that GO’s investment to deliver more Maltese productions on its TV platform stems from the fact that “statistics clearly show that the Maltese community has a clear and strong appetite for local TV content, in particular drama.”

“Since we started our TV journey back in 2007, we focused a lot on the technology, the platform, and the user interface. We knew that if we really wanted to give our customers the experience they were after, we had to deliver more of the content they loved. We  also recognised the financial and other resource constraints the industry was facing, limiting the number of dramas that could be produced yearly,” explained Mr Ivankovic.

“We have the technology, the resources, and the demand, so we knew that content had to be the next step in our customer’s experience. So, we not only purchased more of this content, but we also committed a €1 million every year to support the local film industry to deliver new and richer content for our customers and provided the space where this rich content could be maintained,” he added.

TOKIS provides a mix of both new and pre-existing TV content, thus extending the lifespan of such content, allowing some viewers to revisit content they previously enjoyed, and others to enjoy it for the very first time.

In total, 6 new local productions will have been made available on GO’s TV platform until June of next year.

The period drama Chalet, announced in December of last year, was the first announced production in collaboration with GO followed by the announcement of the popular TV series Iċ-Ċaqqufa which will return exclusively to GO Originals this coming December.

In June, GO launched l-iSpettur Leonard, a spin-off from the popular series Simpatiċi. The latest exclusive production was LUNA, which will also air on TOKIS as from this October.

“People are bombarded with different content, across different platforms, most of which is foreign.  Today, thanks to TOKIS one can be proud of the rich content available, in the Maltese language, which is available to the local community. It is our way of preserving our heritage, our culture, our language,” concluded Mr Ivankovic.

TOKIS is now available to all GO TV customers as part of their basic package.