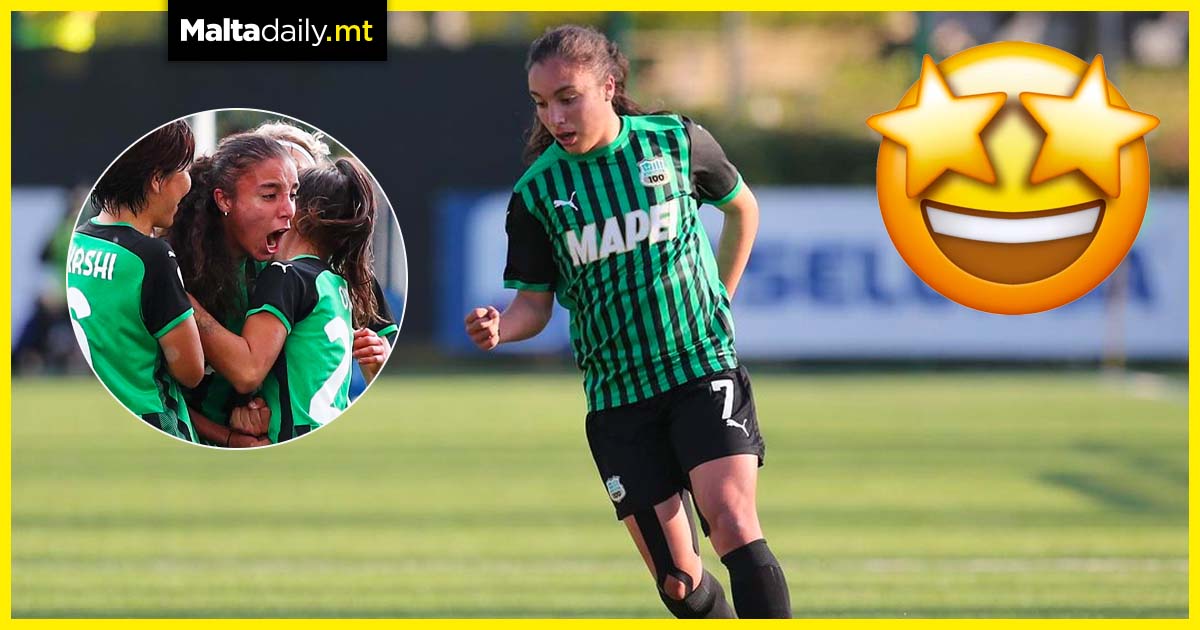 We never get enough of Haley Bugeja’s on-pitch skill – this time, she opens her 2021/2022 play at Sassuolo with a goal in the first half.

The Malta women’s international forward found the net against Napoli in the Serie A Femminile as Sassuolo kept their lead against the opponents at half-time.

The 1-0 score was maintained right till the end by the Neroverde, with Bugeja marking her 13th goal for Sassuolo since joining the club last season.

The team remains second at 24 points, just three behind leaders Juventus. They will face this football rival in their next league game on the 4th of December.

Bugeja’s first Serie A goals last season were against Napoli as well, with the Maltese talent scoring on her professional debut, bringing Sassuolo’s score at 3-1.