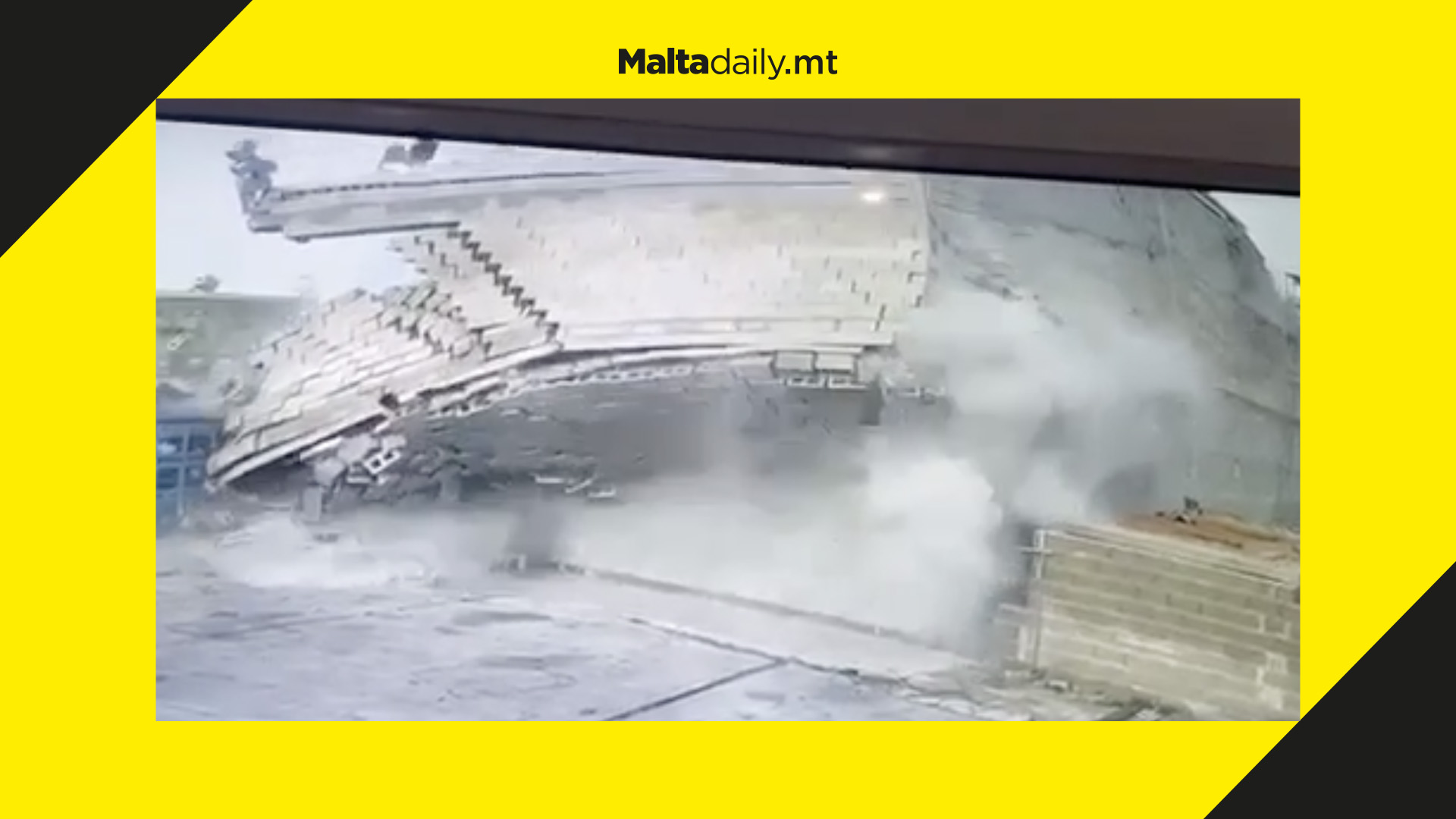 Newly-surface footage shows the exact moment a building within the Corradino Industrial Estate in Paola collapsed on Saturday morning.

Five workers were rescued from the wreckage of the building whose structural integrity was compromised, all while the delicate operation continues to find the so-far missing sixth person.

Civil protection officials and a medical team were on site within moments of the incident, with three of the men currently being treated at Mater Dei’s intensive treatment unit after suffering critical injuries, another suffering grievous injuries while the fifth individual is currently being assessed.

The public is being advised to avoid the area. 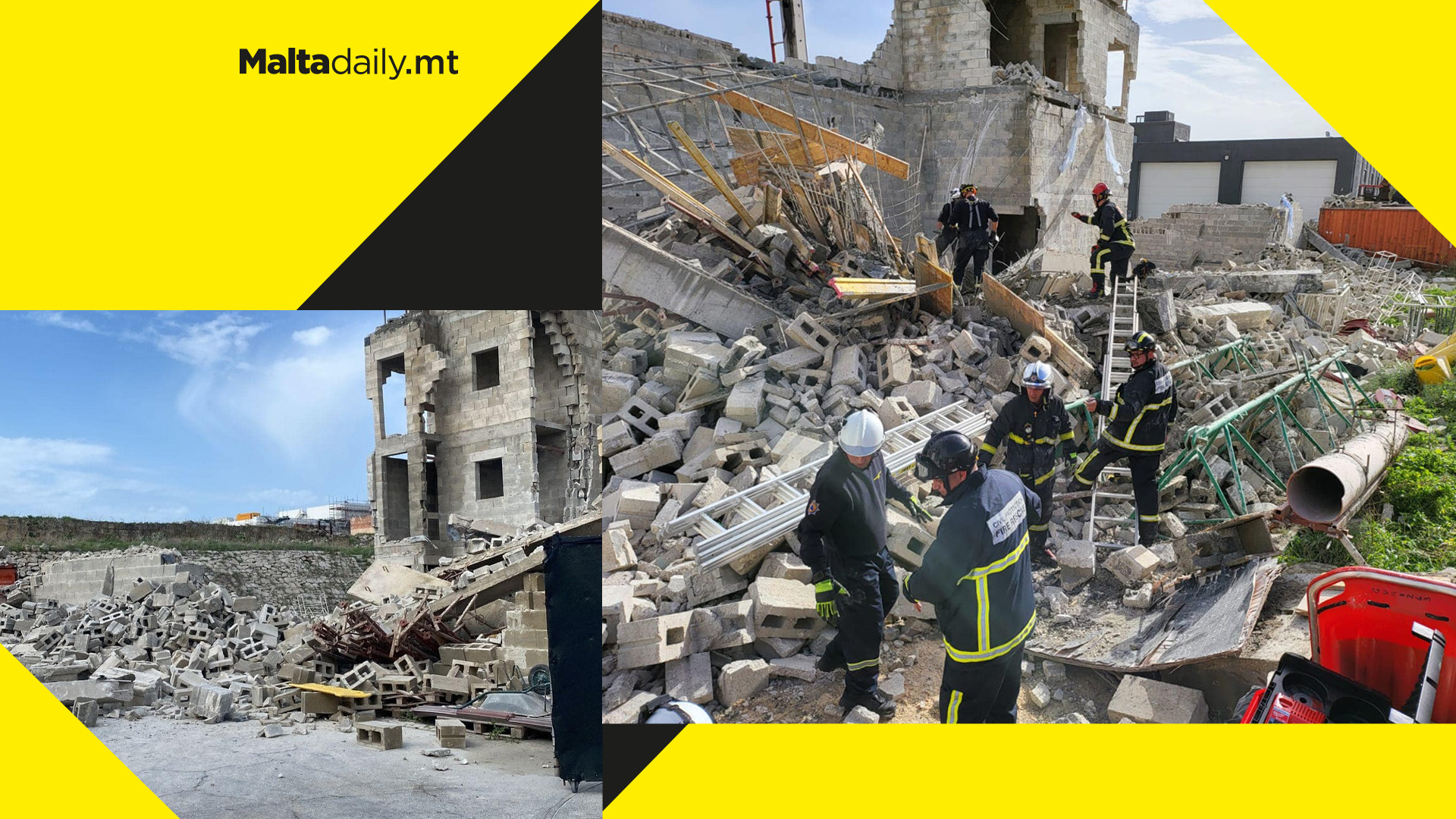 UPDATED 11:45: A total of five workers have been rescued from the rubble, Minister Byron Camilleri has reported.

A delicate operation is currently underway to rescue five workers who are reportedly trapped in the remains of a collapsed building in the Corradino Industrial Estate.

Reinforcements from within the Civil Protection Department as well as a medical team were called after part of a factory caved in at around 10:15am. Minister for Home Affairs Byron Camilleri stated that four people were successfully extracted from the debris, urging bystanders to avoid the area at all costs.

Another video posted to social media claims that the incident took place while on-site workers were pouring concrete, showing a worker hanging on for dear life as a crane slowly arced onto the rubble. 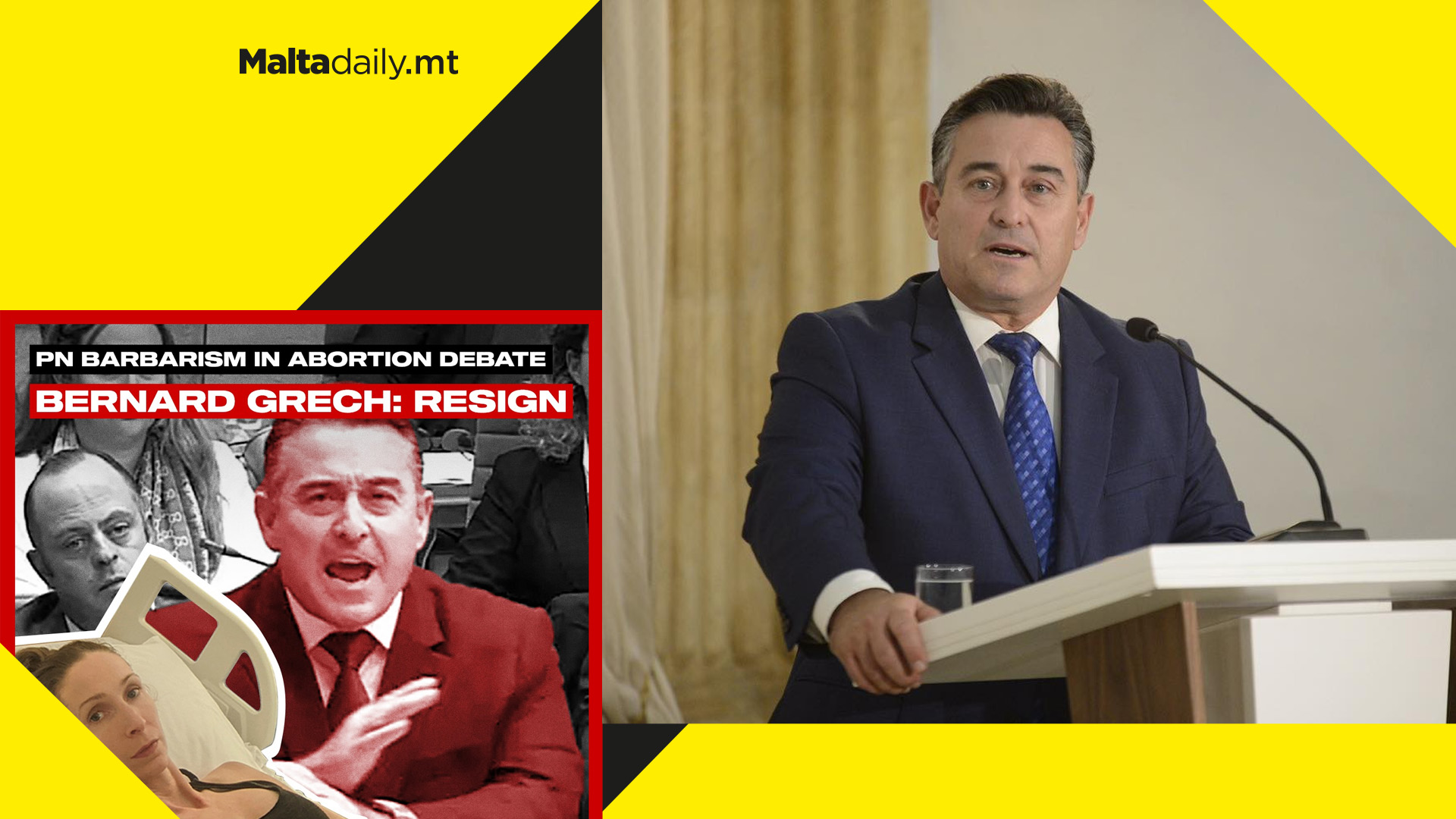 Activist group Moviment Graffitti is calling for the immediate resignation of PN leader Bernard Grech, together with an apology from the party for his recent comments regarding Andrea Prudente.

In what they have described as a ‘barbaric disparaging of a woman mourning a wanted pregnancy’, Moviment Graffitti have expressed their frustration at Grech’s way of discourse, after he “mocked the surname of Andrea Prudente who lost a wanted pregnancy, one that both she and her partner cared deeply about and wanted to celebrate.”

The activist group are holding the PN leader responsible for the encouragement of public descent into aggressive and violent amoralism, all while the entire country debates the ongoing parliamentary discussion on abortion reform.

“We insist that European Parliament President Roberta Metsola, in remaining silent on this matter, has failed to use her position of power and the global platforms available to her to shield the women of Malta and Gozo from the public oppression, humiliation and shaming inflicted upon them by her colleagues in the PN Opposition during this dark week,” the statement read.

The PN have remained committed to their position on ‘saving the lives of mothers’, with Grech himself stating that ‘no reporting will change the truth’ in Parliament before going on to appeal for agreement to ‘gift’ the public with an agreement which he claims will help society.

“You have the chance to bring national unity instead of national division”, Grech stated in a recent video posted to his Facebook page. 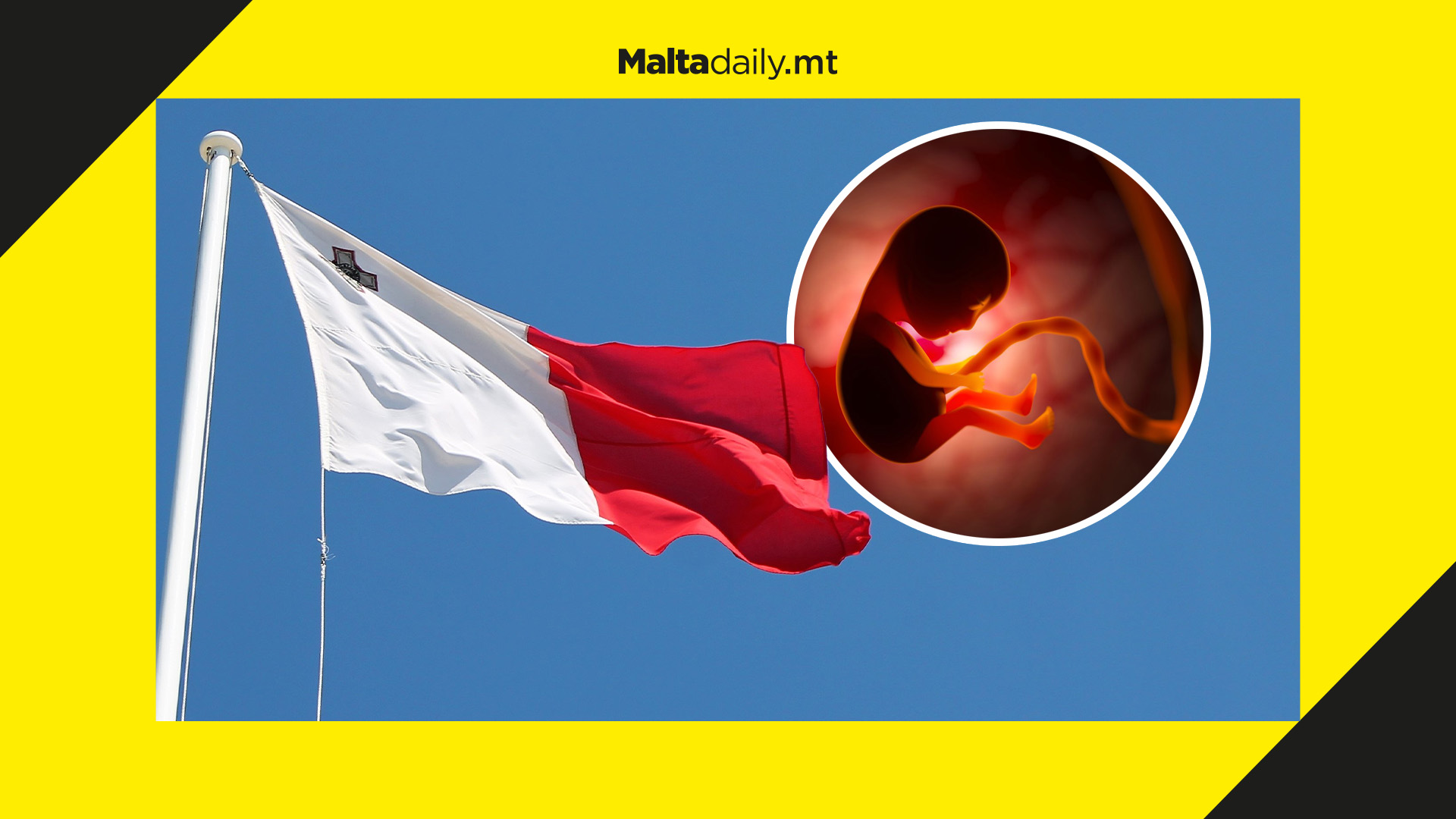 In light of the current national and parliamentary discussion on abortion and reproductive health, the Malta Sociological Association (MSA) has issued a press release appealing for further deliberation on the matter.

“MSA is conscious of the divergent positions on the matter, sometimes even within the same groups, organisations and institutions,” the statement read. It went on to urge for parliamentary consensus in favour of more deliberation with political parties and civil society organisations but also experts and other stakeholders beyond the public sphere.

Such deliberation may expand the horizons of discussion and “recommend possible ways forward on this sensitive matter, including on how decisions can be taken in the legislative and policy processes.”

The ongoing parliamentary abortion debate tackles the government’s abortion law amendment which will allow abortion in circumstances which risk the woman’s life or health.
What is your position on the matter?
#MaltaDaily
TAGS: Abortion, malta, Malta Sociological Association