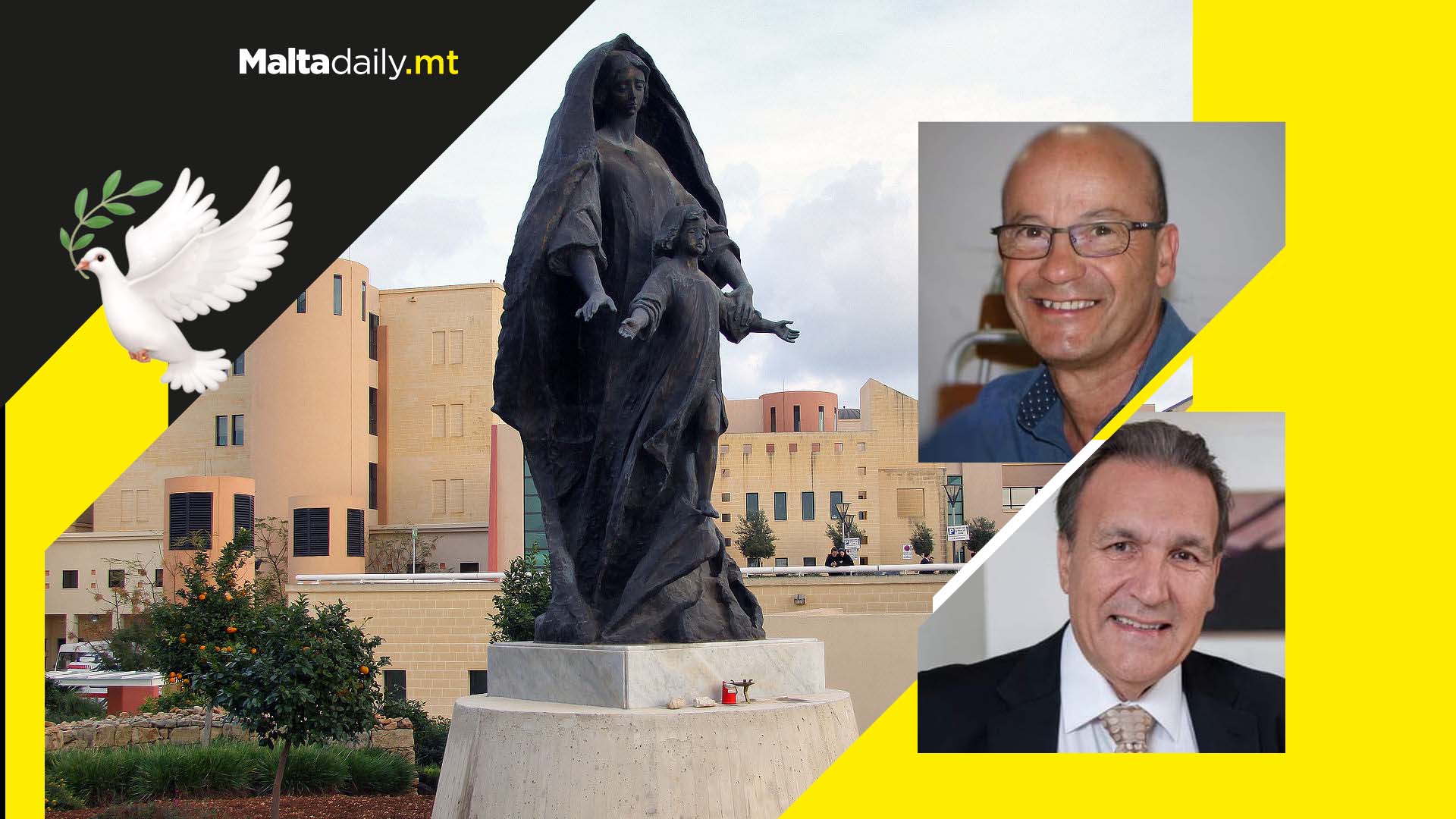 Two departments at Mater Dei Hospital will be named after two medical professional giants who recently passed away – Victor Calvagna and Albert Fenech.

Health Minister and Deputy Prime Minister Chris Fearne announced the news today in Parliament. The Cardiology Department will be named after Fenech, who was Malta’s foremost cardiologist.

Having passed away on the 28th of December 2021 aged 70, Fenech helped establish the department in 1995 and worked there until 2015. He also served as a PN MP between 2013 and 2016 before resigning to seek private work abroad.

Victor Calvagna will in the meantime have Mater Dei’s Children’s Department named after him. A well known oncologist, he was the president and founder of Puttinu Cares.

He was fatally injured after being hit by a car in Qawra. He succumbed to his injuries on the 4th of January at the age of 63.

Mater Dei’s Orthopaedics Department will also be named after specialist Charles Grixti and the Żabbar Health Care Centre will be named after Anġlu Psaila. 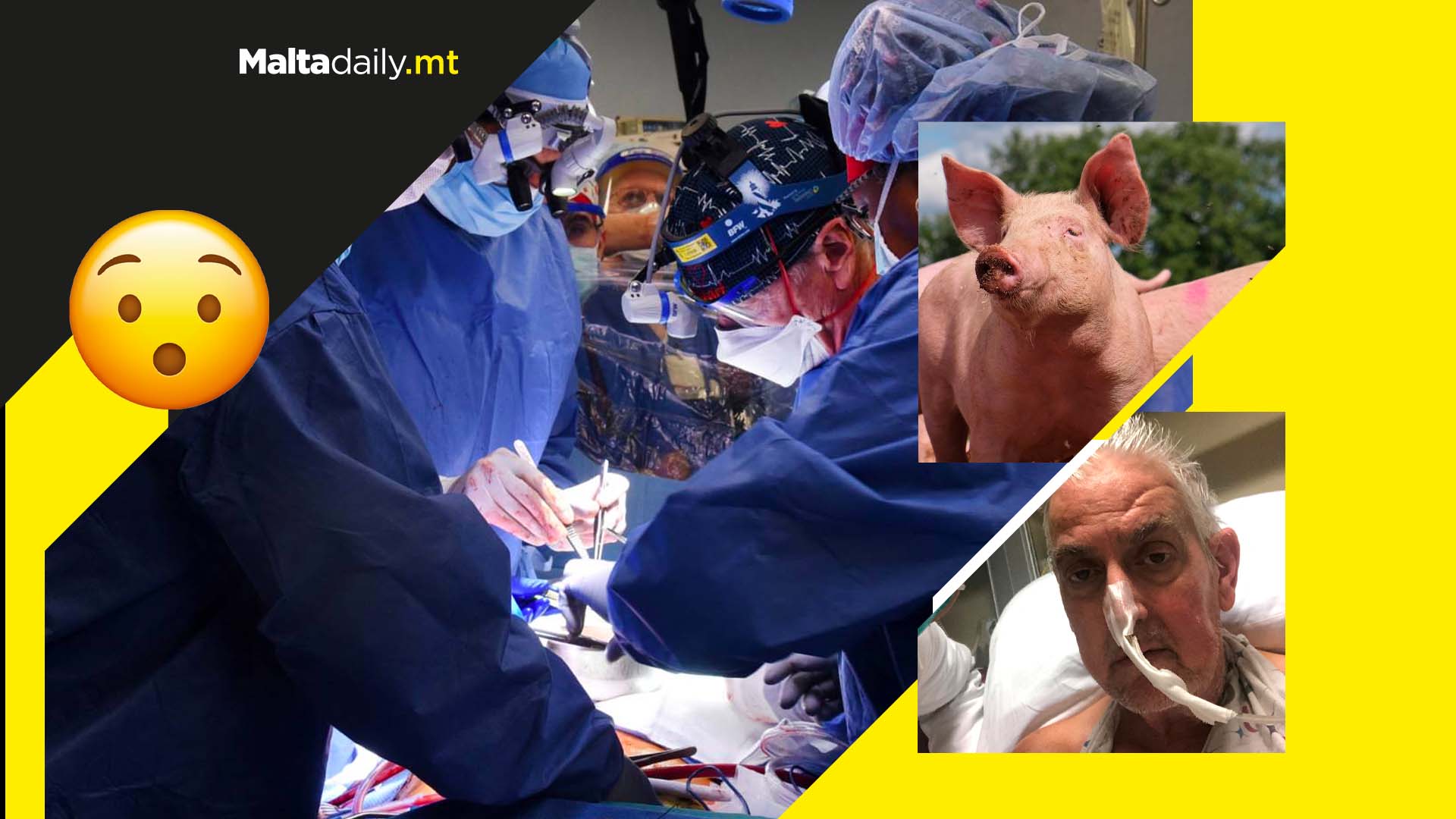 In a historic medical first, Maryland doctors have successfully transplanted a genetically modified pig’s heart into a human patient in a last-ditch effort to save his life. Doctors at the University of Maryland medical centre stated on Monday that the patient was doing well three days after the highly experimental surgery. However, it is too soon to know if the operation has been a success.

However, whether a scientific victory or not, the transplant marks a massive step ahead in the quest to one day use animal organs to conduct life saving operations. Doctors said the transplant shows a heart from a genetically modified animal can function in the human body without immediate rejection.

David Bennett, the 57-year-old patient, knew that there was no guarantee the experiment would work. However, he was dying, ineligible for a human heart transplant and had no other option. He described it as a shot in the dark which could potentially just have worked. On Monday, the patient was breathing on his own while still connected to a heart-lung machine to help his new heart. The next few weeks will be critical as Bennett recovers from the surgery.

Scientific director of the university’s animal-to-human transplant program Dr Muhammad Mohiuddin said that if this works, there will be an endless supply of these organs for patients who are suffering. Previous transplants from animals failed, particularly one in 1984 wherein a dying infant lived 21 days with a baboon heart.

What could be different this time is the fact that the pig heart underwent gene-editing to be more suitable in a human body. Doctors are still cautioning it as a tentative step into exploring whether this type of procedure, called xenotransplantation, finally works. What do you think?

Should we send a Maltese song to the Eurovision Song Contest in Turin? 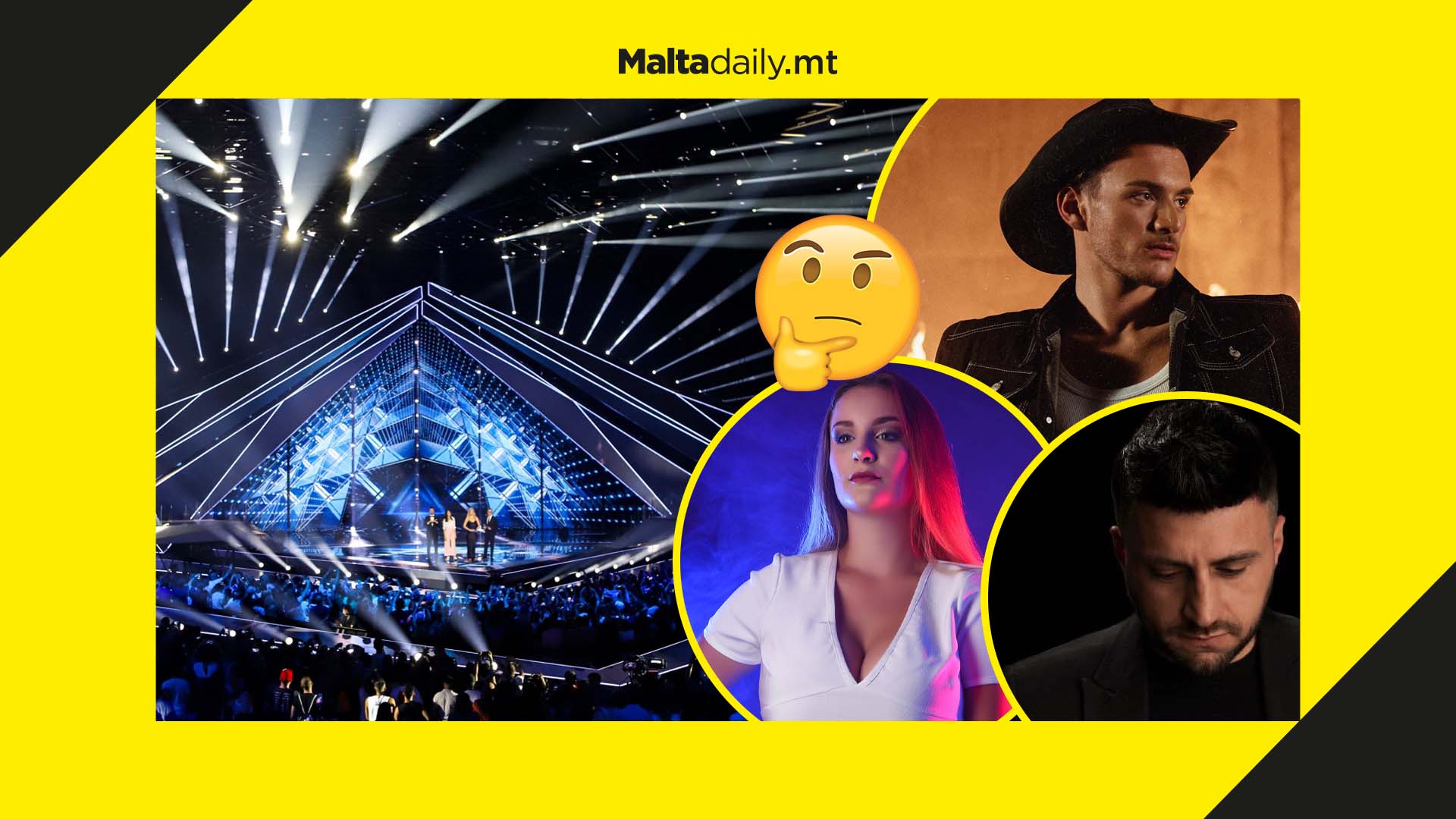 As we take our first steps in 2022 and look forward to what the new year has in store, the majority of Malta has seemingly caught a case of Eurovision fever. Mirroring the excitement of Eurovision fans from Malta and beyond, a number of local artists submitted their songs, with 3 of the 22 semi-finalists presenting songs in Maltese.

So far, the official Eurovision Song Malta page has published 20-second clips of the artists’ songs, but from the little information we have, we know that the three local artists who will be presenting songs in Maltese are Aidan with ‘Ritmu’, Derrick with ‘II’ and Nicole Hammett with ‘A Lover’s Heart.’

While songs in our native language are not an entirely new concept to the Eurovision Song Malta competition, one could argue that some people may be hesitant on Malta hitting the grand Eurovision stage with a Maltese song… but they shouldn’t be. Beyond Maltese being a beautiful language which tells the story of Malta’s past, countries presenting songs in something other than English have not necessarily seen negative results. Since its 1956 launch, 36 songs have emerged victorious with songs performed in something other than English with languages including French, Italian, Portuguese and Crimean Tatare. Since it started taking part in 1971, Malta has only sent two song in Maltese to the Eurovision Song Contest, with Joe Grech performing ‘Maria l-Maltija’ in 1971 and Helen and Joseph hitting the stage with ‘L-imħabba’ the following year.

Locally, Maltese music has been performing well on the charts and beyond, with The Travellers, Aidan, Amber, Carlo Gerada, The Victorians & Lapes and many more achieving local number 1 hits. With that in mind, we only have one question: what do we have to lose? Malta reportedly holds the record for the longest wait for a Eurovision win, not for lack of trying, and many could argue that a Maltese song may be the key to Malta’s Eurovision dream… but only time will tell.

The Malta Eurovision Song Contest will air on TVM between the 17th and 19th of February, with 16 finalists being chosen by a jury and public vote on the first night and the winner (who will ultimately represent Malta in Turin) being determined during the Final night on February 19th.

What do YOU think? Should we send a Maltese song to Turin or stick to English? 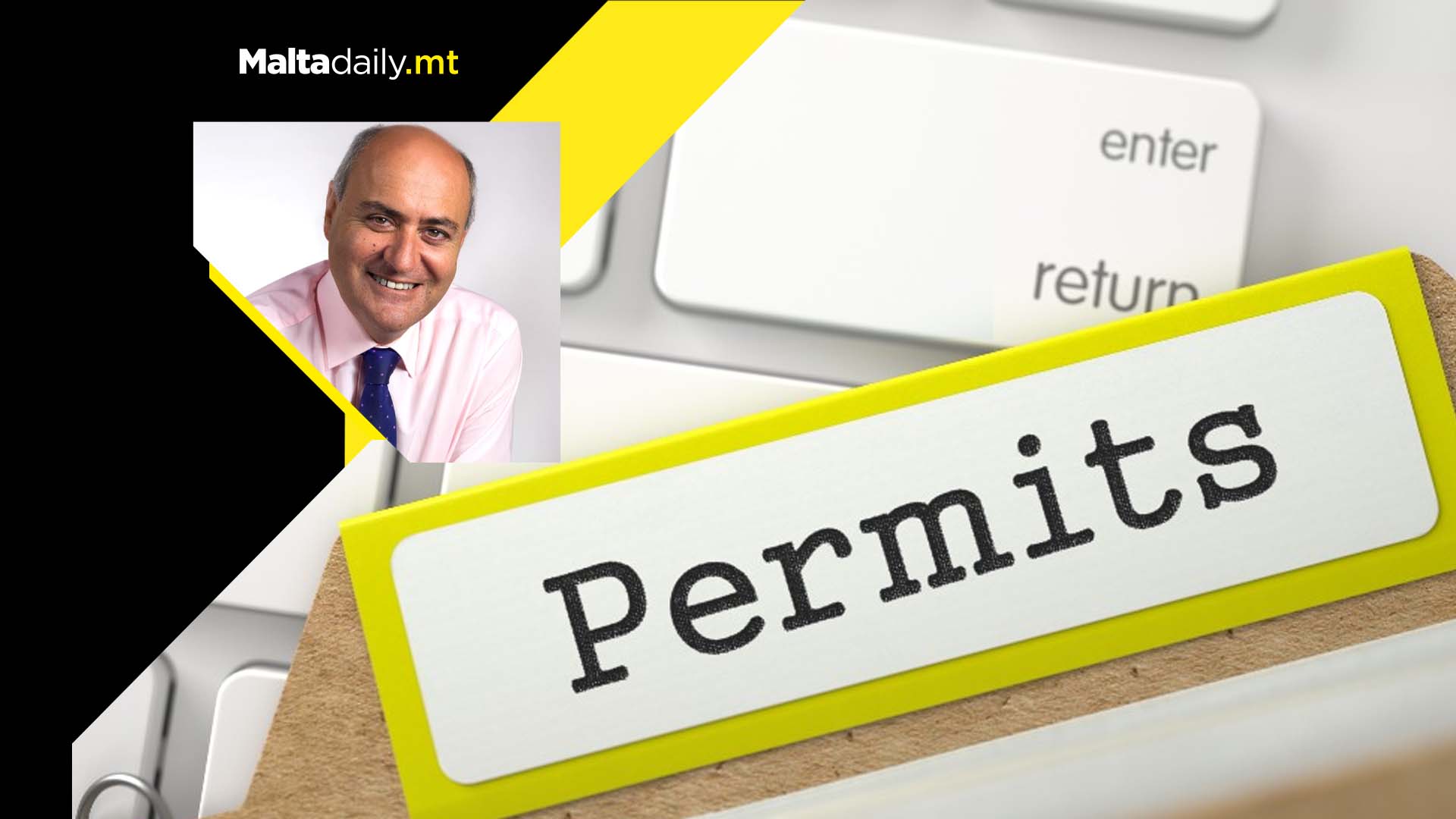 22 different local councils will be issuing online permits through a new digital portal with a government investment of up to €100,000.

Natalino Attard, local government director general, said that the number of local councils to be using this service will massively increase by the end of 2022. Through the website local permit.gov.mt, the public does not need to personally go to a local council office for a permit.

Concerning everything from closure of roads or the use of cranes/lifters, the central website which will give citizens easy access came following various complaints by citizens of having to apply but being unable to go to council offices.

Minister José Herrera stated that this is one of the new services in a wider digital strategy drafted recently for local councils. The Local Government and Culture minister said that the need has been felt to update the way that local councils operate in order to make it more accessible to citizens.

With this being more needed during a pandemic, the investment ‘is substantial’ said the Minister. ‘There are over €800,000 form central funds and also €15,000 from 68 councils and regions, which amount to all cost another million euros from European funds. That is almost €2 million investment in ICT.’