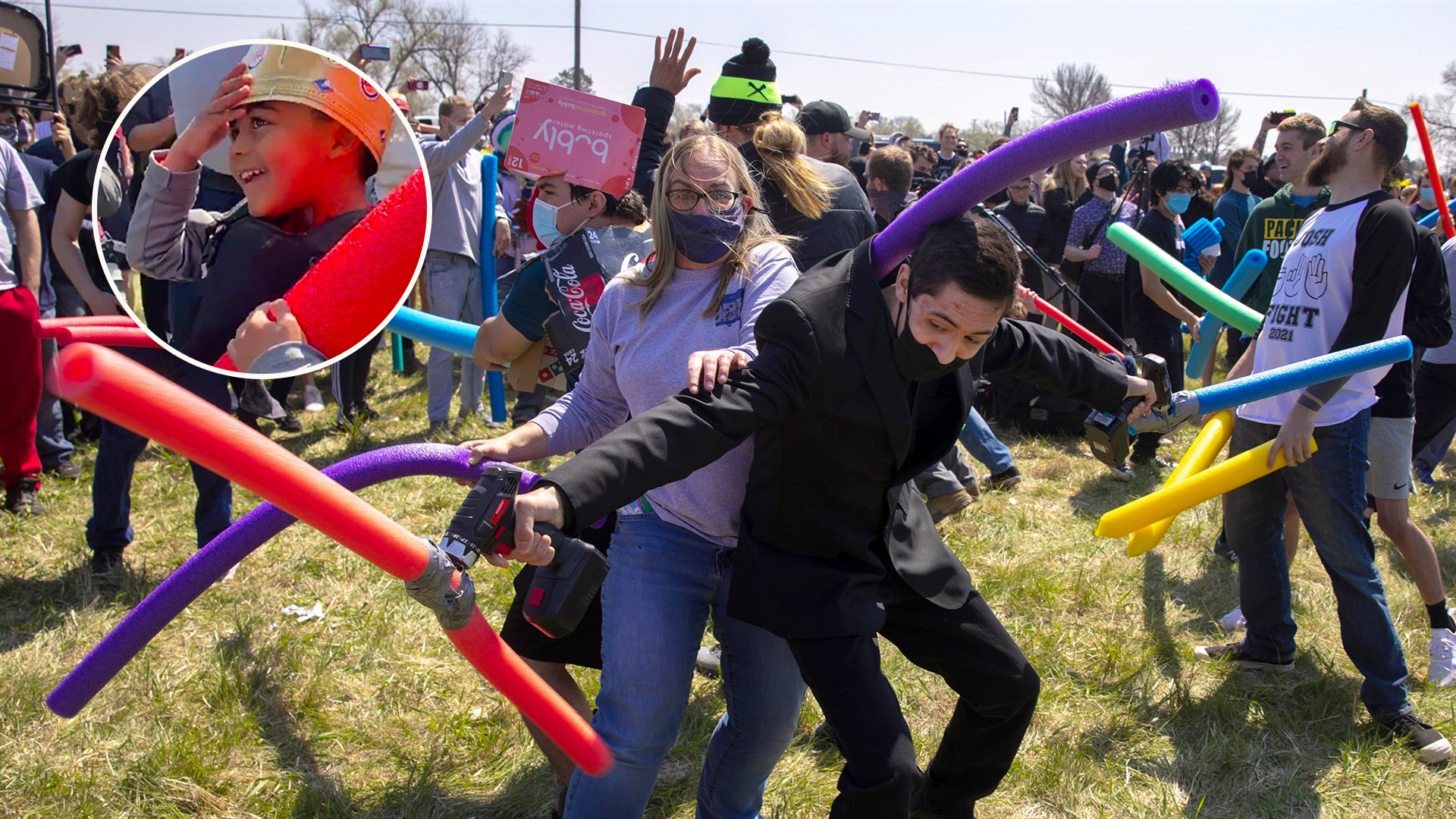 What started as an online joke last year spiralled into a friendly gathering of more than a hundred individuals named Josh to determine which of them deserves the title of the ‘Ultimate Josh.’ Josh Swain from Arizona added several other people named Josh, stating ‘There can only be one’. The joke eventually led to deciding on a date and place where all the Josh’s convened to battle it out with pool noodles.

there can only be one pic.twitter.com/VPamxjJ0yL

Hundreds of people named Josh made their way to Lincoln, Nebraska after the screenshot of the message on Facebook went viral on Twitter. The winner? Swain declared 4-year old Joshua Vinson Jr, who wielded a red noodle, as the ultimate Josh. The event even raised over $8000 for Children’s Omaha hospital and a large amount of food for Food Bank Lincoln.