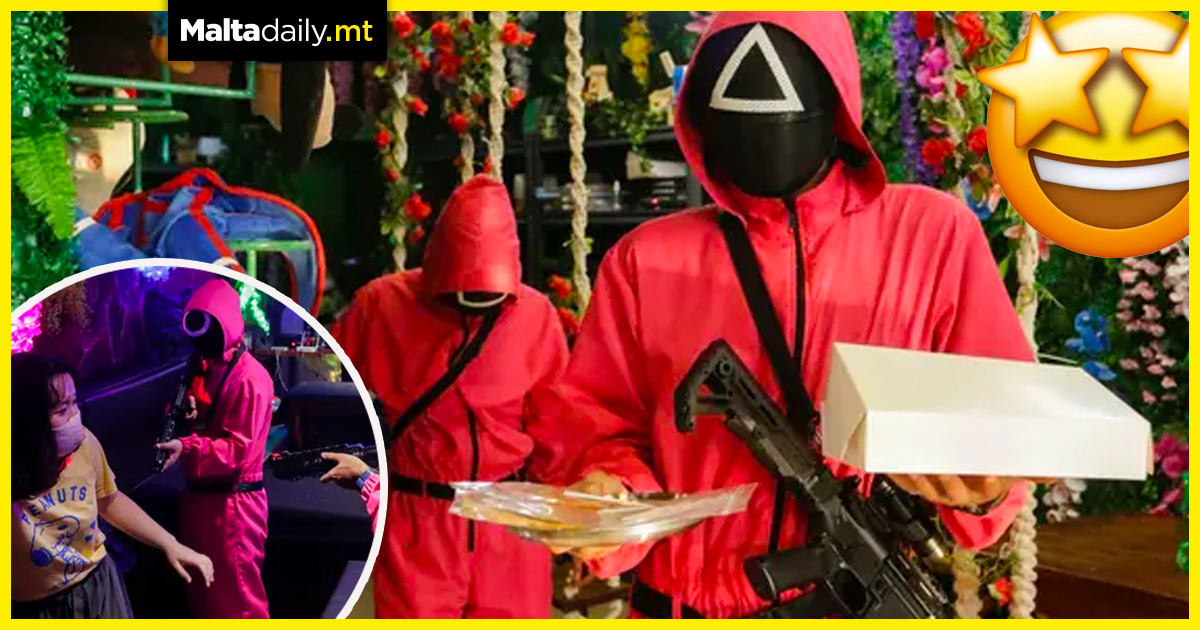 You might have to travel a bit to get there, but this Squid Game inspired cafe is creating real life challenges for its customers. Cafe Strawberry opened in Indonesia, and fans of the dystopian Korean Netflix series have flocked to it to get both a taste for some delicious service but also a real life immersion into the top Netflix show of all time. The cafe is attempting to boost its pandemic recovery plan with the theme by giving games and challenges to all its customers, with staff all dressed as the masked guards armed with guns.

Upon arrival, customers are immediately greeted to a game of ‘Red Light, Green Light’ – minus the killing of course. Receiving over 200 customers a day, massively boosting the cafe’s post-pandemic sales. Such Squid Game themed shops and events aren’t popping up just in Indonesia either. The United Arab Emirates’ Korean Cultural Centre also put on an event inspired by the series. The craze the series created speaks volumes as to how popular it has become, despite it being on the darker and more psychological horror side.