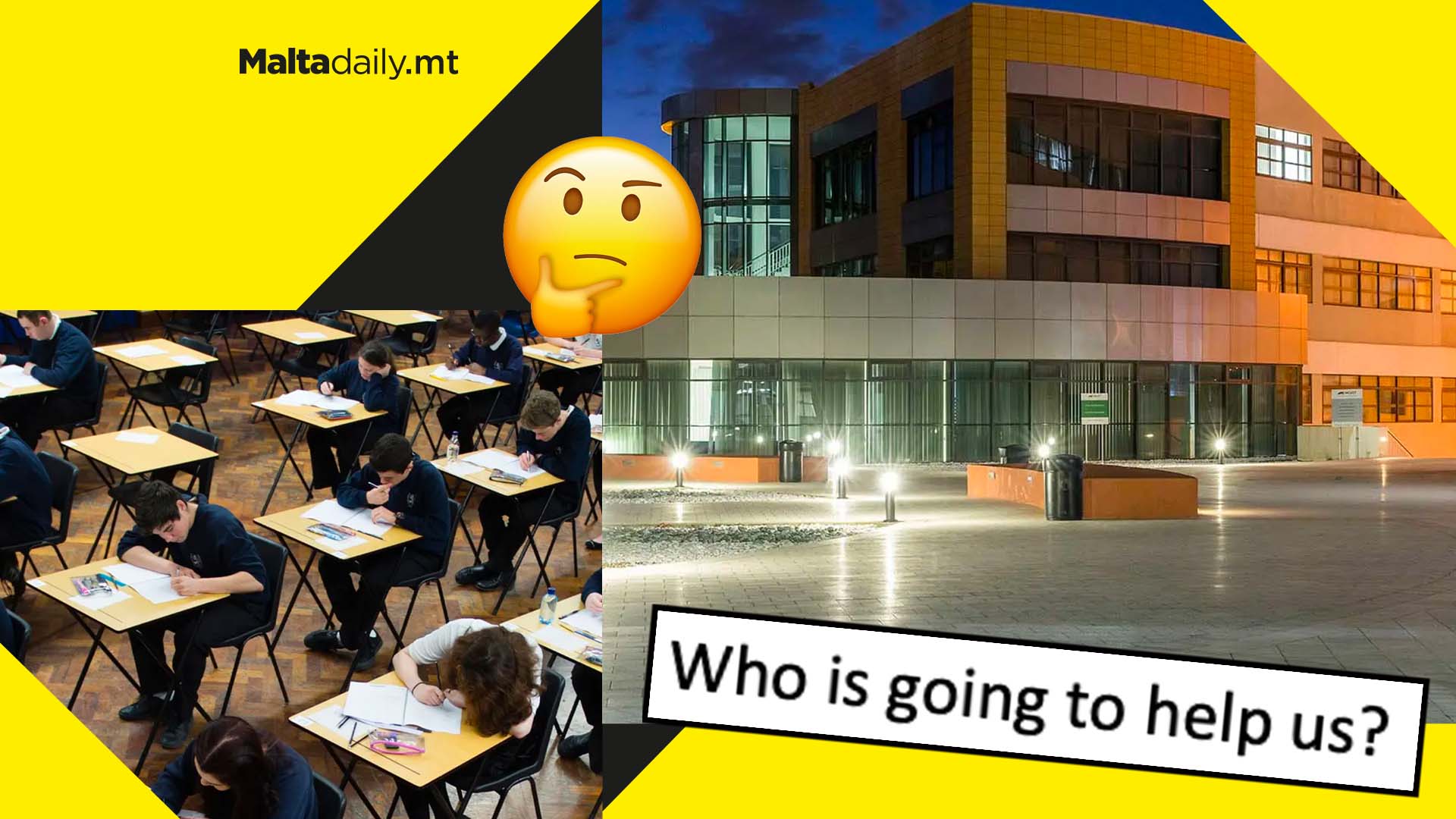 A statement issued on behalf of several MCAST students has put into perspective the realities being allegedly faced as exam periods close in during the pandemic.

The statement said that whilst the University of Malta will be carrying out more than two thirds of its first semester exams online, MCAST is still ‘lacking behind’ in such decisions to minimise the disruption due to quarantined students.

‘In less than a week of continuing lectures physically on MCAST campus’, along with upcoming exams still to be scheduled, several students in quarantine ‘are already witnessing the contrary to what MCAST management promised its students.’

MCAST’s promise to support students and be flexible and responsive to the ‘wider situation’ was deemed an illusion by the statement as it went to highlight what is happening.

‘The reality is that if one student is in quarantine during an exam week, one will miss all exams and is forced to sit for the missed exams at the beginning of the second semester therefore, not being flexible to the wider situation at all’ it said.

If students are to abide with current policies, anyone who misses February exams will sit for them at the end of the semester (4 months later).

‘This is impractical as it will be especially difficult for students who are undertaking their final year of their degrees, since they are pressured on having to finalise their Thesis until June.’

The statement went on to say that if more than one student is in quarantine, MCAST is forcing its students to carry out the exam physically on a following date post quarantine. This is still applicable if students have more than one exam on the same day.

The statement highlighted how University of Malta revolved around the issue by shifting first semester exams online. ‘MCAST is taking an absurd approach of not informing its students about positive cases found in classes, risking spreading the virus further, and leaving students fearing for themselves and for their loved ones.’

‘Ultimately, due to the management’s stubbornness and pride, MCAST students are being discriminated from conducting online exams to cope with the quarantine situation as UOM students are benefiting from. If both tertiary schools are supposedly to be equally recognised, then a simultaneous system must be implemented within both tertiary schools for fairness’s sake’ it concluded.