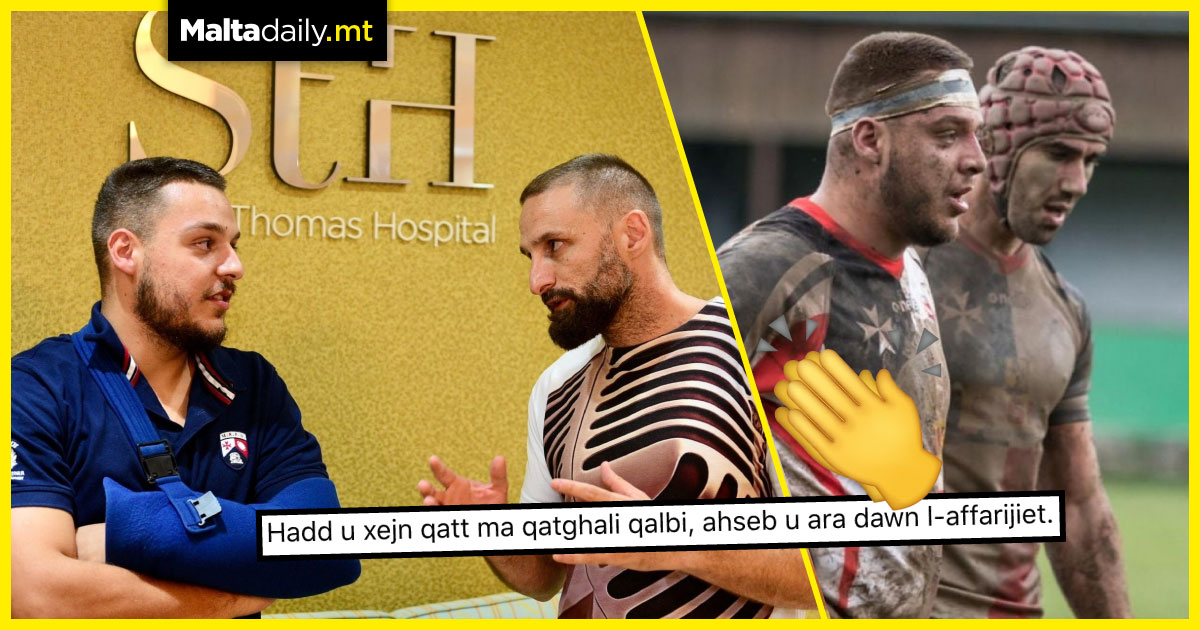 Back in August, Maltese rugby player by the name of Liam Scicluna known as ‘Il-Babaw’ tore his supraspinatus tendon, an injury which halted his participation in the sport which he truly loved. The required shoulder operation would have cost Scicluna a pretty penny, which is why the player went ahead and created a ‘GoGetFunding’ fundraiser page to fund the critical shoulder operation.

In a series of heart-warming posts, Scicluna called for the participation and donation of the Maltese population in order to allow him to continue the sport and represent the island in the best way possible, a call which won the hearts of many. Together with the help of his friends, family, local media personalities like Jon Mallia and St. Thomas Hospital, Babaw went on to raise enough money for a successful operation.

As the rugby player kicks off his road to recovery, he went on to thank everyone involved in the build-up to his operation. We wish Liam a speedy recovery and take this opportunity to celebrate the grit and generosity of the Maltese people, who united to help a fellow citizen get back to doing what he loves and represent the Maltese flag in the best way possible.

Jon Mallia himself took to Facebook to break down the story from his point of view and congratulate the player and his friends for doing their utmost to help their colleague in his time of need, along with St. Thomas Hospital for the co-operation.

Send this to someone who was following Liam’s story. 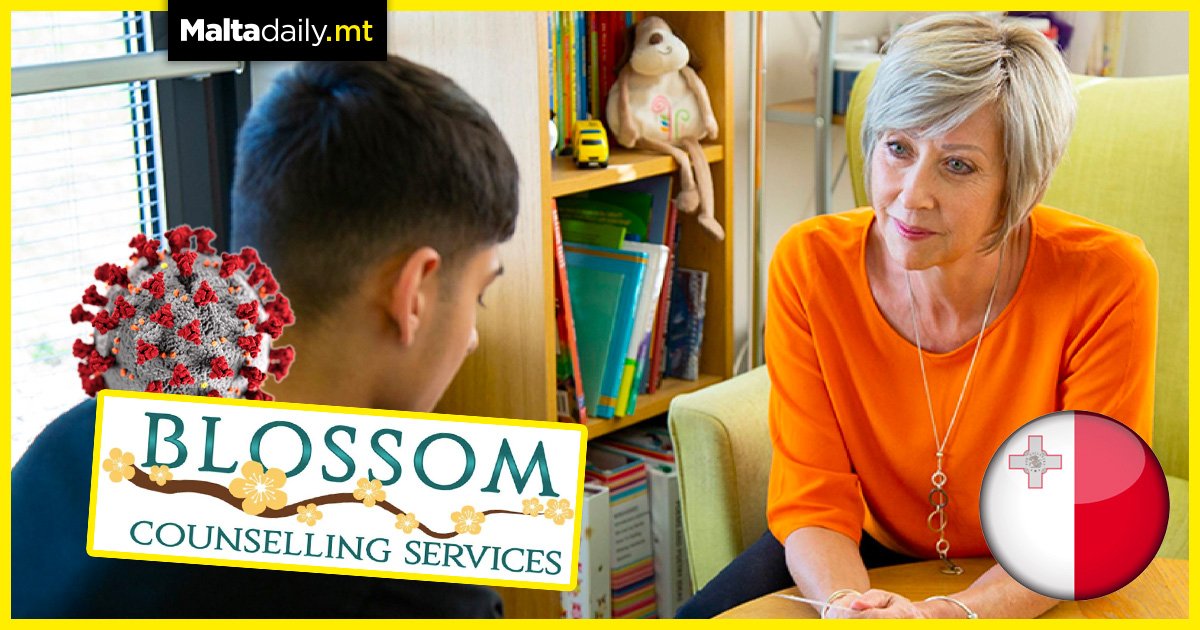 As the COVID-19 pandemic hit and flipped everyone’s life upside down, a service run by the Malta Trust Foundation called ‘Blossom Counselling’ provided psychosocial support to around 1,500 students and their families. The counsellors working with the foundation supported over 400 students at St Paul’s Bay and Qawra primary schools and Naxxar Middle school, extending its services to Birzebbuga’s primary this year. 630 students from 40 countries will benefit from this service, receiving financial support from the Malta Freeport Terminals and the Malta Freeport Corporation.

An increase in anxiety and panic attacks among 11 to 12-year-olds whose parents separated was noted, Isabelle Anastasi reported. Despite already supporting 45 children from the Naxxar Middle School, her and her colleagues tried reaching out to another 800 during lockdown. Anastasi revealed how they called at their home and kept in touch with families, noting everything from financial issues to domestic violence increases.

Fellow counsellors set up in different schools reported anxiety spikes related to the pandemic, from fear for relatives to anxiety related to following rigid rules. Blossom Counselling also extended their support to students who moved to Malta from abroad to adjust to their new environment. Rita Galea, counsellor based in St Paul’s Bay and Qawra primaries, recalled family members stopping their work to support their children, leading to financial issues. 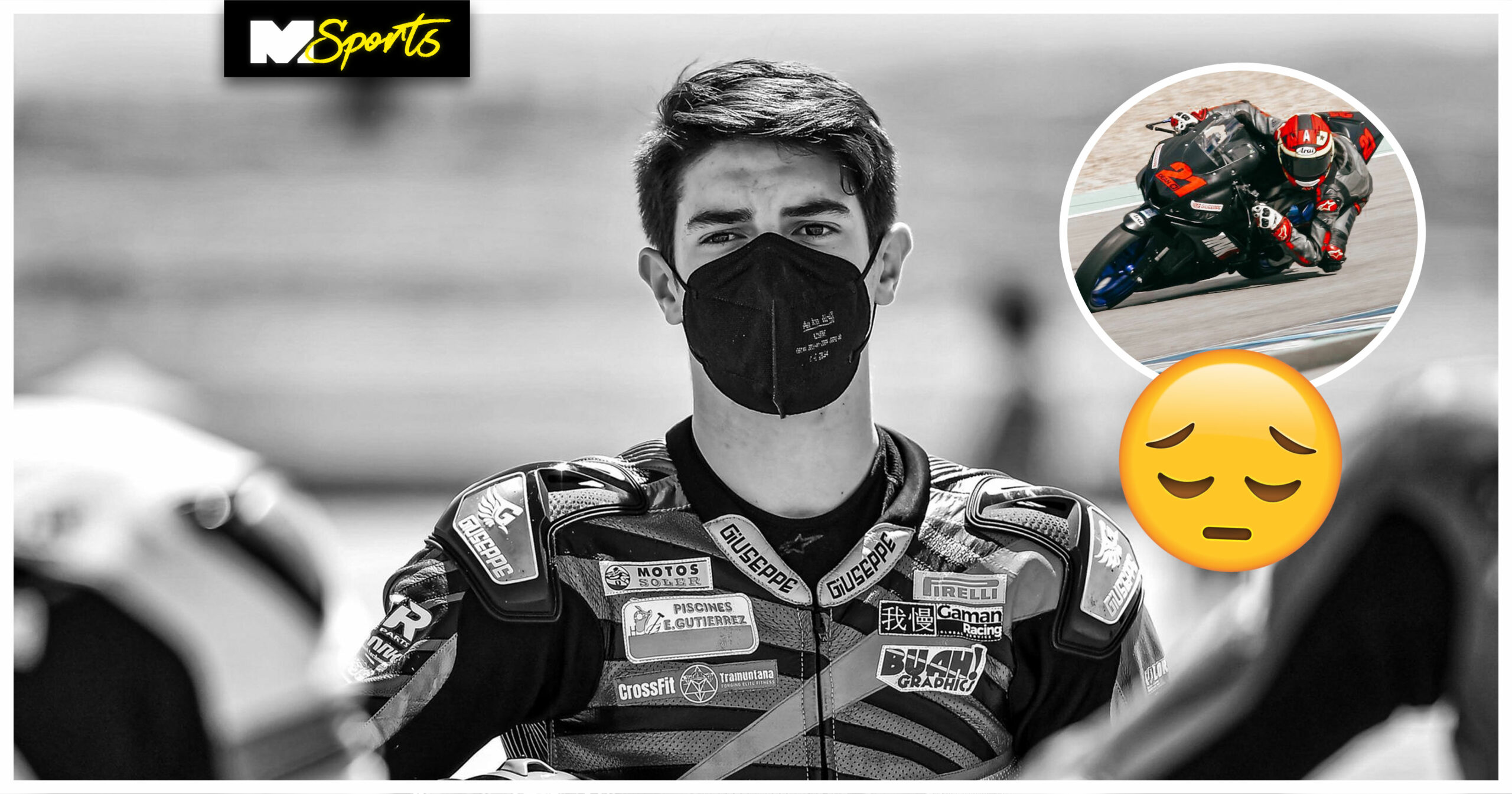 15-year old racer Dean Berta Viñales has died after a fatal crash in the Jerez race of the Supersport 300 World Championships. The young driver is the cousin of Maverick Viñales who is a MotoGP racer racing for Aprilia Racing Team Gresini. Dean who was born on the 20th of April in 2006 was having a good season for his first season in professional motorsport.

The race had only been going for 11 years, when the young Spaniard crashed along with three other drivers in turn 2 of the track. This caused the race director to red flag the race. In a statement World Superbike said “After a serious incident during WorldSSP300 Race 1, Dean Berta Viñales has sadly succumbed to injuries,” they continued on by saying “The rider suffered severe head and thoracic injuries. Medical vehicles arrived at the site immediately and the rider was attended to on track, in the ambulance and at the circuit Medical Centre. Despite the best efforts of the circuit medical staff, the Medical Centre has announced that Berta Viñales has sadly succumbed to his injuries.” 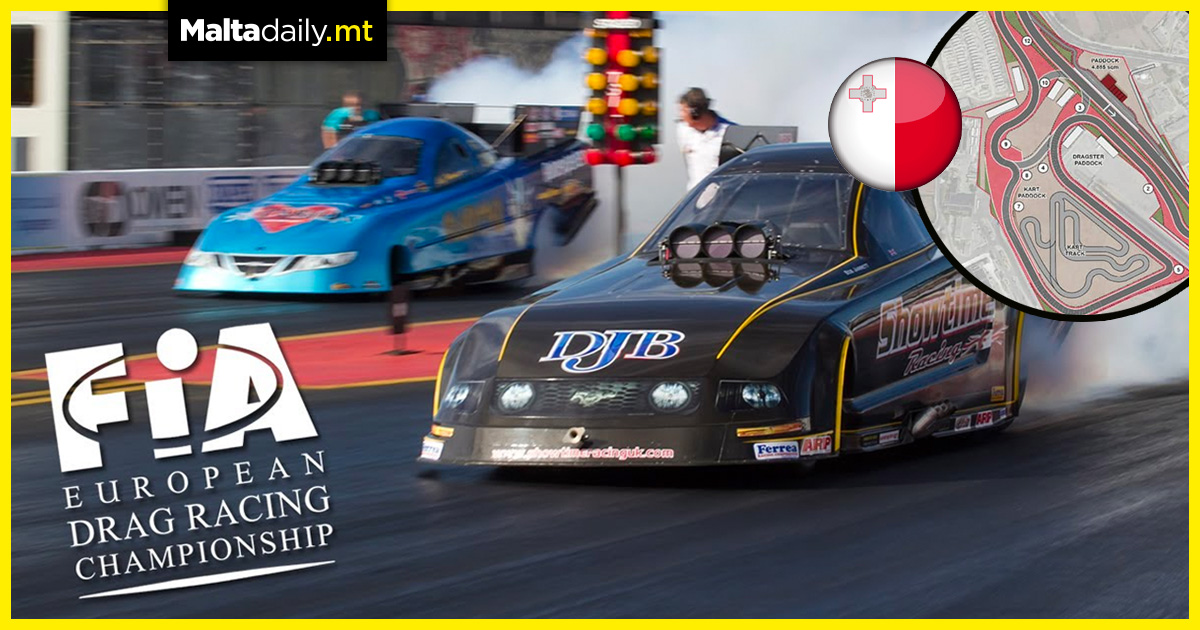 With the European Drag Racing Championship around the corner in April of 2023, Malta could host the famed event following the completion of the drag racing track in Hal Far’s industrial estate. Duncan Micallef, president of the Malta Motorsport Federation, announced the news during a press conference on Monday evening, stating that should the project be finished by November of next year, the event could make its way to the island. Micallef highlighted how the international event was being announced the same day as the project.

Organised by the Federation Internationale de l’ Automobile (FIA), dragsters compete in a straight-line acceleration test, and could see hundreds of fans, both locally and foreign, convening to enjoy the spectacle. FIA deputy president Graham Stoker also made an appearance at the conference, praising the investment. He suggested promoting nearby industrial activity which connects to motorsports given the proximity to an industrial site. The three tracks will be built to accommodate motorsport races, drag racing, karting and drifting, all through a €20 million investment.

The project will be funded by the NDSF, and will meet the demand for a racing facility for the local community of motor enthusiasts. Taking Maltese motorsports to the next level, local drivers will be provided with additional training facilities, which could see an increased safety on the island’s roads. Malta’s tourism offer will also be upgraded by diversifying the tourism product, with due focus on specific niches and events.

The project will also see no ODZ land being taken up, with more than half of the land already being used by enthusiasts. A study was commissioned to evaluate the feasibility of the project from the perspective of potential noise pollution. For the majority of residents, no additional noise impact was noted. These results exclude mitigation measures, that will depend on the final layout, elevation and the interaction of all the noise barriers in the area.

A noise management plan for events and combined use of the whole facility will also be set up, all within consultation with local councils. The MFF will ensure that all vehicles will be free of excessive smoke and do not leak oil and other liquids. Any road registered vehicles accessing the racetrack will have to be VRT compliant and comply with the manufacturer’s specifications in terms of CO2 emissions.