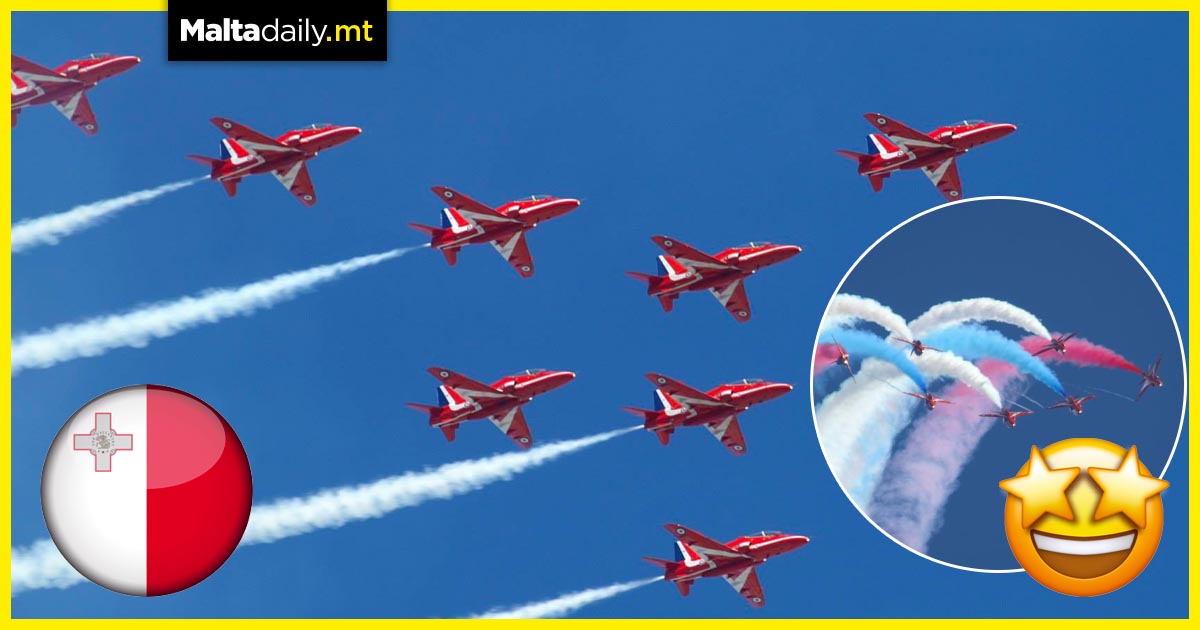 The famed aerobatic team of the Royal Air Force, The Red Arrows, will be returning for the Malta International Air Show on the 25th and 26th of September 2021. The last the aircrafts flew over the island was back in 2014, with this year’s performance made possible following the cancellation of a planned display in Avalon, Australia.

This will be the team’s ninth visit to Malta but they face an uncertain future with the Royal Air Force as it stated recently that it will discontinue operations of its Hawk aircraft. The Red Arrows hd flown around 5000 displays in 57 countries by the beginning of 2021, making this the team’s 57th season. Thy are based at RAF Scampton.