Queen Elizabeth’s funeral could cost the UK around £6 billion 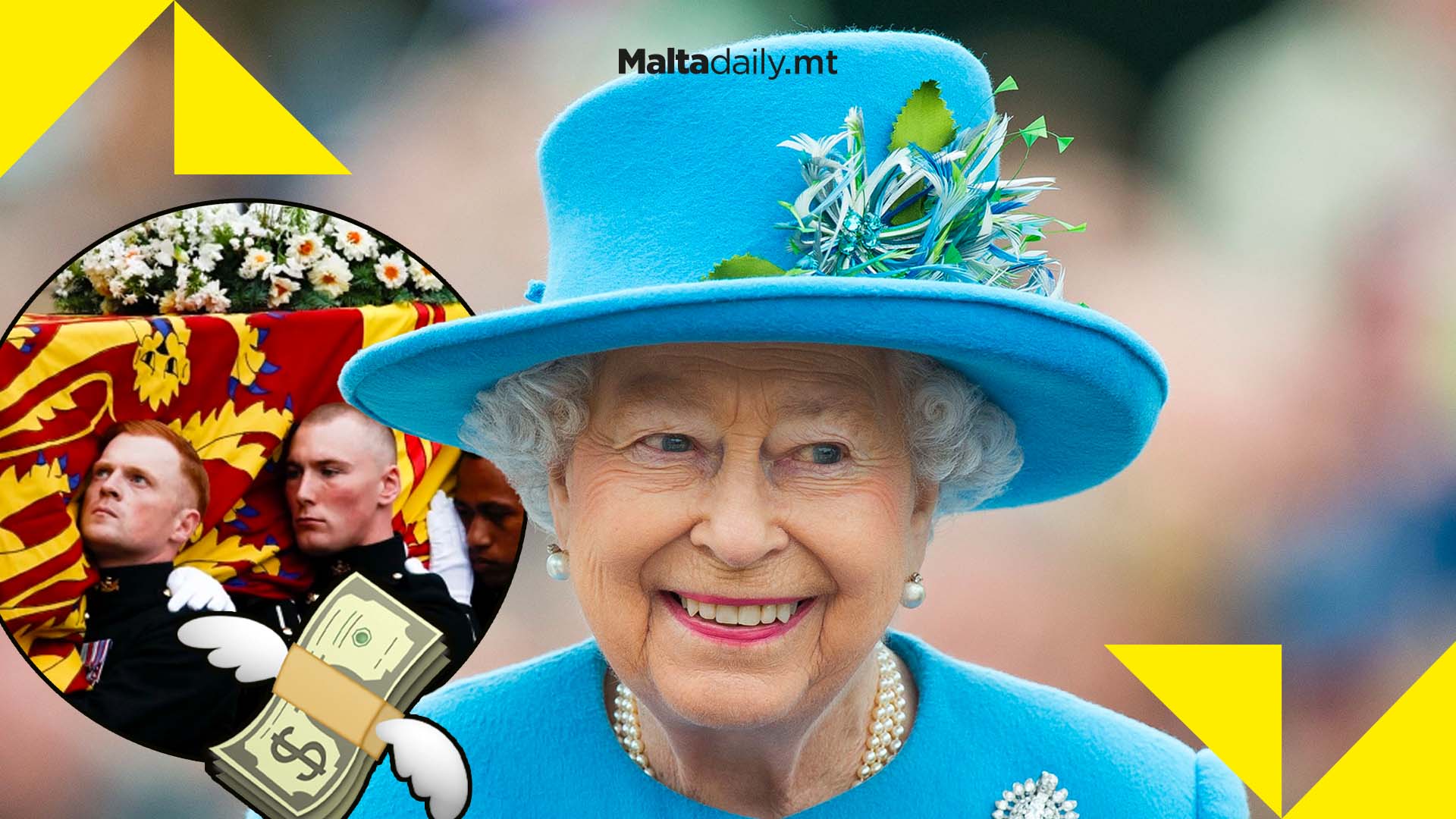 The UK faced a massive loss following the death of Queen Elizabeth II on the 8th of September 2022. However, the country could face another loss of billions to hold the late monarch’s funeral.

The funeral is set for the 19th of September at Westminster Abbey, and thanks to factors like funeral expenses, King Charles III’s coronation and bank holidays, the nation is set to face a massive bill after the whole ordeal is completed.

While an exact figure for the Queen’s publicly funded state funeral won’t be revealed, the cost of previous state funerals suggest that her ceremony will come with a massive price tag.

The Queen’s Mother’s funeral in 2022 was thought to have cost around £5.4 million and the funeral for Princess Diana in 1997 was priced at around £3 to £5 million.

Earlier this week, the Economic Times reported that the Queen’s passing may cost around £6 billion. The outlet pointed to how the Queen’s portrait being on coins and stamps will now have to be changed.

Even British passports will have to have alterations made as statements made in travel documents alluding to ‘Her Majesty’ will need to be changed to ‘His Majesty.’ 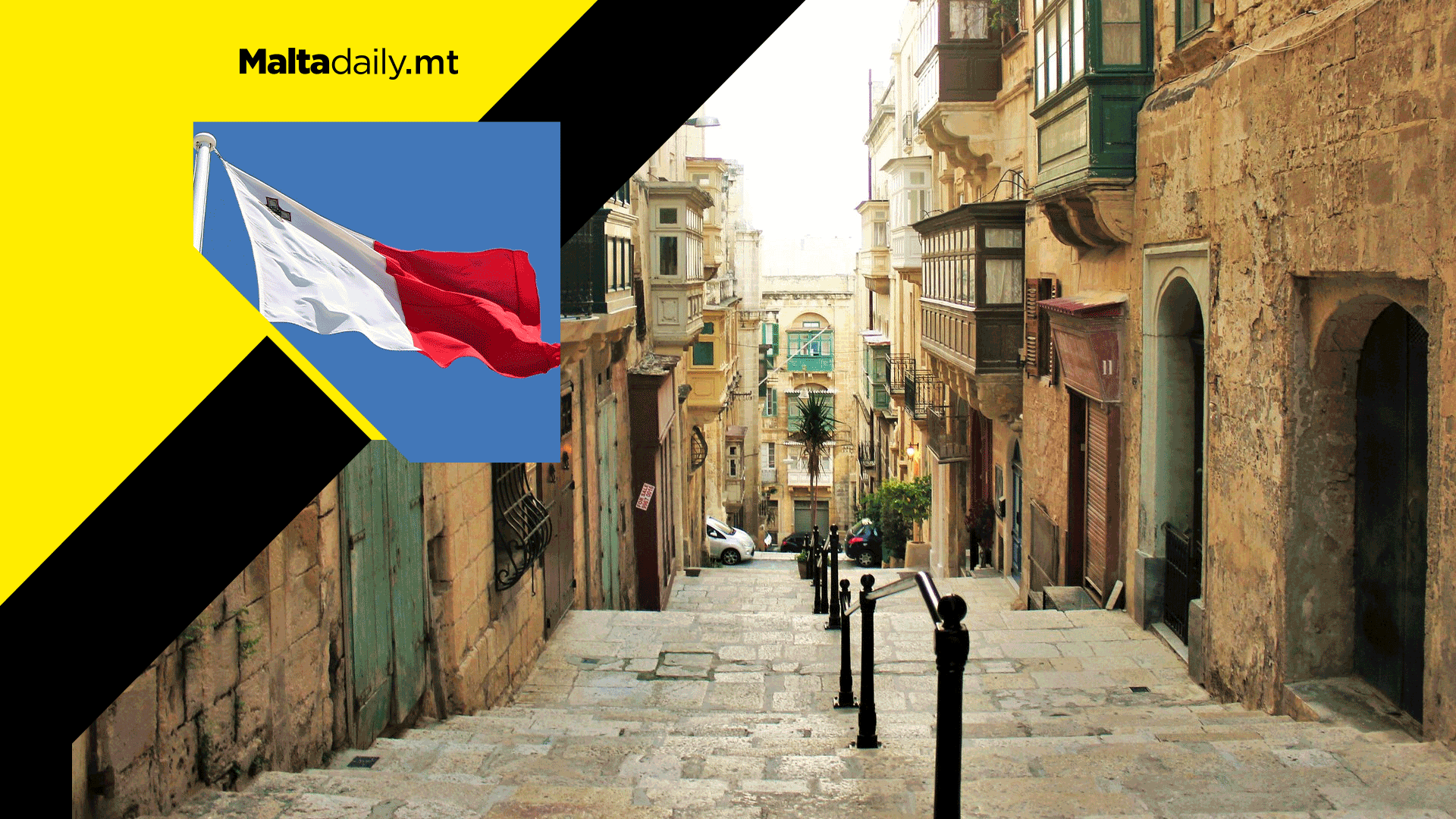 New figures published by the National Statistics Office have revealed that one in five Maltese people are at risk of poverty or social exclusion.

The AROPE (at risk of poverty or social exclusion) rate stood at an alarming 20.3% last year which is a 0.4% increase from the previous year 2020.

The report also revealed that the increase affected most age groups however the age group affected most was the over-65s, who experienced an almost 30% poverty risk rate. This also now means that there are over 103,000 people in Malta and Gozo including those who are under-18 who are now at risk of poverty or social exclusion.

Whilst the lowest ARP rate is in the South Eastern District which includes places like Marsaxlokk, Marsaskala and Birgu and stands at a low 11.8%. 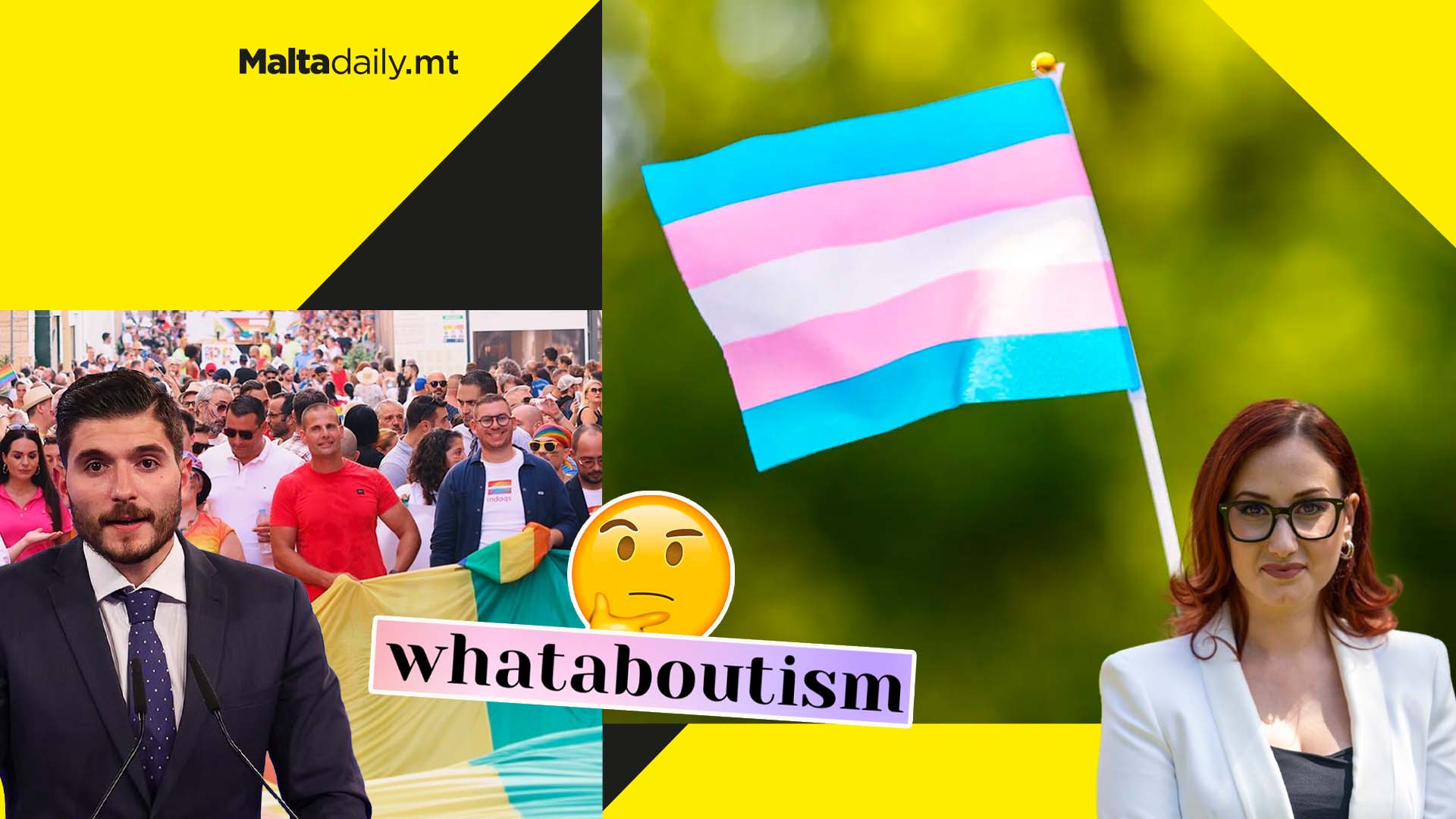 Nationalist Party MP Alex Borg was called out by prominent LGBTIQ+ activists after he put into question the prioritisation of making sex reassignment surgery free of charge.

In a social media post, Borg said that despite being happy that there are advances in the LGBTIQ+ rights front, he asked why there was no money put into covering the costs for curing fibromyalgia.

‘I cannot understand how the Prime Minister can tell people who are in constant pain 24/7 due to fibromyalgia and the other conditions it brings that there isn’t enough money!’

Borg said that we need to first help people who are undergoing such pain. ‘These people need some sort of monthly voucher so they can buy medicine and get access to pools and physiotherapists of their choice.’

‘Don’t keep choosing the road of populism but let us go down the road of common sense where all of Malta and Gozo’s population can be satisfied equally!’

The post did not sit down well with both LGBTIQ+ activists as well as Parliamentary Secretary Rebecca Buttigieg.

MGRM addressed the post by addressing a logical fallacy known as ‘whataboutism’, wherein someone responds to a difficult question by raising a different issue that is completely unrelated.

‘To us, it only shows that some politicians are out of touch with the electorate on which they depend for their re-election. Or else, they opt to be populists. It is particularly disappointing when new generations of politicians reason like this’ said MGRM.

Meanwhile, Parliamentary Secretary Rebecca Buttigieg said that she was happy to see members of the opposition attending the Pride March, including Alex Borg. ‘However, Pride Week hadn’t finished before their true colours were shown.’

‘The assistance given to the LGBTIQ community does not come at a cost to other aid given by the government in other sectors. Your comment only shows one thing – that the PN still has members who do not believe in equality and celebrate pride week for political purposes and not because they believe in the cause.’

Borg responded to these posts, saying he is disappointed to see the parliamentary secretary attempting to deviate from the topic and accuse him of not believing in equality.

‘I want to clarify that I in no way wanted to suggest that a particular condition should be given priority over another, or worse yet, minimise the suffering of trans and non-binary people.’

Acknowledging that the post may have been interpreted wrongly, Borg said that he welcomes the announcement by the government to help trans people. However, he said that he firmly believes that action needs to be taken to allocate more funds for those suffering with conditions like fibromyalgia. 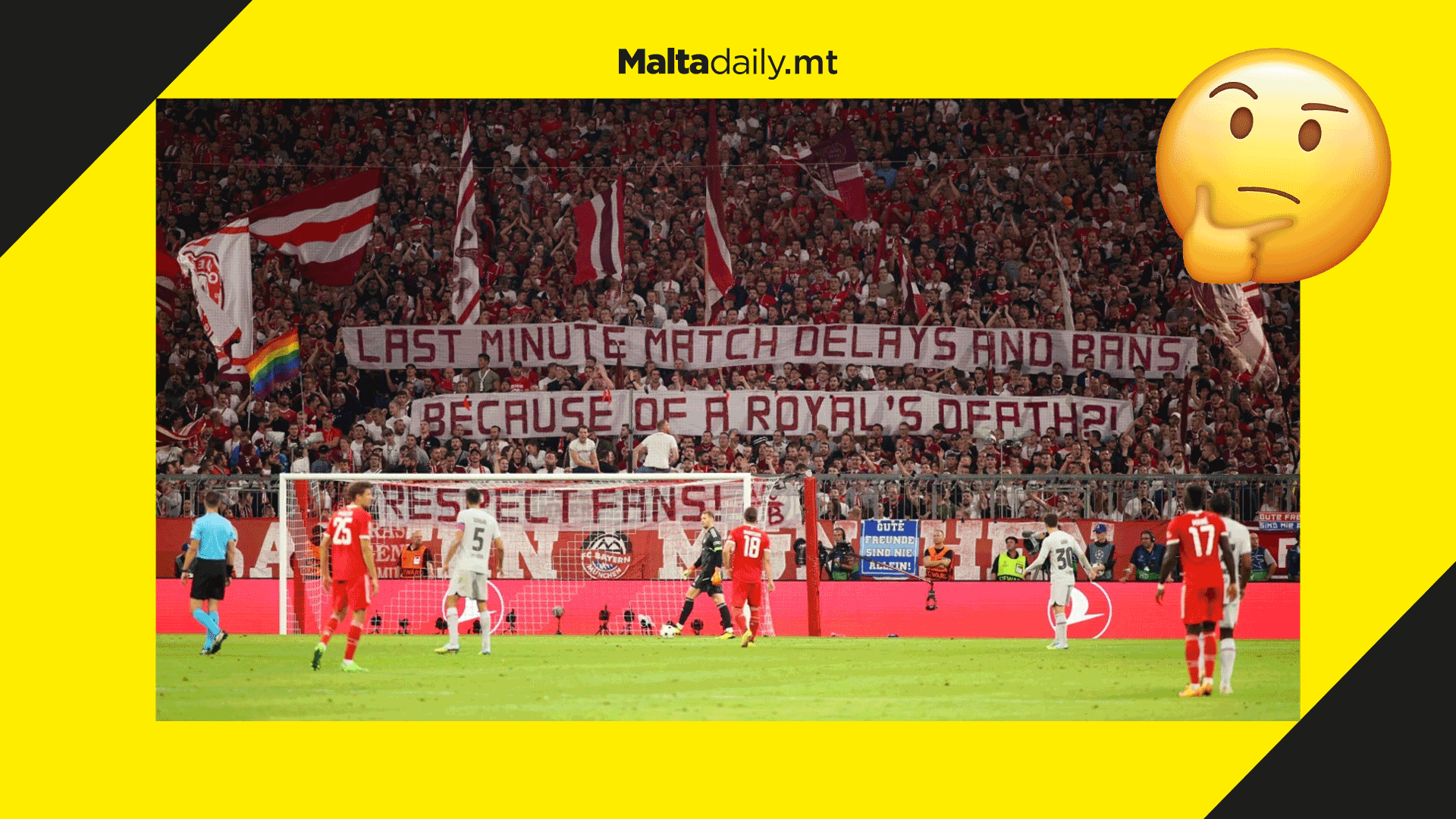 Last Tuesday, Bayern Munich fans released two banners protesting against the massive impact the Queen’s death has had on British football with various different games being postponed in the last minute.

The banners read  “Last minute match delays and bans because of a royal’s death!? Respect fans!”

The motive of the protest were the numerous Premier League and EFL games which were rearranged and also the few European games that had to be postponed like that of Rangers vs Napoli.

The game was only postponed by a day but that postponement meant that the Napoli fans would be unable to attend due to booking issues. It is however being reported that as a matter of integrity no Rangers fans will attend the return match on Naples.

The postponements were also brought up by English fans with the Football Supporters Association of England arguing that it was a missed opportunity to honour the late monarch.

In a statement the association had this to say: “Our view is that most fans would have liked to have been able to go to the games this weekend and to be able to show their respect for the Queen alongside the rest of their fellow fans.”

“Not everyone will agree, so there was no perfect decision for the authorities, but many fans feel this has been a missed opportunity for football to be able to pay tribute.”

This protest occurred whilst the German champions were beating Spanish side Barcelona 2-0. This was their second game in their UCL group stage which also includes Italian side Inter Milan and Czech team Viktoria Plzen.