Piles of trash cleaned from St Paul’s Bay by divers 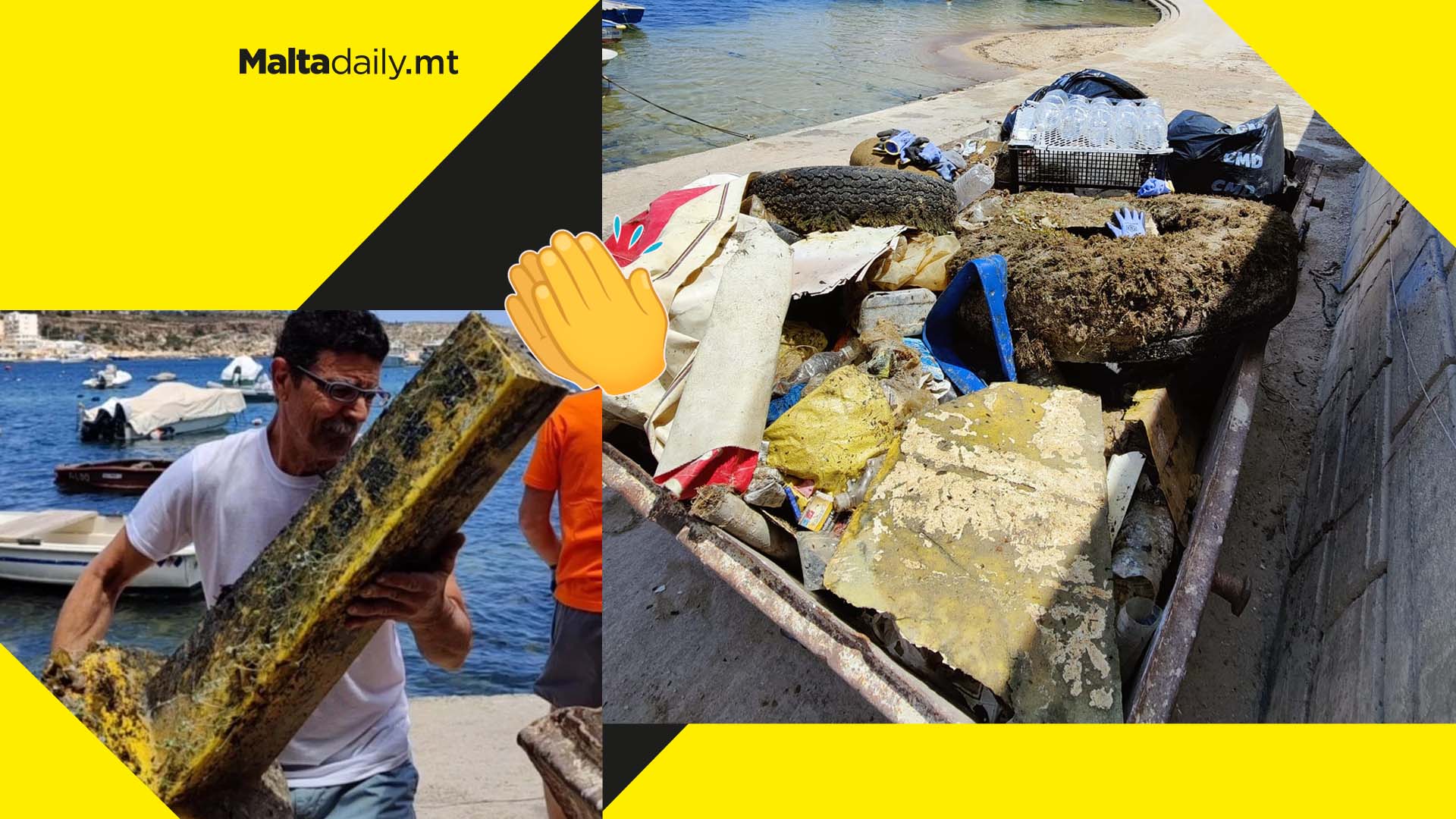 As divers carried out an underwater clean-up at Veċċja Point in St Paul’s Bay on Monday, a large tangled fishing line which had been once abandoned at the bottom of the sea was pulled up onto the boat.

Leading the team of divers was local environmentalist and scuba diver Raniero Borg. With the help of volunteers from GO, the group spent a morning pulling out litter from the bottom of Maltese waters.

The tangled line was just one of the many items which littered the area’s sea floor. Heavy ropes, car batteries, bottles, marker buoys and other items were pulled out of the water.

Times of Malta reported that volunteers even tried to save fauna that made their home in the discarded litter. Crabs, sea urchins and an octopus were among the sea critters were all rescued.

The clean-up activity was organised with the GO Cares Committee and the GO Academy, which funds initiatives that help people, animals and the environment. 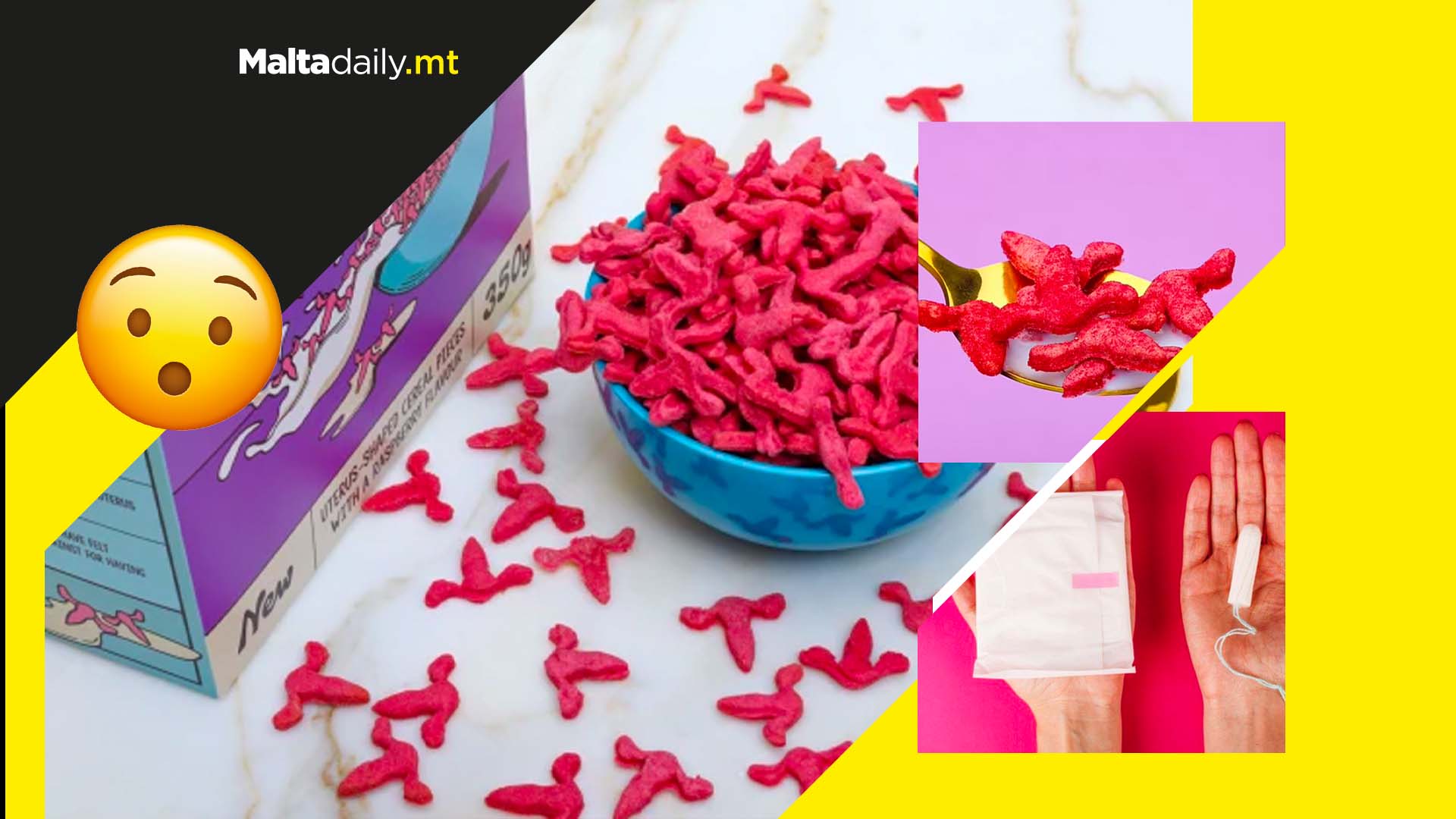 But the colour transformation of the milk is not the only period-related aspect of the morning snack. Launched by Swedish company INTIMINA, the cereal comes in uterus shapes which are raspberry flavoured.

INTIMINA is a brand which offers a range of products which are all designed to help women and their health whilst also addressing the many stigmas surrounding the topic.

We created #PeriodCrunch to encourage families to discuss menstruation more openly, even at the breakfast table.
“If periods were truly normalized then they wouldn’t be off this table – or off any table for that matter.” ✊🩸#MHD2022 https://t.co/KQJdYdA3Q3

The cereal was inspired by a survey wherein 2,000 adults were interviewed, revealing that almost 48% of participants were too embarrassed to talk about periods.

It also found that 77% of the surveyed people said that they never mention periods in their everyday life. Another 88% wrongly located the uterus on the body.

Aiming to educate women to better support them through all stages of life, from their first menstruation to beyond menopause, one of the gynaecologists working with the brand expressed the delight at the work the group is doing for women.

“It’s deeply concerning to hear that so many people remain uncomfortable discussing (periods) when they are just another part of our health. I look forward to Period Crunch kick-starting conversations.”

Study finds women burn more fat in the morning, men in the evening 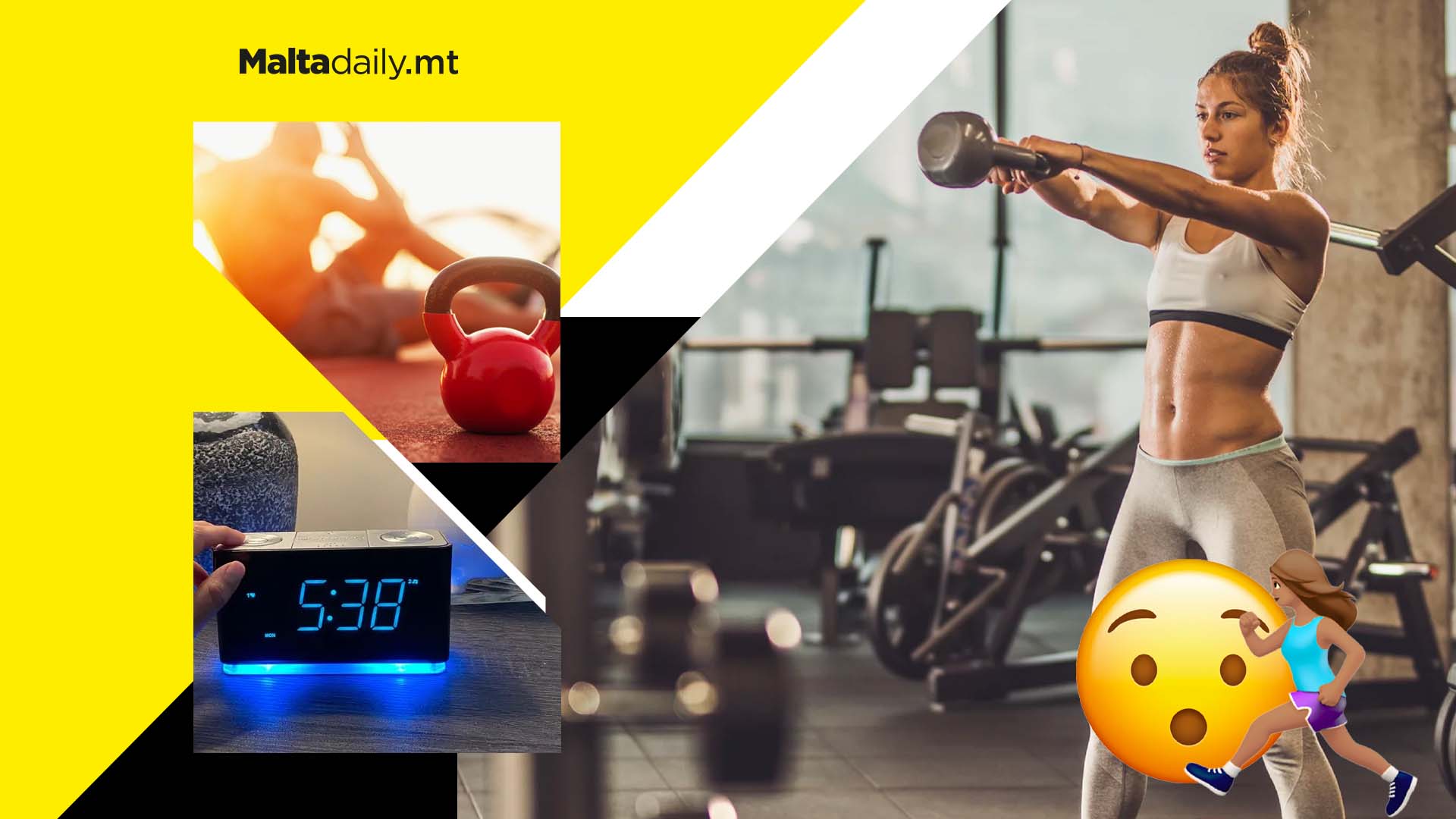 A new study has found that, despite exercise being good for a person whenever it is done, the time of day to achieve the summer body goals may impact the speed for different sexes.

According to a new US study, women were found to burn more body fat during morning exercise, whereas evening workouts benefitted men more.

Researchers suggested that differences in hormones, in biological clocks as well as sleep-wake cycles between the sexes could play a role in losing body fat. The study involved 30 men and 26 women and ran for 12 weeks.

The candidates were all active, healthy and ranging between 25 to 55 years old. They were subjected to sprints, resistance and endurance training, and stretching. Groups exercised for an hour before 8:30, whilst other groups did the same between 18:00 and 20:00.

With all their body fat, blood pressure, flexibility and other factors kept under track, all of them improved their overall health no matter the time. However, something else was at play as the results suggested that the time impacted sexes differently.

Men in the trial were less sensitive to the time of day, but evening exercise was found to be overall ideal to improve heart and metabolic health, as well as emotional wellbeing. The study was published in Frontiers in Physiology. 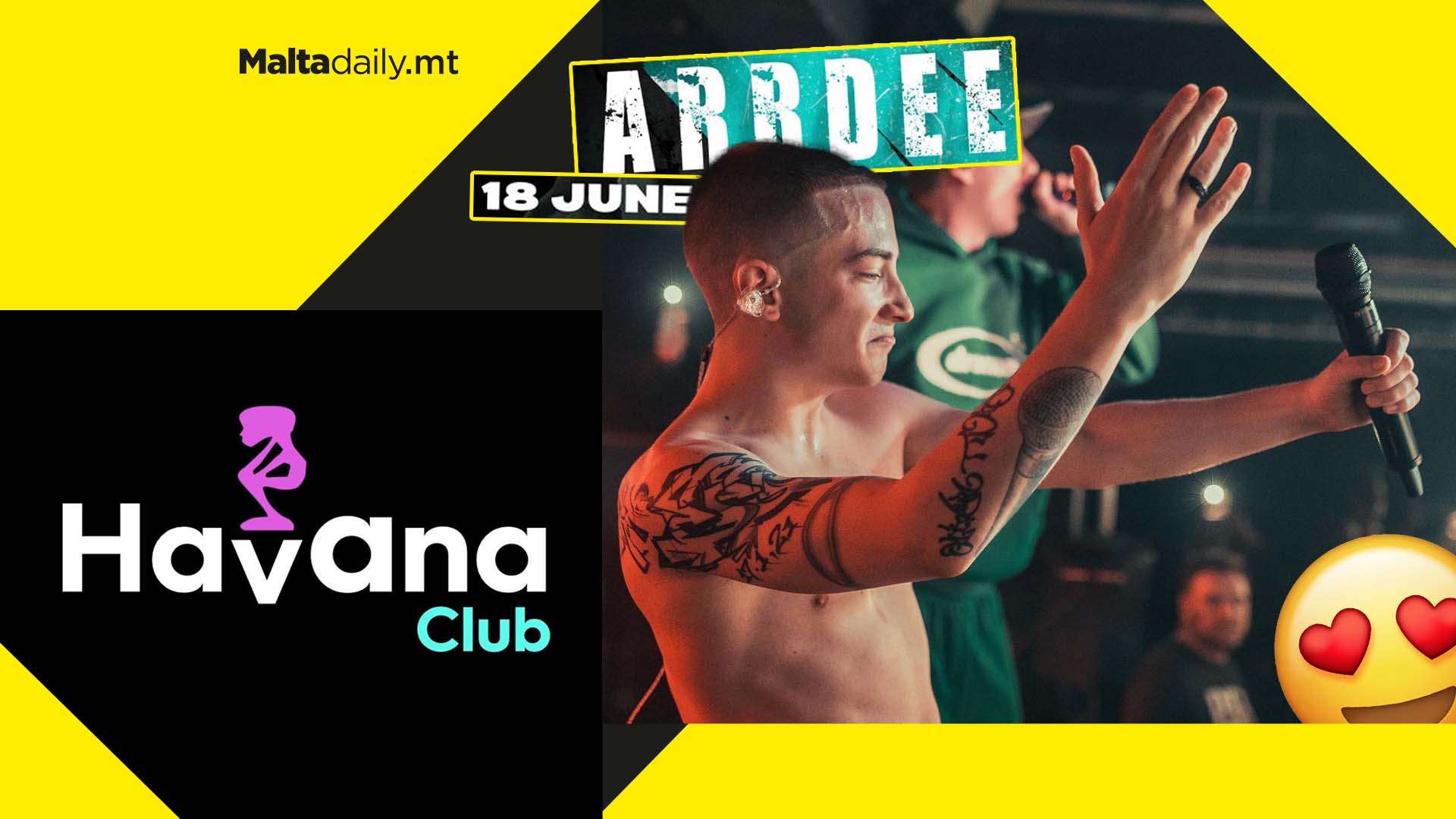 After months of anticipation and non-stop works on one of Malta’s most iconic clubs, Havana Club Malta is finally back and it’s returning with a BANG.

That’s right; the beloved hip-hop and R&B haven is announcing its first international musical guest and who better to kick off the celebrations than British rapper and TikTok phenomenon ArrDee!

After months of being closed for renovations, the iconic Paceville club will re-open as of 10th June and welcome the Brighton-born rapper on the 18th of June. ArrDee is responsible for global hits such as Oliver Twist, Come & Go and Flowers (Say My Name) amongst many other popular songs.

Tickets will go live on Friday and management are expecting them to go fast so keep your eye out for any updates and get ready for a summer of action, music and good vibes with Havana Club Malta.

Send this to someone who loves Havana!