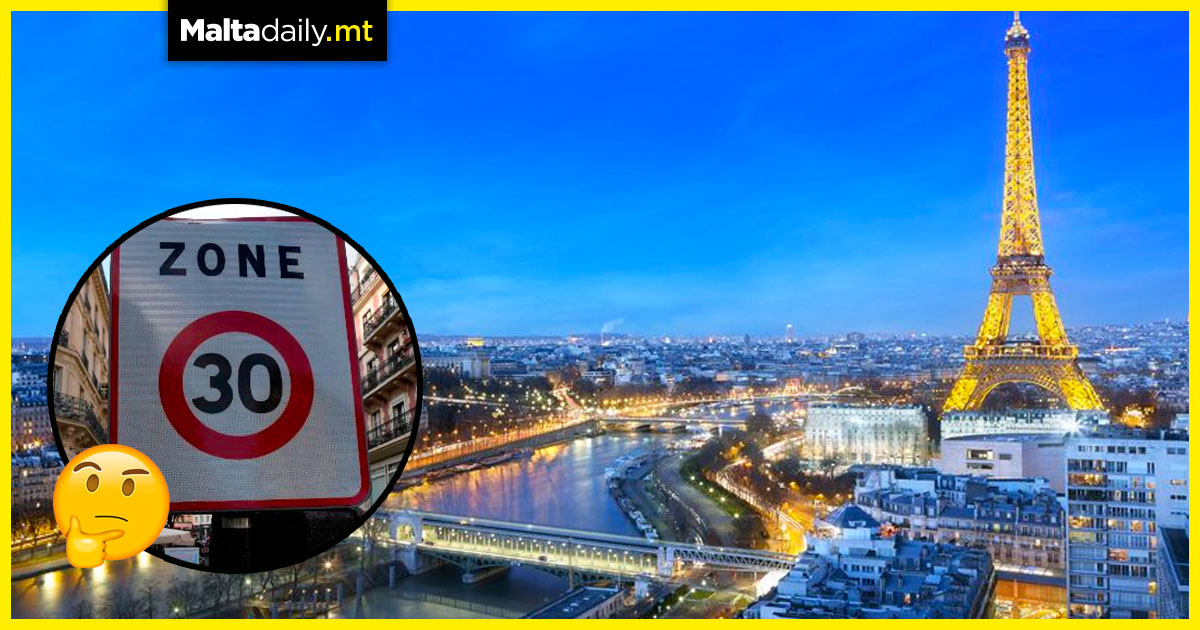 Authorities in the French capital Paris are forcing drivers to slow down whilst driving as they set a speed limit on almost all of the city’s roads at 30 kilometres per hour. This was done in a bid to reduce pollution but questions were immediately raised as to whether this will work. Some critics actually point out that it will worsen the city’s rush hour traffic jams and thus increase greenhouse gas emissions.

Authorities are also getting rid of 60,000 of Paris’ 144,000 parking spaces on public roads to ‘make them more accessible to everyone’ but also dissuade drivers from taking vehicles into the city. With sidewalks being widened and cycle lans to be installed, 59% of the city’s resident were in favour of the new limit which are into effect on Monday.

Opposition to the limit was however much higher in the wider Île-de-France region at 61%. Delivery drivers were most annoyed with the limit, as time was of the essence for them and thus a 30kph limit affects their work directly. Parisian Deputy Mayor David Belliard told BFMTV that the hope for the limit was to put more people off driving altogether and encourage more walking, public transport and bike usage.