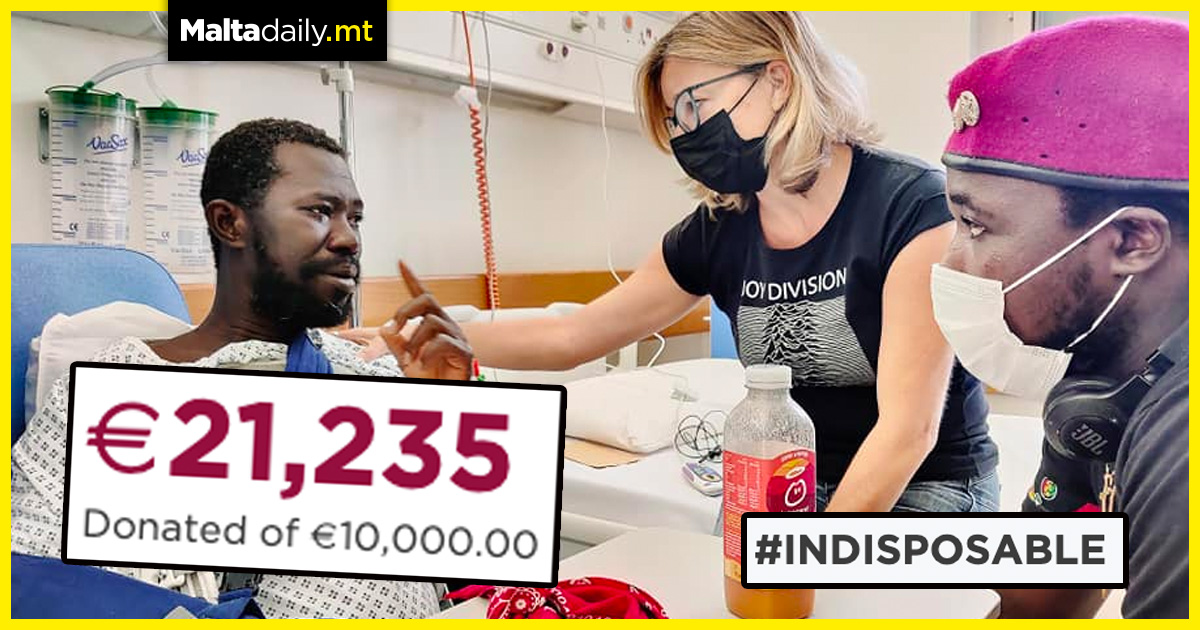 After Jaiteh Lamin was abandoned by his boss on a pavement following a construction site accident, a fundraising campaign in support of the worker has managed to rack up well over €20,000. Set up by Caroline Galea, who shared the first photos and videos of the incident, the fundraiser had a target of €10,000, but with 814 backers (as of writing this article), the fundraiser rose to €21,235 donated.

Visiting Lamin in hospital, Galea revealed how the migrant worker wanted to support his mother, wife and kids. He and his relatives revealed to Galea all the discrimination they faced as they attempted to become accepted in the Maltese community. Hundreds have rallied to support Jaiteh, with even an installer offering him a job once he recovers. Meanwhile, contractor Glen Farrugia, has been charged with over 20 offences and denied bail, despite pleading not guilty to voluntarily causing Lamin’s injuries.

You can support the fundraising campaign by following this link.