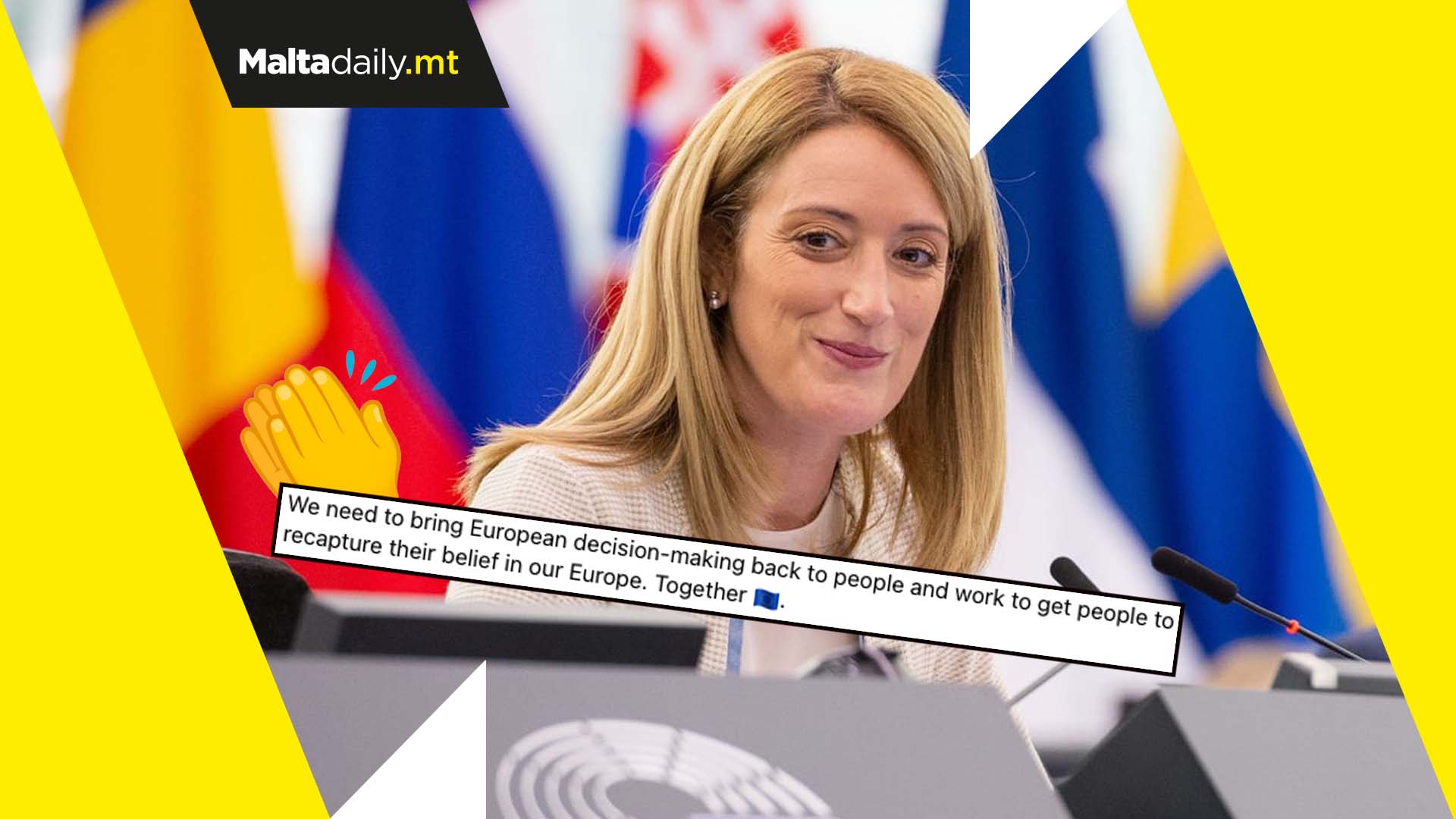 Nationalist MEP Roberta Metsola has made one more step towards becoming the next President of the European Parliament with an absolute landslide vote.This is after she was confirmed as the EPP’s candidate for the role, receiving a majority of 64.4% of the votes of her fellow EPP Group. Metsola was chosen by the European People’s Party during a private meeting on Wednesday evening.

Austrian Othmar Karat and Dutch Esther de Lange had also submitted their candidature alongside Metsola, receiving 18 and 44 votes respectively. Metsola said that she feels humbled and honoured to have been given a strong mandate by the EPP Group to be its candidate for President of the European Parliament.

She was congratulated by several Maltese politicians. David Casa, who previously stated that he would give up his quaestor position to give Metsola a better chance, stated: ‘We made it!’ as he went on to congratulate her achievement.

Opposition leader Bernard Grech said that ‘Metsola has made us proud us to be Maltese today. […] Today’s vote is an acknowledgment of her work, and by extension Malta and the Nationalist Party.