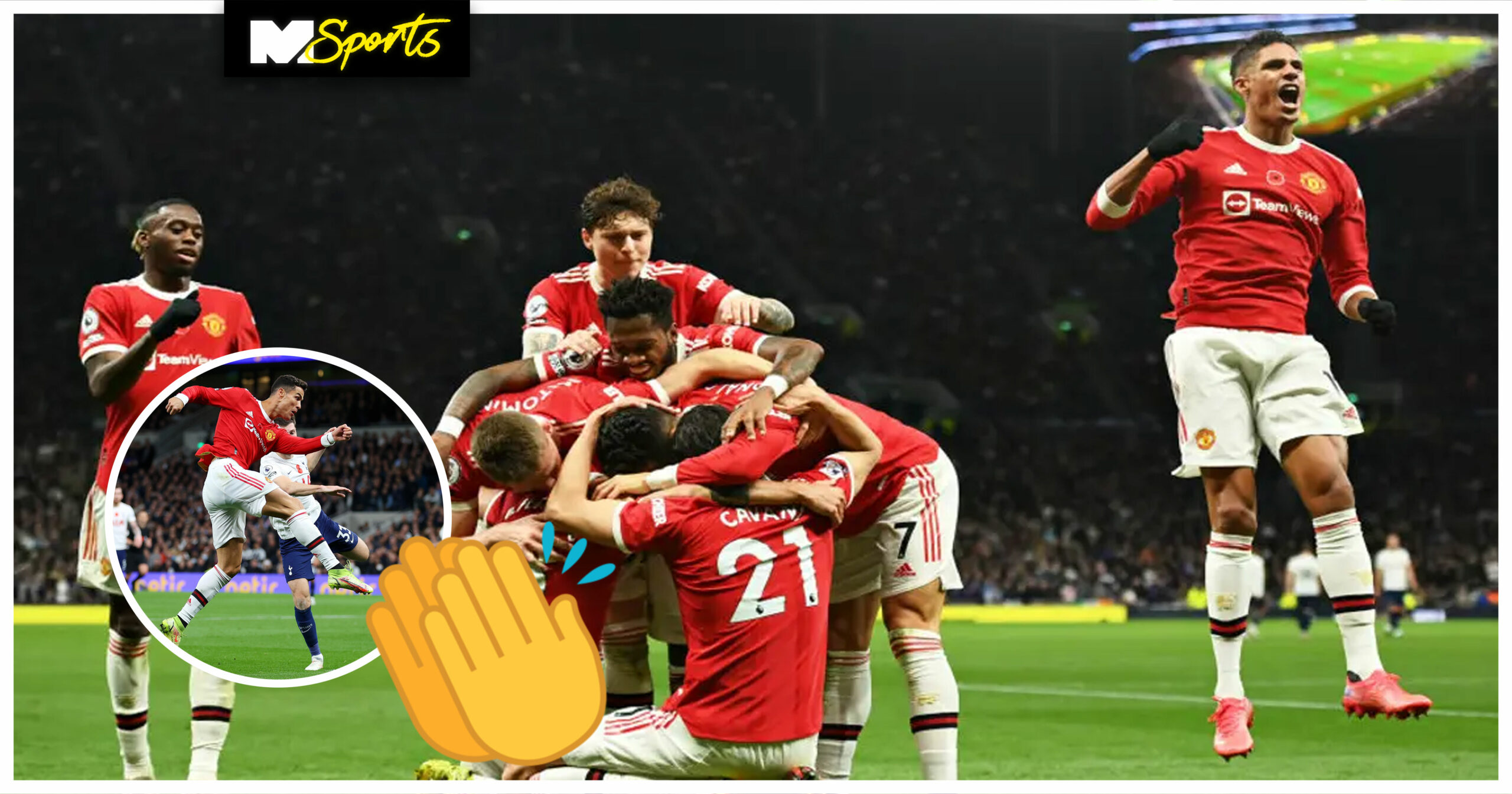 Yesterday evening, Manchester United scored three goals past rivals Tottenham Hotspurs. This win ensured that Ole Gunnar Solskjær will keep his job as the Red Devils coach, after a turbulent past few weeks and some shocking results. Tottenham manager Nuno Espírito Santo will now be aware that all the pressure is on him after a disappointing start to the season domestically and in Europe.

Manchester United started the game in a surprising 3-4-1-2 opposed to their usual 4-2-3-1. It looked like Ole wanted to change things up after their dismal performance against Liverpool, and the change in formation worked wonders. Even though having less possession then the home side Tottenham, United seemed more in control and looked like they wanted the win more. Their first goal came in the last few minutes of the first half when Cristiano Ronaldo scored a beautiful volley from a very tough angle to score from.

The second half unlike the first was quite one sided. The Tottenham players looked deflated and uninspired whilst the United players looked like they were enjoying the game. After grabbing a very important goal, Ronaldo also provided an assist in the 64th minute to Uruguayan striker Edinson Cavani. The game was over after Cavani’s goal and that let Ole to give minutes to players like Jesse Lingard and Marcus Rashford. Rashford left his mark in the game, after coolly finishing a Nemanja Matic through ball.

After the game Manchester United boss Ole Gunnar Solskjær had this to say “It has been a difficult week for the players, the club, the fans, for me. I’ve stayed away from most of the noise. But you know what is happening out there and you know you have to put a performance up.” he also said that “The most important thing for the fans and me and the players is that we connect together,”

Nuno had this to say after a lot of criticism from the fans “It’s up to us to take it, tell them that we try our best, tell them that we are sorry because we didn’t perform as we wanted. And we keep on trying and in a humble way ask them to support us all the way.” He also admitted that he “totally understands” why the fans were booing him and his players.