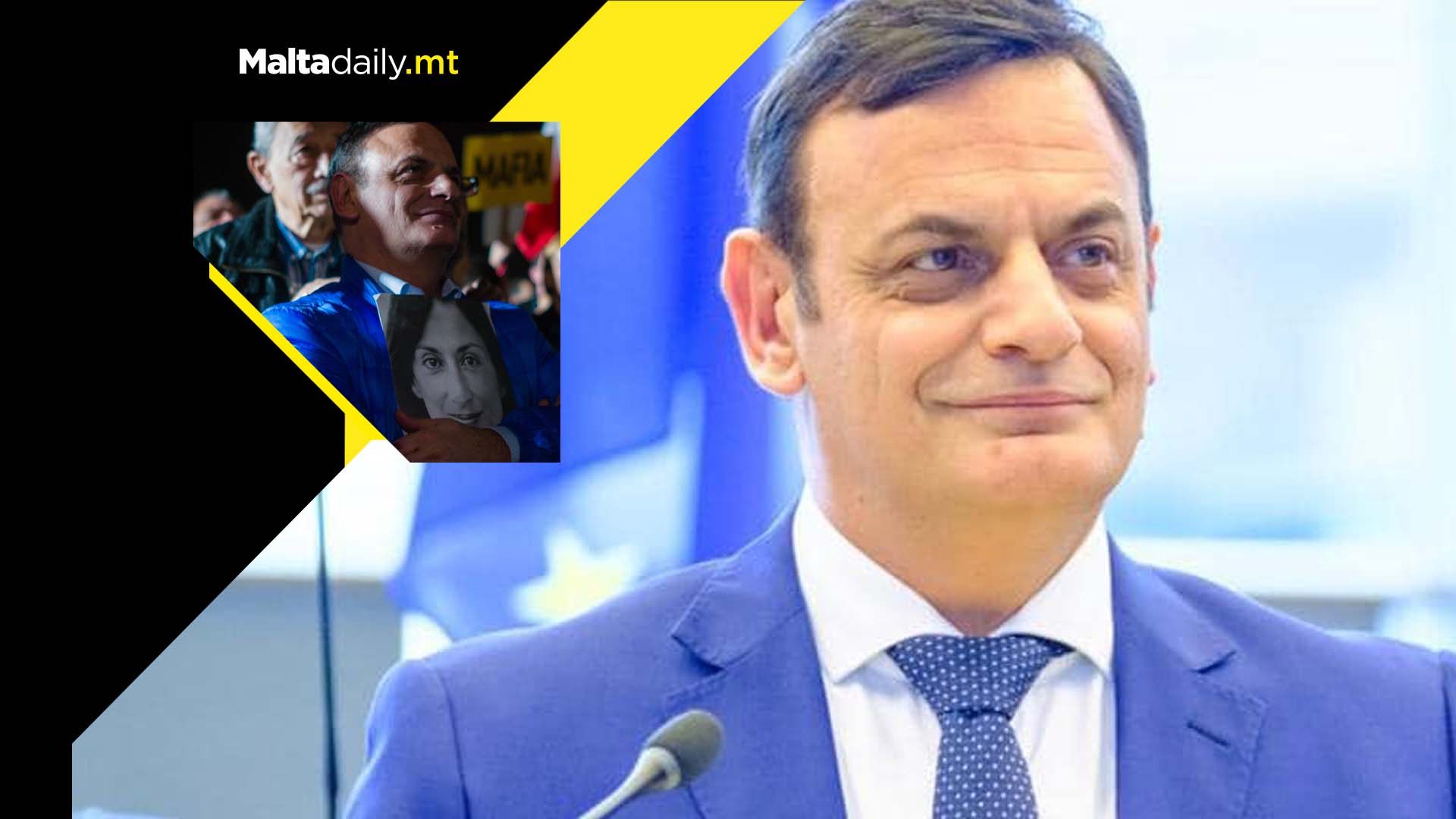 Reacting to the European Commission’s proposal which would change legal procedures across Europe to ensure better journalistic protection, Casa said that after four years of hard work, it is immensely gratifying to see significant progress on press freedom in Europe.

Casa has been significantly involved in raising awareness in Brussels as co-chair of the Media Working Group. He has advocated for a legal, Europe-wide solution to address vexatious lawsuits.

In the EU parliament, he has led political efforts by academics, journalists and activists to put an end to the issue. The draft law announced today addresses two key legal hurdles that enabled vexatious lawsuits being filed domestically and overseas.

David Casa explained that SLAPP suits reached their peak in Malta in 2017, when journalists like Daphne Caruana Galizia faced dozens of bogus defamation suits, including criminal libel and intimidating letters from Pilatus Bank.

“When this issue came to the fore in Malta, it was seen as a complex issue that involved aspects of human rights and private international law. It is a sign of success that we mobilised support on a European level”, Casa said.

“We now have a working solution on the table that will bolster protections for journalists, especially those working on public interest investigations against those corrupt entities and governments with deeper pockets and more resources than entire news agencies.”

Between 2010 and 2021, Malta had the highest number of SLAPP suits per capita in Europe. 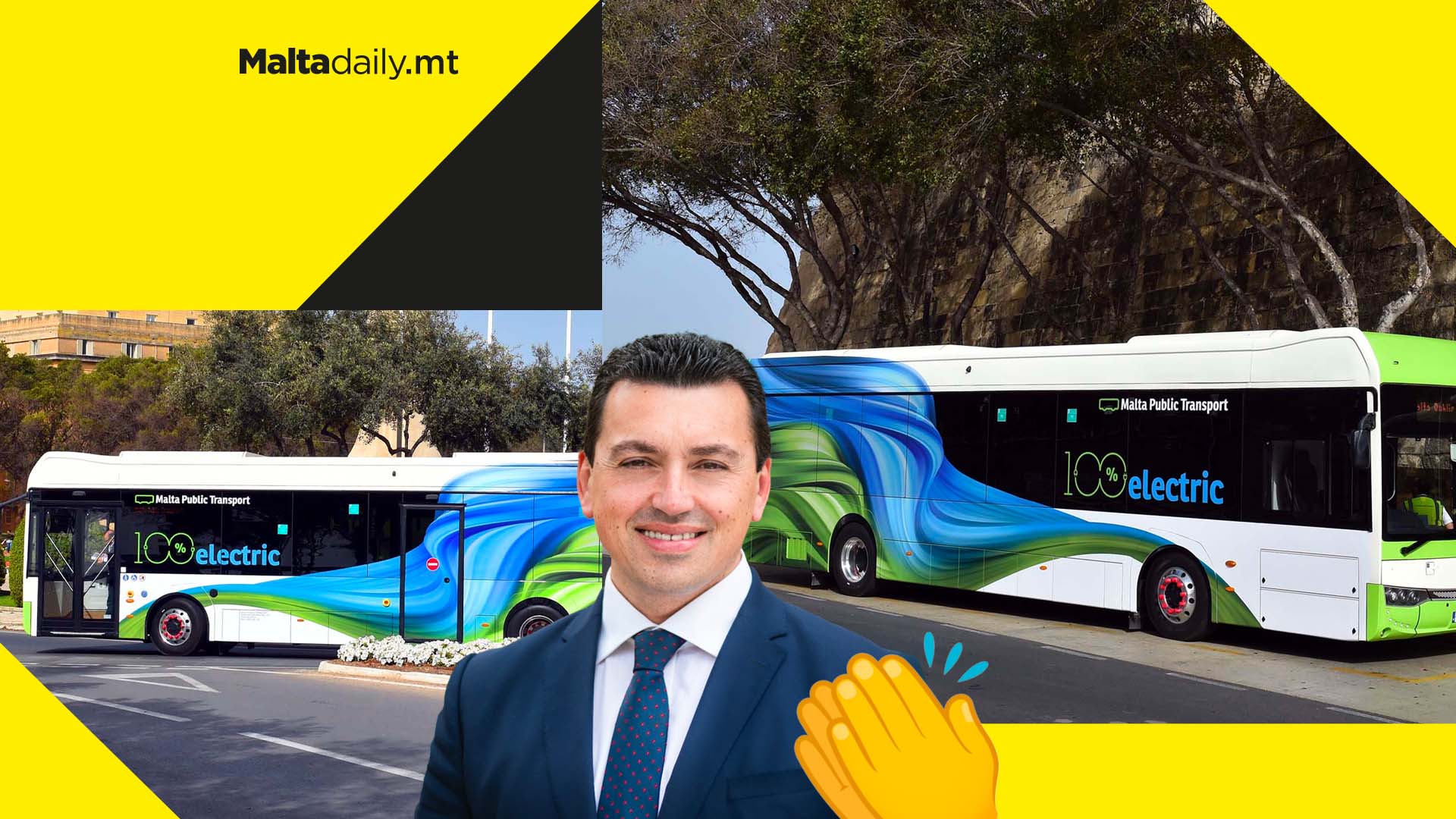 Through an investment of €1 million, two new fully electric, zero-emission buses have just been added to Malta’s public transport fleet.

Transport Minister Aaron Farrugia labelled the addition a shift to the next level as he attended the launch of the vehicles by the bus operator, Malta Public Transport, in Valletta on Wednesday.

The Minister said that transport plays a vital role in our society and our economy, impacting everything from our quality of life as well as the sustainability of our local environment.

He said that our current bus fleet is mostly made up of the latest environmentally-friendly buses. ‘But it is now time to shift to the next level to electrically-powered buses. Today’s investment is only the start of the decarbonisation plan and will be further complemented by the free public transport scheme which will be introduced on October 1st of this year.’

Addressing the €1 million price tag of the two buses, MPT Chairperson Felipe Cosmen said that public transport is an important player in the fight against climate change.

Ever since the MPT kicked off operations in 2015, it overhauled the existing fleet with over 300 new buses fitted with the latest Euro 6 engines. Cosmen highlighted how this makes it among the youngest and cleanest public transport fleets in all of Europe.

320,000 litre of water needed to put out warehouse fire 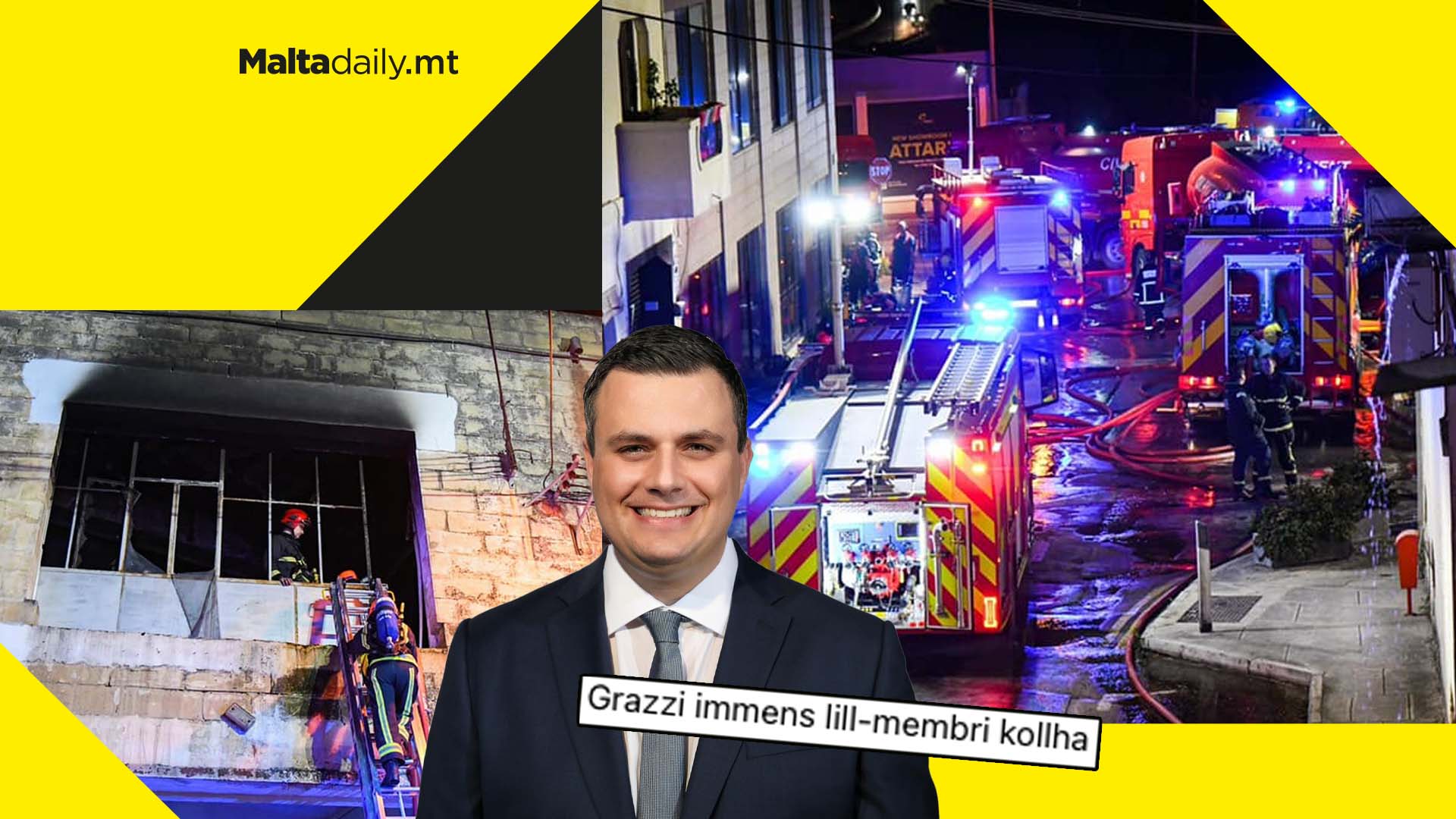 The Civil Protection Department’s chief assistance and rescue officer revealed that it took 50 firefighters, 320,000 litres of water, 10 vehicles and seven hours to put out a foodstuffs warehouse fire.

The French broke out in Santa Venera on Monday afternoon at around 4:30pm, just 30 minutes after the workers closed up shop. The warehouse, located in Triq il-Ħarrub and owned by Strand Palace Agencies, is used for storage of foodstuffs and other raw material.

The last of the flames were extinguished by 11:30pm, but officers were told to remain on site to put out minor flames that broke out during the night. The first firetrucks answered the call a few minutes after the first flames were detected.

The CPD official said that it was evident from the start of the accident that the operation was going to be drawn out and delicate. Officers removed potentially dangerous items such as LPG gas cylinders which were lying inside the warehouse, as well s a number of 45-litre tanks full of oil.

Explosions could be heard mere hours from inside the building after the fire broke out. The temperature inside the warehouse peaked at 350 degrees Celsius, Pace revealed.

Police spokesperson Brandon Pisani confirmed that an inquiry is being held, and that officers on site helped with the evacuation of residents from adjacent buildings as a precaution. Yesterday, following the incident, Home Affairs, National Security and Law Enforcement Minister Byron Camilleri took to Facebook to praise the hard work of all those involved in mitigating the incident.

He said that such situations show why investments into vehicles and other apparatus are important. ‘When it is needed, our workers have the best tools to protect us’ he said. This followed mere hours after the Minister inaugurated an investment of €1.6 million into 4 new Civil Protection vehicles.

Maltese roads get 56 newly licensed vehicles on a daily basis 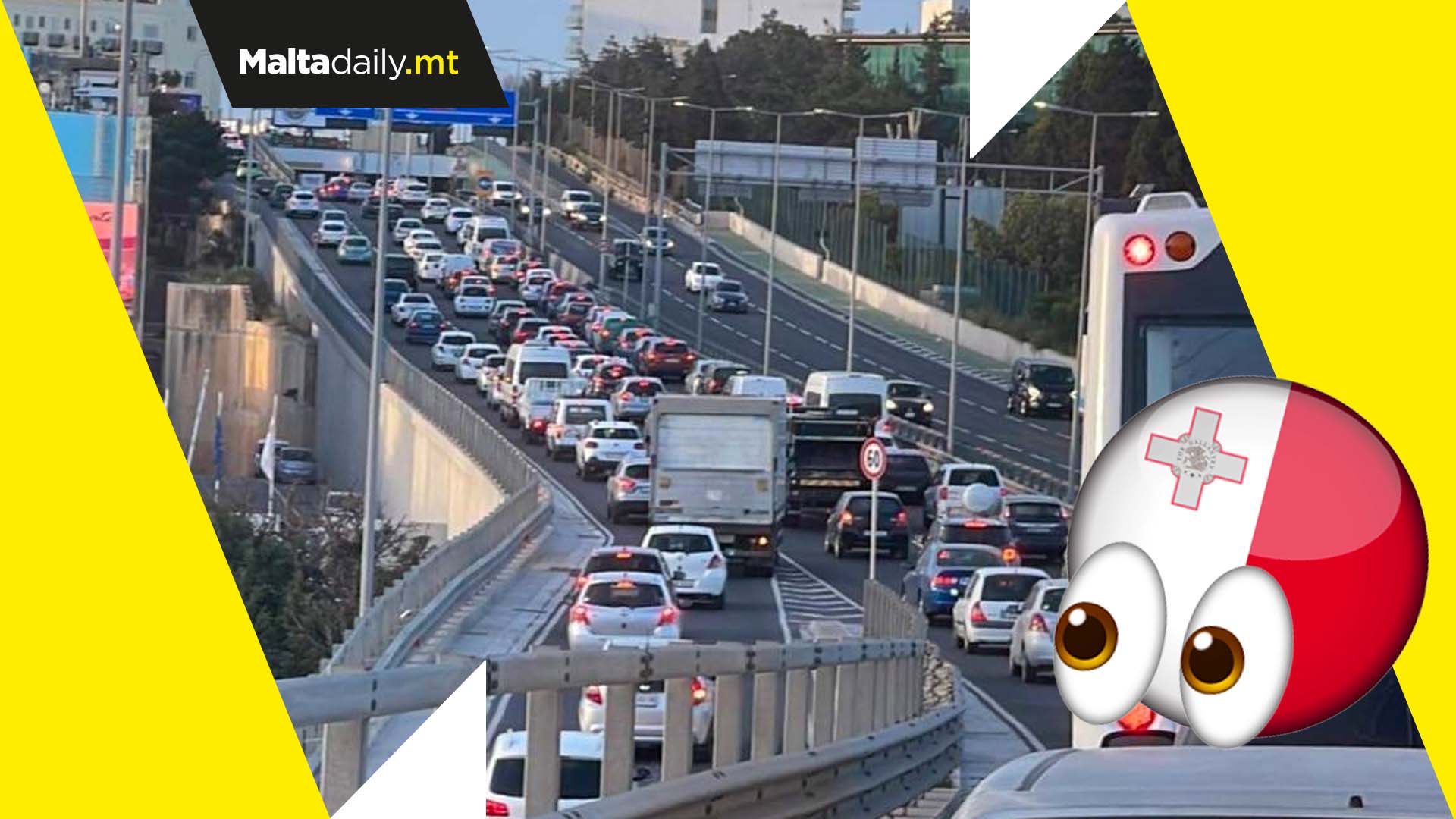 The National Statistics Office confirmed that upwards of 56 newly licensed motor vehicles are welcomed by Maltese roads on a daily basis.

Between January 2022 and March 2022, Maltese roads saw 5,009 motor vehicles licensed for the first time for use. By the end of this March, the licensed motor vehicles stock stood at 414,669.

75.6% of this total were passenger cars, whereas 13.8% were commercial motor vehicles. 9.4% were motorcycles, quadricycles, E-kick scooters as well as All-Terrain Vehicles.

Buses and minibuses were in a minority of less than 1%. The bulk of motor vehicles are either petrol-powered or diesel-powered at 245,391 and 155,761 respectively.

Despite pushes for their use, electric and plug-in hybrid motor vehicles accounted for just 1.7% at 7,122. This is still a massive improvement over previous years as the government issues initiatives to ease the switch to such vehicles.

Malta’s traffic problems have been a thorn in the country’s side for quite a while, with proposals such as metros, trackless trams and even pledges to give youth scooter licenses seeking to remedy the issue.