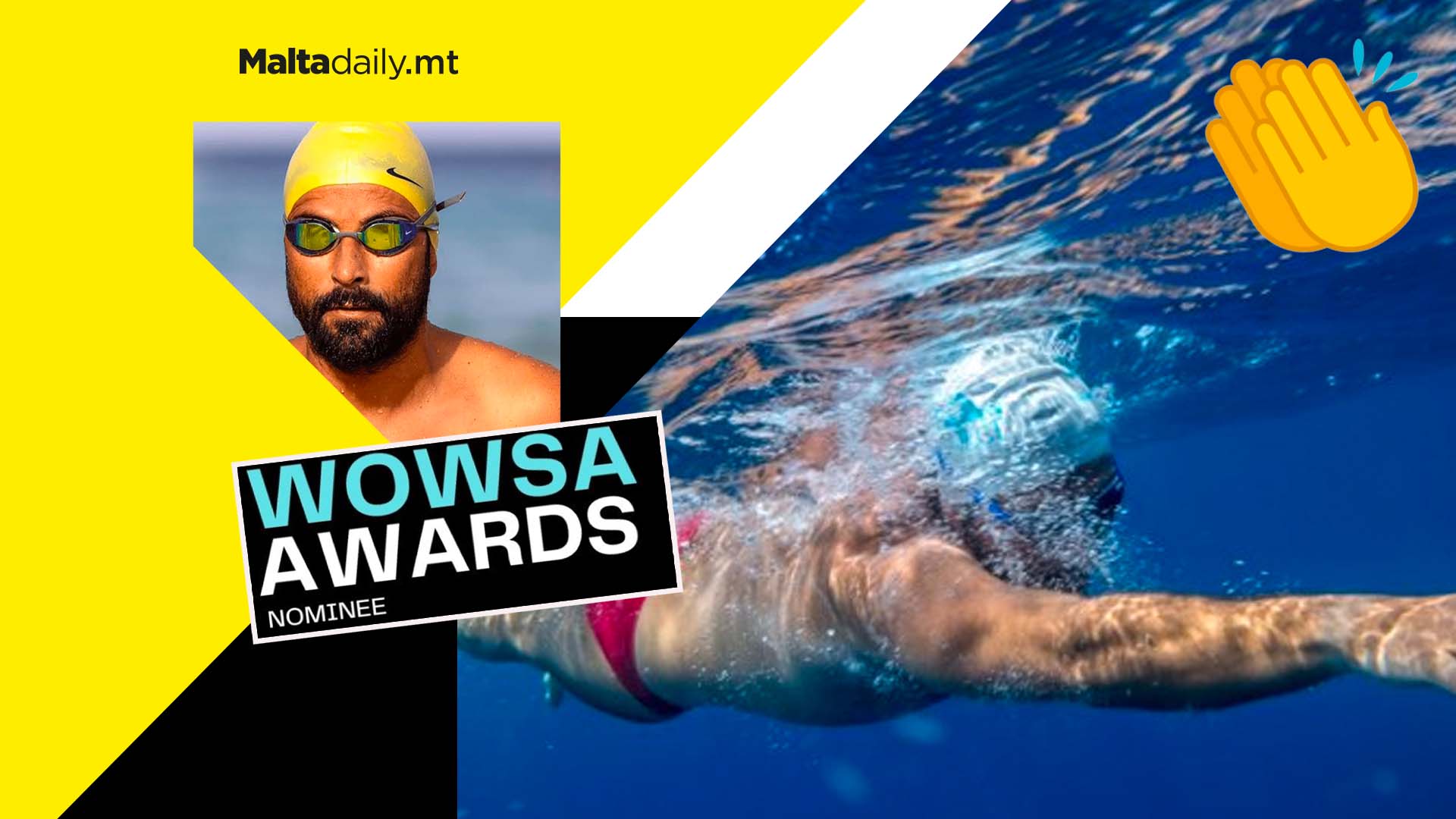 The World Open Water Swimming Association (WOWSA) is an international association dedicated to the organisation, promotion and recognition of open water swimmers, with an annual public recognition highlighting the best of the best.

Agius himself is a former Olympic swimmer, and has been nominated for serving as an ocean advocate and co-founder of the Wave of Change campaign, which raise awareness about plastic pollution in Maltese waters.

The swimmer took to social media to express his gratitude and disbelief in being considered for such a prestigious international award, much to the praise of all who follow and support his work.

He is also widely known for swimming 126.3 km from Italy to Malta through the Strait of Sicily as the longest unassisted and continuous current-neutral swim in history over 52 hours. The anti-pollution activist set a world record in the Mediterranean Sea and this nomination is rightly deserved.

This isn’t the first time Agius was awarded or nominated for his work, having just received a Medal for Service of the Republic by President George Vella. Agius is up against a host of swimmers from around the globe, so if you think Agius deserves the title, get to voting and supporting the local champion!