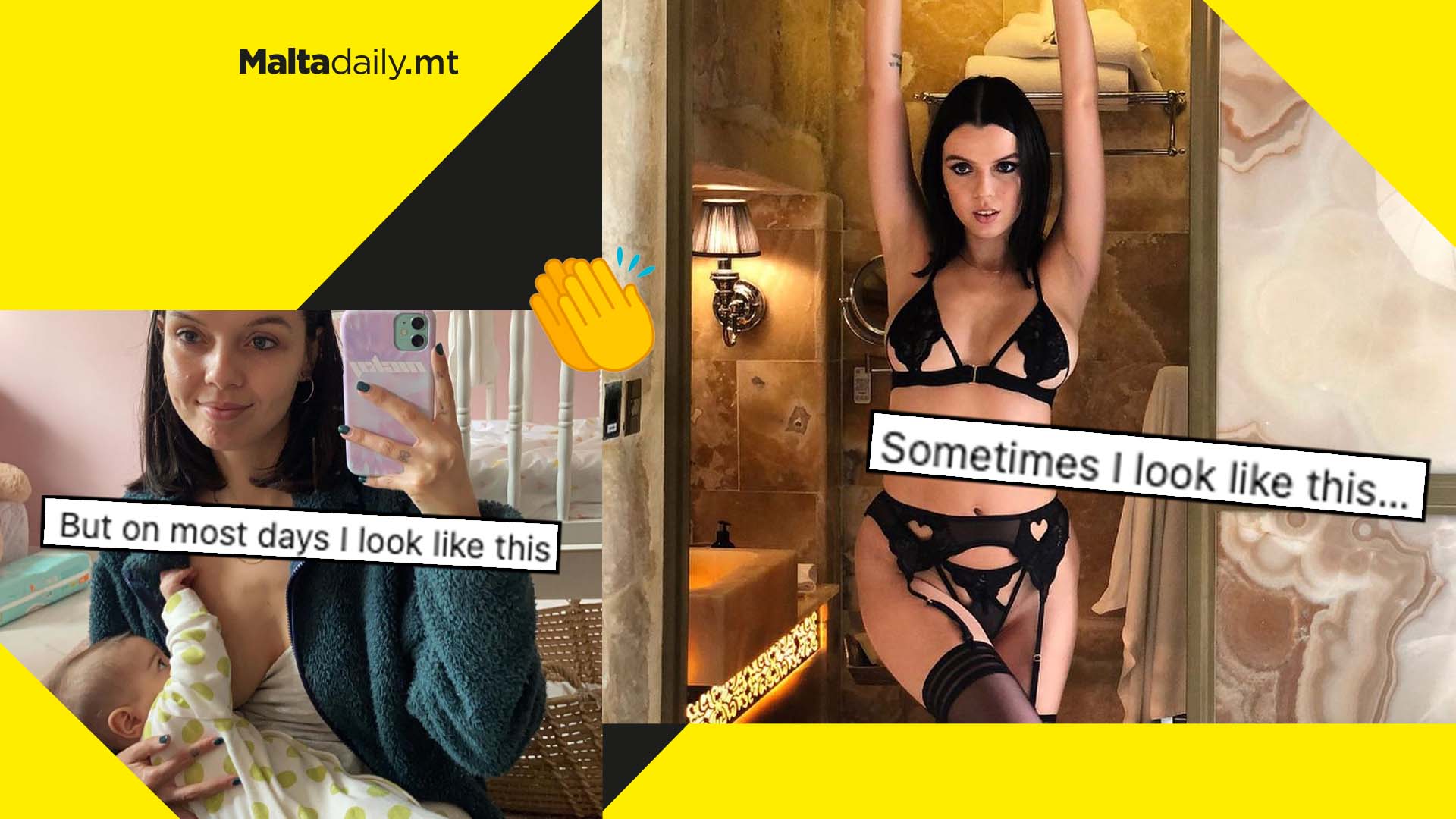 Posting to her Instagram page, local model and recently turned mother Nicola Grixti showed the reality, and the beauty, behind all the social media glamour.

Grixti, who is a well-known model in Malta, posted an Instagram swipe post, with the first photo of her in lingerie and the way many are accustomed to seeing her through her career.

In the second photo however, she showed the reality of day-to-day life and motherhood, breastfeeding her new born Nellie. She captioned it ‘Sometimes I look like this… but on most days I look like this.’

‘The life you see here on social media isn’t always the reality… sometimes it’s like everyone’s highlight reel.’ The post showcases the actuality of life behind the filters of media, showing how being in one’s natural state is beautiful in its own right and that people shouldn’t be afraid to show it.

The post was met immense praise by many fans and other influencers alike. Nicola never shied away from showing the other side to the day-to-day, walking her fans through her pregnancy journey as well.

Ta’ Qali construction accident leaves one dead and another injured 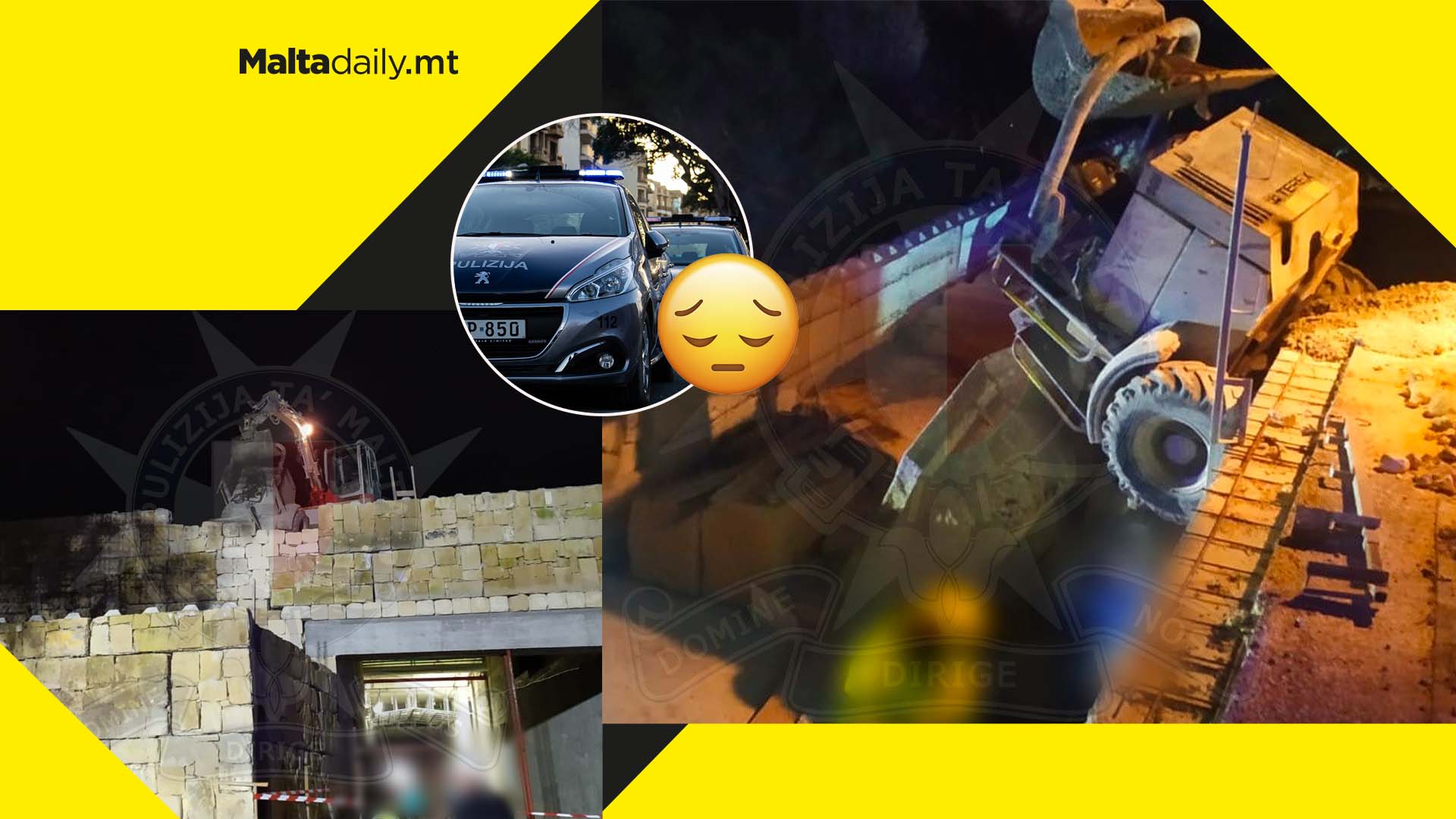 A 40-year-old worker sadly lost his life yesterday on a construction site in Ta’ Qali.

The incident happened at around 18:30hrs, with police being informed that their assistance was needed on the site where works on the Ta’ Qali National Parks are being done.

Police convened on the site immediately, with preliminary investigations revealing that heavy machinery, on which two workers were operating, had tilted and fell.

One of the two men, one from Ħal Għargħur and another from Imġarr, fell out of the vehicle to a height of around one storey into a narrow shaft. Despite the intervention of the Civil Protection Department and a medical team from Mater Dei, the 40-year-old was pronounced dead on spot.

The other worker, 35-years of age, was taken to Mater Dei, with the state of his injuries still pending confirmation. Magistrate Dr Rachel Montebello LL.D was informed of the case and opened an inquiry. 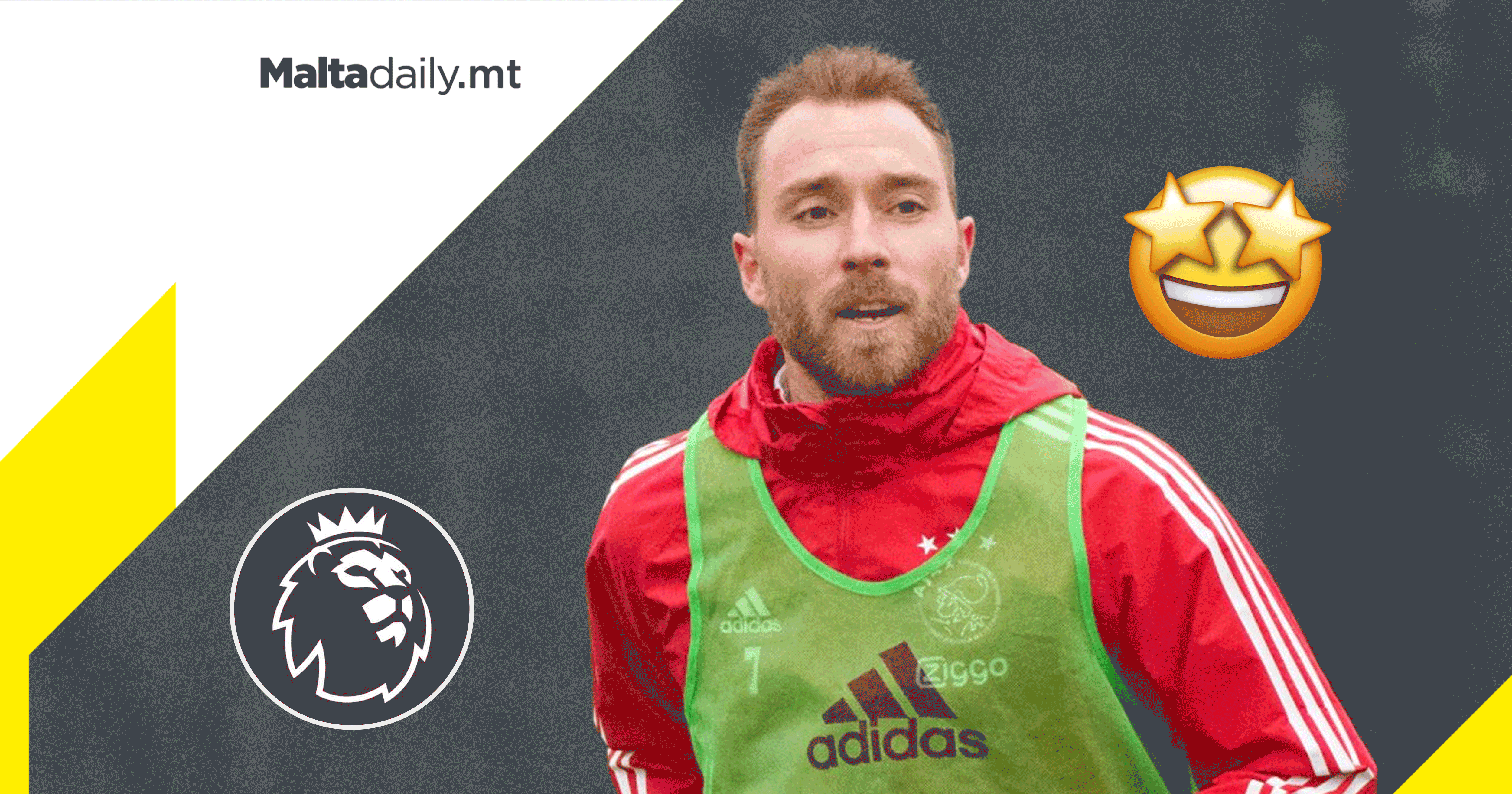 Former Inter and Tottenham Hotspurs midfielder Christian Eriksen, has started training with his old team Ajax’s reserve squad. The Danish star has been inactive after suffering from a cardiac arrest at last summer’s Euros during a match versus Nordic rivals Finland. Eriksen had to terminate his contract with Italian champions Inter, because of a law in Italy which states that professional athletes can’t have an ICD  (Implantable cardioverter-defibrillator) whilst participating.

In a statement the Dutch champions had this to say;

“The Dane was given the green light by his doctors in December to resume his football career after completing months of individual recovery.”

“Because he wears an ICD, inserted after he suffered a cardiac arrest during the European Championship match between Denmark and Finland, he had to cancel his contract with Inter. Professional athletes are not allowed to play with an ICD in Italy – the only country in the world with such a rule.”

Eriksen also decided to comment saying “I am very happy to be here. At Ajax I know the people, it feels like coming home because I was here for so long. All facilities are available here and with Jong Ajax I can train at a high level in a group. That’s the perfect foundation for me at the moment. I want to be at my best again as soon as possible so that when I find a new club, I can perform well there as quickly as possible.”

Reports in England and some in Italy have stated that the midfielder is close to agreeing a deal with Premier League outfit Brentford. The West London based club actually has a huge Danish influence with there being two Danish players Mathias Jensen and Christian Nørgaard and a Danish coach in Thomas Frank. He will reportedly agree to a 6-month deal.

We wish Christian the best of luck in his much anticipated return! 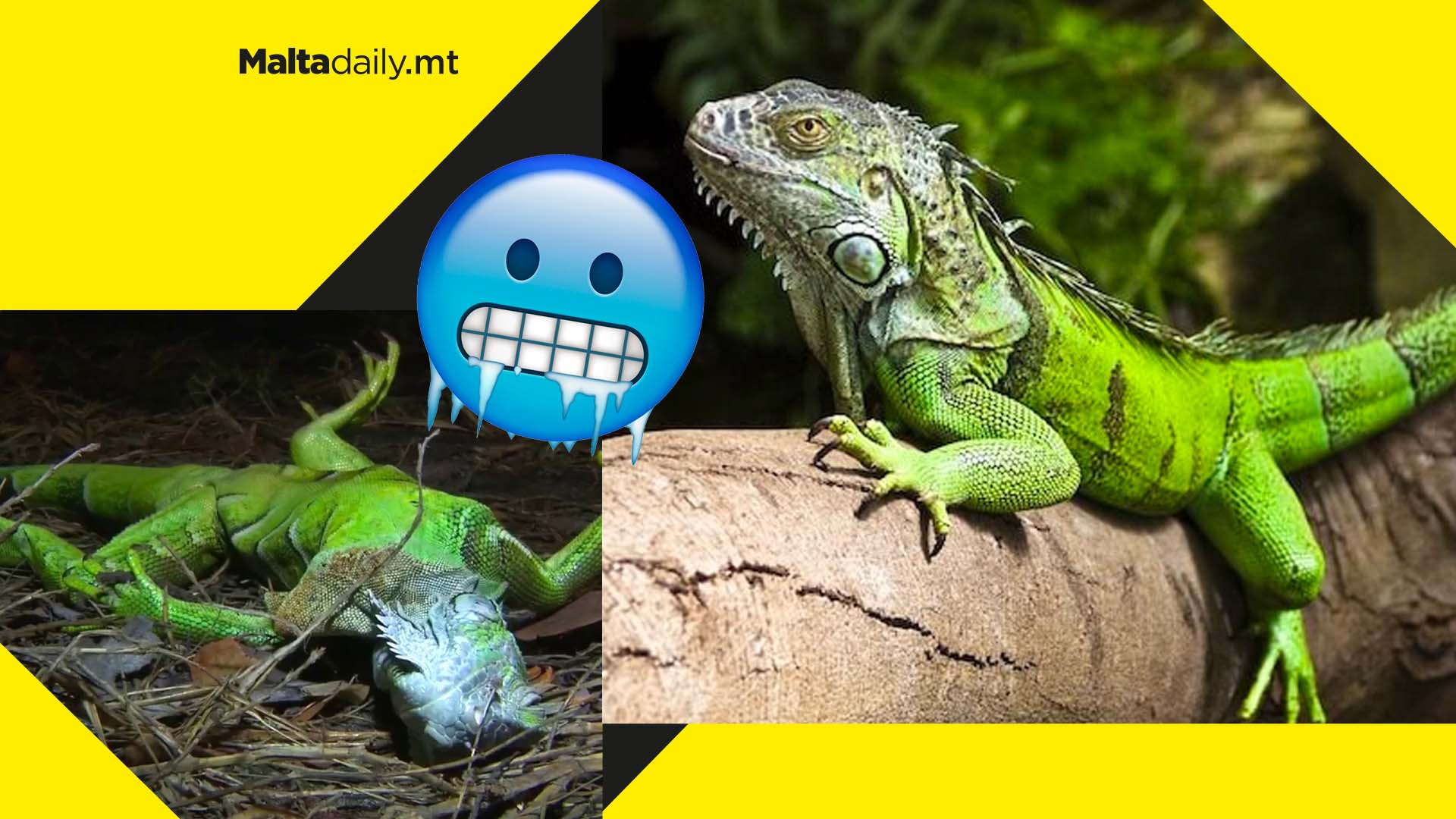 If you thought Malta’s temperatures were cold, the freezing weather in Florida is leading to iguanas falling out of trees. Warnings have ben issued to people so that they beware reptiles potentially falling on them, causing injury. As temperatures plummet, the iguanas – which as reptiles are cold-blooded animals – can get so cold that their bodies turn absolutely rigid. This makes them unable to cling to whichever branch they’re holding onto.

This leads them to fall out of the trees but are also quick to recover. This is why people are also being urged not to approach frozen iguanas as they will recuperate pretty quickly. Weather anchor for WSVN Vivian Gonzalez posted Twitter saying ‘We’ve entered FALLING IGUANA territory as temperatures are in the widespread 40’s […] Don’t approach. Once the sun is out, they will move.’

Back in 2020, communications director for Zoo Miami Ron Magill said that the temperature threshold for when iguanas begin to go into a dormant state depends greatly on the size of the iguana.‘The larger the iguana, the more cold it can tolerate for longer periods.’ Adult male iguanas can reach a length of five-feet and weigh up to 9kg – so one falling on you isn’t the best thing to have happen.