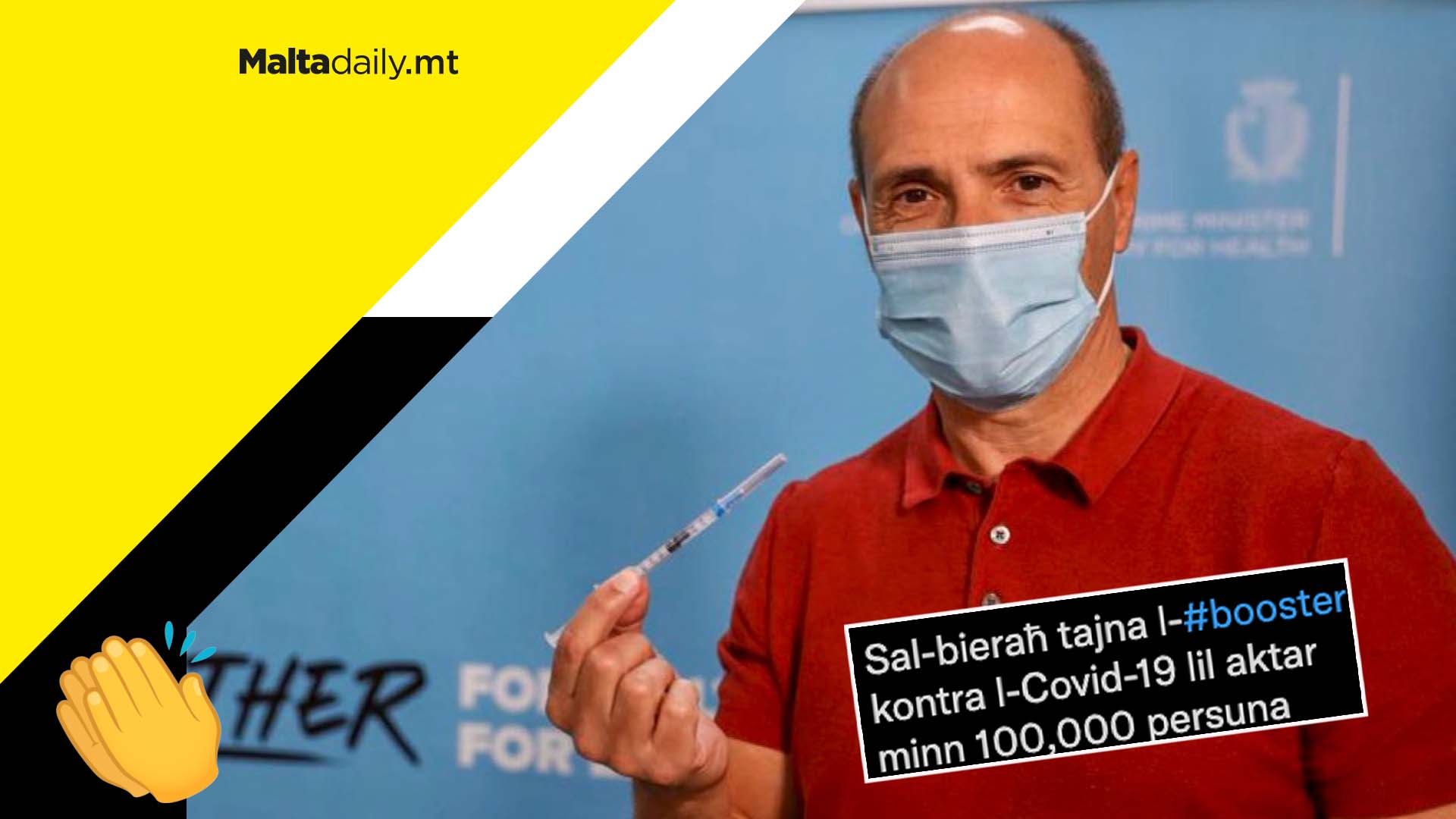 Health Minister Chris Fearne has announced that over 100,000 booster jabs of the COVID-19 vaccine have been administered.

The news follows the latest data from the EU’s health agency suggests that the higher the country’s vaccination rate, the lower the death rate ranks.

With Fearne himself along with shadow health minister Stephen Spiteri receiving their own booster shot on Tuesday, the European Commission published a chart on Tuesday showing Malta continuing to have one of the highest uptakes of vaccines in the bloc.

It also registered the lowest death rate,  with 92% of the adult population now fully vaccinated and the only country to have a zero death rate per million population over the last 14 days.

The rate is only beaten by Ireland, which ranks at 93%. Conversely, Bulgaria has only vaccinated 29% of its population and has the highest number of deaths compared to its population at 325 people per million.