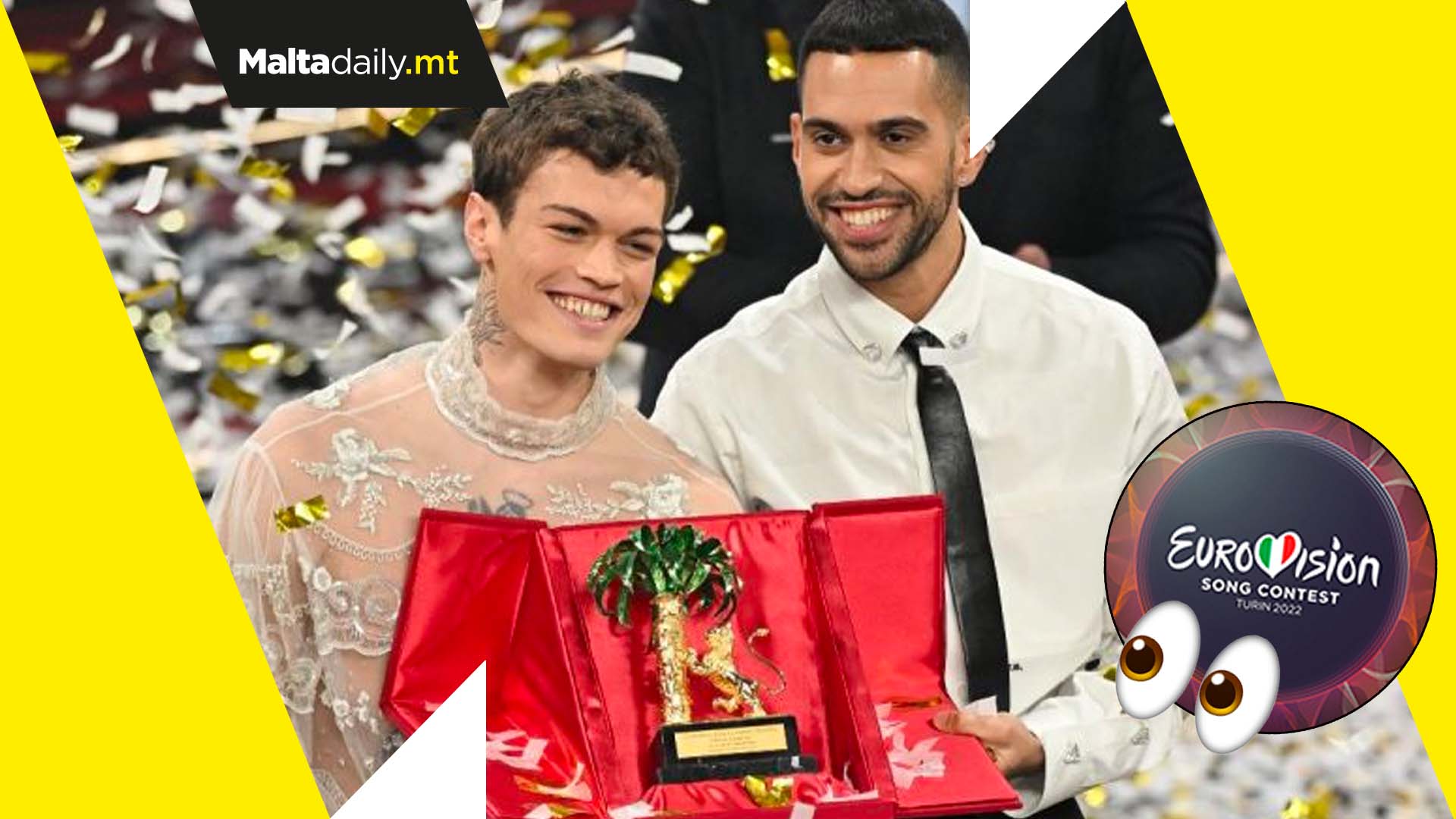 Mahmood & Blanco have just been crowned as the winners of the 72nd Festival di Sanremo Italy with their song ‘Brividi’.

Following a night of music, special acts and notable guests, all twenty-five participating artists performed their songs to get their shot at venturing to Eurovision Final 2022.

The result was first decided by the public, which resulted in three super finalists being announced after adding up public vote together with the previous nights average provisional rankings.

The winner of Sanremo has the option to go to Eurovision, and it was unveiled at a press conference shortly after the victory that the duo will be taking up this opportunity. This comes just after Italy won the Eurovision in 2021 with Maneskin’s ‘Zitti e Buoni’.

The duo will not be bringing the rock & roll which Maneskin emerged victorious with, but if the Sanremo reception is anything to go off of, Mahmood & Blanco’s music is also a force to reckon with for any Eurovision competitor. 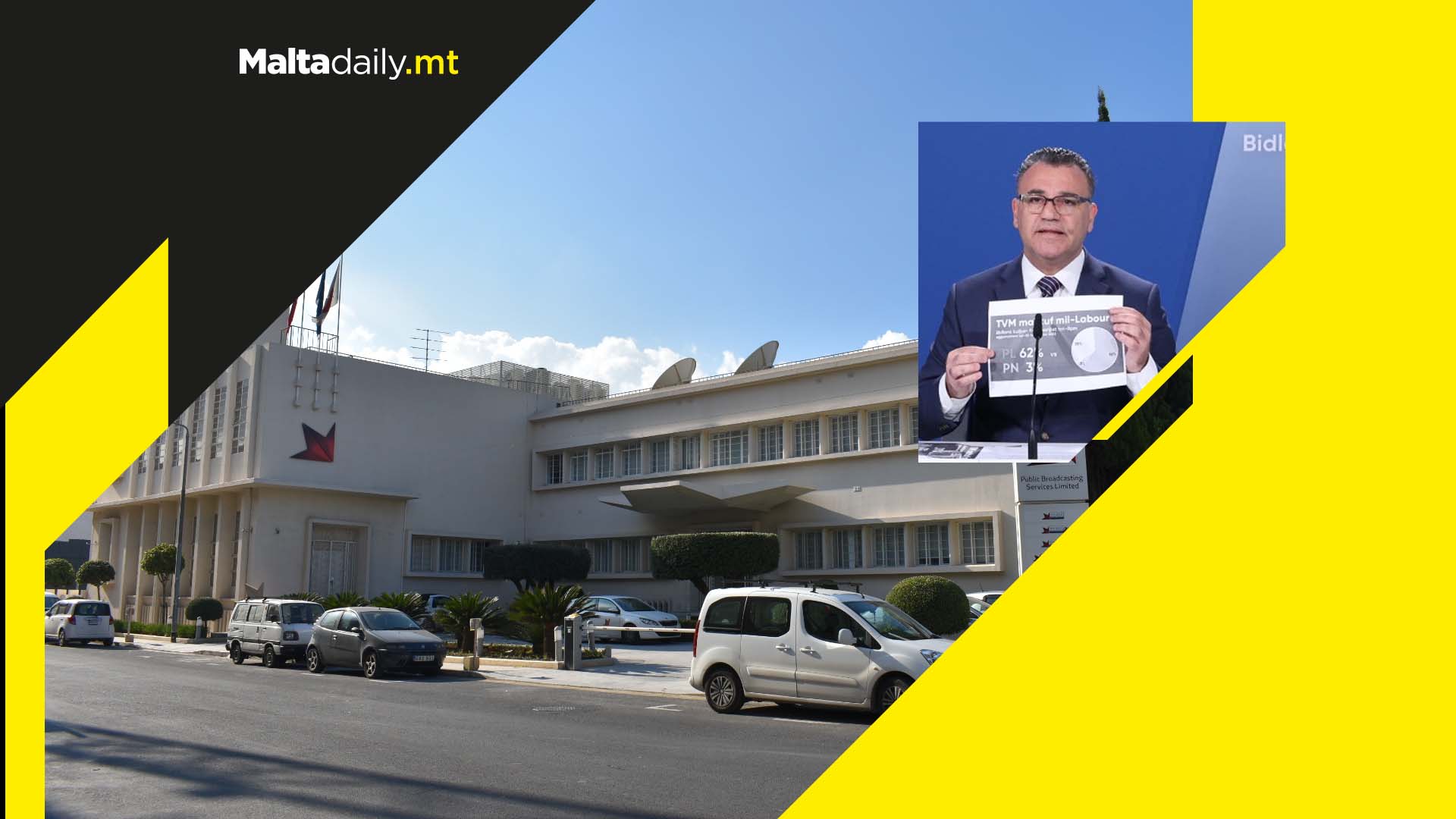 The Nationalist Party has gone to constitutional court over what it is deeming strong propaganda and political bias by state broadcaster PBS.

PN deputy leader David Agius, addressing a press conference on Saturday, said the party will be taking legal action against the Broadcasting Authority, the Public Broadcasting Service (PBS), Minister Carmelo Abela and the office of the state advocate.

Agius said that the Opposition has decided to take this route after suffering months of political imbalance, most notably due to the news coverage of the PBS. Agius pointed fingers at the state broadcaster whom he said has become completely ‘infiltrated’ by Labour propaganda, no longer offering balanced views and information on very sensitive issues.

The court application was filed in the first hall of the civil court in its constitutional function on Friday, and was signed by PN general secretary and lawyer Michael Piccinino, and lawyers Paul Borg Olivier and Francis Zammit Dimech. The latter two both served as PN general secretaries.

PBS has been completely taken over by Castille, said Agius, saying that people are being bombarded by the PL administration’s propaganda. In violation of the constitution, Agius said that news coverage during the 8pm prime-time slot was at times taken up with around 50% Labour messaging. On the other hand, some news bulletins did not dedicate a single second to the Opposition.

Agius said the PN appealed to the Broadcasting Authority in recent months over impartial news coverage after the budget. With the BA being the regulator of the sector according to Malta’s constitution, it makes it responsible of ensuring due impartiality and ensuring that broadcasting facilities and air time air time are fairly apportioned between persons belonging to different political parties.

In response, the Labour Party stated that the Opposition were always looking to shift the blame and weren’t credible. They stated that the irony of PN deputy leader David Agius calling the press conference was that he knew very well how the state broadcaster can be manipulated. 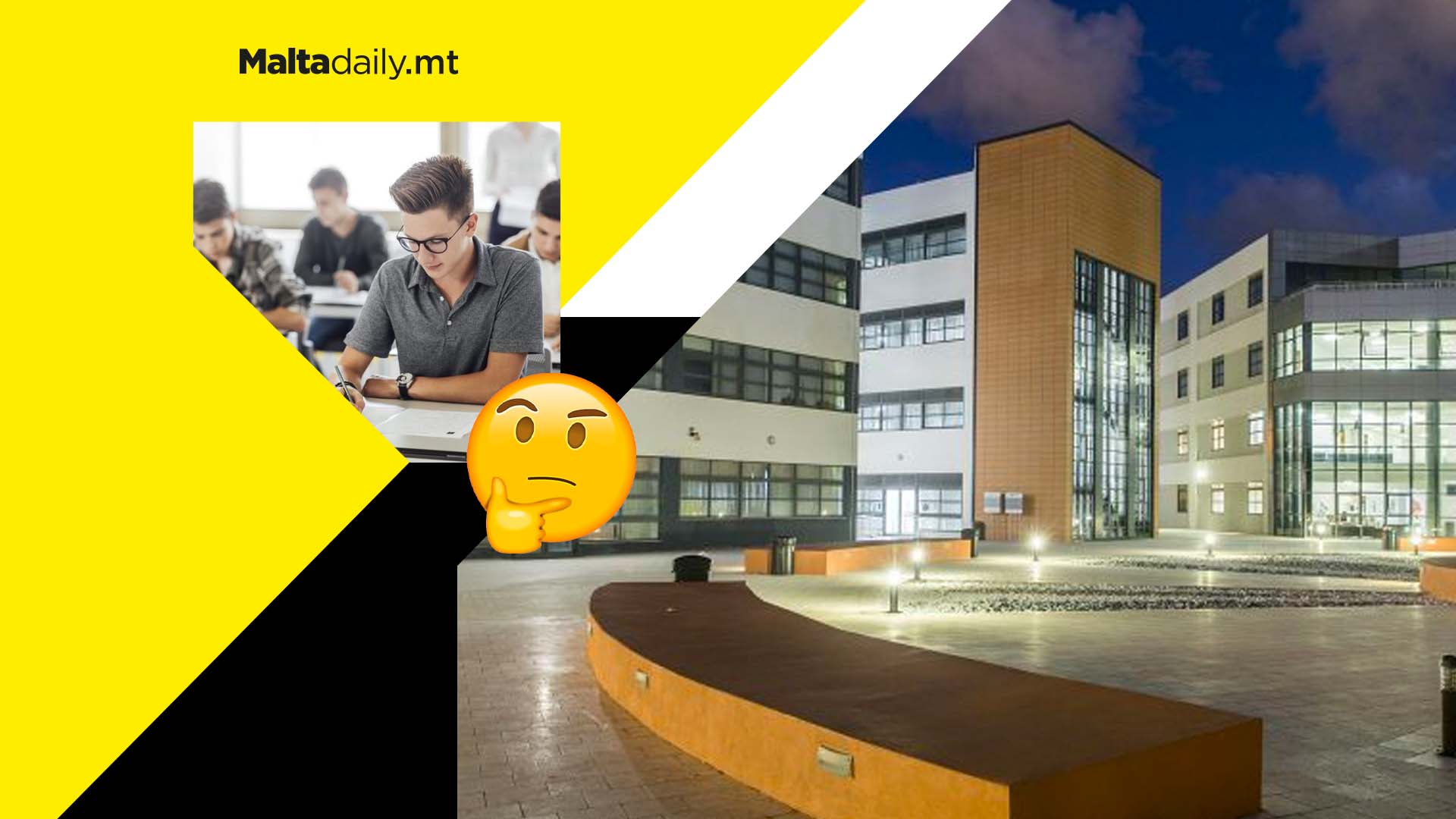 According to a study published in science journal ‘Xjenza’, large class sizes are contributing to lower end-of-course scores obtained by MCAST students.

Based on a dataset of 874 full-time students between 2018-20 who followed a course in the Institute of Business, Management and Commerce, an empirical study found a ‘significant negative relationship’ between large class sizes and average scores by the end of the course.

The study states that this signals how students are able to perform better were they assigned in smaller classes as opposed to more populated ones.

The study results show that for every additional student added to a class, the average score of each student decreases by 0.27 marks. Adding ten students to a class would therefore theoretically decrease the average by 2.7 marks.

The end of course score was obtained by taking the average score of all the units undertaken by the students through the course. Considering other variables, such as attendance, gender and nationality, the study found that female students obtained higher marks than male students.

It was found that the farther away a student lived from the MCAST campus, the lower the final score, with the study attributing it to potentially more effort being exerted prior to arriving at the college. The study was authored by lecturer Ayrton Zarb and actually includes a number of recommendations to address the issues.

Żarb recommends lower class sizes, ideally less than 17 students. This would mean the education ministry having to recruit more teachers and expanding schooling facilities within MCAST to accommodate more classrooms he said.

Gap between parties cut by 10,000 but Labour still in the lead 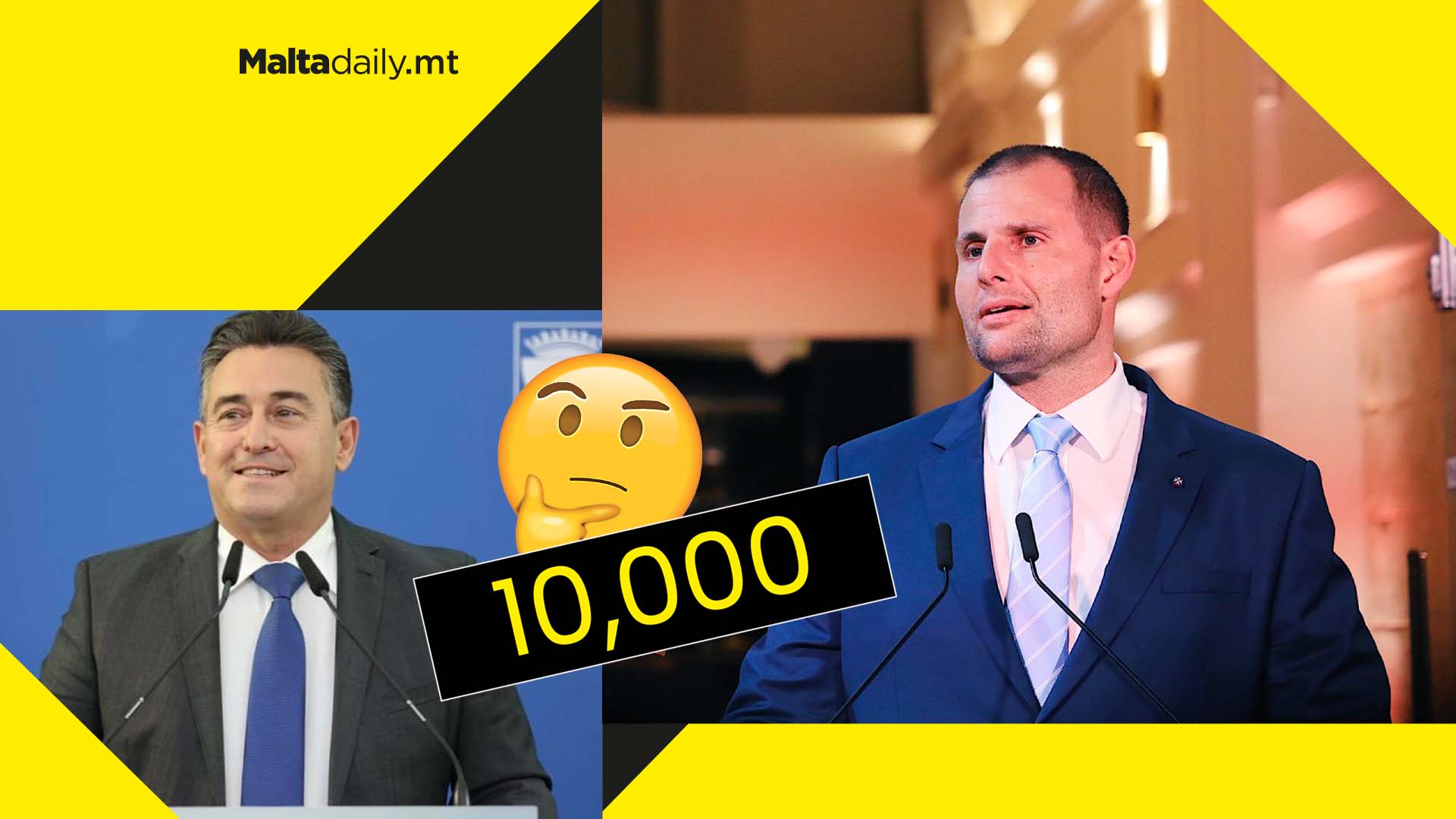 A new survey by MaltaToday has shown that the Labour Party could emerge victorious in a general election with a gap of under 36,000 votes one the Nationalist Party.

Were it to be held tomorrow, the projected election results would see the PL amassing 54.3% of the overall vote, with the Opposition trailing behind at 42.8%.

Despite it being a very similar repeat of the 2017 general election, the gap between the two parties has declined by just over 10,000 votes since MaltaToday’s January survey.

The survey however does not attribute voting preference to those who stated that they will not vote or new voters unsure who to vote for. For this survey, unsure voters who voted in 2017 were assumed to be voting for the same party as they did in 2017. Even if new voters with an as of yet uncommitted decision vote PN, the gap would drop to just under 26,000.

In the mean time, the percentage of predicted non-voters and invalid votes taken together in the MaltaToday survey is 11.8%. If uncertain voters are reassigned their 2017 voting decisions, this would represent 41,834 votes – an increase of around 11,000 votes from 2017.

In terms of trust ratings, Prime Minister Robert Abela’s trust ranking dropped slightly to 45.1% from January’s 47.3%, whereas Opposition Leader Bernard Grech moved up to 30.3% from previous 26%.