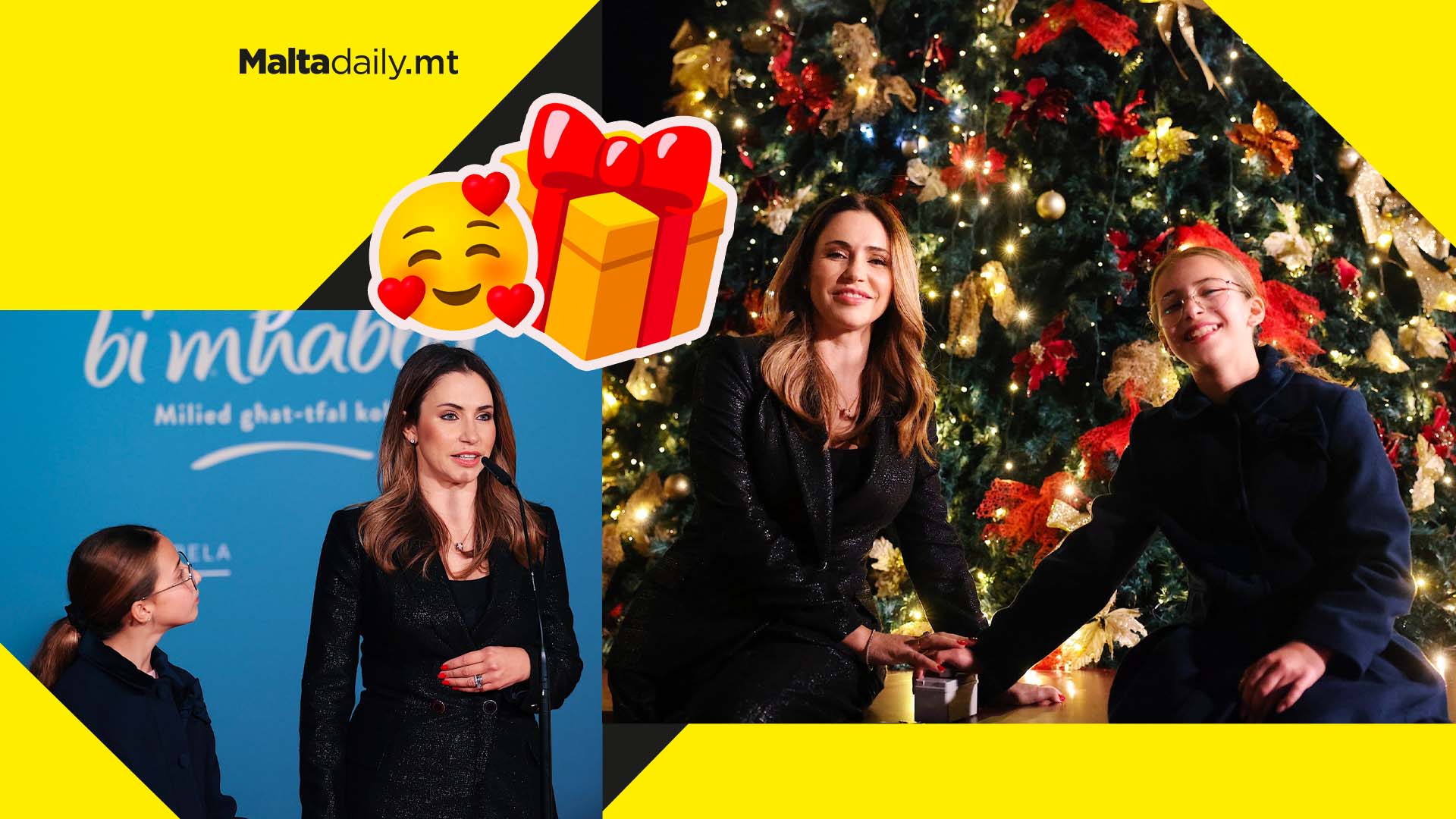 Wife of the Prime Minister Lydia Abela, along with daughter Giorgia Mae, lit up the Christmas Tree in Castille Square in Valletta to officially kick off the festive season in Malta.

Mother and daughter also announced the official launch of the ‘Rigal Bi Mhabba’ (A Gift with Love) campaign.

The campaign saw many Maltese and Gozitan families coming together in previous editions to leave as many gifts and presents as possible beneath the enormous Christmas Tree in the Square for charity.

People are encouraged to leave gifts for kids aged up to age 12 from the 12th of December 2022. This open period will end on the 21st of December before the gifts are handed to many local children.

A similar initiative is also being encouraged to take place in localities around the island, with local councils to take up the challenge of a similar but smaller scale campaign.

Taking to social media, Lydia explained that with the people’s generosity, ‘we can assure once again that every child experiences the joy of a gift during this wonderful time of the year.’

‘The previous two editions were a success’ the wife of the Prime Minister said. ‘I am convinced that with your love we will continue to bring a smile to more children’s faces.’ 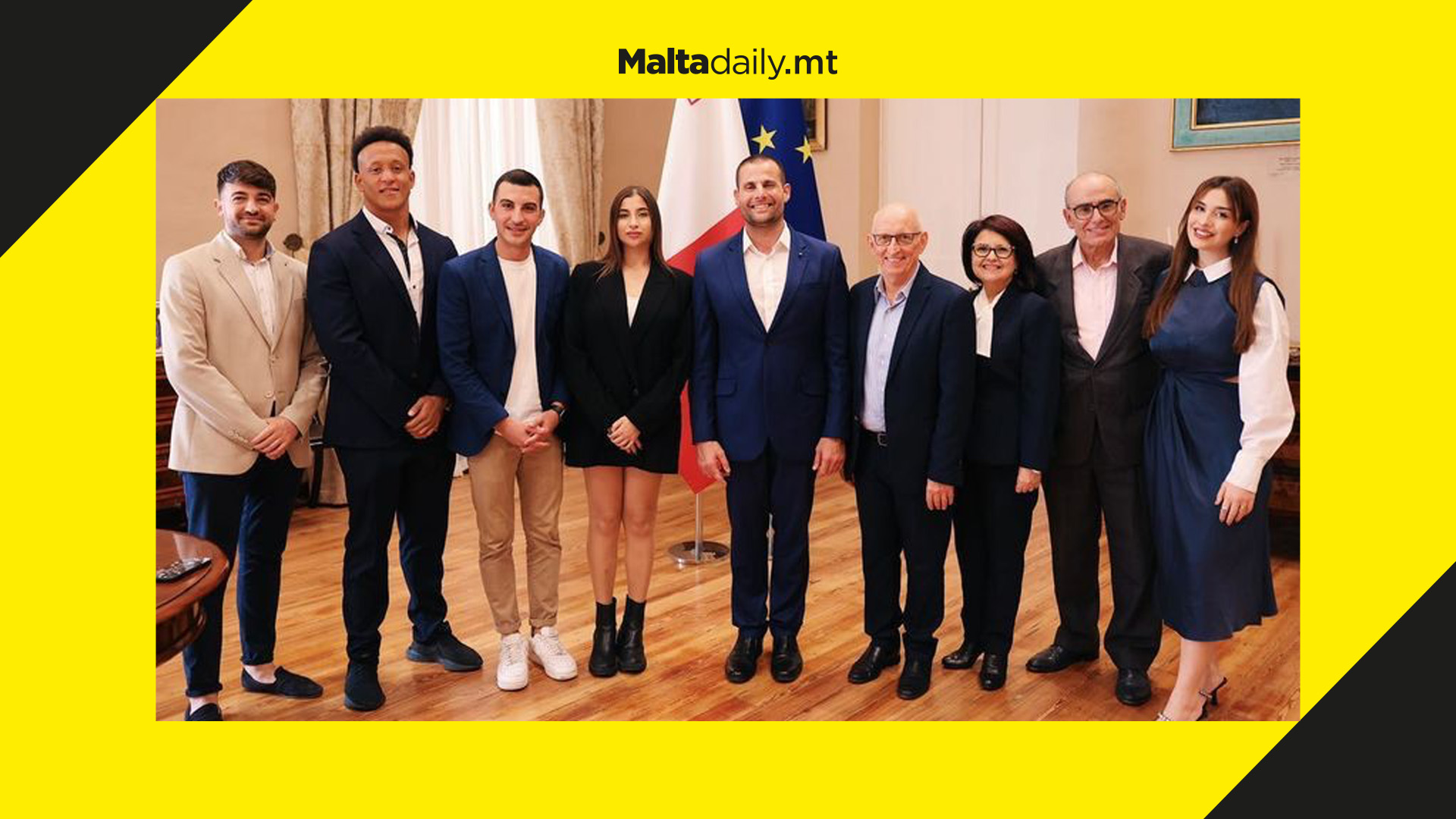 On social media, artist Megan May described the discussion with Robert Abela as “very fruitful.”

Speaking about their time at Auberge de Castille, our own, Amy Borg and Keane Cutajar, had very positive words about the whole experience.

During this meeting, the group described their experiences, and also showed Robert Abela photos of the HopeXchange hospital that was built in Kumasi, Ghana, thanks to donations from the Maltese Public.

Amy, Keane, Kevin, Megan, Victor, and Daniel travelled to Africa during the month of November. They were accompanied by Mario Capello and Nikol Baldacchino from the Ghana Mission Foundation based in Malta. 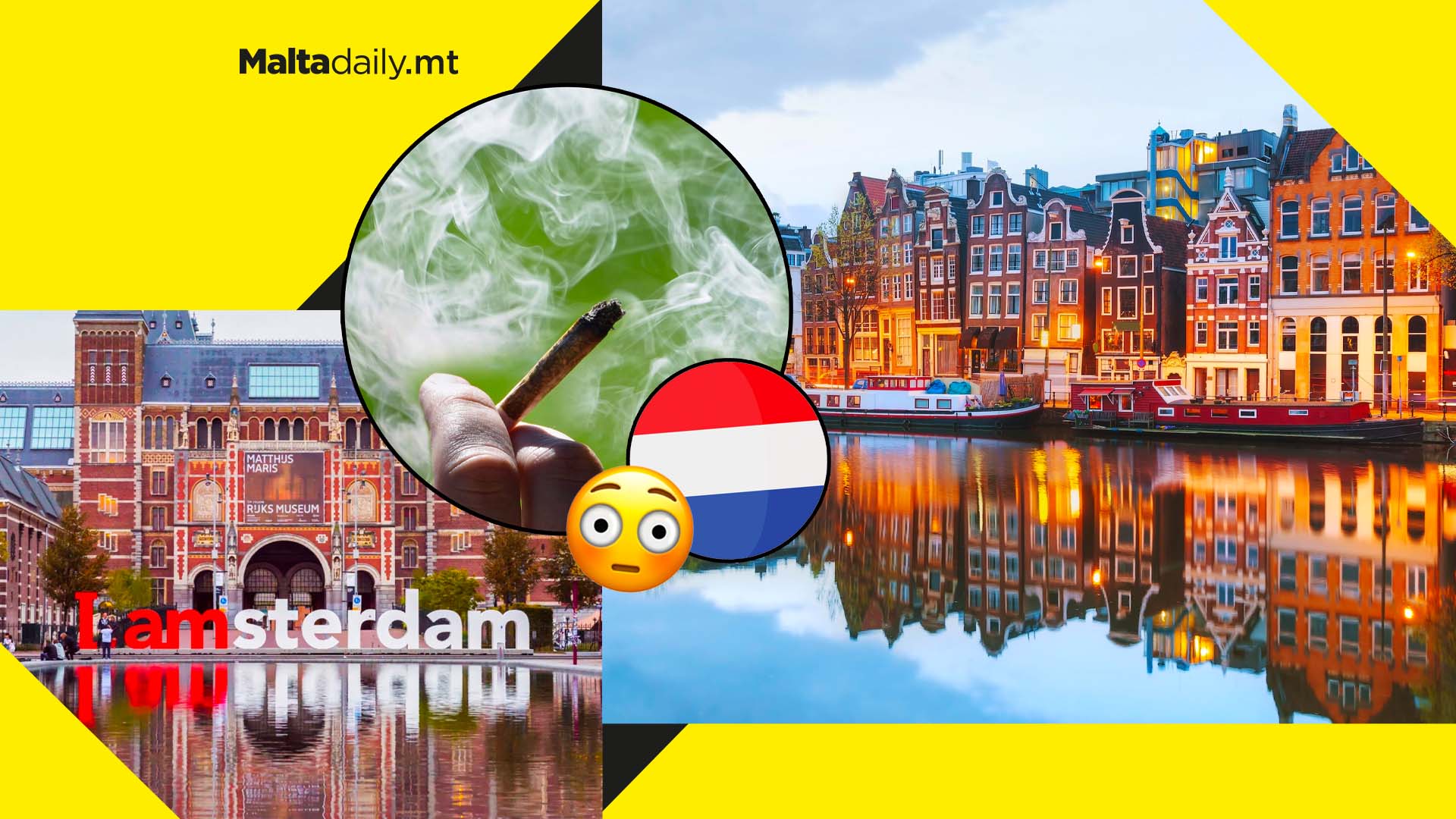 Even though Amsterdam is held to be as a party city with many travellers heading to it for its nightlife and other perks, a big change could come for tourists visiting.

The capital of Netherlands is considering bringing an end to nuisance tourism and thus introduce rules concerning cannabis, alcohol and even brothels.

Many in the country’s authorities see the openness to such activities as problematic, along with some people living there. They therefore plan on highlighting the city’s reputation as a cultural destination rather than a party spot.

Some plans include ideas of shutting down brothels at certain times, plans to stop selling weed on weekends and curbs to limit the parties that swarm the streets at any time.

That would mean that bars and clubs would be kept to a more strict 2:00am closing time, with other limits on opening times, and window sex work and brothels would also find their opening times limited more strictly.

Others wish to turn Airbnb properties into resident homes, tightening the rules on short term rental properties. And finally, a tourist tax could levied against visitors to the city at busy times. 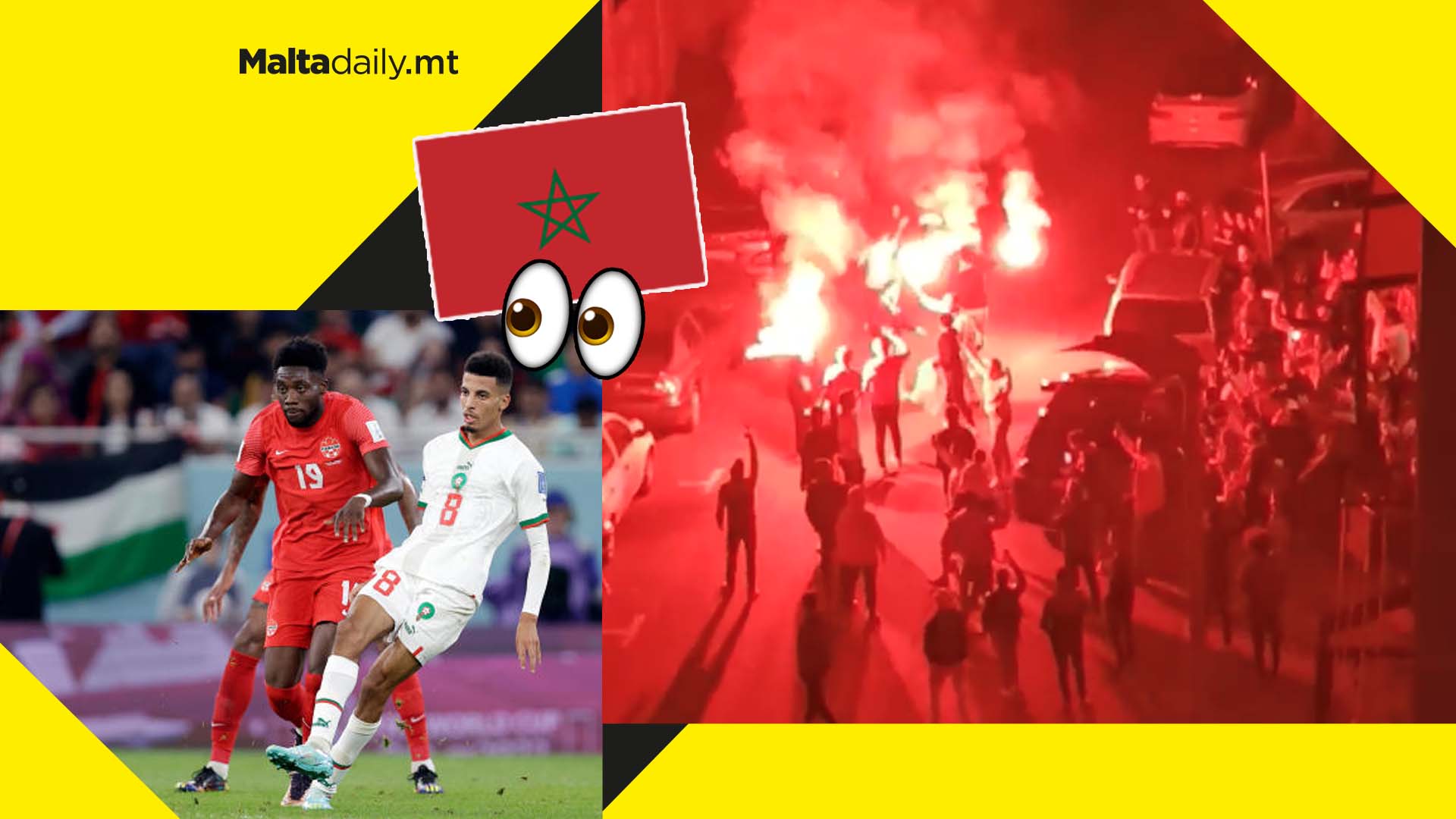 Moroccan football supporters in Malta took to the streets of St Julian’s to celebrate their team’s win against Canada.

Hakim Ziyech and Youssef En-Nesyri scored the two goals for the Moroccan team, as their supporters waved fire sparklers and flags around in full World Cup fever.

The supporters could be heard chanting their national anthem and other victorious chants as Morocco progresses to the next stage of the Qatar 2022 tournament.