Argentinian superstar Lionel Messi has won a historic 7th Ballon d’Or. He beat Polish striker Robert Lewandowski to the golden ball. The Ballon d’Or wasn’t the only award given out, with the Kopa Award, Yachine Award and Ballon d’Or Féminin also being given out. New awards such as Best Striker and Club of the Year were also added to the roster.

A post shared by The Home of Sport (@pubitysport)

Ballon d’Or  runner up, Robert Lewandowski also won the best striker of the year award whilst Champions League holders Chelsea won best club of the year. Italian holding midfielder Jorginho rounded off the top three, finishing third because of his immensely successful year where he won the Champions League and the Euros.

Messi will be proud of his year, winning the Copa America with his country and winning a Copa Del Rey with Barcelona befpre leaving for Paris. When asked about Lewandowski and how he wasn’t given the award last year, he said this “Robert, you deserve your Ballon D’Or. Last year, everyone was in agreement to say that you were the big winner of this award”.

A picture to remember! 📸 #ballondor pic.twitter.com/TkmJD53Kpn

Congratulations to Lionel Messi for winning yet another Ballon d’Or!

The deal will see Ralf be the interim manager for 6 months, and after that he will have a consultancy role for 2 years where he will help Manchester United find their permanent manager and build for future success. Ralf will have to wait because of his work permit, until than coach Michael Carrick will continue with his current role as caretaker manager.

In Manchester United’s statement their football director John Murtough had this to say “Ralf is one of the most respected coaches and innovators in European football. He was our number one candidate for interim manager, reflecting the invaluable leadership and technical skills he will bring from almost four decades of experience in management and coaching.”

The former FC Schalke 04 and RB Leipzig manager stated “I am excited to be joining Manchester United and focused on making this a successful season for the club. “The squad is full of talent and has a great balance of youth and experience. All my efforts for the next six months will be on helping these players fulfil their potential, both individually and, most importantly, as a team. “Beyond that, I look forward to supporting the club’s longer-term goals on a consultancy basis.”

WATCH: The policeman from THAT viral video actually saved the courier from drowning 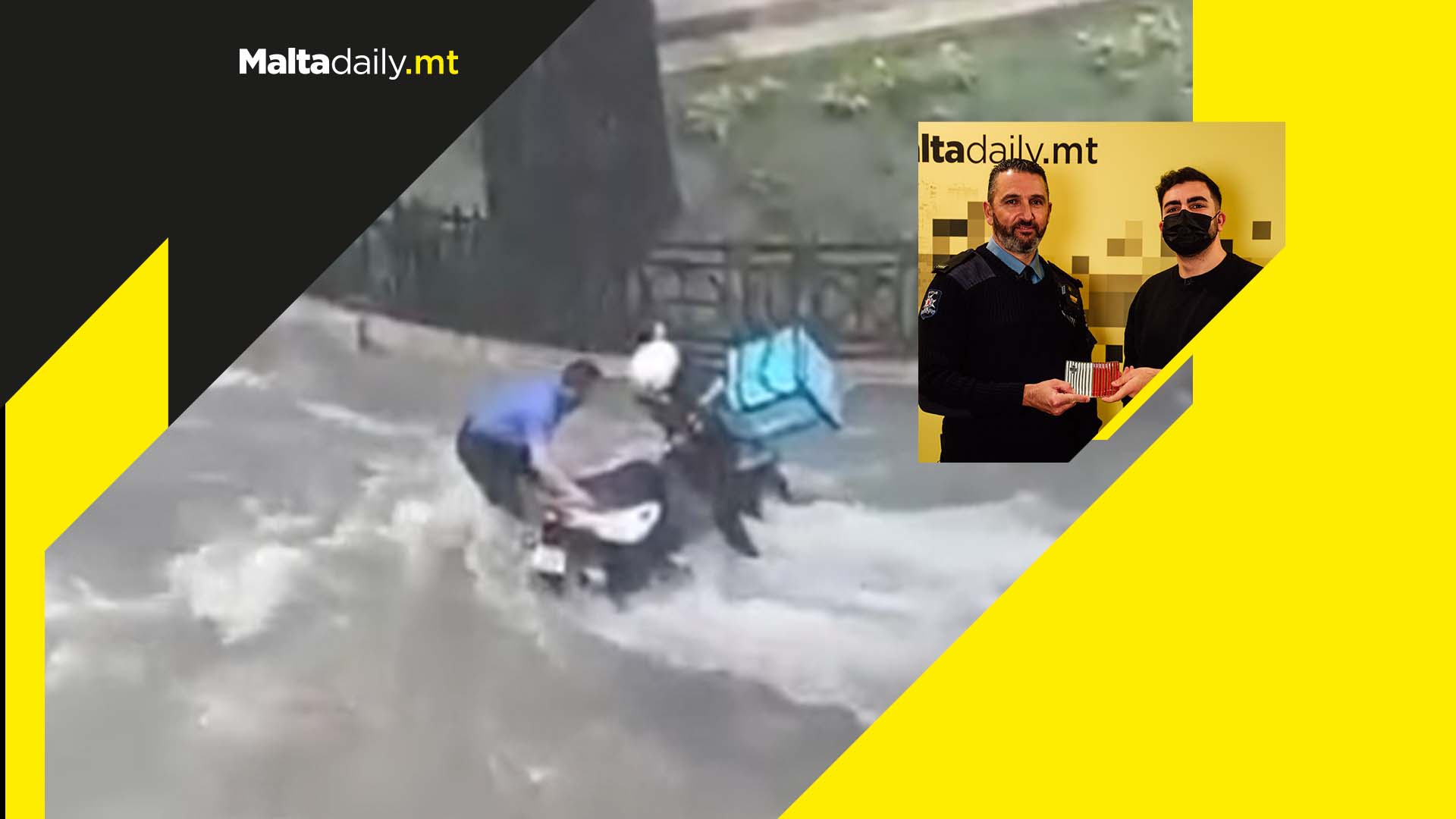 Police constable Tyrone Sammut went viral on Thursday after a video was shared showing him helping out a food courier who got caught in the St. Julian’s floods on Thursday.

However, Malta Daily has been informed that there is more to the story. Prior to the capturing of the viral video, constable Sammut reportedly saved the courier from drowning after he was caught between his motorcycle and the current in the Spinola area as a result of the heavy rainfall.

The constable told Malta Daily that he was in his squad car going towards the St. Julian’s police station when he saw the motorcycle toppling onto the courier due to the weather conditions. He immediately exited his car to help remove the motorcycle from on top of the drowning individual. After checking that he was well, he helped the individual carry his motorcycle onto the pavement.

Malta Daily gave a token of gratitude to the constable and the entire Malta Police Force for their acts of courage on a daily basis. 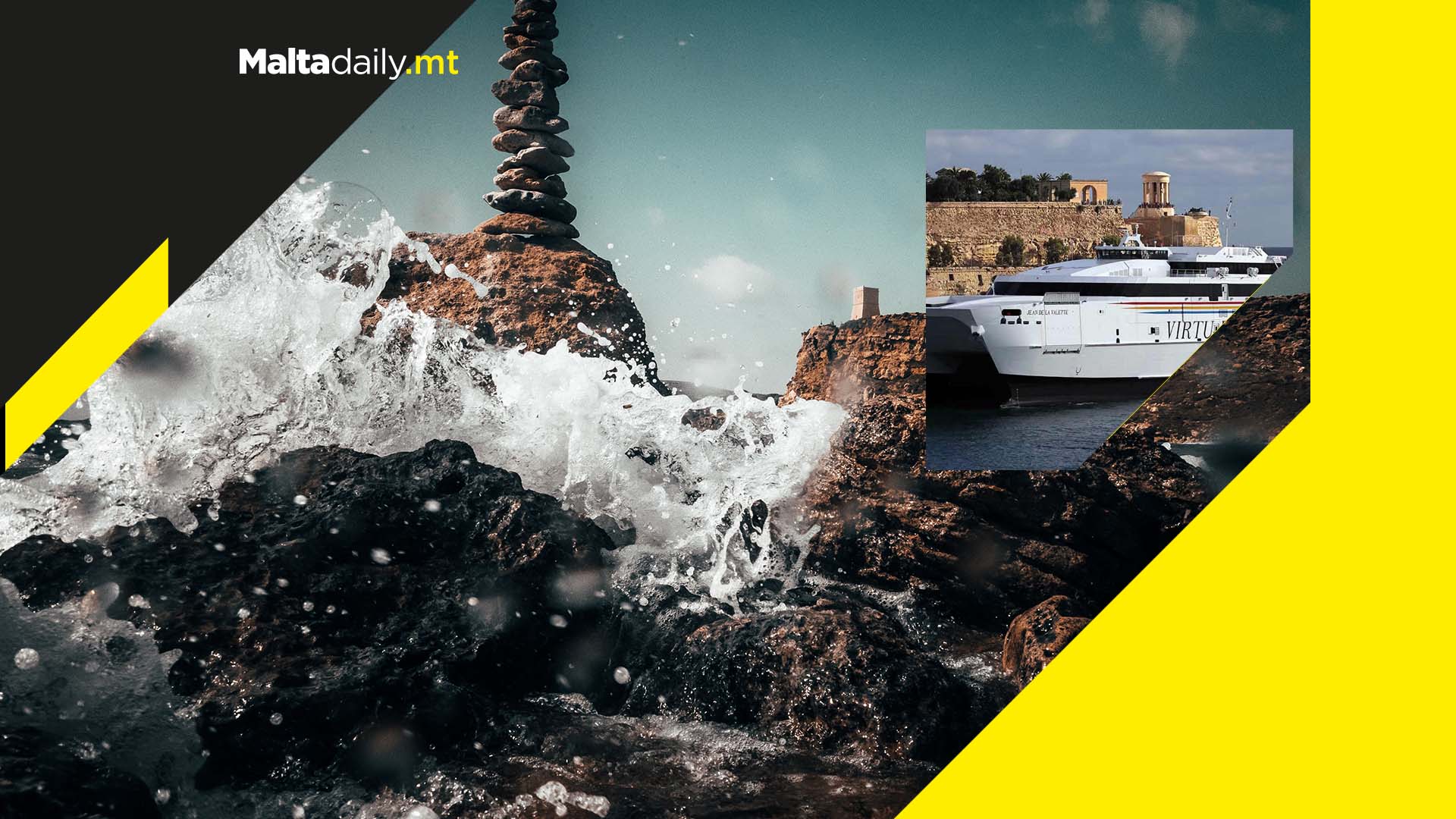 Following Sunday’s warning of strong gale force winds, the meteorological office has warned that strong north winds will hit Malta as early as this evening.

The Gozo Channel has also notified the public that it may be cancelling a number of evening trips in the interest of public safety. Ferry trips are currently going from Ċirkewwa to Mġarr and vice-versa by going around Comino. Winds kicked off on Thursday after a shock flash flood, with Malta Police Force and the Civil Protection Department saving over 15 people from danger in the matter of a few hours.