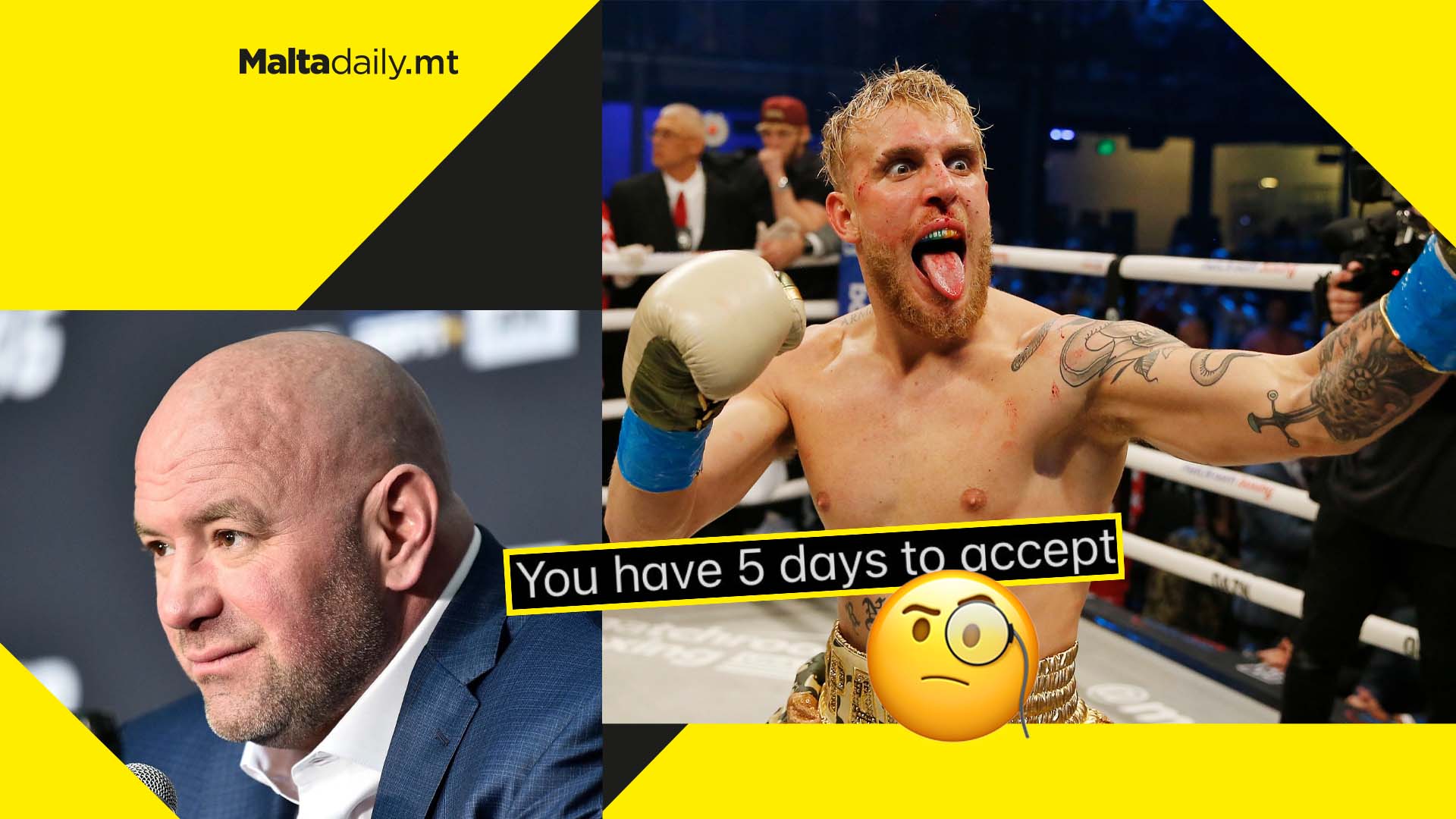 Controversial to say the least, YouTuber turned boxer Jake Paul has given UFC boss Dana White 5 days to agree to a list of terms which, if implemented, will see Paul hanging up his gloves for good.

In a tweet posted on New Year’s Day, Paul stated he will retire from boxing and fight Jorge Masvidal in the UFC if Dana White agrees to and implements his three demands. A screenshot attached to the tweet requested that fighters’ minimum pay per fight increases from $12k to $50k, guarantees UFC fighters 50% of UFC annual revenues (which amounted to $1bn in 2021) and provides long term healthcare to all fighters.

Happy new year @danawhite. Here is a real challenge for you…

I will immediately retire from boxing and fight Jorge Masvidal in the UFC if you agree to: pic.twitter.com/bJScDVITvL

The screenshot also highlighted Dana White’s previous statements that brain damage ‘is part of the gig’, reiterating that many UFC alumni public stated that they are suffering from brain damage. Paul would also enter the U.S. Anti-Doping Agency programme prior to his fight with Masvidal.

Despite being given 5 days to accept and until March 31st to implement, White has called such a list of demands ‘stupid’ and criticised Paul’s advisor and former UFC CFO Nakisa Bidarian.

Do you think Dana White will ever give in to Paul’s demands?