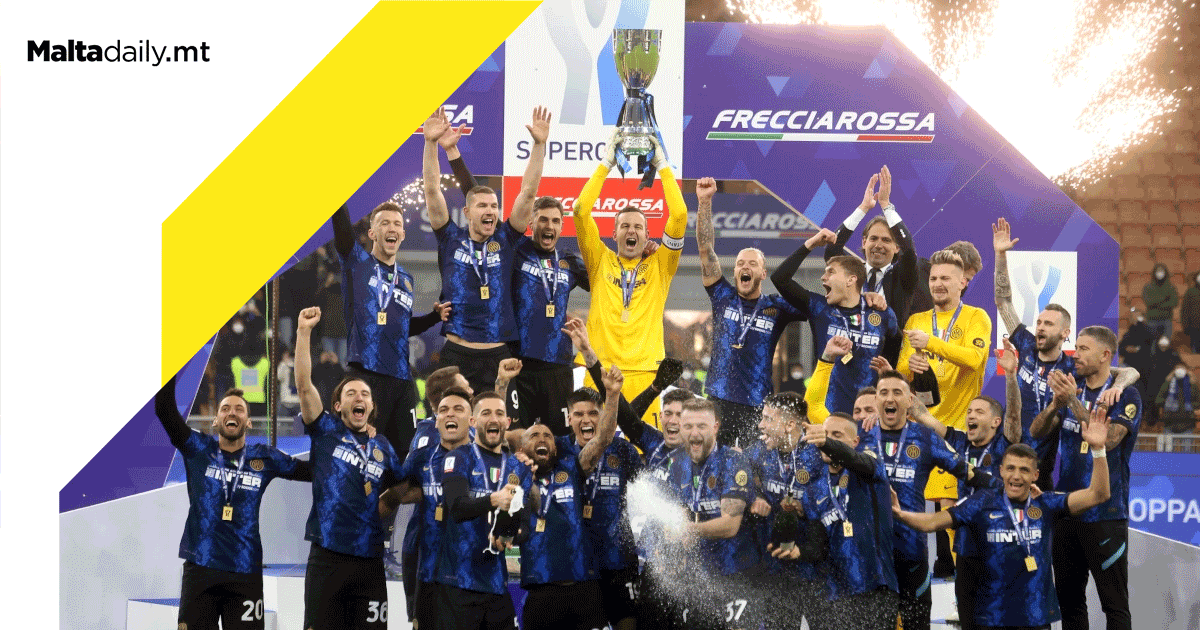 Inter, through a last minute Alexis Sanchez goal, won the 2021 Supercoppa Italiana over eternal rivals Juventus. The game has been played every year since 1988 and sees the previous year’s Coppa Italia winners (Juventus) face the latest Serie A champions (Inter).

The game was held at Inter’s home ground, San Siro in front of a capacity of around 38,000 people. This also signaled, Simone Inzaghi’s first ever trophy as Inter Milan coach having joined last summer.

The first half started well for both teams, as Inter took more possession of the ball whilst Juventus looked like playing more of a counter attacking game. Juventus’ game plane seemed to have worked as after numerous failed chances from Inter, they managed to take the lead  in the 25th minute when Juve midfielder Weston Mckennie scored a header from a deflected Alvaro Morata cross.

All seemed well for Juventus after their surprising lead until in the 35th minute when right back Mattia De Sciglio tripped up Inter striker Edin Dzeko inside the box, resulting in a penalty for the Nerrazzuri. Under immense pressure, the penalty was scored convincingly by Argentinian striker Lautaro Martínez.

The second half started how the first ended, with both teams trying to create a goal scoring opportunity to get one hand on the coveted trophy. Alexis Sanchez, who replaced goalscorer Lautaro Martinez nearly scored an open header but missed by a few inches, whilst Juventus winger Federico Bernardeschi also had a chance to take the lead. The full 90 minutes were up and the score was still 1-1, which meant that the match would have to go to extra time.

It seemed that even extra time couldn’t divide the two teams and the match was destined to end in a penalty shootout. Incredibly, the Juve bench were urging their players to foul someone so that Leonardo Bonucci could come on in order to take a penalty. That distracted the Juventus players as in the last minute of the game  Alexis Sanchez managed to tap in a loose ball in the box, to hand Inter their first Supercoppa Italiana in over 11 years.