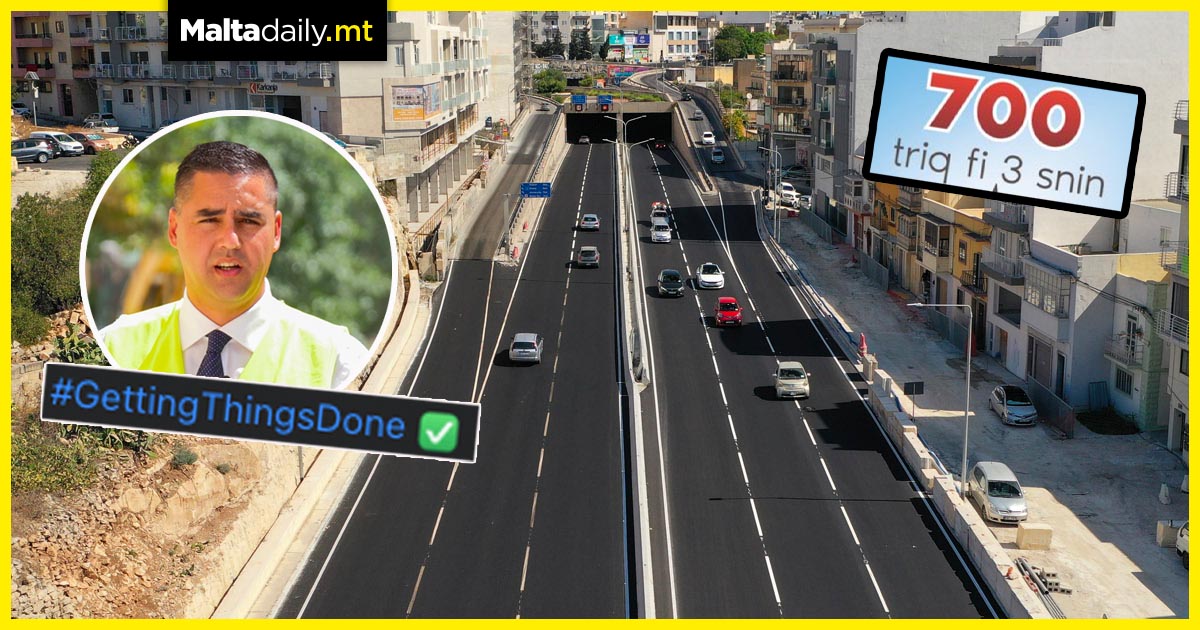 Speaking at a press conference, Transport Minister Ian Borg revealed that 709 residential and rural roads have received an upgrade since 2019. This translates to an average of around four roads being built every week, with the Minister stating that in 2021 alone, 123 streets were built along with another 71 new rural countryside roads. Over 50 residential and 26 rural roads are also currently being worked upon, with Borg saying that the roads are not only being resurfaced but also rebuilt.

The interventions included changing underground systems such as water pipes, drainage pipes, electrical cables and creating storm water systems. Borg said that the government is determined to continue improving the quality of life of every Maltese citizen through such interventions. The minister focused on Naxxar, the location of the press conference, and stated that seven out of 13 roads being worked upon in the Sghajtar area are nearing completion as well.