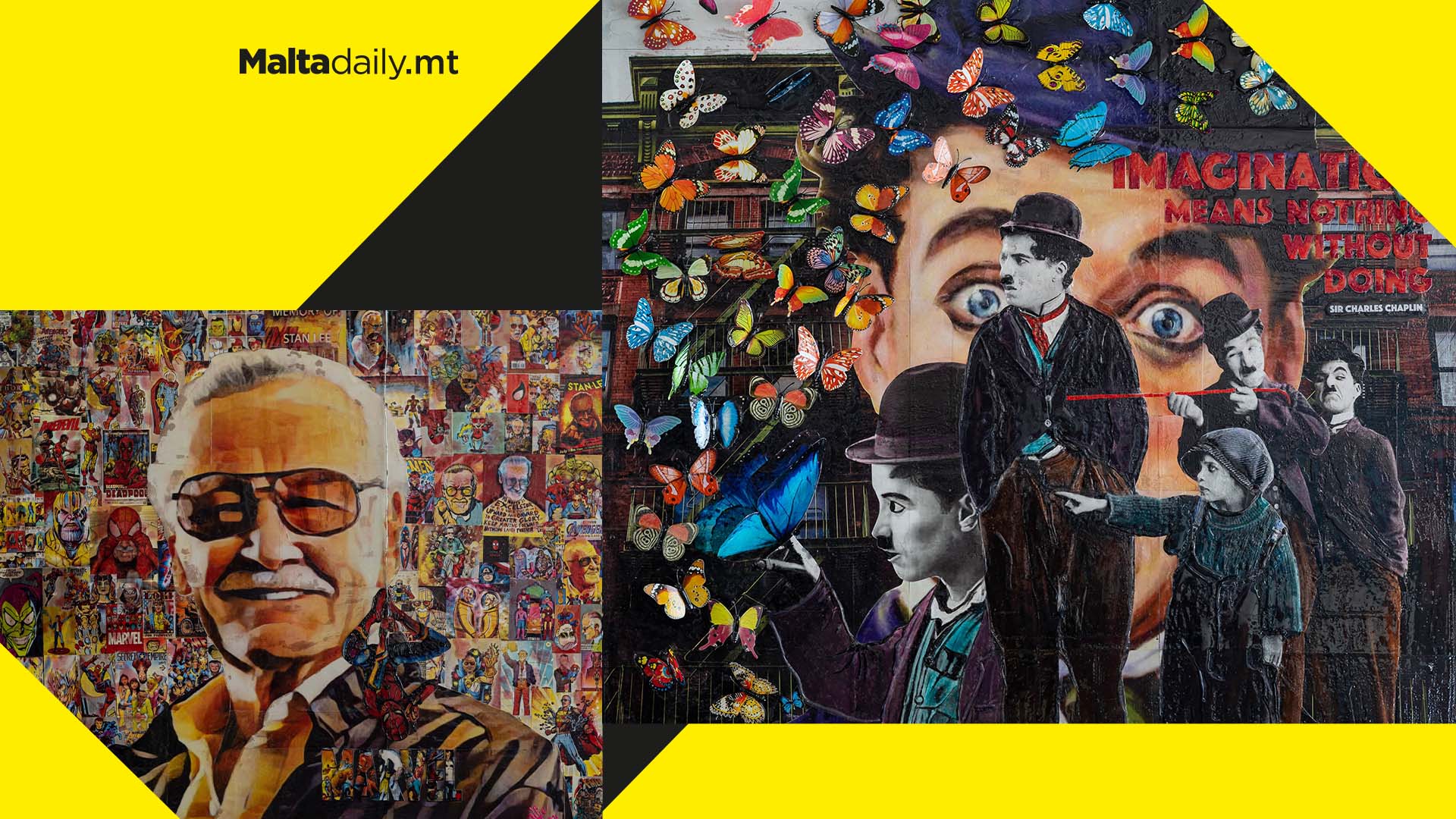 The Hudson Foundation was set up with the intention to give back to society, helping to ‘Give a Voice to the Voiceless’, to support Abandoned Dogs, Children and Mother Earth.

The works feature mixed media, with some including embellishments relevant to the subject matter, which are also available as limited prints. Brimming with emotions, each thought-provoking art piece communicates its own unique story, a story that takes weeks to put together until it is finally completed.

The exhibition takes place at Kettles Café until 9th December 2022. 100% of the proceeds from the sales of the art pieces and prints will go towards the foundation.

The foundation has already provided restoration works as well as an emergency room for Noah’s Ark in Mellieha, sponsored medical expenses as well as provided cleaning material for the Association for Abandoned Animals Malta in Birzebbugia. The foundation is now seeking to continue its work in supporting animals and disadvantaged children as well as to carry initiatives to help the environment. For more information about the foundation visit www.hudson.com.mt/the-hudson-foundation

The Hudson foundation is aligned to the Hudson Way – a series of values which guide every action within the company. It is aligned with Hudson’s core to be mindful of the impact the company has on its surroundings. It seeks to encourage behaviour which respects Planet Earth as well as to offer support to the communities it operates in. This philosophy, threads through the various facets of the company, particularly as it most recently ramped up its efforts towards a more sustainable operation. For more information about this visit: www.hudson.com.mt/csr/#respect 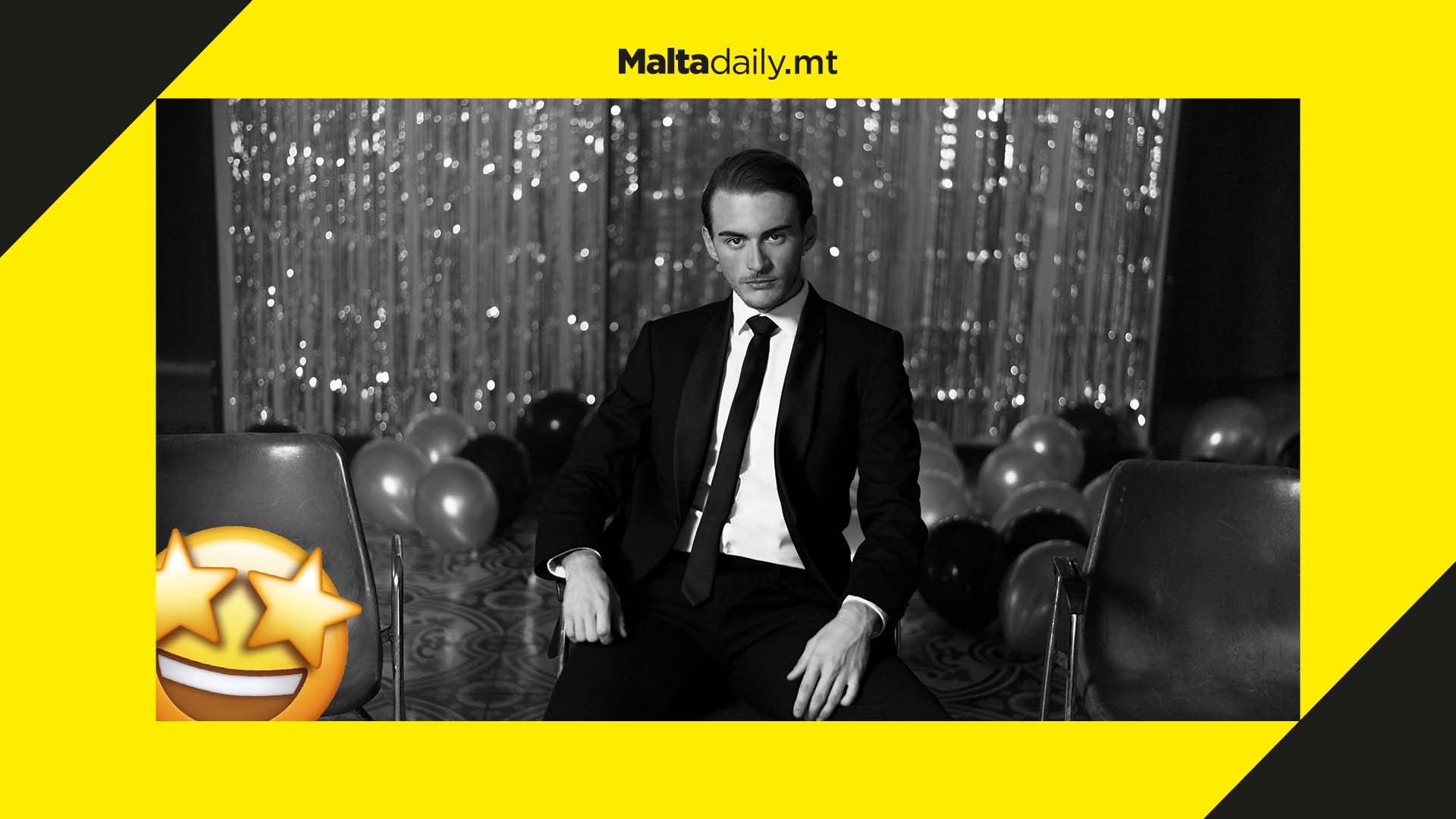 After massive success with his tracks ‘Naħseb Fik’ & ‘Ritmu’, which have garnered over 2.5 million streams together, Maltese artist AIDAN is back once again, announcing his next single ‘Madam’.

After signing his first record deal with Sony Music representative ‘Cat Music’, AIDAN will release his new track on Monday 21st November, with a music video to follow on Thursday 24th November.

Commenting on the release, AIDAN stated that it is a dream come true; “I can’t believe I’m living it! No doubt, this achievement is the result of hard work by myself and my super team! I look forward to release more songs with the public and I thank everyone for their support.”

The local singer-songwriter teased the release with a short reel on social, with hundreds of his followers liking and commenting in anticipation of his new single.

Are you excited for AIDAN’s new single? 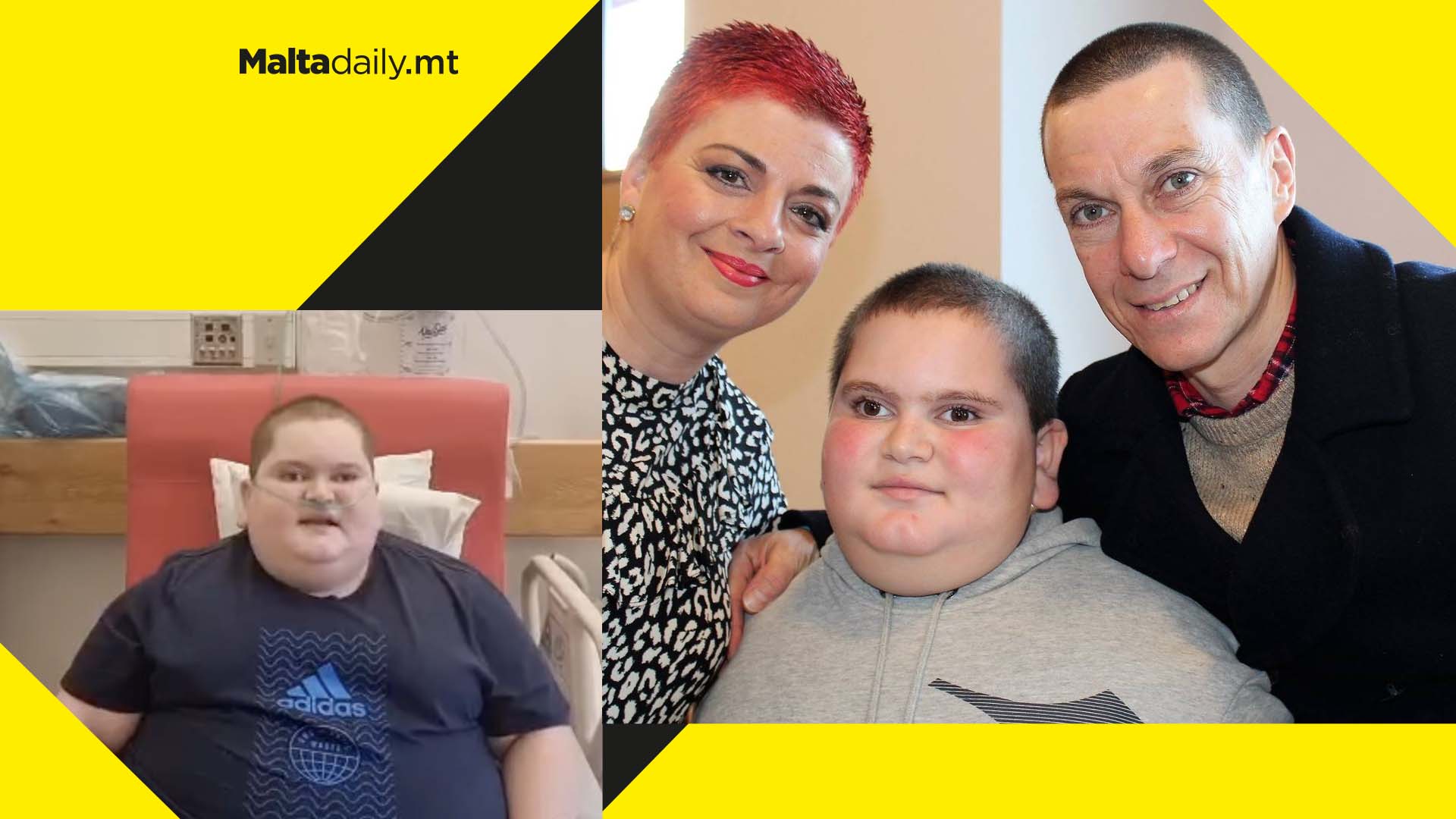 This morning, Malta woke up to shocking news after it was revealed that young Maltese athlete Jake Vella, who has one of the rarest conditions in the world, was admitted to hospital.

Thousands came together to pray for Vella, the inspirational young man who battles the rare condition ROHHAD, which is a syndrome which causes rapid weight gain despite constant exercise and healthy diet.

Jake’s parents have stated that he needs “prayers to fight a new battle” but despite such conditions, he still found it in him to do his part and raise funds & awareness for ‘Cycling with Jack for L-Istrina’ in honor of the late Jack Schiavone. 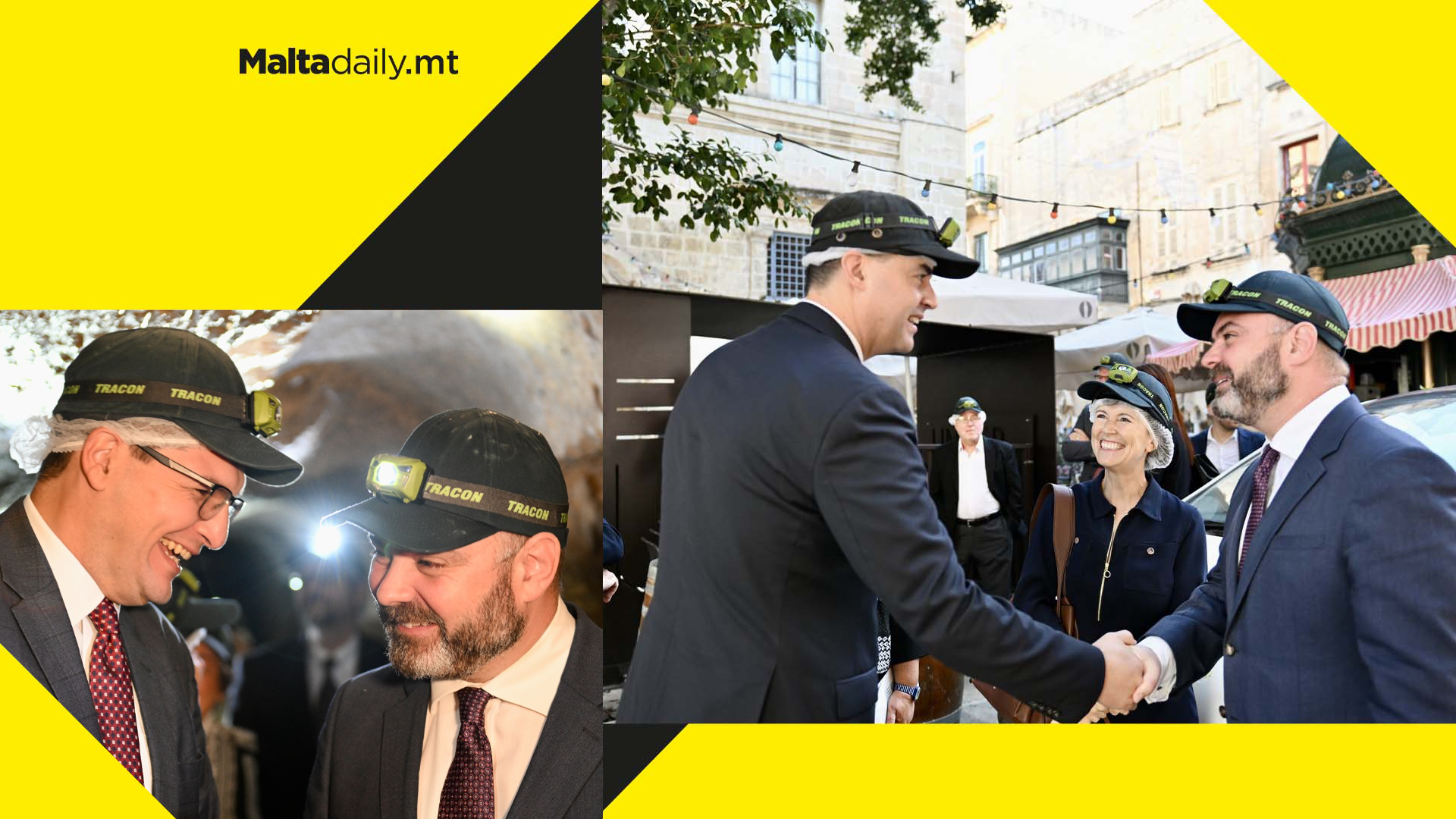 An immersive audiovisual experience will further enhance visits to Underground Valletta in the coming days.

The experience is the result of a project funded by the Ministry for Foreign Affairs and Trade through its Cultural Diplomacy Fund, and by Heritage Malta.

The project focuses on three aspects that stood out in the life of civilians in Malta and in the allied countries during World War II, namely shelter, famine and resistance. The project’s objective is to unite people from different countries through these shared experiences.

The immersive experience tackles the shelter aspect by showcasing how, during the war, whole communities had to resort to underground areas where they cooked, ate, slept, prayed and even gave birth. One of the roles of Valletta’s underground spaces was, in fact, that of a shelter throughout the war. Residents of the Grand Harbour area were urged to leave their homes and seek refuge with family members living in rural villages, but there were still many people who chose to stay on in the capital and who descended into the spaces now known as Underground Valletta whenever the air raid alarm was sounded.

During this visit, Dr. Owen Bonnici, explained how this experience show the continious determination to keep preserving the National Heritage. “This experience is an immersive one and is a clear testimony that one will be able to explore and discover as well as learn, places like these are a very important learning experience for our country,” concluded Dr. Bonnici

“Through this project we are aiming to continue raising awareness about the aspects that stood out during the Second World War which even reflect the times we are presently living in and therefore the importance to fight for more peace and unity. Our country has been entrusted and Malta will be voicing its opinion in the United Nations Security Council from next January. Furthermore, the importance of neutrality which our country embraces, a very important tool through which Malta will continue to offer humanitarian aid and will continue to work in favour of peace in the Mediterranean and in neighbouring regions.”

The audiovisual experience also outlines the Maltese population’s hardships due to a dire shortage of food as the war raged on. Suffice it to say that in October 1942, some 100,000 people depended on the Victory Kitchen for their daily meals.

With regard to the aspect of resistance, visitors of Underground Valletta will see how countries such as Malta resisted enemy occupation on a national, rather than an individual, level. This resistance was acknowledged with the award of the George Cross by King George VI to Malta in April 1942, in appreciation of the people’s sacrifice, loyalty and resilience.

The immersive experience will be included in the normal admission price for Underground Valletta until the end of November. During this period, Underground Valletta will be open every day of the week. Tickets may be purchased from the National Museum of Archaeology or online from here.