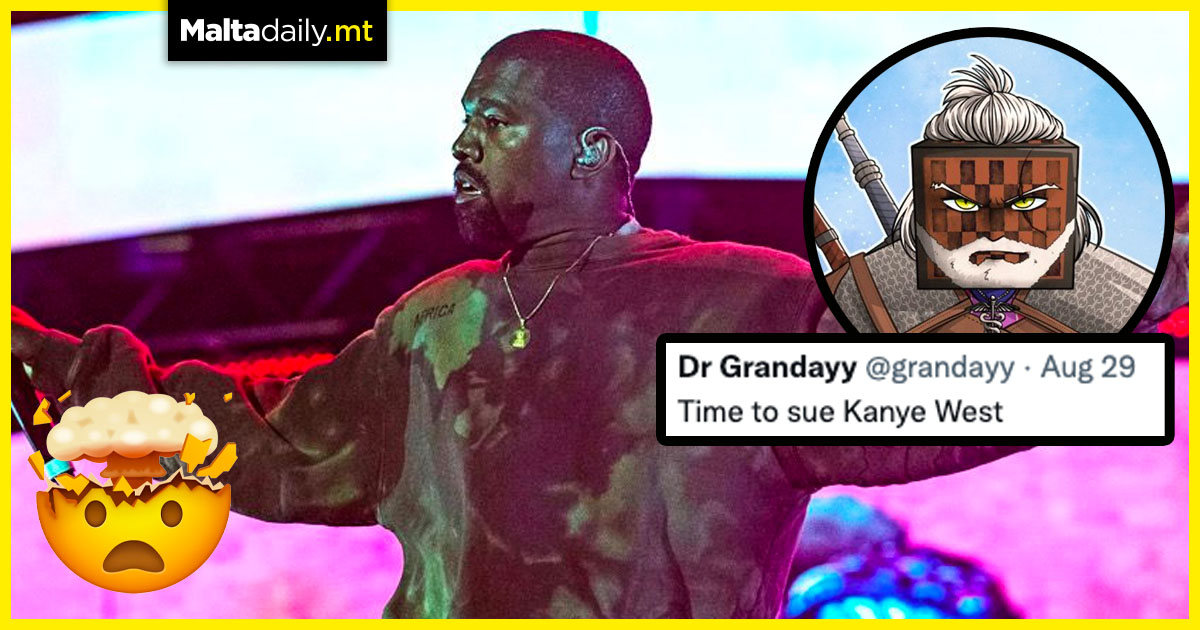 Kanye West has made a massive hit with his latest album release ‘DONDA’. The highly anticipated album was released last Sunday and runs for nearly two whole hours. However, the super-star rapper happened to sale a popular YouTube meme which acquired millions of views three years ago called ‘Globglogabgalab’. West’s meme sample was particularly special as it was a mash-up remix created by Grandayy, a Maltese YouTuber who boasts millions of subscribers.

fun fact: the globgogabgalab sample at the end of remote control on donda is actually specifically from a grandayy mashup of globgogabgalab and gucci gang that’s just been thrown through an AI stem splitter. you can tell because you can hear the lil pump track’s drums as well lol

Grandayy shared the Twitter post which pointed this out, stating that it’s ‘time to sue Kanye West.’ Grandayy’s edit has amassed well over 45 million views and its absolutely bizarre to think of a Maltese meme rising up to such worldwide fame that Kanye West himself sampled it. DONDA was streamed over 60 million times in the US in the first full day of release, with West being the usual controversial figure he is known to be.