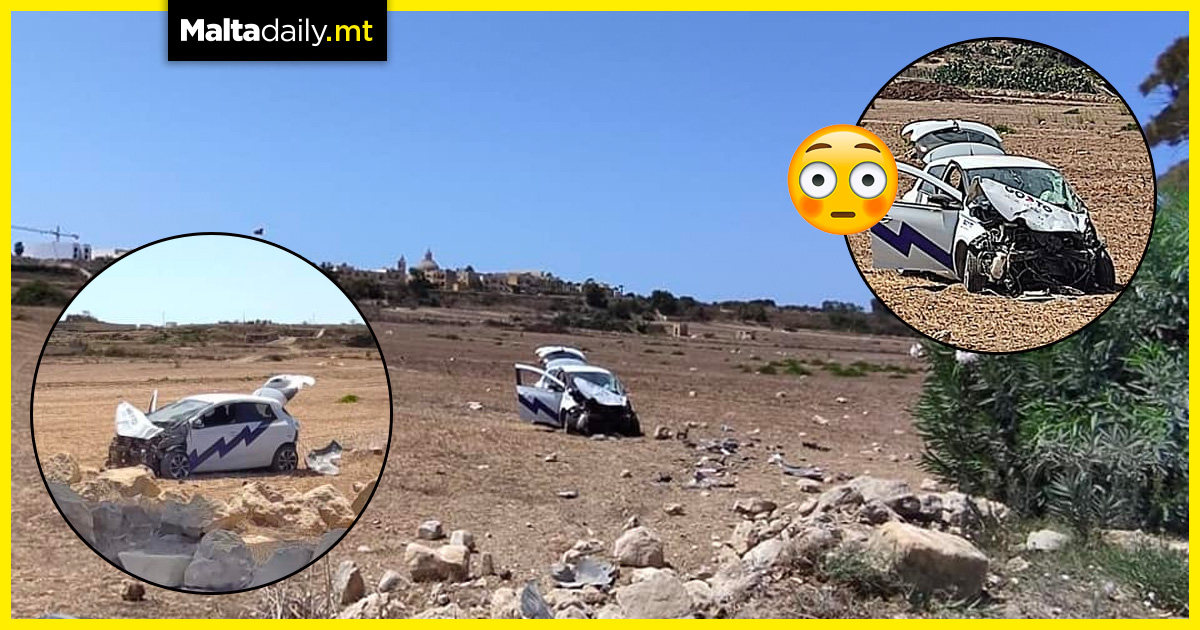 Photos uploaded to Facebook group ‘Are You Being Served? (Malta and Gozo) Original’ show what seems to be a GoTo vehicle abandoned in a field with substantial damage. According to information sent to this newsroom, police were called at Triq ir-Rabat, Nadur, Gozo on the 28th of August 2021 at around 0500hrs.

Officers found a Renault Zoe in a field, along with noticeable damages on a rubble wall. The car was allegedly involved in a traffic accident, resulting in it being left with considerable amounts of damage, with the driver thankfully having suffered no injuries. Investigations are still ongoing.

Photo Source: Are You Being Served? (Malta and Gozo) Original FB