From Kapxi to cupcakes; here are some of the highlights from Rossi & Carlo Gerada’s wedding! 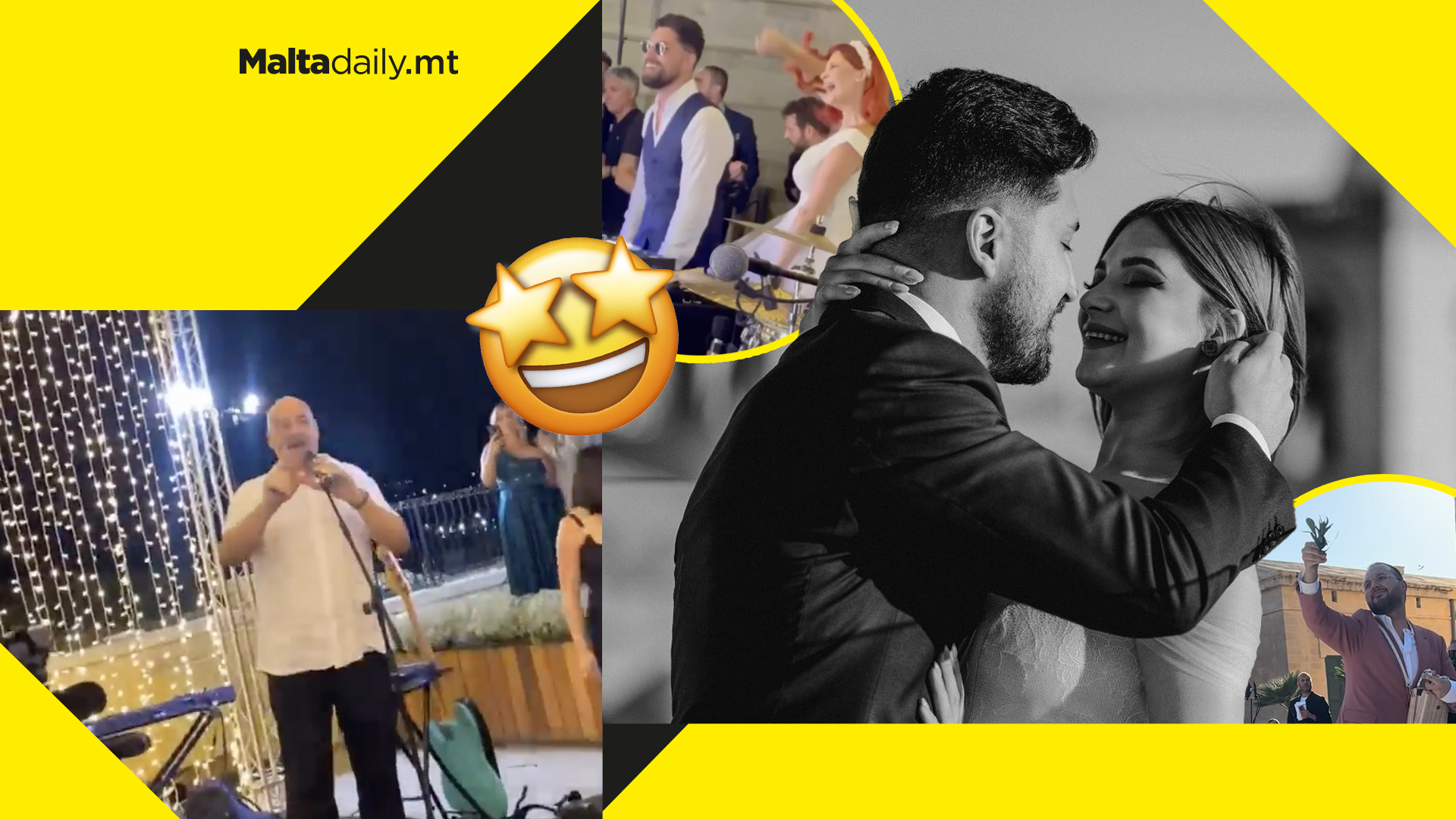 Yesterday night, what many have called the Maltese wedding of the century took place as Valentina Rossi and Carlo Gerada finally got hitched in an emotional rollercoaster of a night.

As expected, the beloved Maltese couple pulled out all the stops for their amazing night, with a number of special guest appearances along the way as their friends and family celebrated their lifelong love in the most heart-warming setting; here are some of the highlights!

Whoever attended the ceremony knew that the rest of the night was going to be a treat. At one point, Kevin Paul Calleja’s emotional guitar string symphonies were replaced by The Pussycat Dolls’ ‘Hush Hush; Hush Hush’ as Valentina’s bestie Luca entered the venue, showering everybody in flower petals as the celebrations kicked off. 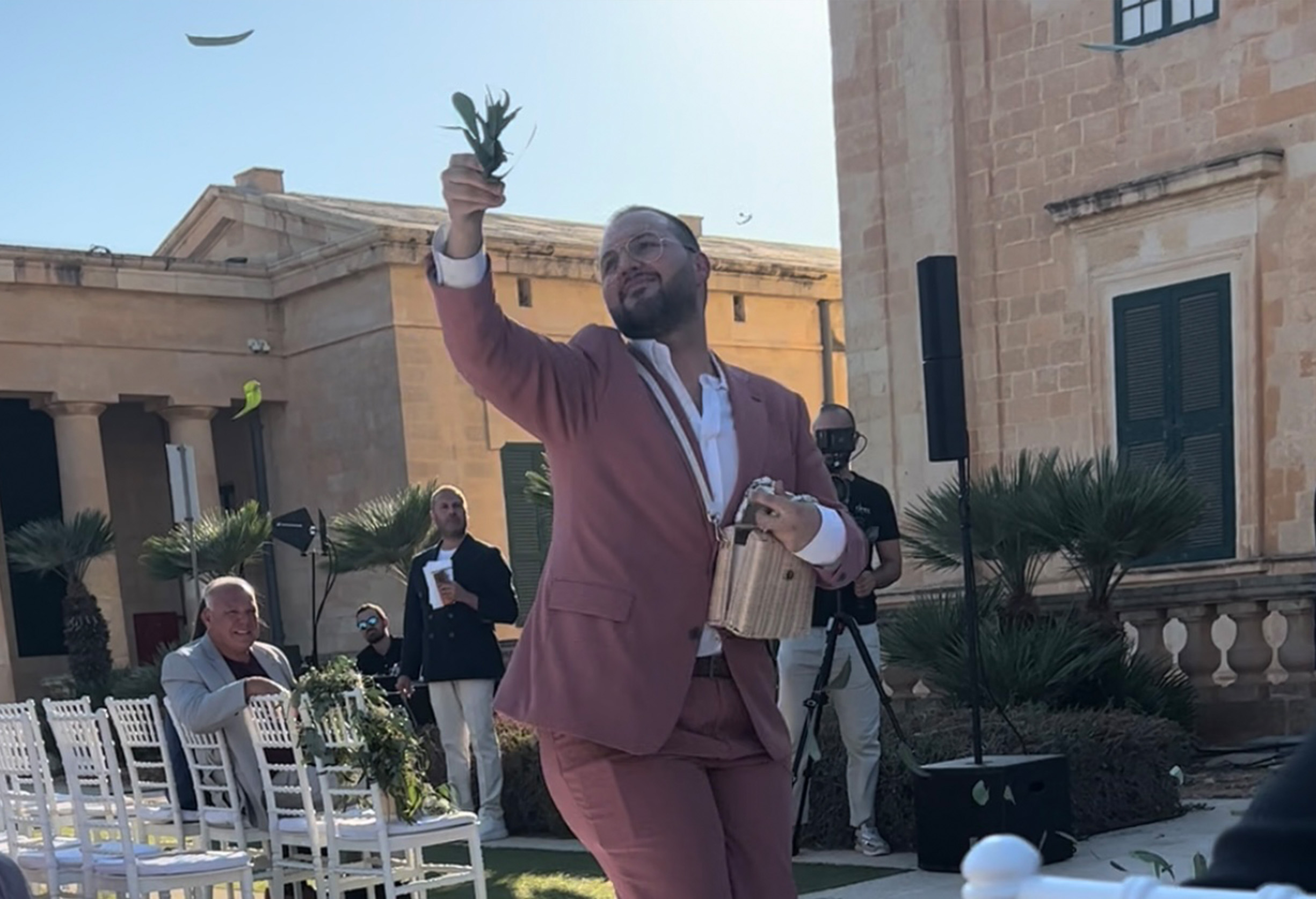 Reminiscent of a main stage Coachella set, the CAVA wedding was jam-packed full of special guest appearances. Following a stellar performance from fellow Malta’s Got Talent cast-mate Gianni Zammit, those in attendance were treated to a slew of local artists. From Maltese vibes galore with Aidan to a nostalgic moment from Fabrizio Faniello and an emotional rendition of ‘Bla Tarf’ from Kurt Calleja, it certainly was one night to remember. 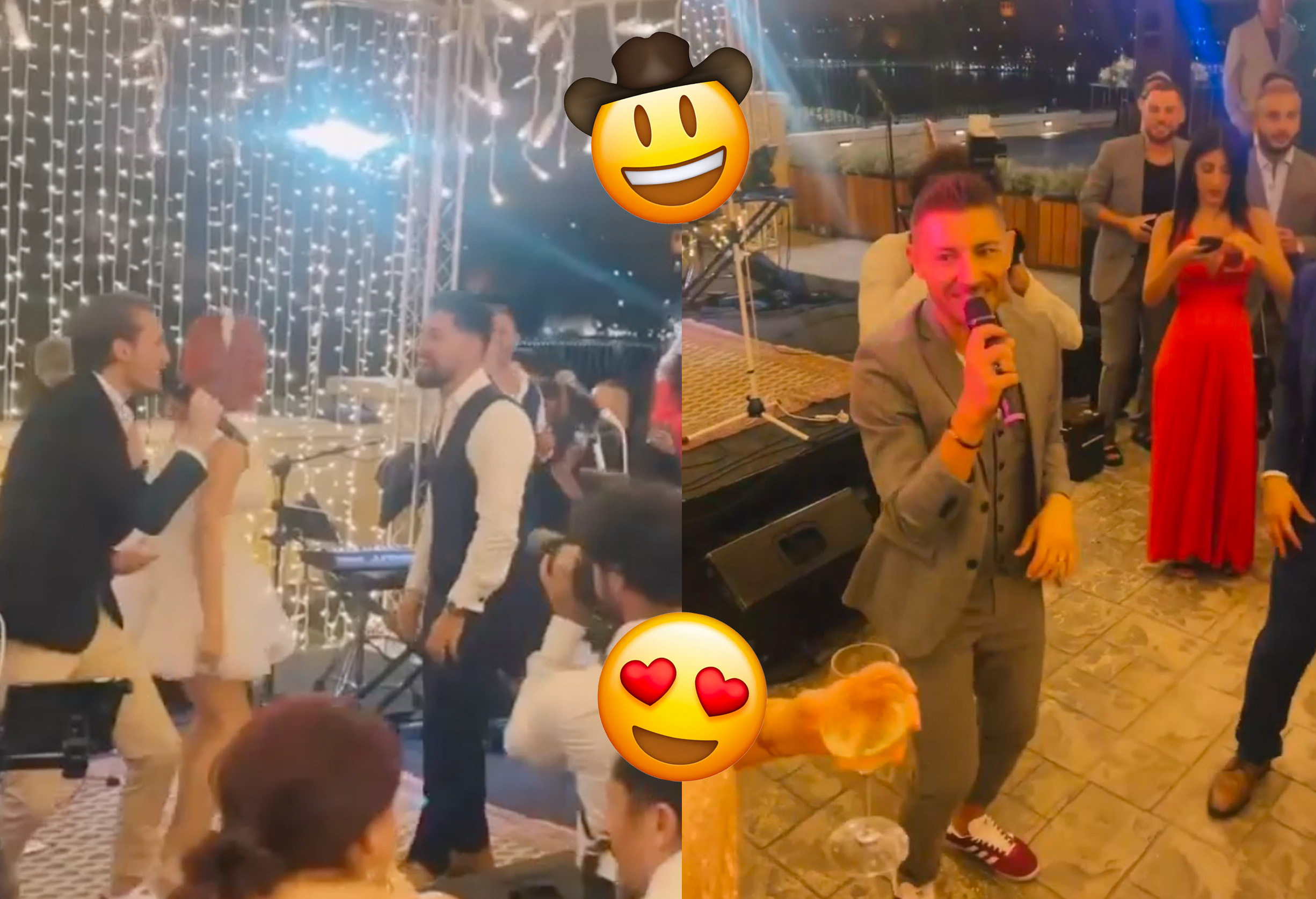 While the local singers and Eurovision favourites on stage were definitely a treat, one of the hilarious-yet-heartwarming highlights of the CAVA wedding was definitely Malta’s very own Kapxi setting off some fireworks to an audience of admirers as Carlo and Valentina celebrated their love. From the very moment Kapxi took the stage, mobiles aplenty came out to capture the moment before the festivities continue to take off. 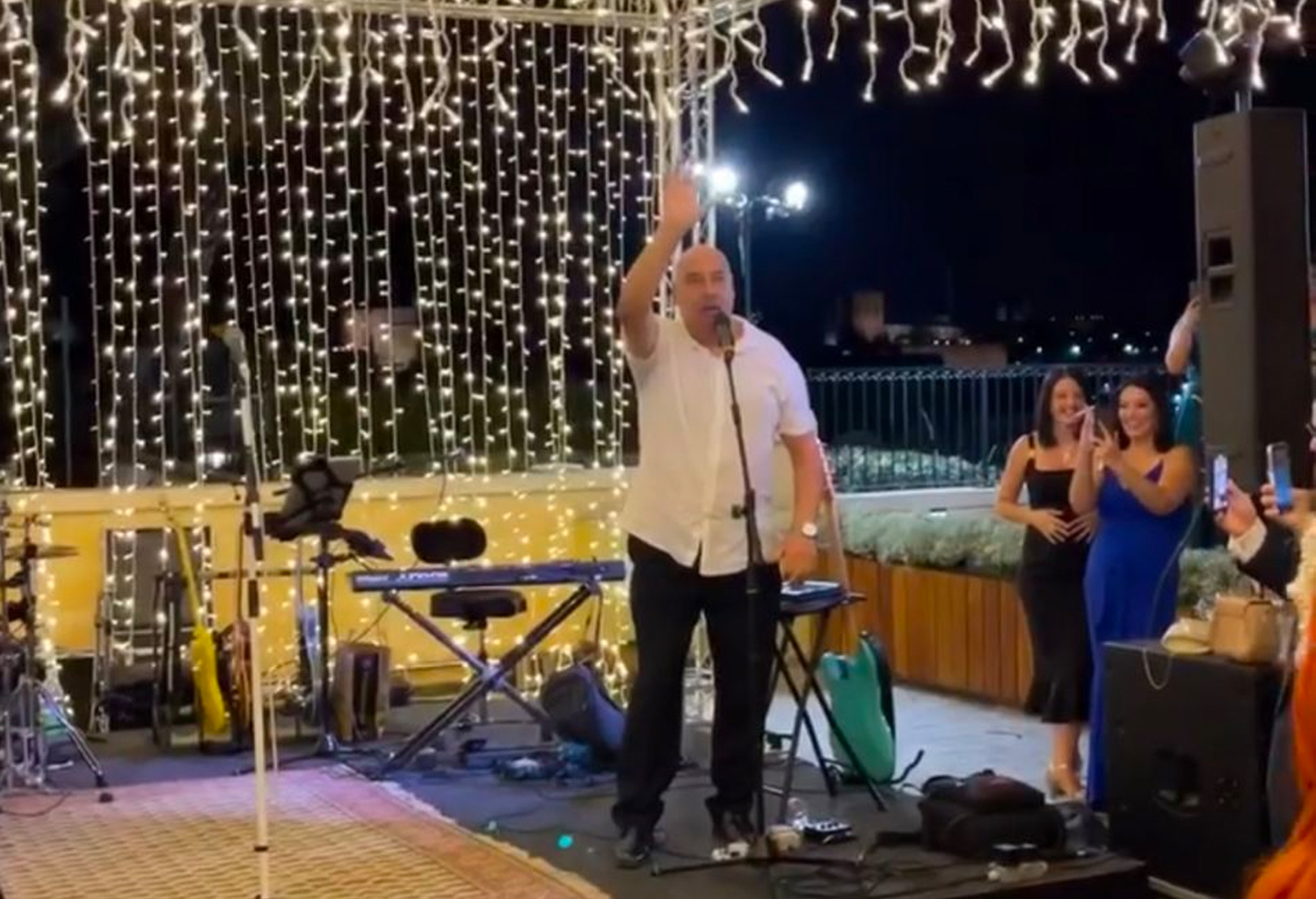 Carlo DJing at his own wedding

We all saw this coming. You can take the man out of the club but you can never take the club out of the man and the groom himself was a testament to that last night. Looking dapper as ever, Carlo Gerada took a moment from his wedding to get his USBs out and set the soundtrack to the couple’s celebration; he even got a chance to perform his own single ’24/7′ with Aidan. 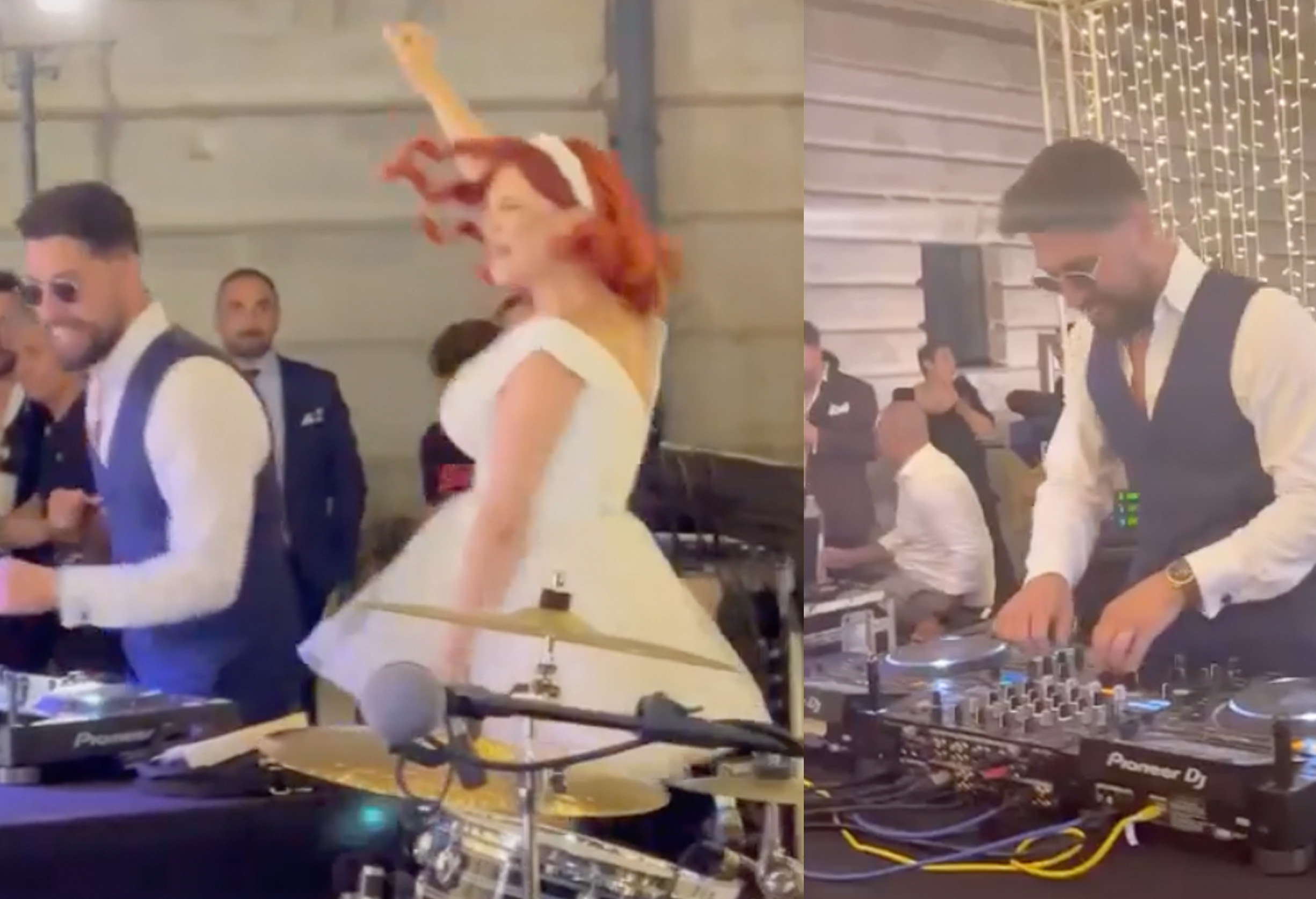 This is what truly caught us off guard. While we were expecting a chicken nugget to make an appearance in some shape or form at some point yesterday, the insect cupcakes set below of glimmering ‘Dare to Try’ sign surely tickled the fancy of many adventurous foodies. Being the sport that she is, Valentina also gave it a whirl as local director Steven Levi Vella shared a moment between the two munching on some form of insect. 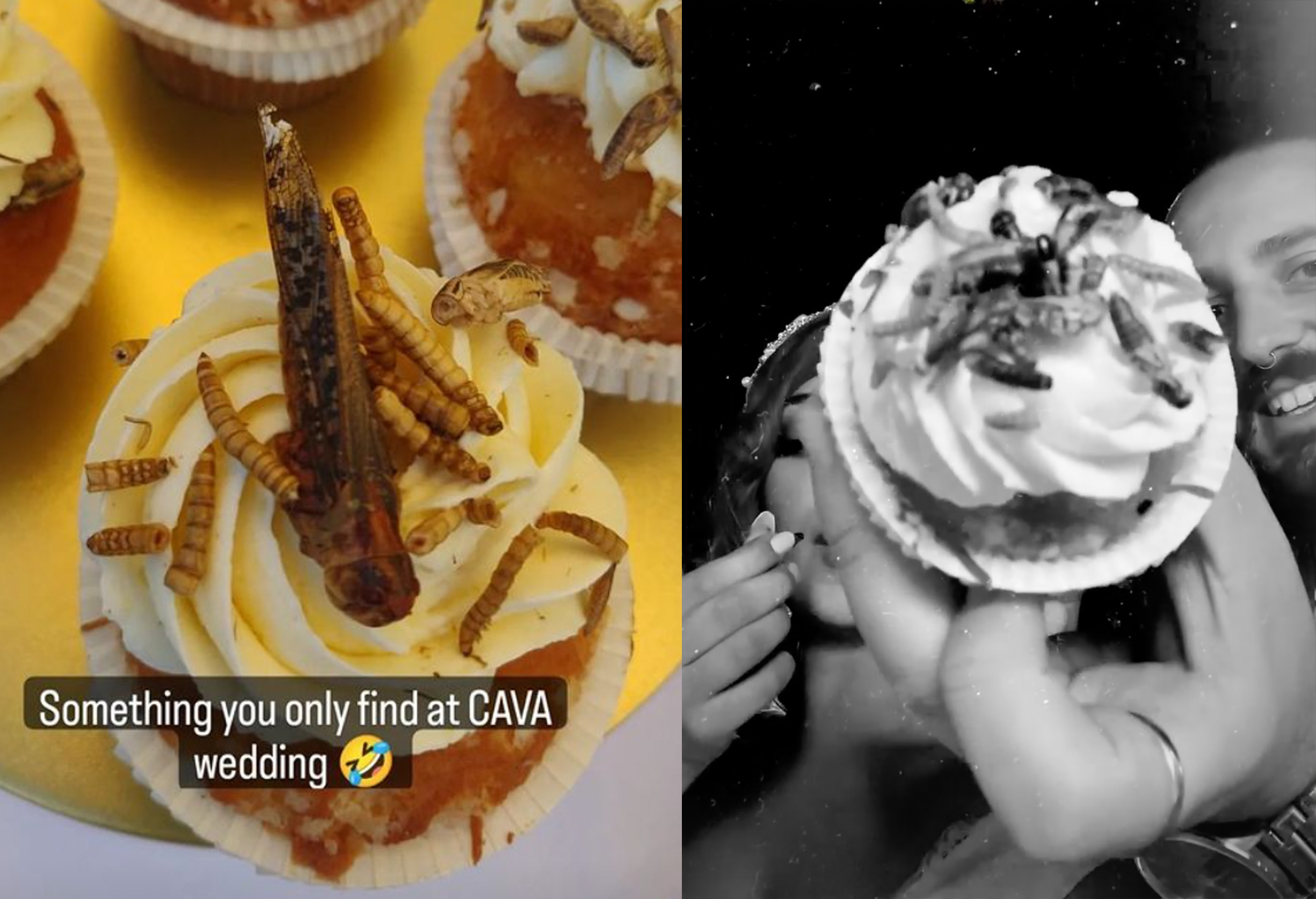 Here’s wishing the newlyweds a lifetime of love together; congratulations! 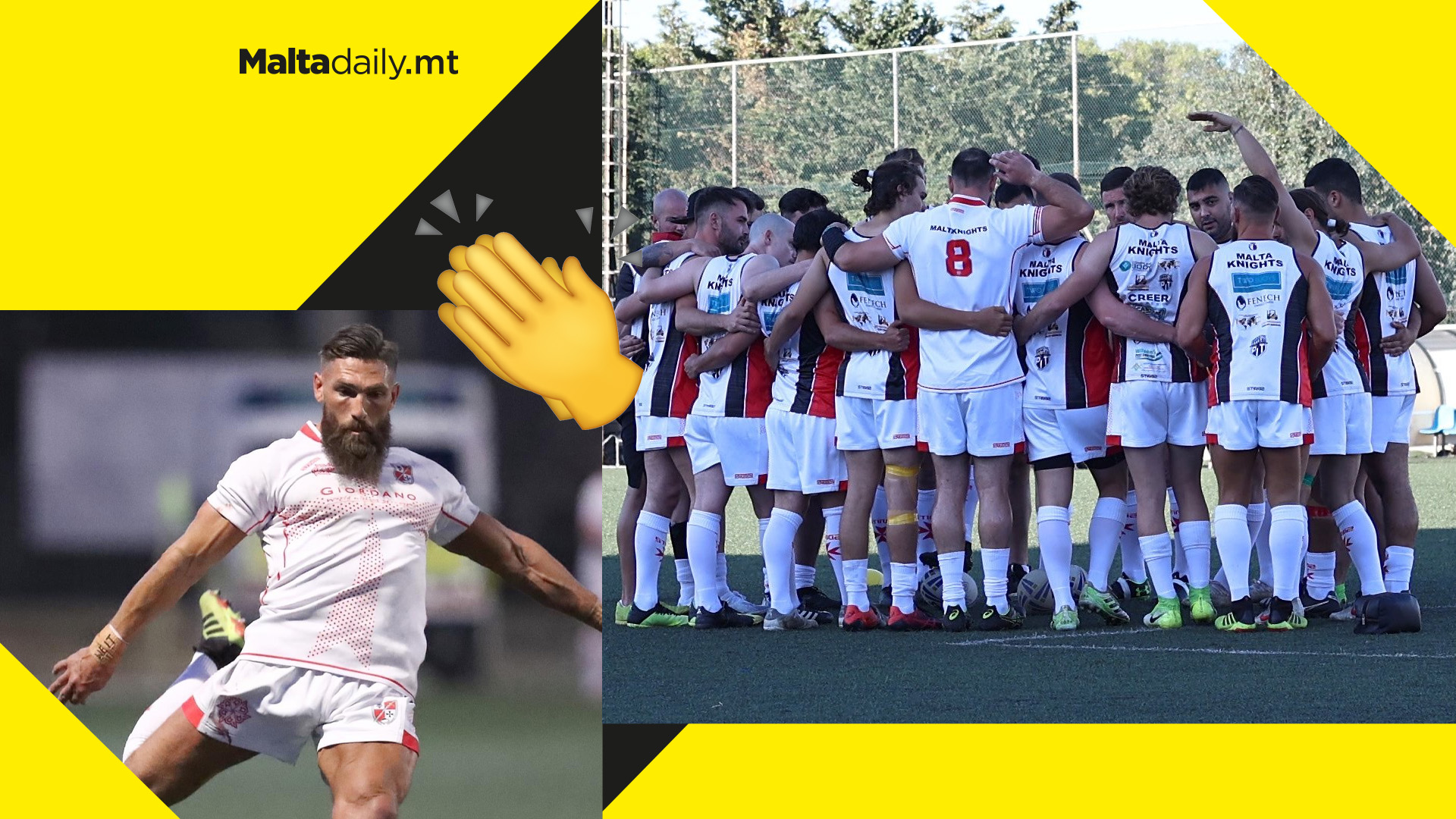 The Maltese national rugby team has made major ground in their international efforts as it has officially made it into the World Top 10; making it the highest ranking ever achieved by a Maltese national sports team. 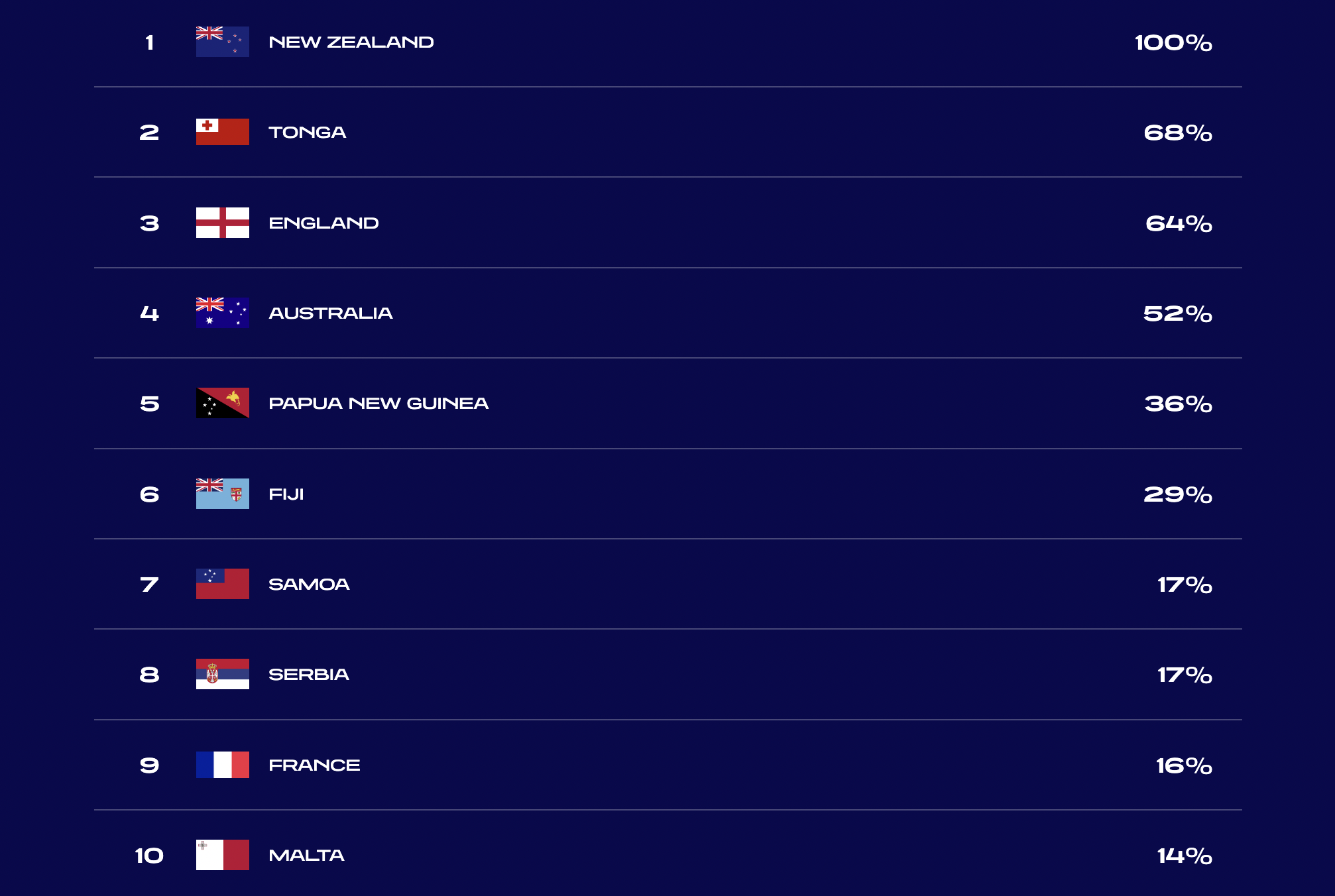 The team’s placement into the International Rugby League (IRL) classification is the highest ranking it has ever achieved and one of the biggest jumps in recent teams, putting Malta above celebrated teams such as Italy, Scotland and Ireland, amongst others.

Ranking is based upon results over the past four years based on the percentage of the first place team, which is New Zealand in this case.

Malta Head Coach Roderick Attard expressed pride in seeing his-hardworking players shed their blood, sweat and tears for and how years of hard work have finally paid off as the rugby team continues to make major strides worldwide. 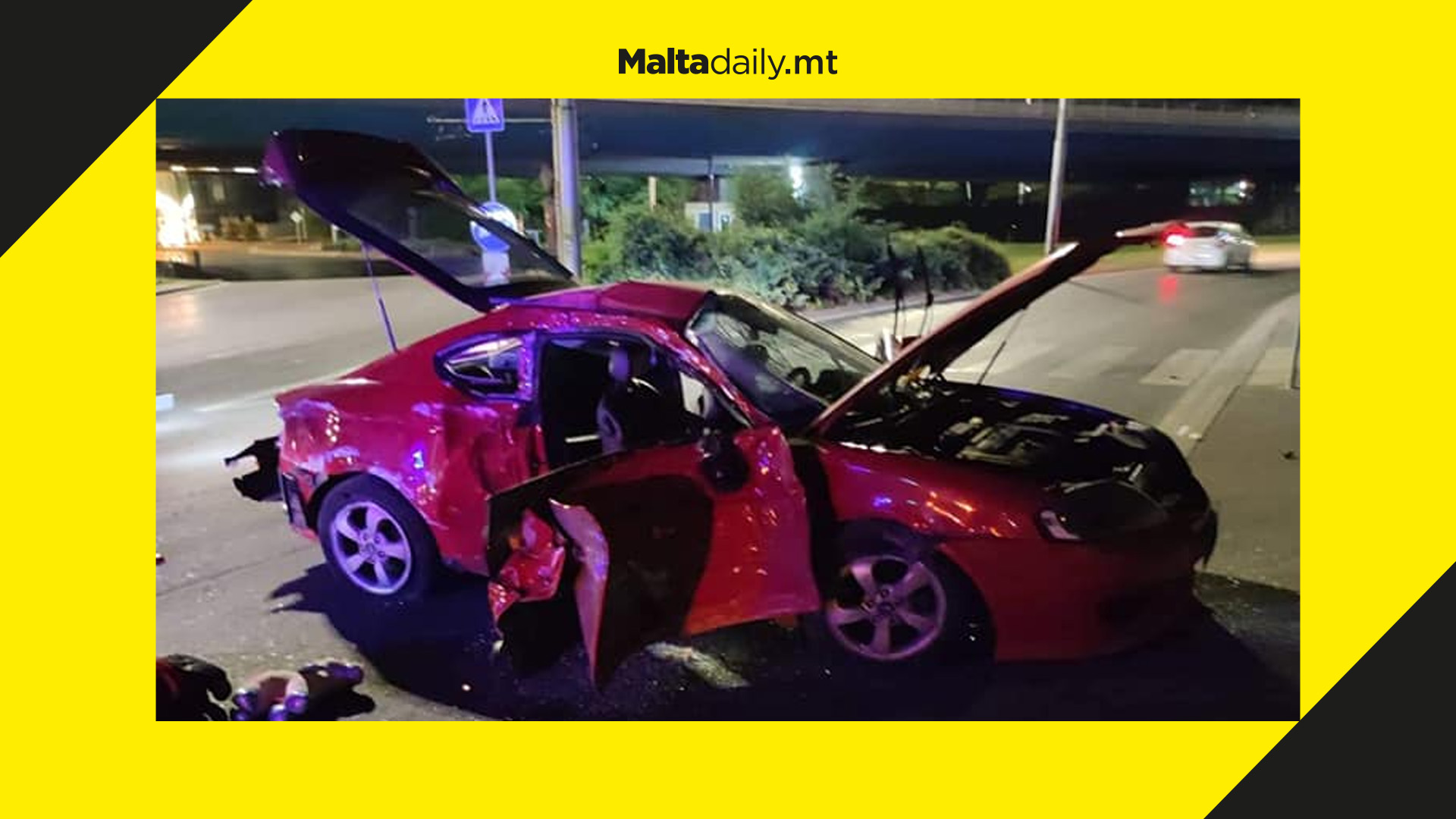 Two 27-year-old Maltese men are currently being treated in hospital in Bulgaria’s capital of Sofia after being involved in a gruesome car accident on Saturday morning.

David Briffa and Eugene Camilleri were amongst those in the vehicle during the accident, which occurred at around 1am near the Armeets Arena.

The car was reportedly being driven at a considerable speed before crashing into a pole on a roundabout, with a 19-year-old Bulgarian being in the driver’s seat. Bulgarian media is reporting that the driver was found positive for amphetamines, cocaine and alcohol and remained under arrest for 24 hours at the Parvo Police Department.

Briffa sustained fractures in his wrist and some bruises whilst Camilleri had to be taken to another hospital for treatment on his neck.

Wishing those involved a speedy recovery. 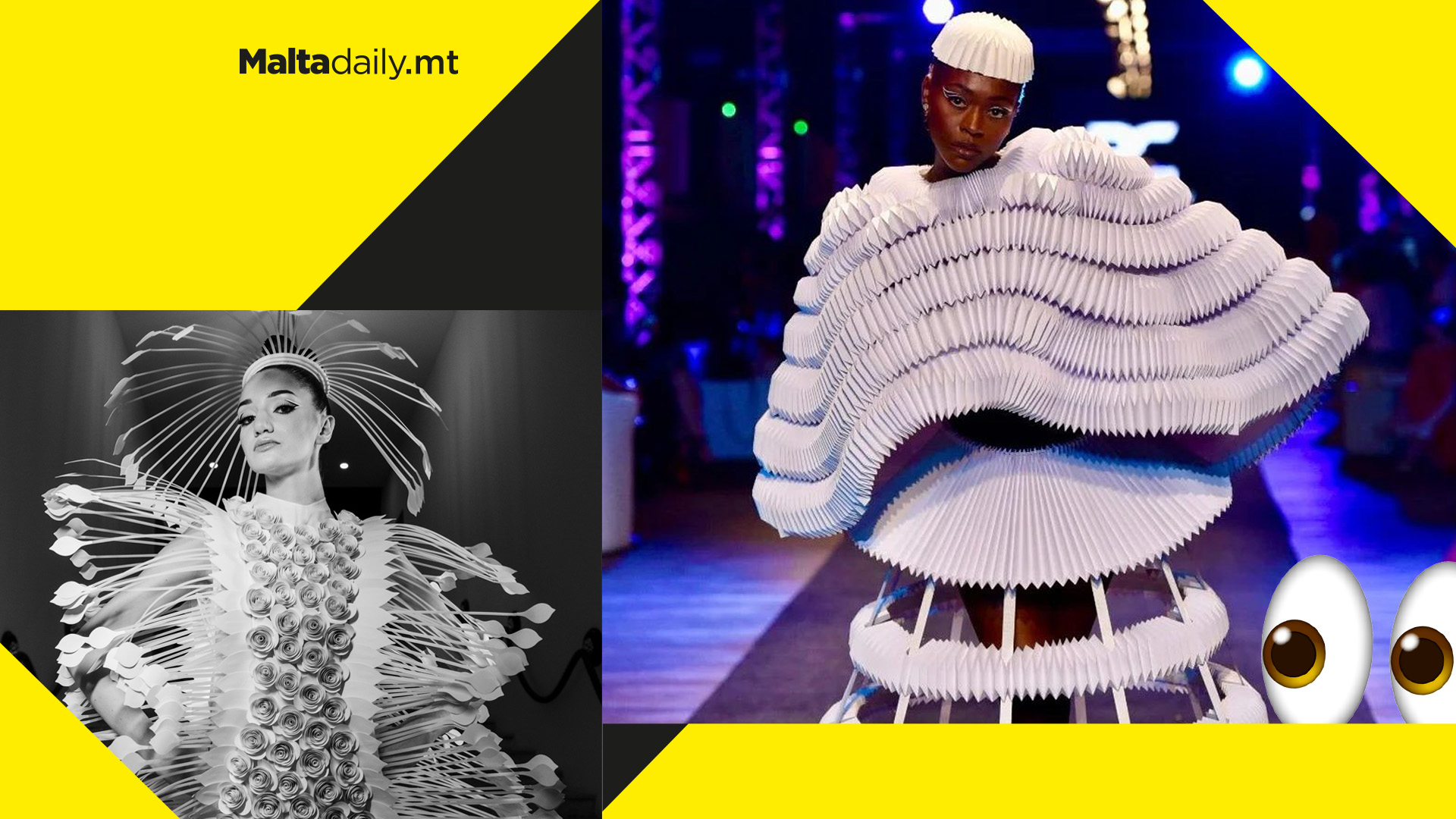 Fashion lovers across Malta and Gozo have seen a range of gorgeous dresses and apparel unveiled at Malta Fashion Week over the past few days, but a Maltese designer truly caught everyone’s attention after revealing a line of dresses made completely out of paper.

Local designer James Dimech told Times of Malta that, having previous experience in paper-folding and mounting, wanted to take his work a step further this year, resulting in the gorgeous origami dresses on display at Malta Fashion Week.

Eloquently captured by local photographers such as Steve Muliett and Oliver Pace, the local designer’s intricate works welcomed a hoard of positive feedbacks and congratulatory comments for truly taking local fashion to the next level.

What do you think of these dresses?