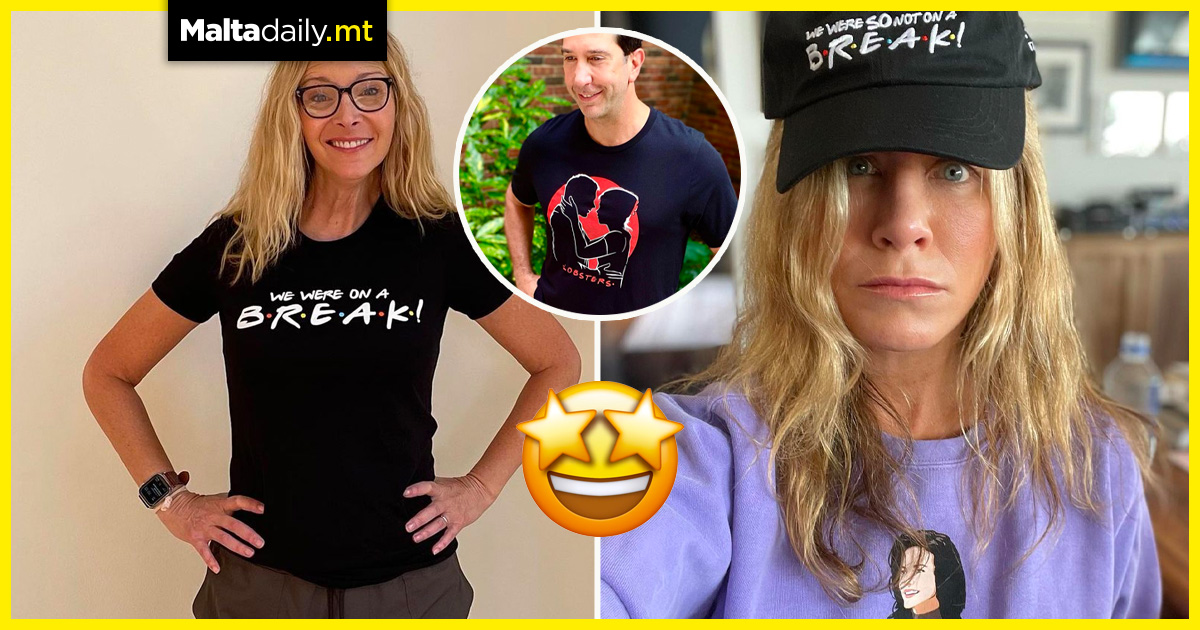 Following the long-awaited Friends reunion earlier this year, the cast of the beloved sitcom rocked new merchandise on their Instagram handles which delve into the age old question; were Ross and Rachel on a break? This question has haunted the fanbase for a very longtime, with the reunion itself addressing it with different opinions by cast members themselves. The Cast Collection is a collaboration between the six friends and graphic T-shirt company Represent which hopes to raise money for charities.

Jennifer Aniston (Rachel) rocked a cap which sets the record straight (at least for her) – ‘[They] were SO not on a break!’. Other cast members disagreed however as Lisa Kudrow (Phoebe) posted her own image whilst wearing a tee which captions Ross’ iconic phrase: ‘We were on a break!’. The others decided to stay out of the feud, with Matt LeBlanc taking a sip from a mug from ‘The One Where No Ones Ready’ and David Schwimmer highlighting the couple’s eventual getting together with a Lobsters tee.

Employers call for a halt to public sector employment before election 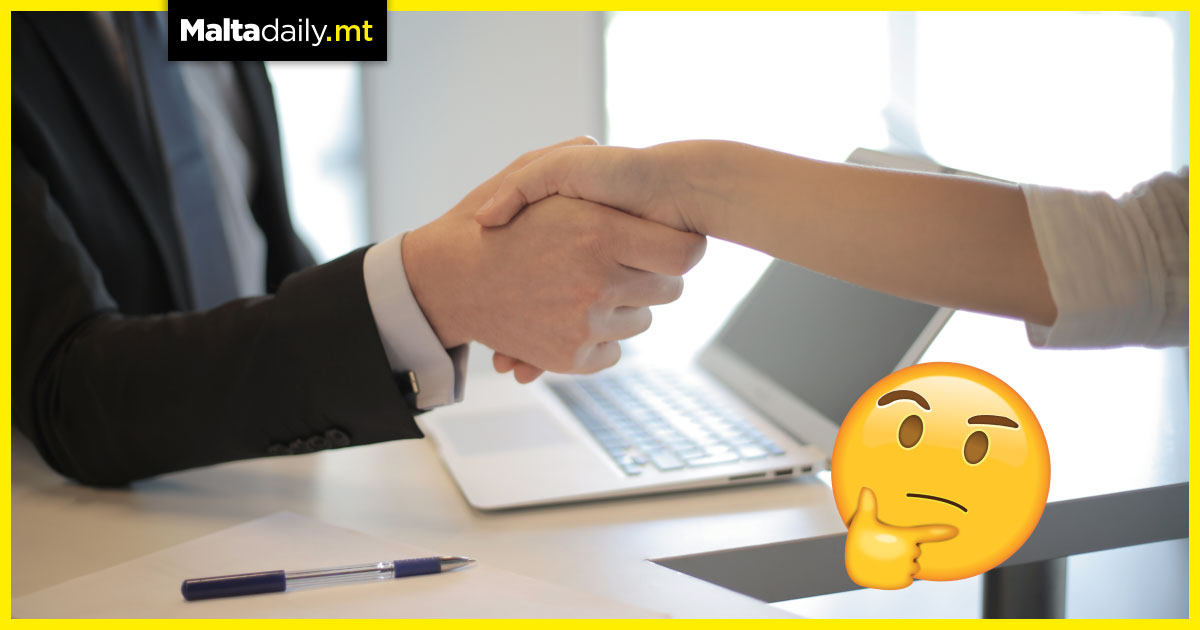 Employers are calling for a ban on the government recruiting individuals within the public sector at a minimum of six months before the general election due to such pre-election efforts causing companies to opt for foreign workers.

In a recently published position paper addressed by the Malta Employers Association, the organisation stated that such a “pervert” practice must be put to an end in Malta as it is causing a drain of human resources within the private sector and creating a considerable amount of labour shortage challenges.

The association alluded to the act of individuals with “dubious intent” asking politicians for “unproductive employment in the public sector” and it has thus created somewhat of an apathy within private businesses, going on to highlight that the majority of public sector workers conduct their day-to-day efforts professionally.

They went on to highlight the fact that companies turning to foreign labour as an alternative resolve has resulted in multiple inefficiencies and “an unnecessary increase in population”. One of the short-term solutions which the Employers Association suggested is that workers who decide to continue working until retirement, even though they already qualify for pension, would lose their pension for the additional years or receive half of it.

What do you make of this? Let us know in the comments! 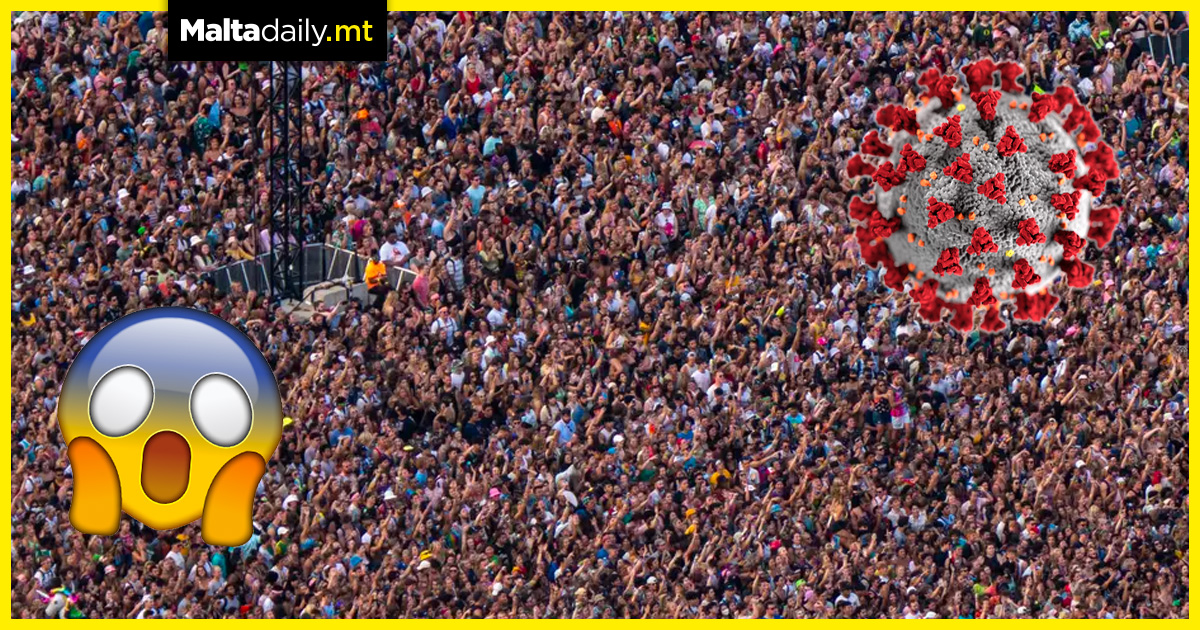 Estimates indicate that during this weekend’s Lollapalooza in Chicago, around 100,000 people turned up to celebrate the four day music festival in the city’s Grant Park. The festival was cancelled last year due to the COVID-19 pandemic, but party-goers this year enjoyed performances by Post Malone, Foo Fighters, Megan Thee Stallion and Miley Cyrus. All this occurred despite growing concerns and apparent surges in Delta variant cases of infection.

Organisers require attendees to wear masks indoors, with all guests having to show proof of vaccination or negative PCR-test results in order to enter. Around 600 people were denied access for showing neither as proof. The huge turnout indicate a return to such massive events, but authorities and health officials are still concerned as spread could still occur, especially given the rising infections in Chicago and in the whole country. 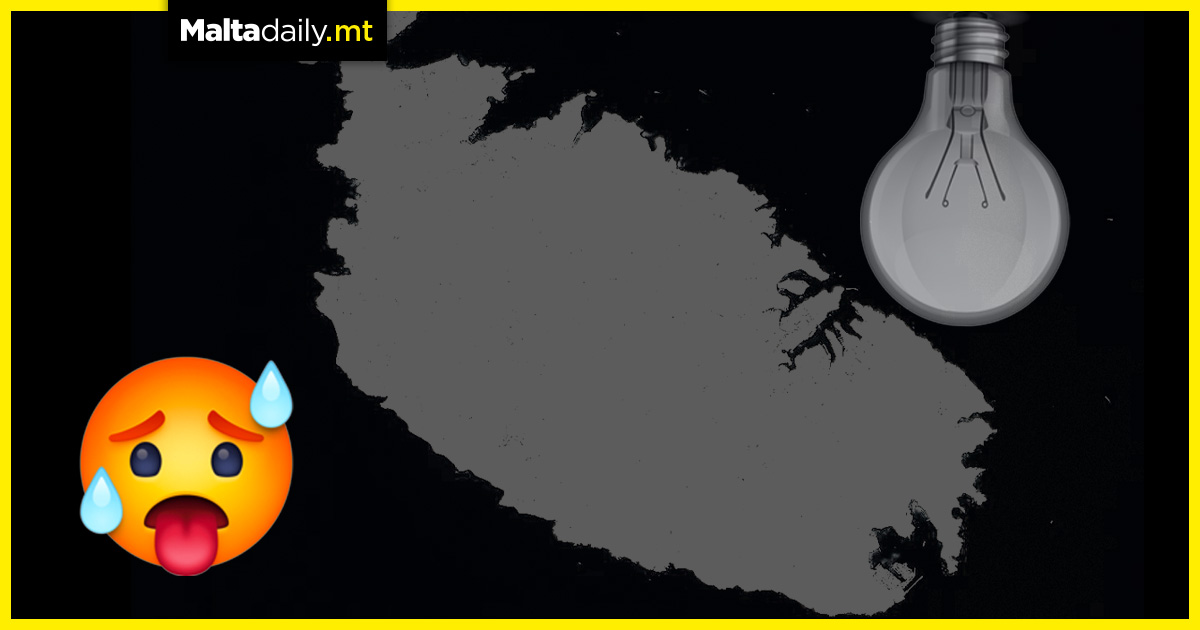 Despite August starting off with a scorching first week, it seems as though fans and air conditions may be made briefly redundant as Enemalta plans power cuts for over 25 localities. A notice posted to Enemalta’s website states how the scheduled network maintenance and upgrade works may ‘necessitate temporary electricity supply disruptions in different areas in Malta and Gozo.’ This time round however, such news has angered residents having to endure the excessive heatwaves. Many took to social media to express frustration throughout the night as several outages occurred several areas.

None of the remaining scheduled works are set to run through the night, with a press release issued on Tuesday stating that the demand for electricity reached a record of 561MW on Monday. This is a 6% increase when compared to the highest ever rate registered of 510MW in July of 2019. The increase in demand along with scorching heat resulted in damages on the low-voltage network.