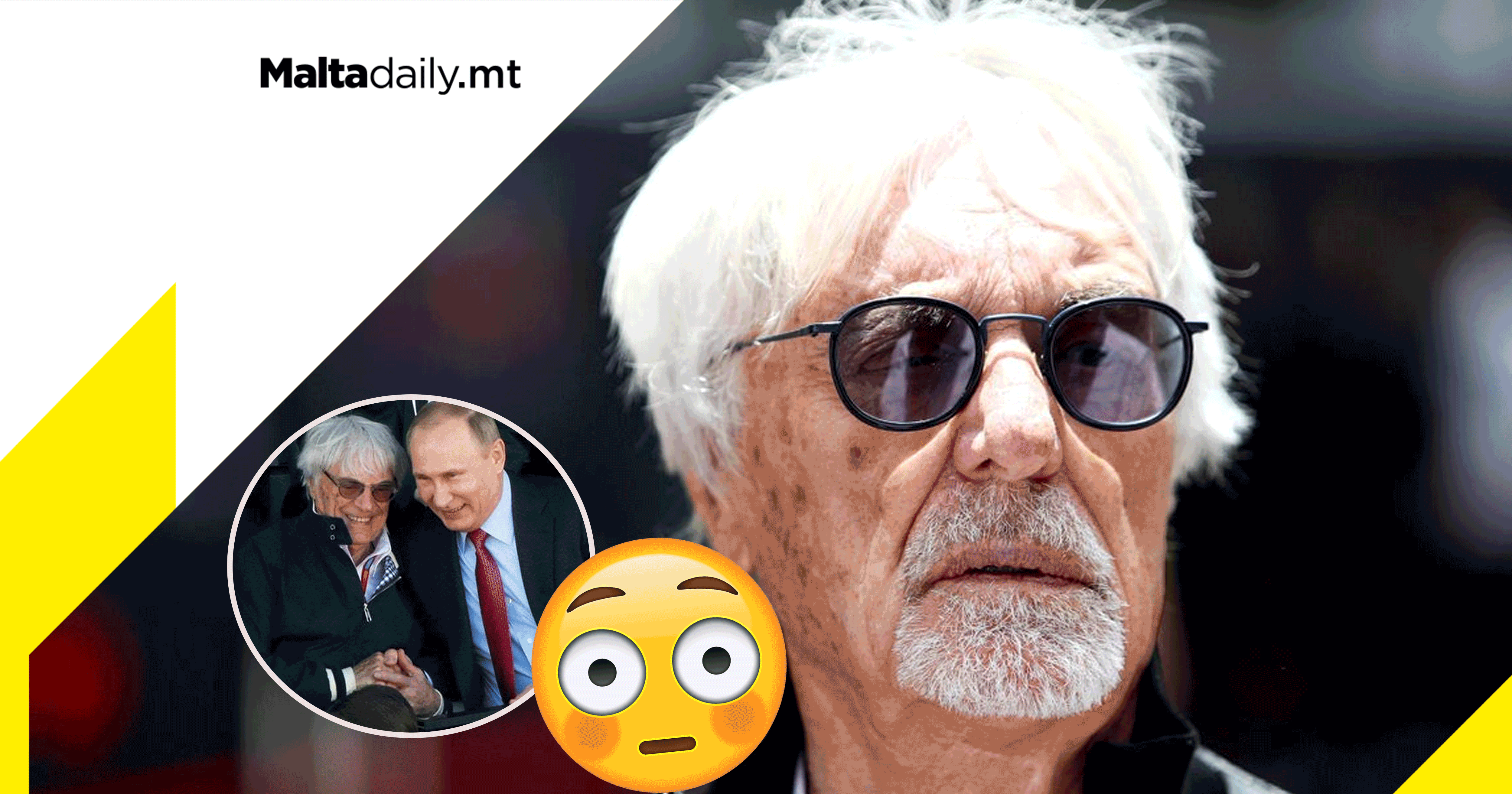 Former Formula One boss and CEO Bernie Ecclestone has stated that he would “take a bullet” for current disgraced Russian president Vladimir Putin. This support from Ecclestone for Putin still comes even after the president’s order to invade neighbouring country Ukraine.

All of this happened in an interview that the British business magnate had with ITV’s “Good Morning Britain” where the presenters asked him if he was still friends with Putin. Ecclestone responded “I’d still take a bullet for him. I’d rather it didn’t hurt, but if it does, I’d still take a bullet because he’s a first-class person. What he’s doing (in Ukraine) is something that he believed was the right thing he was doing for Russia.”

The 91-year-old has reportedly been close friends with Putin ever since the introduction of the Russian Grand Prix held in Sochi, back in 2014. In the interview he went on to not only announce his support for Putin but also condemned Ukraine president Volodymyr Zelensky saying “I think if he’d thought about things, he would definitely have made a big enough effort to speak to Putin, who is a sensible person, and would have listened to him and could have probably done something about it.”

Ecclestone no longer has any ties with Formula One, after being moved aside since Liberty Media’s takeover in 2017 but still enjoys a high public profile. That is why following the controversial interview, an F1 spokesperson said “The comments made by Bernie Ecclestone are his personal views and are in very stark contrast to the position of the modern values of our sport.”

The former CEO was condemned by 7-time World Champion Lewis Hamilton who argued that an individual who appeared to support “killing” people should not be given a platform. Lewis also brought up  the fact that Ecclestone was an “older voice” who no longer represented the sport. He continued by saying;

“We don’t need any more of it, to hear from someone that believes in the war, and the displacement of people and killing of people, and supporting that person [Putin] is beyond me,”

“I cannot believe I heard that. This is going to put us back decades, and we have yet to see the real brunt of the pain. 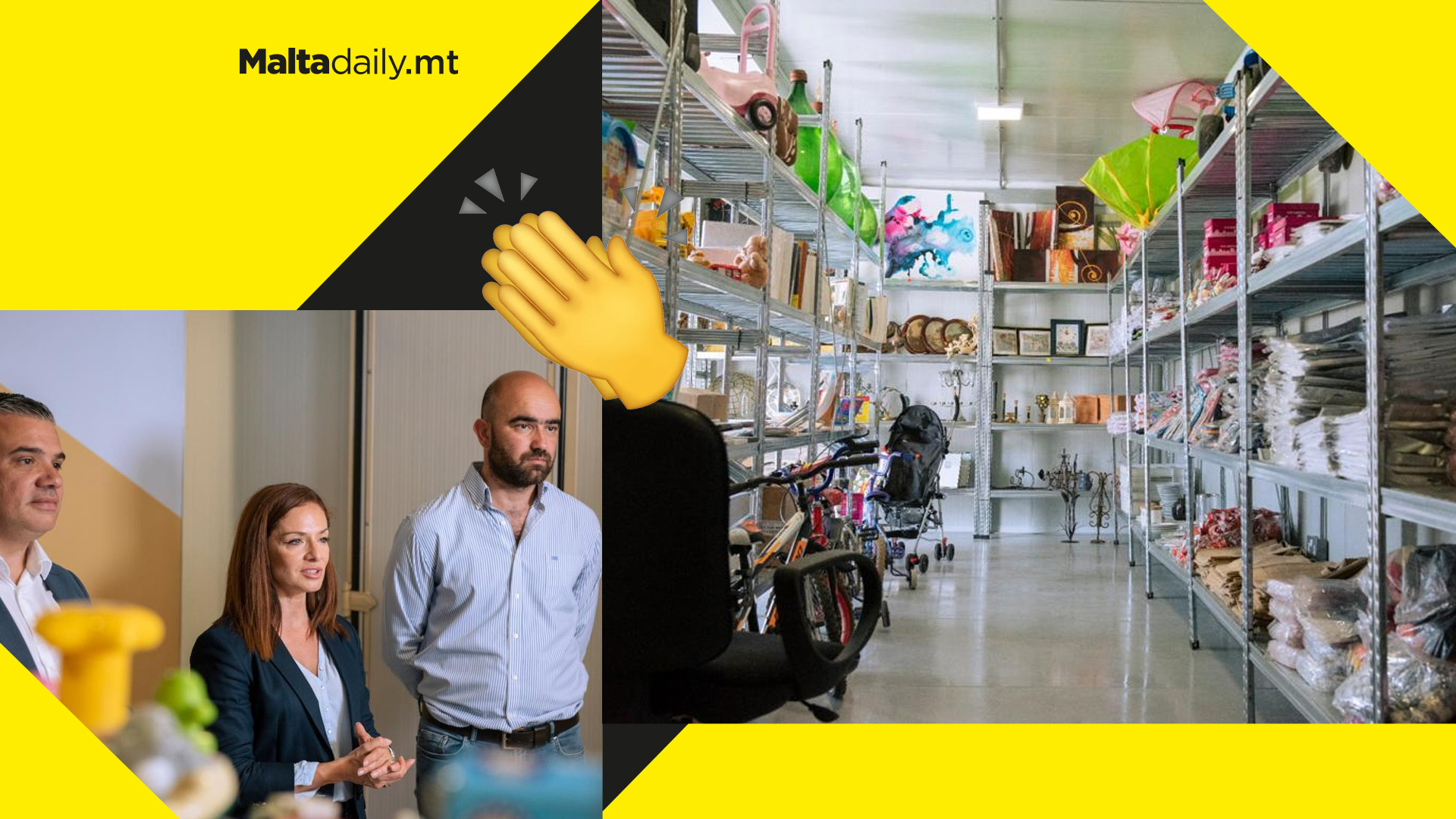 WasteServ has officially opened its first ReUse centre in Ħal Far, where second-hand items in good condition will be made available to the public by means of donation.

In a recent Facebook post, Minister for the Environment, Energy and Enterprise Miriam Dalli highlighted that the centre will allow members of the public to purchase good-quality second hand items at a lesser cost, with the donation going to a WasteServ fund for environmental initiatives.

Dalli, together with Parliamentary Secretary Chris Bonett and WasteServ CEO Richard Bilocca inaugurated the centre’s opening, explaining that one may find everything from ceramics and toys to pet accessories, musical instruments and even furniture at the centre.

The €170,000 investment will see to the opening of more centres of this sort in Luqa, Imrieħel and Gozo.

This project is partially financed by the European Union, as part of the Cohesion Funds – Structural Funds and European Investment 2014-2020. 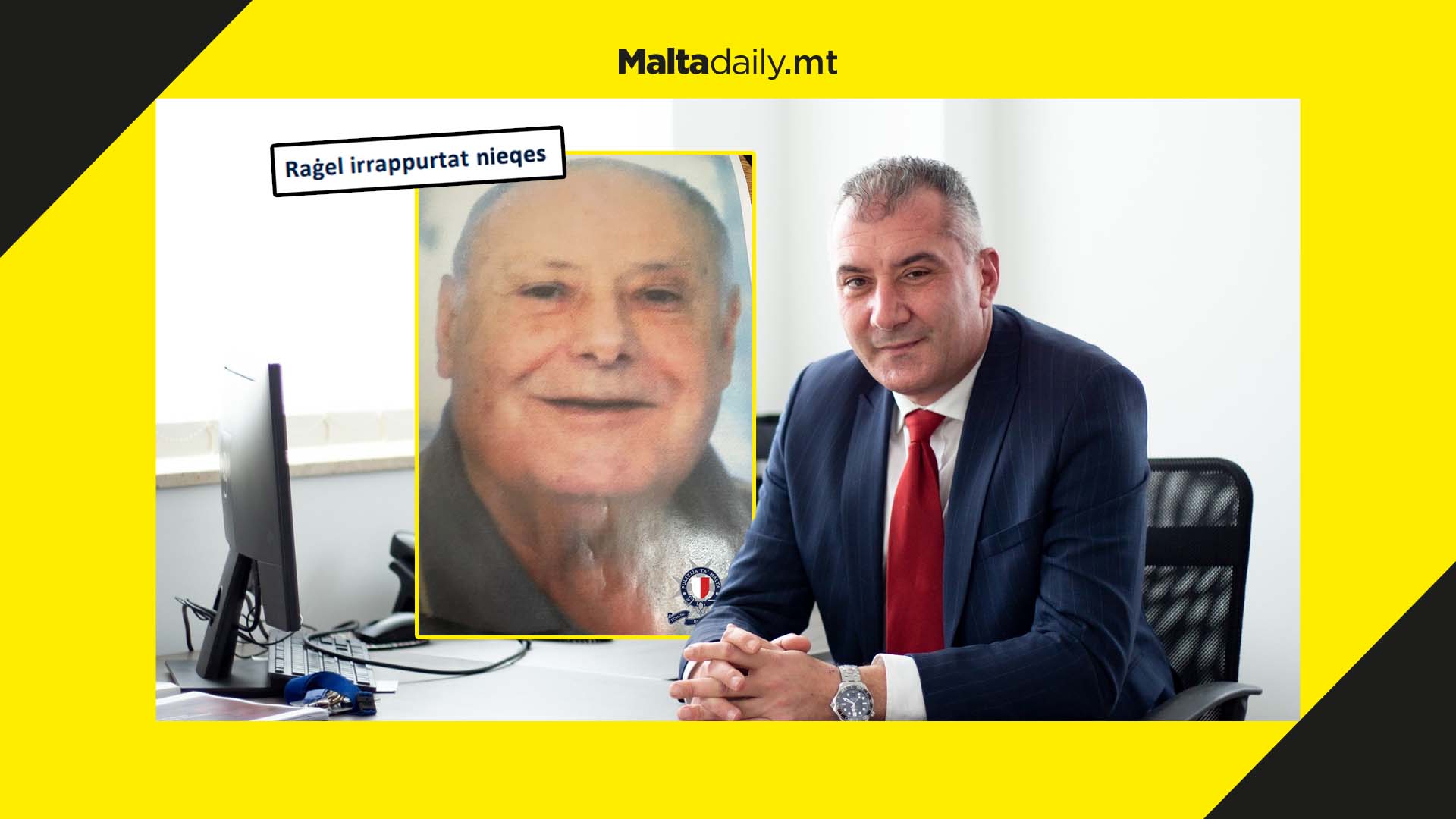 Minister for Active Ageing Jo Etienne Abela has called for an internal investigation after an elderly resident of St. Vincent De Paul was reported missing on Tuesday June 28th.

The institution’s administration reported the case of the missing resident, Karmenu Fino, to the authorities and searches start immediately after. In a statement, it was revealed that the concerned Ministry was informed of the most recent developments and, as searches continue, it has ordered further investigation to establish the facts and recommendations into the case.

Meanwhile, the Nationalist Party has expressed its outrage in the fact that only one nurse was responsible for an entire hall of elderly individuals in the midst of a concerning staff shortage.

In her own statement, PN speaker for Active Ageing Paula Mifsud Bonnici said that the Opposition is treating this case with the utmost sensitivity, calling upon the Government to further product and care for Malta’s elderly community.

The investigation is being led by retired judge Geoffrey Valenzia. 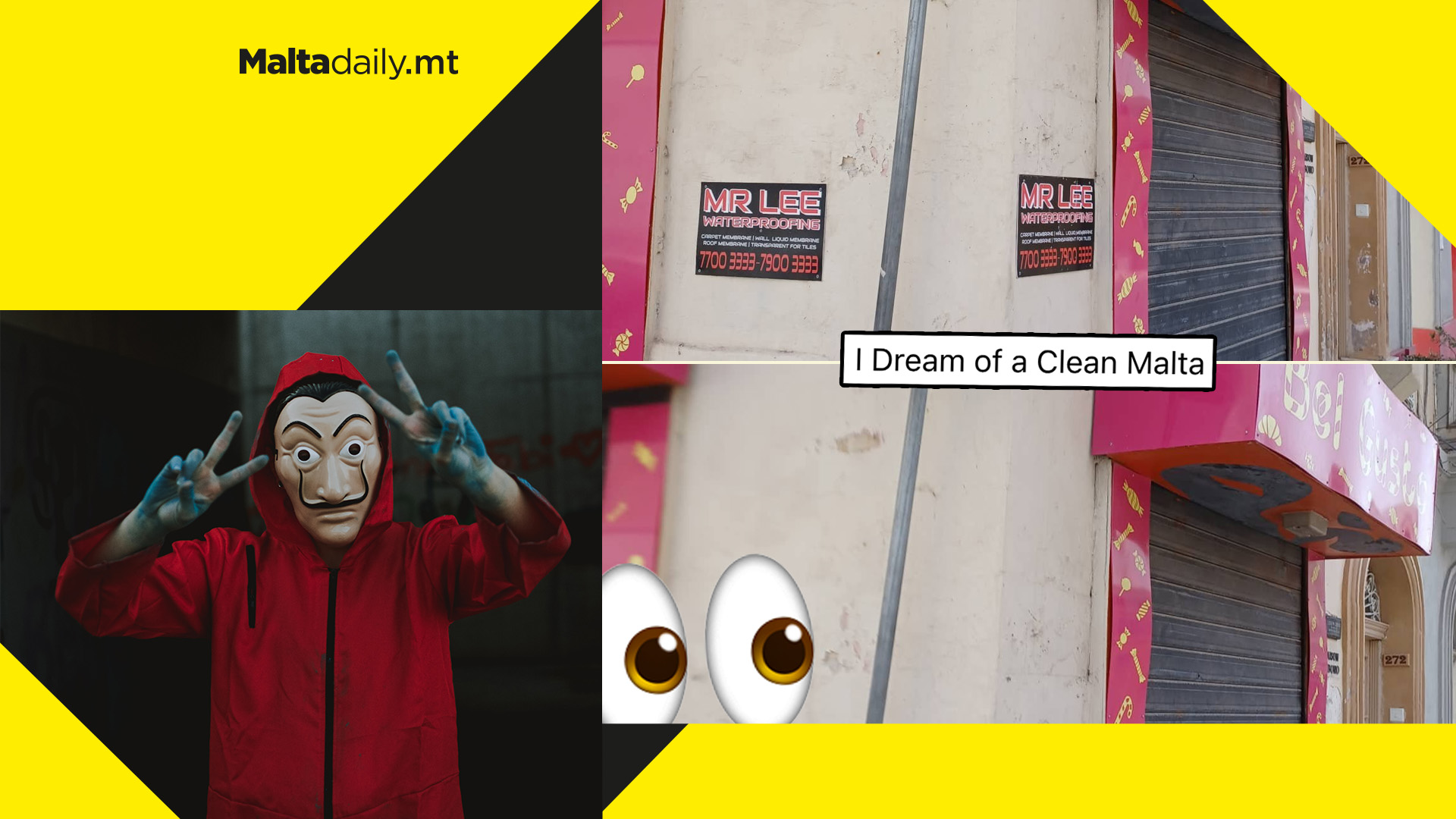 A mysterious masked individual has been actively cleaning the streets of Malta one street sign at a time and sharing their efforts on Facebook in an attempt to spread awareness and encourage more people to do the same. 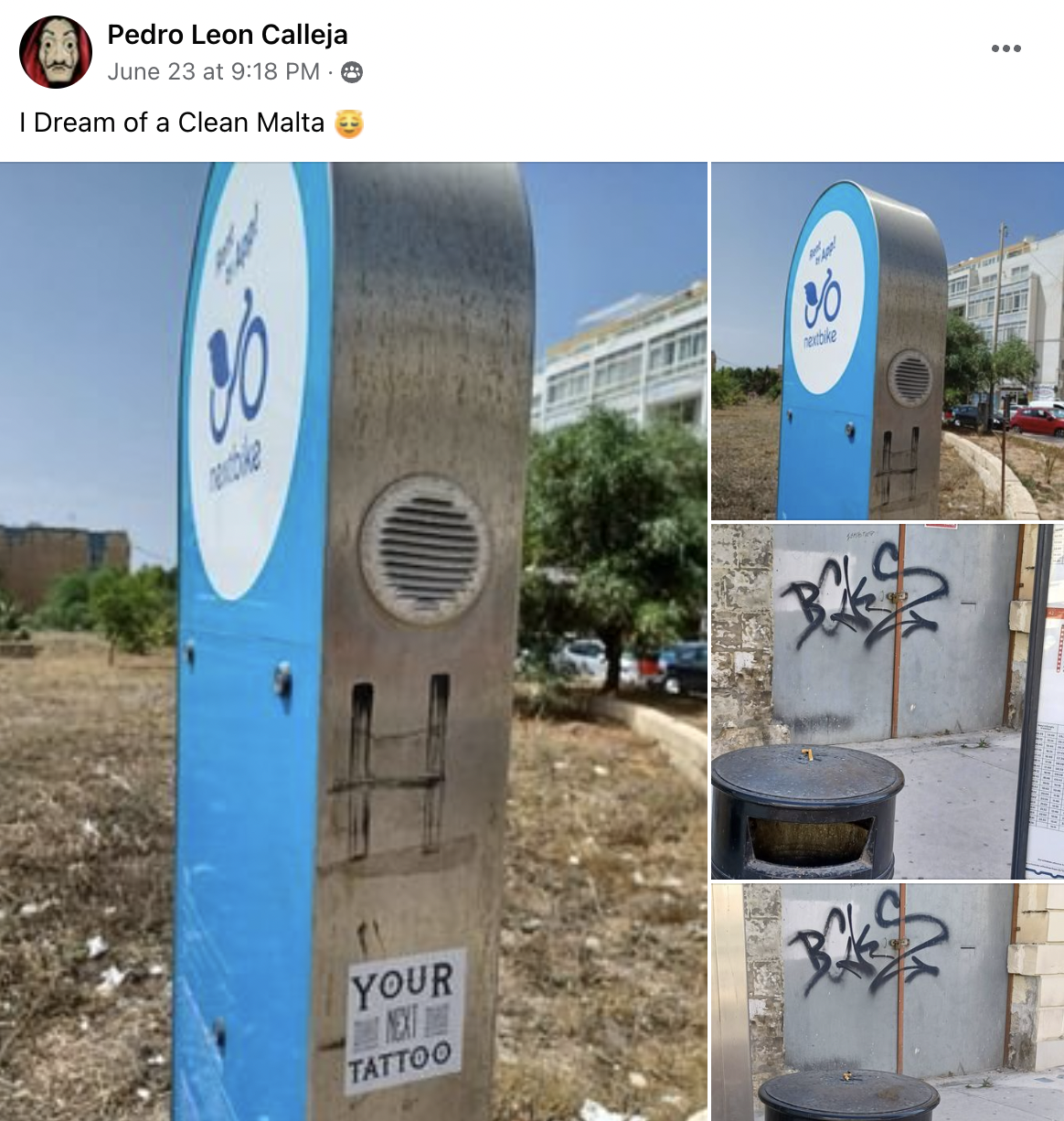 Known only as Facebook handle ‘Pedro Leon Calleja’ with a Dalí mask reminiscent of hit Netflix series Money Heist, the mystery individual ‘dreams of a cleaner Malta’, posting cleaning efforts and other daily Maltese struggles on local Facebook group ‘Are You Being Served’.

Other posts include Calleja shining a light on everyday issues such as unmanned boxes on a truck in Marsa and improperly discarded trash in Hamrun, amongst others.

Who is this masked hero and what will they do next?