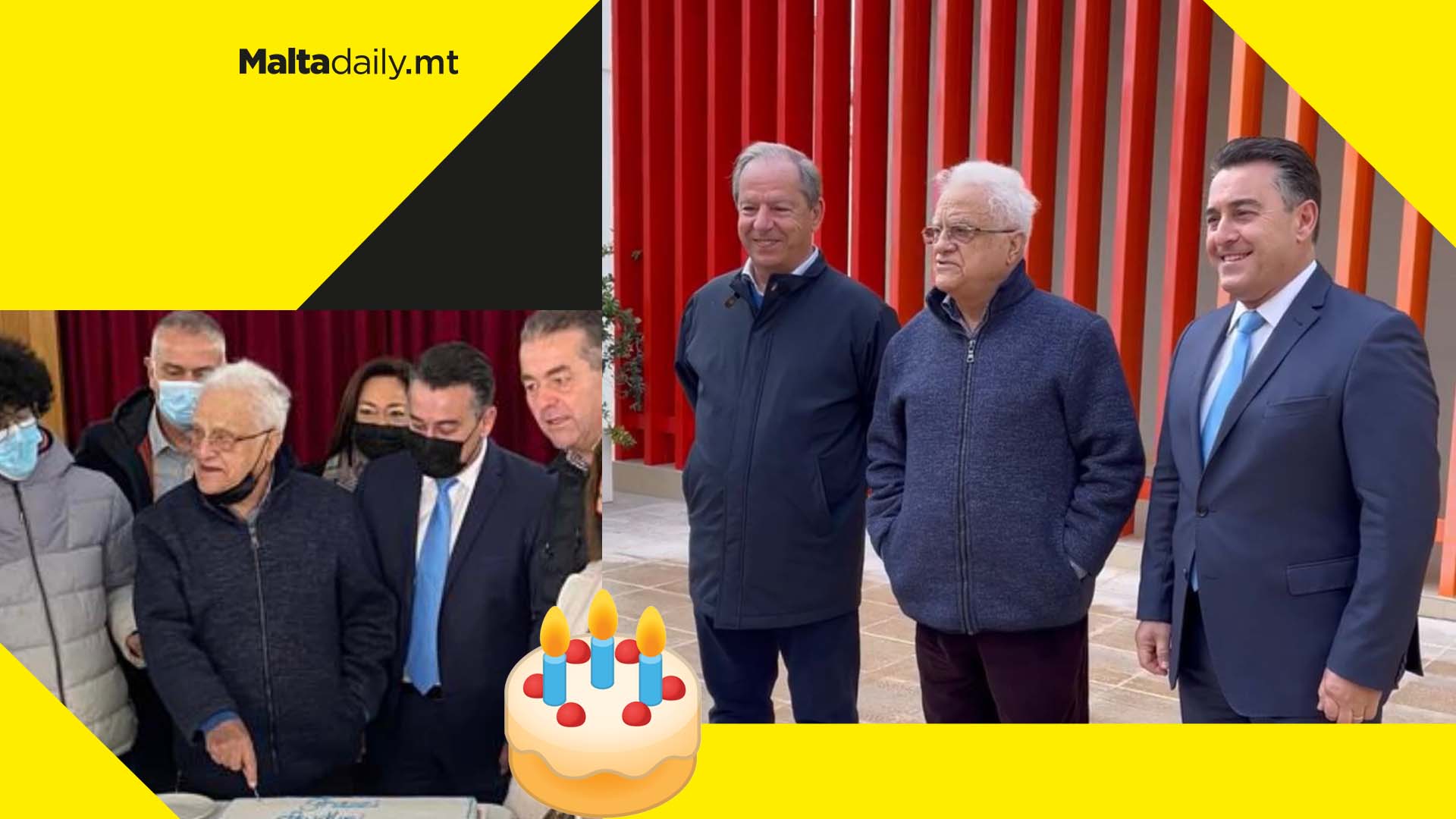 Meeting up as a show of force and unity, ex-nationalist party leaders met up to celebrate the birthday of Eddie Fenech Adami.

The former prime minister’s son, Beppe Fenech Adami, posted to social media in celebration of his father’s 88th birthday. He revealed that the celebrations involved a mass at Dar tal-Providenza and then went on to have a small celebration as has been custom for the last 40 years.

Eddie Fenech Adami, who served as the seventh president of Malta from 2004 to 2009 and twice prime minister from 1987 until 1996 and from 1998 until 2004, was joined by ex-leader Lawrence Gonzi and current Opposition leader Bernard Grech for the celebration. 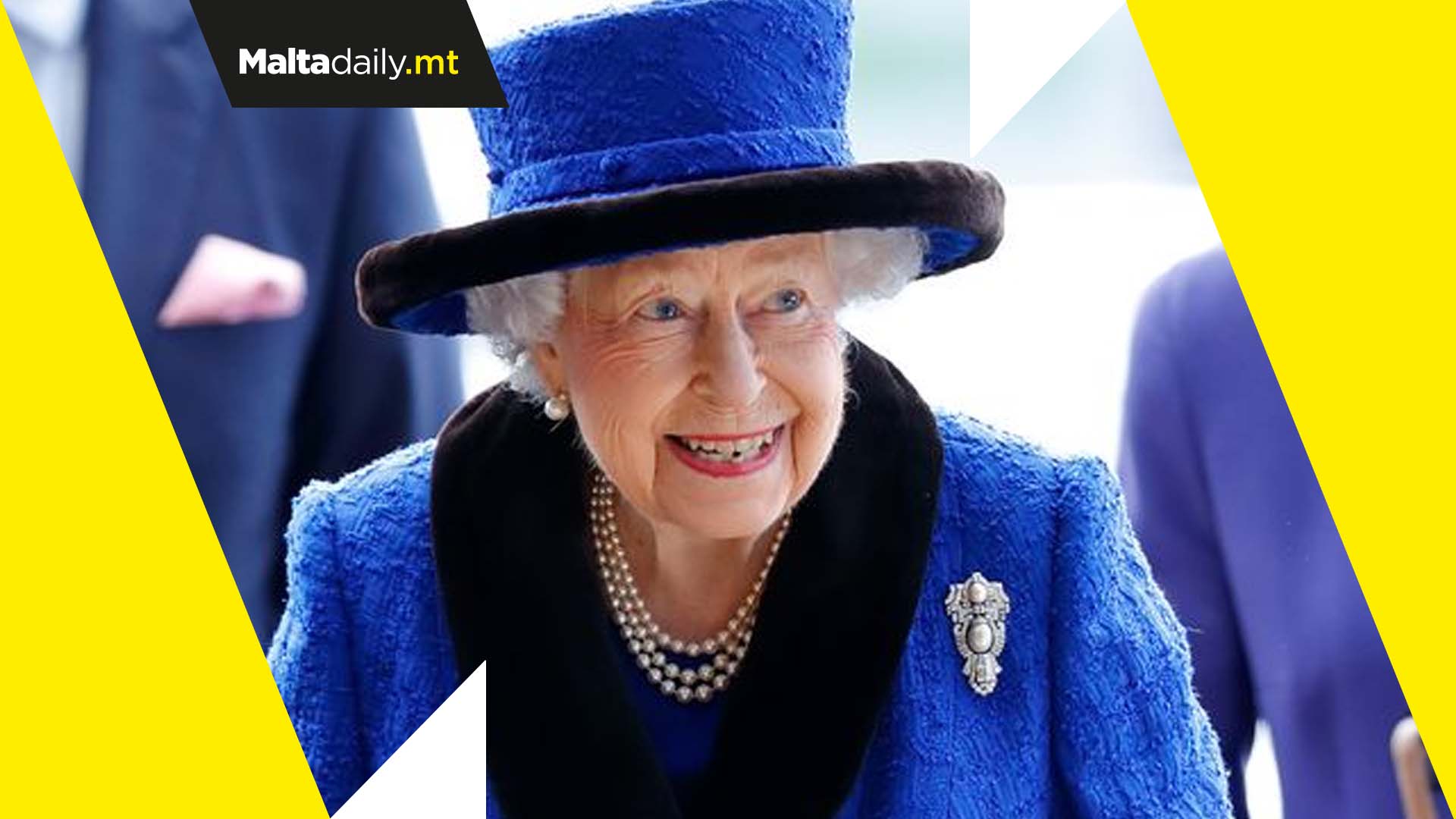 Queen Elizabeth II celebrates her 70th anniversary from when she started her rule over the United Kingdom. Addressing an audience during a speech, the Queen harkened back to the promise she made of dedicating her service to the people of the kingdom.

She expressed how fortunate she feels to have a family who supports her, also calling back to her late husband Prince Philip, who passed away in April of 2021.

Reflecting upon all the progresses the UK made over the years in various sectors, the Queen looked forward to continue serving the country and thanked everyone who, throughout the years, showed compassion and courage alongside her. 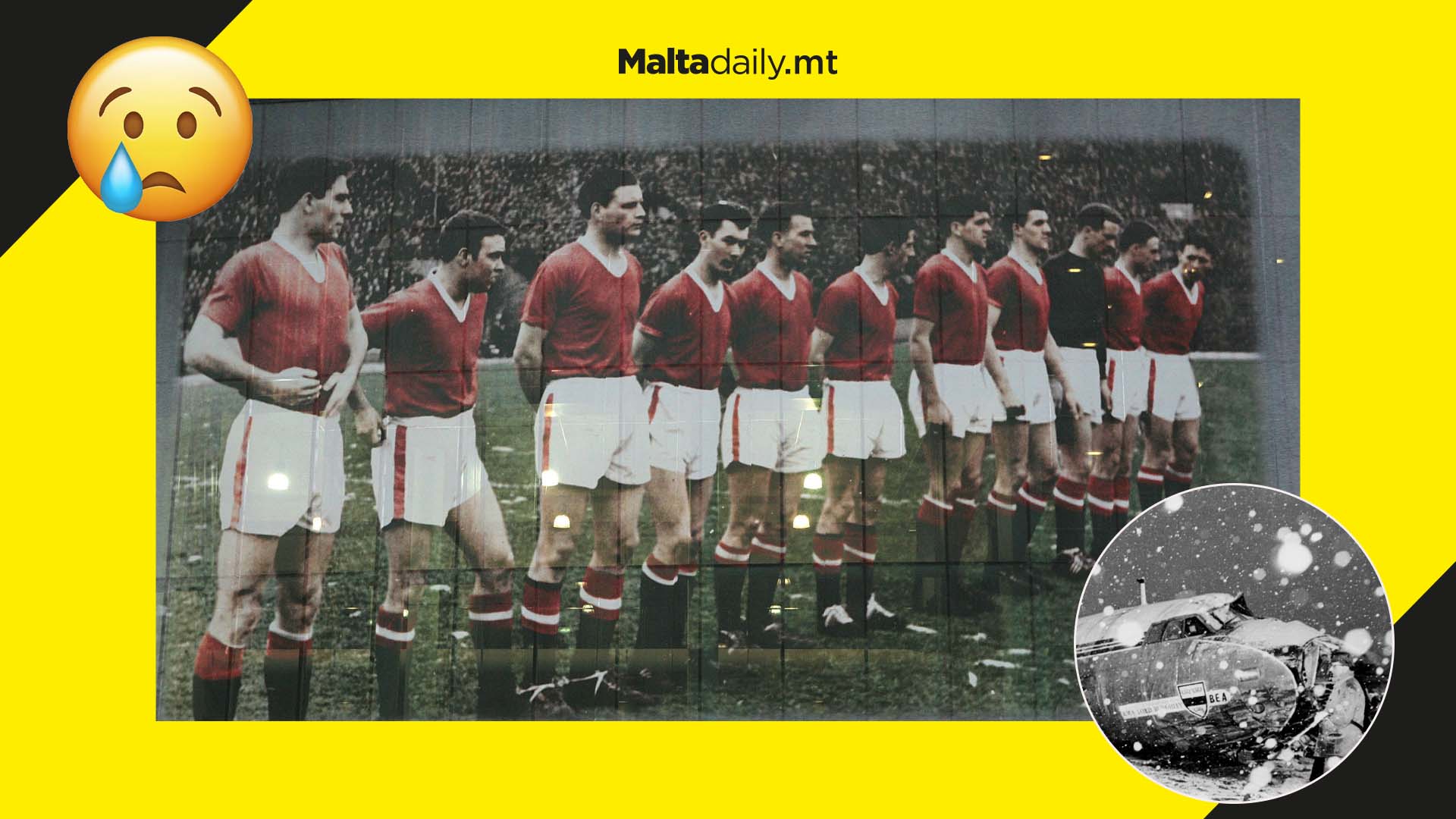 On February 6th 1958, a BEA Airspeed AS-57 Ambassador skidded upon take-off at Munch Riem Airport. The aircraft skidded into a nearby building, burst into flames, and killed 23 passengers on board.

The tragedy took the lives of a group of young men who were seen as the personal friends of millions around the world – the ‘Busby Babes.’ Football team Manchester United were set to become the first English club to lift the new European Cup in 1958.

They were also set on a course for a treble as they were still well placed in the league and FA cup. However, the tragedy, which would be remembered in the club’s history for years to come, rendered those dreams impossible.

Under the guidance of Scottish manager Matt Busby, the team was travelling back from Yugoslavia after an impressive 3-3 draw, meaning they would progress to the semi-finals of the competition 5-4 on aggregate.

Following their celebrations at the British embassy in Belgrade, the team left for Manchester the following day. The team’s chartered plane made a routine stop in Munich to refuel, but the area quickly got shrouded in snow and low cloud. The sever weather did not appear to worry the players as they enjoyed a snowball fight outside the airport terminal before boarding the aircraft.

The first signs came during take-off when a strange noise from the engine forced the captain and co-captain to abort the attempt. A second attempt also prompted the same result. Many of the group expected to spend a night in Germany but Busby and the club were under certain pressures to get back that night.

With many players uneasy about anther attempt, they decided to attempt a third time. Four players, Mark Jones, Tommy Taylor, Eddie Colman and Duncan Edwards even moved to the back of the plane as they believed they would be safer if the worst happened.

A third attempt was made just after 3pm on a runway which was covered in snow and slush. This time, however, the aircraft failed to gain height as it tried to lift off and crashed through a fence at the perimeter of the airfield and into a building. It burst into flames as it come to a half next to a nearby fuel silo.

Seven players died at the scene, including Coleman, Taylor and Jones who had swapped seats, along with the plane’s co-pilot and journalists travelling with the team. Former goalkeeper Frank Swift also died in the crash. Duncan Edwards, regarded as one of the greatest players in the game at the time, passed away in hospital two weeks later. Johnny Berry and Jackie Blanchflower were so severely injured they would never take to the field again.

Crowds gathered outside Old Trafford back in Manchester, awaiting information about the crash, with news spreading all around the world. Despite losing more than half of their players in the crash, Man Utd were determined to continue. With Busby recovering in the hospital, the job of rebuilding the side fell to his assistant Jimmy Murphy, who had been away on duty at the time.

Trying to attend as many funerals as he possibly could and assisting the injured, Murphy set to recruiting a whole team. His newly assembled team ran out at a packed Old Trafford in an FA cup tie against Sheffield Wednesday.

The disaster took its toll, with united only winning one more league game that season. In the FA cup however, Jimmy incredibly managed to take his team to a Wembley final against Bolton Wanderers.

To this day, February 6th 1958 remains the darkest hour in the club’s long history. It is rightfully remembered each year on the anniversary of the tragedy, in remembrance of the beloved players and friends of the club who lost their lives.

Facebook turned 18 this week – but not without changes or scandals 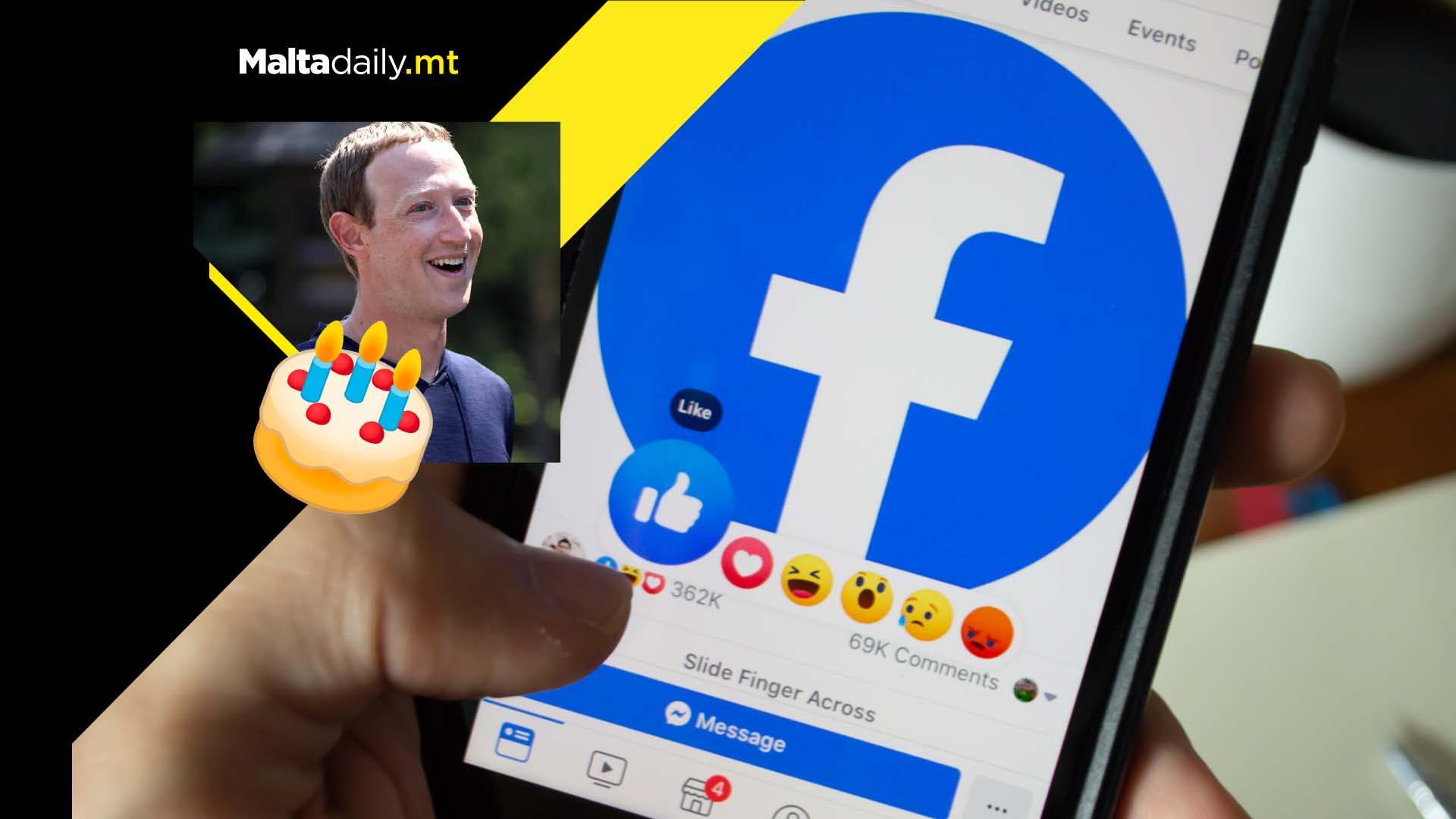 Facebook has finally achieved adult status after it turned 18 on February 4th 2004. It was launched in a dorm room at Harvard University by friends and roommates Mark Zuckerberg, Eduardo Saverin, Andrew McCollum, Dustin Moskovitz and Chris Hughe.

Nearly two decades have passed since the iconic platform’s launch, with the parent company behind Facebook, Meta, having become one of the most well-known, and controversial, companies.

With billions of users, despite having just ranked one of the lowest amounts in its existence this week as well, Facebook reached a market value of approximately $898 billion today.

Alongside the four other largest tech companies – Microsoft, Amazon, Apple and Google – Facebook continues to be at the centre of discussions regarding data security and competition violations.

The platform was originally only made for students at Zuckerberg’s alma mater, Harvard University. Facebook users now spend about an hour a day on the platform, but the average length of people looking at posts is 17 seconds.

Zuckerberg, in response to the recent 26% drop in stocks, said that he is more focused on pushing the Metaverse concept, having spent more than $10 billion along these lines last year.