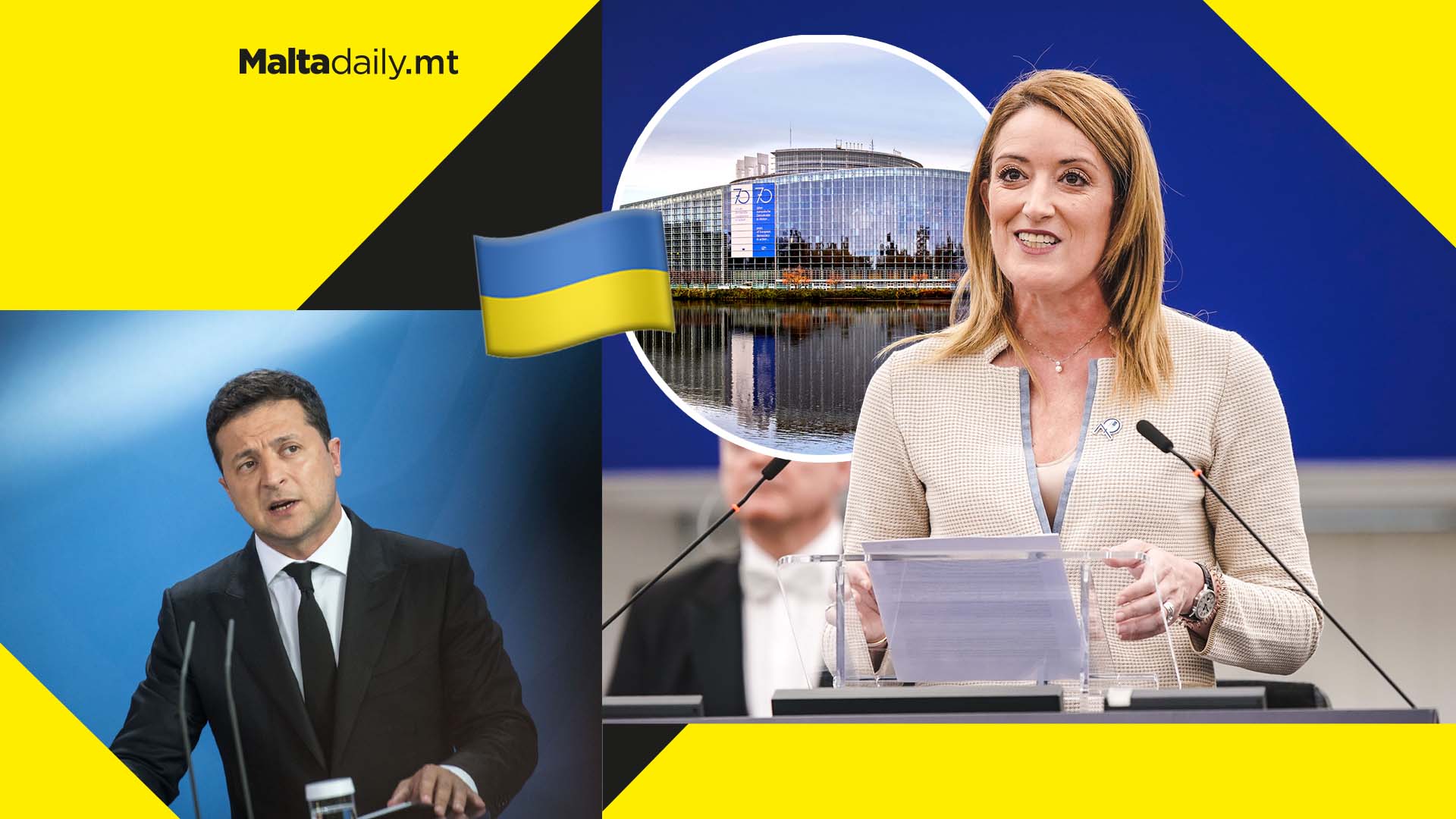 On Thursday, members of the European Parliament approved an €18 billion loan to support Ukraine during Russia’s war against the country.

The €18 billion loan will go into supporting essential public services such as the running of schools, hospitals, relocation of housing, macroeconomic stability and restoration of critical infrastructure destroyed by Russian forces and it will cover ‘roughly half of the estimated €2-4 billion monthly funding Ukraine needs in 2023.’

According to an EP statement, the loan will be disbursed in quarterly instalments which will hopefully keep the country afloat in light of the current conditions.

The loan is also conditional for Ukraine, requiring reforms to strengthen the country’s institutions to prepare it for reconstruction and membership with the European Union.

Following the decision, which was adopted with 507 votes to 38 and 26 abstentions, EP President Roberta Metsola stated that “Ukraine is fighting for European values. The European Parliament and the European Union have shown remarkable solidarity with Ukraine on the humanitarian, military and financial front.” 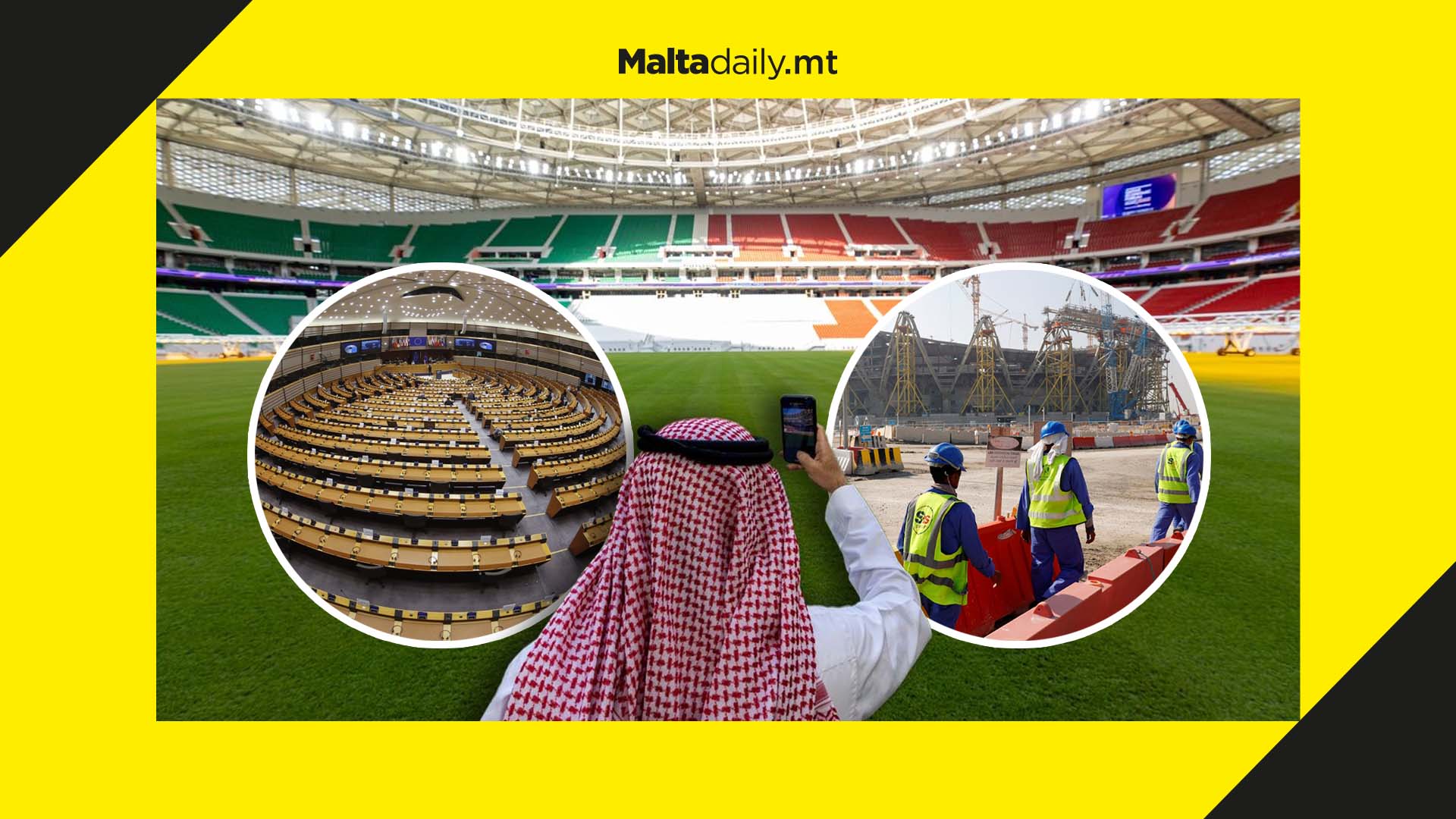 With the 2022 FIFA World Cup having kicked off in Qatar, Parliament deplores the deaths of thousands of migrant workers ahead of the tournament.

On Thursday, the European Parliament adopted a resolution on the human rights situation in Qatar. MEPs highlight that the Gulf state won the FIFA World Cup bidding process amidst credible allegations of bribery and corruption. They deplore the deaths of thousands of migrant workers primarily in the construction sector who helped the country prepare for the tournament, as well as all those injured.

Describing the corruption within FIFA as “rampant, systemic and deep-rooted”, MEPs also deplore that the process to award the football World Cup to Qatar in 2010 was not transparent and lacked responsible risk-assessment, and underscore how FIFA has seriously damaged the image and integrity of global football.

Parliament urges EU countries, particularly those with large national football leagues, such as Germany, France, Italy, and Spain, to exert pressure on UEFA and FIFA to fundamentally reform FIFA. This would include introducing democratic and transparent procedures when awarding football World Cups and strictly implementing human rights and sustainability criteria for hosting countries.

To protect athletes and fans and put an end to sportswashing, international sporting events should not be awarded to countries in which fundamental and human rights are violated, and where systematic gender-based violence is prevalent.

All victims of World Cup preparations should be compensated

With an estimated more than 2 million foreign nationals making up some 94% of the country’s workforce, the resolution welcomes the fact that, according to the International Labour Organization, the Qatari government has reimbursed USD 320 million to wage abuse victims through the so-called “Workers’ Support and Insurance Fund”.

MEPs regret, however, that many workers in Qatar and their families have been excluded from its scope and call for the fund to be extended to include all those affected since the work related to the FIFA World Cup began, covering also workers’ deaths and other human rights abuses. They also call on FIFA to contribute to a comprehensive remediation programme for workers’ families as compensation for the conditions to which they have been subjected.

Acknowledging the important contribution of migrant workers to Qatar’s economy and the 2022 FIFA World Cup, Parliament urges the Qatari authorities to conduct full investigations into the deaths of migrant workers in the country and to compensate to families in cases where workers died as a result of their working conditions.

It also supports Qatar’s recent efforts to improve the conditions and rights of workers, which the international community has raised, but calls for the full implementation of the adopted reforms. MEPs deplore the abuse perpetrated by the country’s authorities on the LGBTQ+ community.

This includes the use of domestic laws that allow for LGBTQ+ persons to be provisionally detained without charge or trial for up to six months. The resolution also urges Qatar to strengthen gender equality measures, including abolishing the remnants of the women’s guardianship, while stepping up efforts to increase the representation of women in the formal labour market.

For more details, the resolution will be available in full here. It was adopted by show of hands.

This could be the best Black Friday deal out there 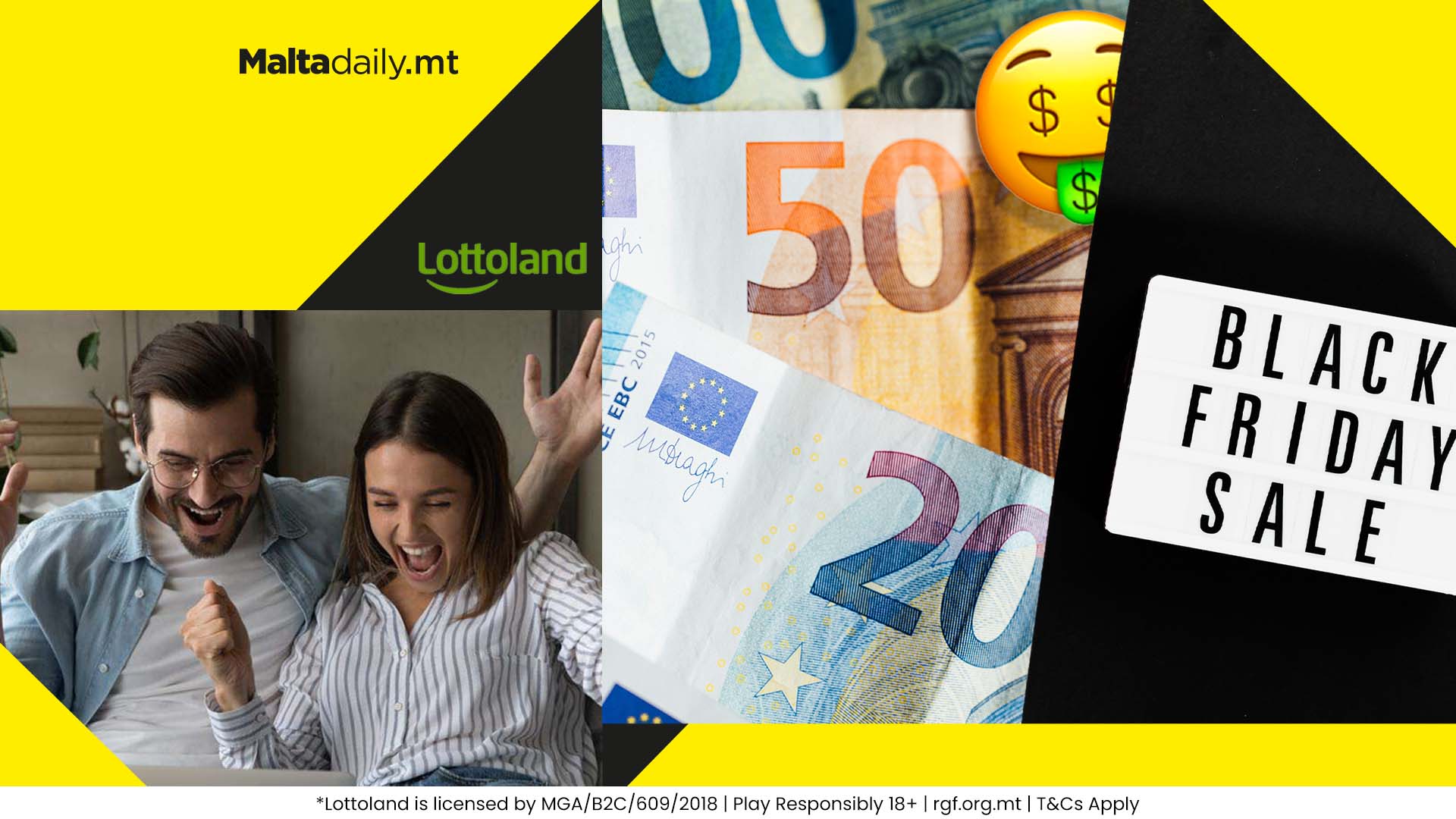 The holiday season is descending upon us before you know it. And with it, everyone’s favorite shopping day: Black Friday!

Those willing to risk a few bucks in the hopes of striking it big, can grab a bargain this weekend. That’s because all new, and existing Lottoland customers can claim a 20% discount on all Lotteries and Scratchcards.

Lottoland was already the cheapest place to play for all of the biggest international lottery jackpots from Malta. Now they are taking things to next level, with unmissable Black Friday offer. 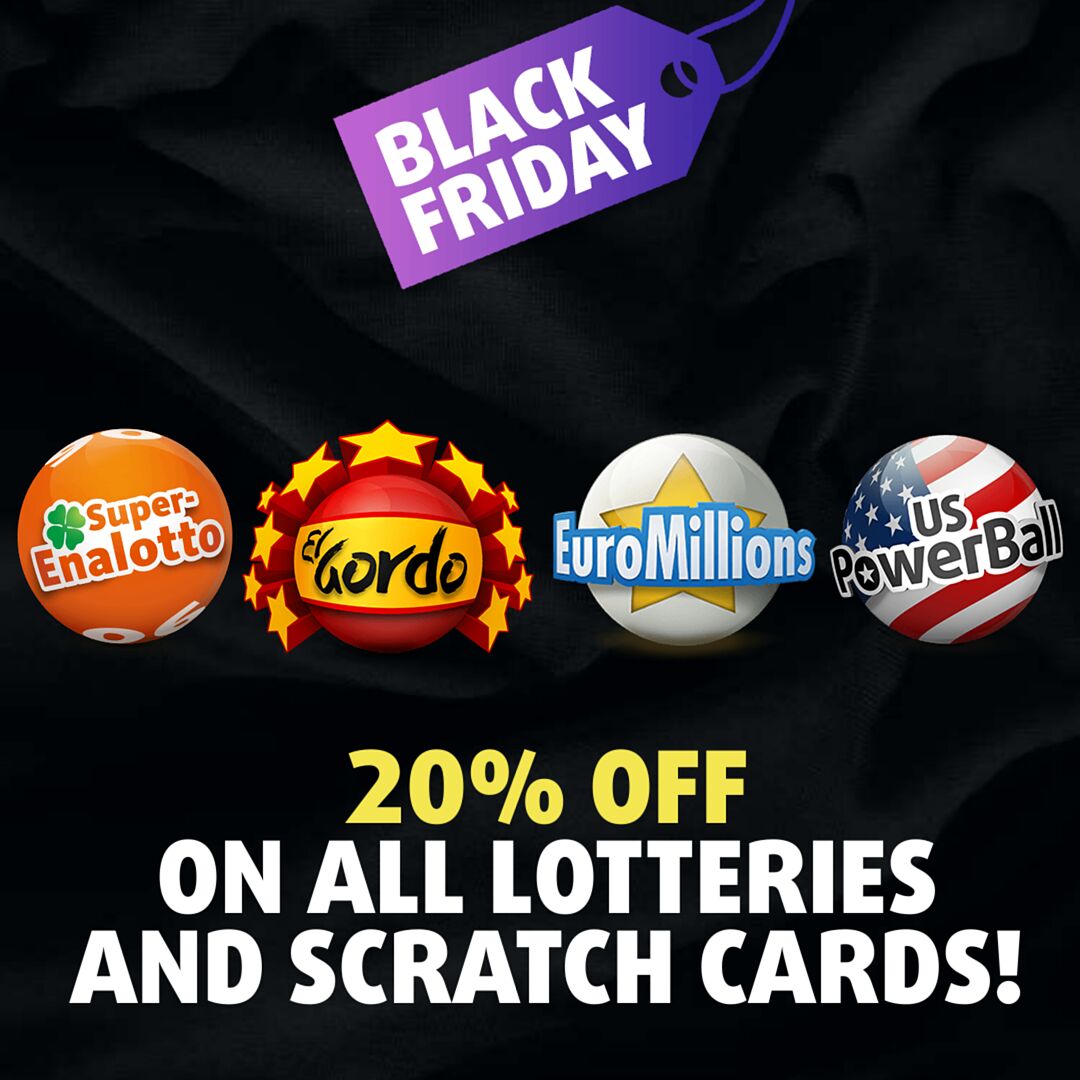 Ahead, find some of our favorite picks and top tips to make sure you get the best value out of this landmark event.

You might have the winning numbers for the next big lottery draw, but remember you still need to play to win! Just click here to get started with this 20% discount.

This offer is only available until midnight on Cyber Monday. So, don’t hold out too long if you would like to take a shot at ending to 2022 with a bang.

Pro tip: There was never a better time grab a bargain, while locking in your lucky numbers with Lottoland’s subscription option. Never miss a winning opportunity and get 20% off on all lotteries and Scratchcards this Black Friday weekend. Click here to get started.

Lottoland is operated by European Lotto and Betting Limited and is licensed by the MGA, license number MGA/B2C/609/2018. Players must be 18 or over. Please gamble responsibly. For help visit rgf.org.mt.

The offer is available to all players by logging in or signing up through the link provided in the article above. The promotion opens on the 25th November and expires on 28th November 2022 at 23:59 CEST. 20% discount is available on Lotteries and Scratchcards only. These terms are supplemental to Lottoland’s Promotional Terms and Conditions which are found here. 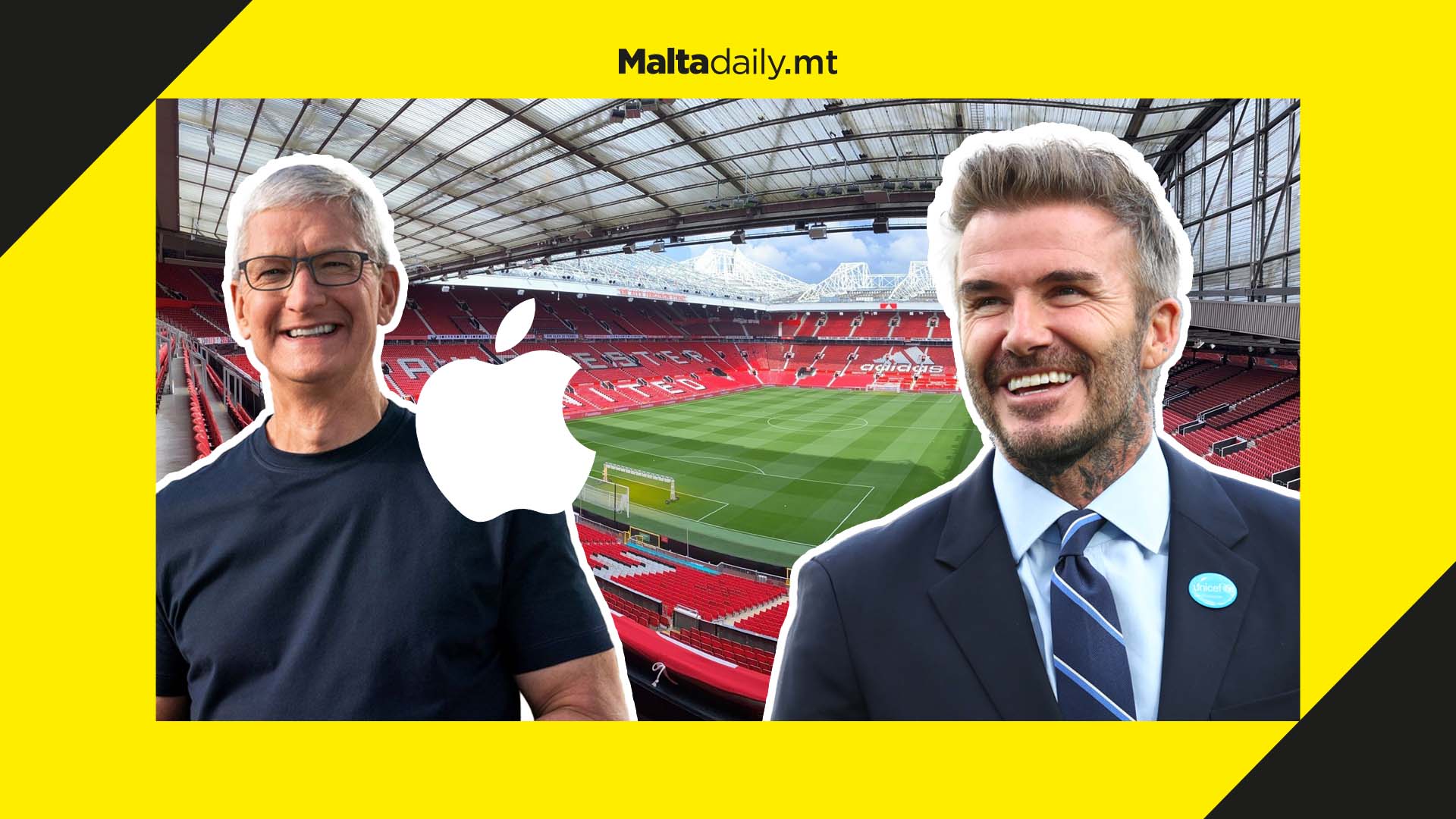 Reports began to emerge of Apple expressing interest in purchasing what is considered the world’s biggest football club for £5.8 billion while Beckham is also reportedly open to engaging in talks with United.

The Manchester United legend and cultural icon is reportedly unable of buying the club on his own but may form part of a larger investment consortium which would come together to strengthen their bid for the Red Devils.

Hey guys, I’m thinking about buying Manchester United!
What do you think?

A few months ago, 34-year-old combat sports icon Conor McGregor expressed interest in purchasing Manchester United in the wake of the controversy generated by the European Super League. On Twitter, he had written “Hey guys, I’m thinking about buying Manchester United! What do you think?”

The Glazers put United on the market on Tuesday after first purchasing it back in 2005 for £790 million.