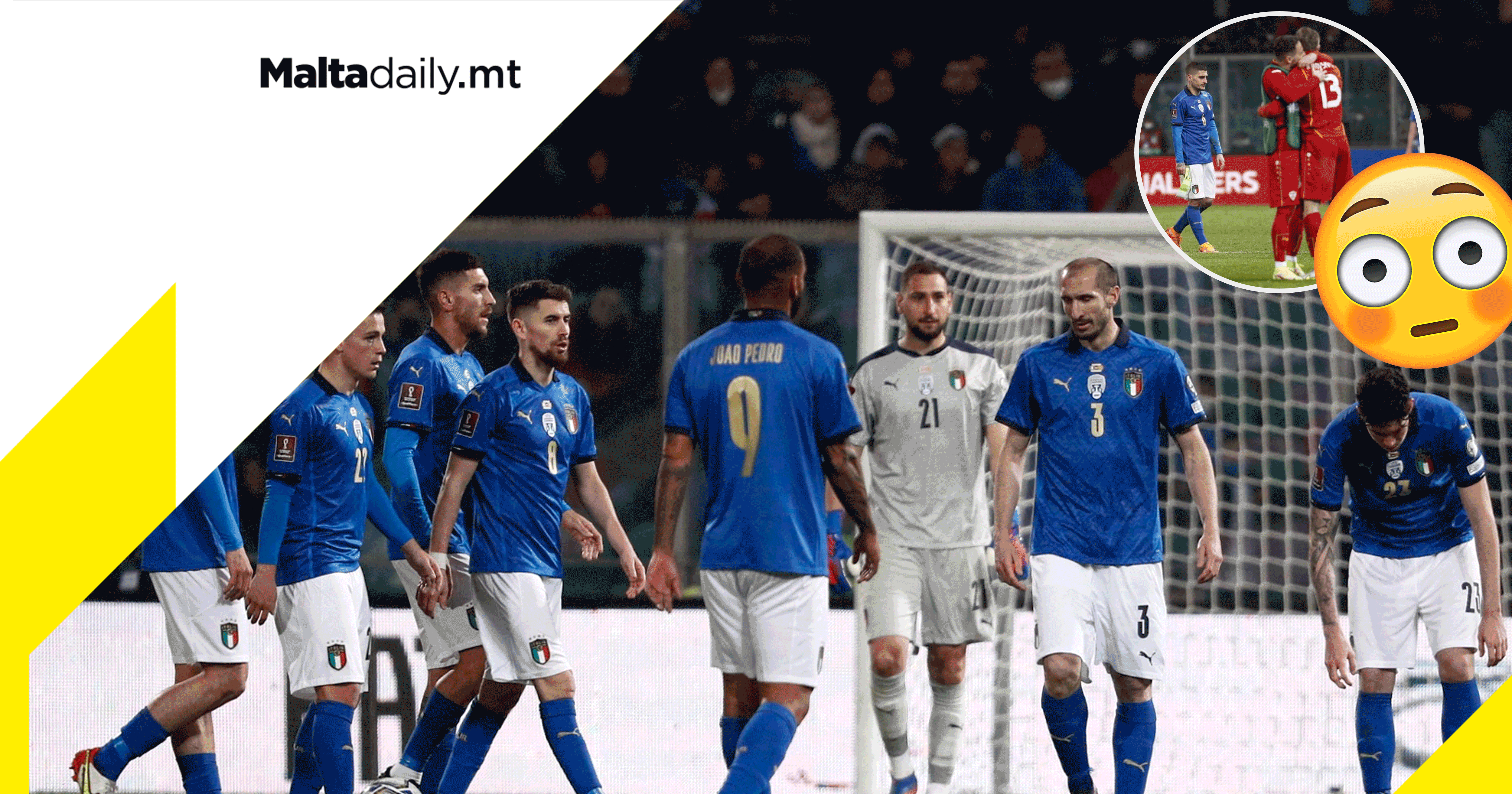 European Champions Italy have gone from cloud nine to World Cup misery once again, in a matter of months. The Azzurri failed to score in a must win game against up and coming side North Macedonia who defended like their lives on the line.

The Macedonians will now be hoping for another surprise win, this time against a Cristiano Ronaldo led Portugal who beat Turkey 3-1. If they manage to beat Portugal, they will go to their first ever World Cup.

The game was dominated by the Italians with them having around 32 shots compared to North Macedonia’s 4 and also winning the battle in possession, gaining 66% of the ball. Unfortunately for Azzurri fans the attack massively let them down with  attackers such as Lorenzo Insigne and Ciro Immobile failing to challenge the goalkeeper and Domenico Berrardi missing numerous chances that could have easily given Italy the lead.

The first goal of the game finally came in the 92nd minute when Macedonian winger Aleksandar Trajkovski stunned the entire football world and managed to find the back of the net. The ball was calmly placed in the bottom left corner, with Italy goalkeeper Gianluigi Donnarumma not being able to prevent it.

This loss will certainly be felt not only by Italians, but  millions of Azzurri fans worldwide. This will mean that Italy’s next potential World Cup match will be in the year 2026, 12 years after their last World Cup match against Uruguay in the 2014 Brazil World Cup.

“Saturday is a test for the PN and the Maltese people”; Bernard Grech addresses PN rally 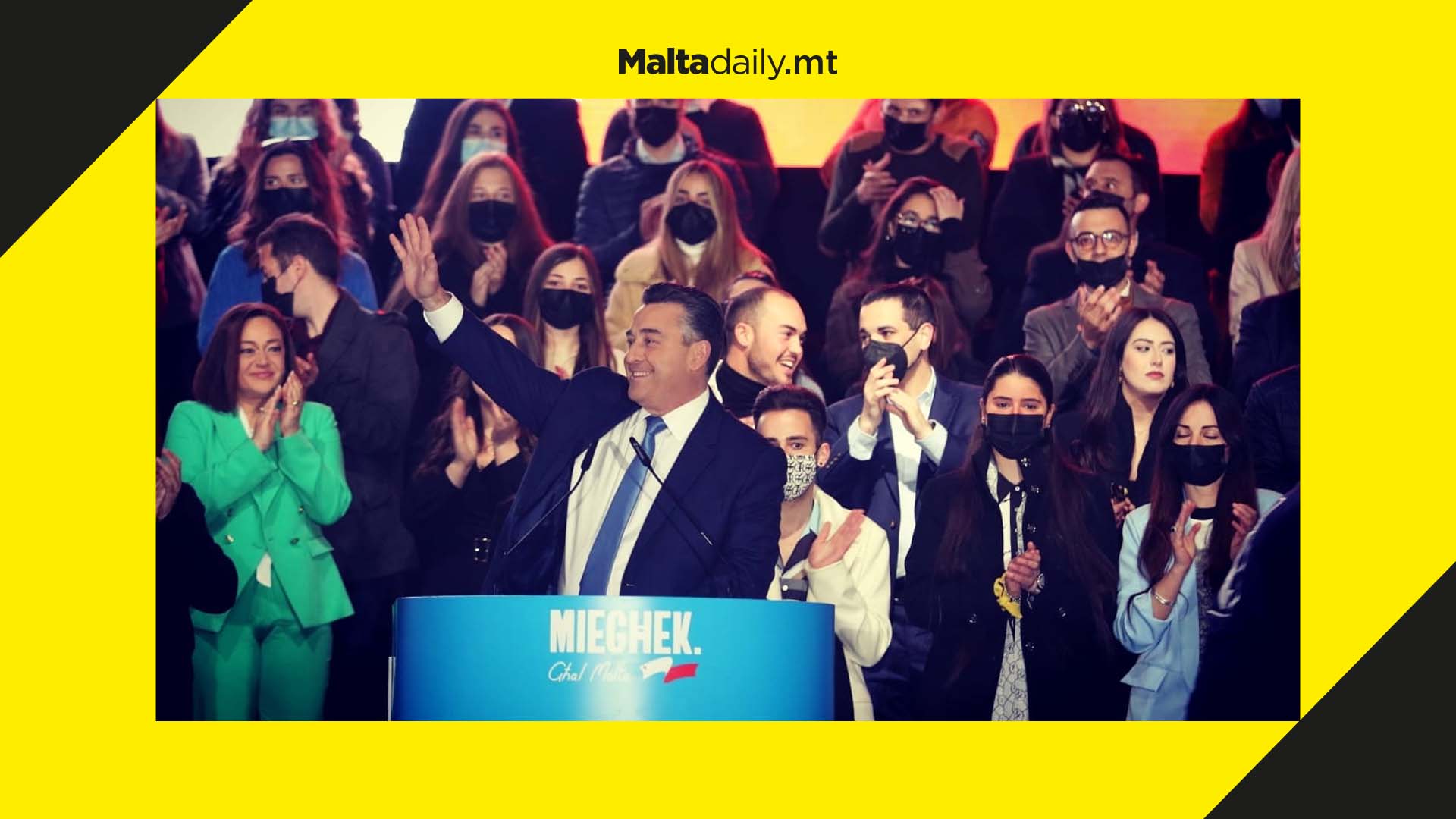 Addressing Nationalist Party supporters in the thousands at St. George’s Square in Valletta, PN leader Bernard Grech said that the people’s ‘test’ is on Saturday, going on to ask whether “we will continue to congratulate the abuse of power which we have seen till today or whether we will say that that is enough.”

Grech stated that the election on Saturday is not only a test for the Nationalist Party but a test for the people of Malta – a decision which they will take to the voting hall. He went on to sarcastically argue that Labour leader and Prime Minister Robert Abela ‘told us’ that he needs €28,000 per month for working weekends, then went on “to take another €80,000 for working during weekends […] then wanted a home in ODZ and use his power to pay the price – we paid the price.”

Referring to recent news that Junior College will no longer require an obligatory pass in core subjects, Grech stated that Abela discarded the Maltese language when changing the requirements, and shrugged the media by refusing to give interviews to journalists.

The PN leader took a brief moment to ‘address the people as a father’, stating that he wants a better Malta for his children and the Maltese people before going on to state that the people cannot fail to realise that democracy in Malta is once again at risk.

“Do not fear, do not let anyone discourage you, this is the hour of the Maltese and Gozitan people.”

What did you think of Grech’s final speech? 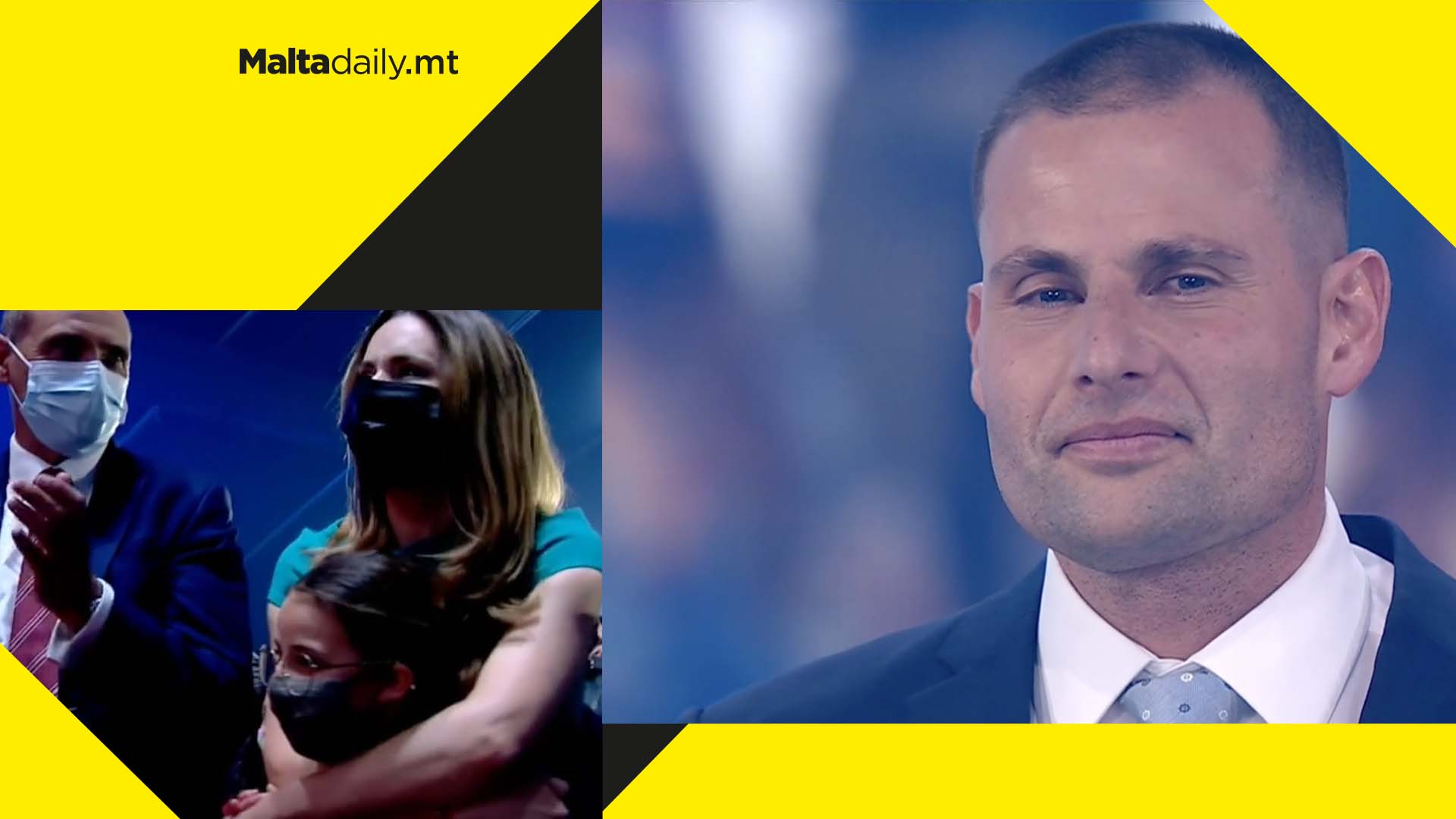 This evening, Labour Party supporters in the thousands took to the MFCC in Ta’ Qali to welcome Prime Minister Robert Abela for his final rally address ahead of Saturday’s official election date.

Upon taking the stage, Abela took a moment to thank his wife Dr. Lydia Abela and daughter Giorgia Mae for their support and inspiration, shedding a tear on stage during a very emotional moment at the Labour rally.

During his speech, the Labour leader stated that the moment has come to decide the future of this country, asking how much do the people truly care about the society they form part of and the potential of the country they live in. He went on to state that the Labour Party is offering faith for Malta, promising to overcome every obstacle as they have done already whilst appealing to the people to look to a future of strength and unity.

Referring to Bernard Grech, Abela asked, if someone is ashamed of claiming his country, “how can he lead it?”

Amid thunderous applause and chants, Abela stated that he alone cannot do anything and requires the trust of the people to continue changing Malta for the better, to nurture unity and go beyond the politics of separation.

Hoping to secure his first official mandate as Prime Minister, Abela stated that he is ready to learn and enact “whilst others remained the same and will continue to remain the same.”

“Don’t believe them when they say they have learned from the past”; PN President Martina Caruana 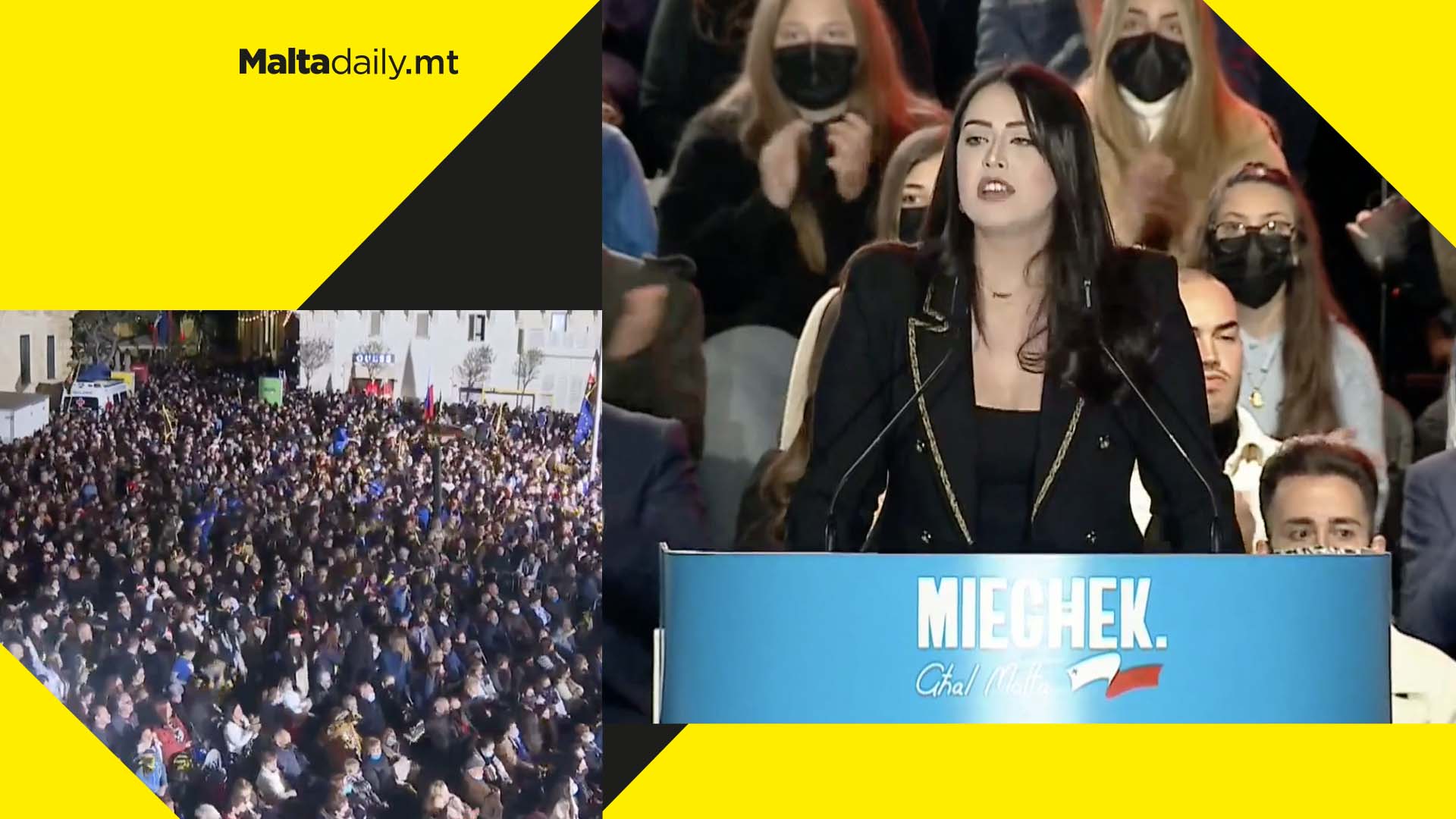 This evening, large crowds took to the streets of Malta’s capital city for one final Nationalist Party rally ahead of the official general election date on Saturday.

During the Valletta event, Nationalist Party President Martina Caruana took to the stage to address the crowds in attendance, telling them not to believe the Labour Party when they say they have learned from the past. The lawyer and policy advisor sarcastically commented on how Labour state that they cherish the environment and support mental health, going on to state that the Nationalist Party truly believes in such causes.

What do you make of these comments? 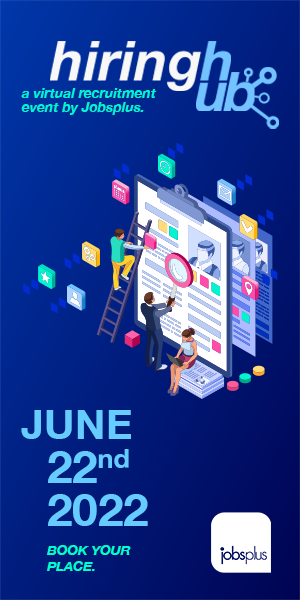