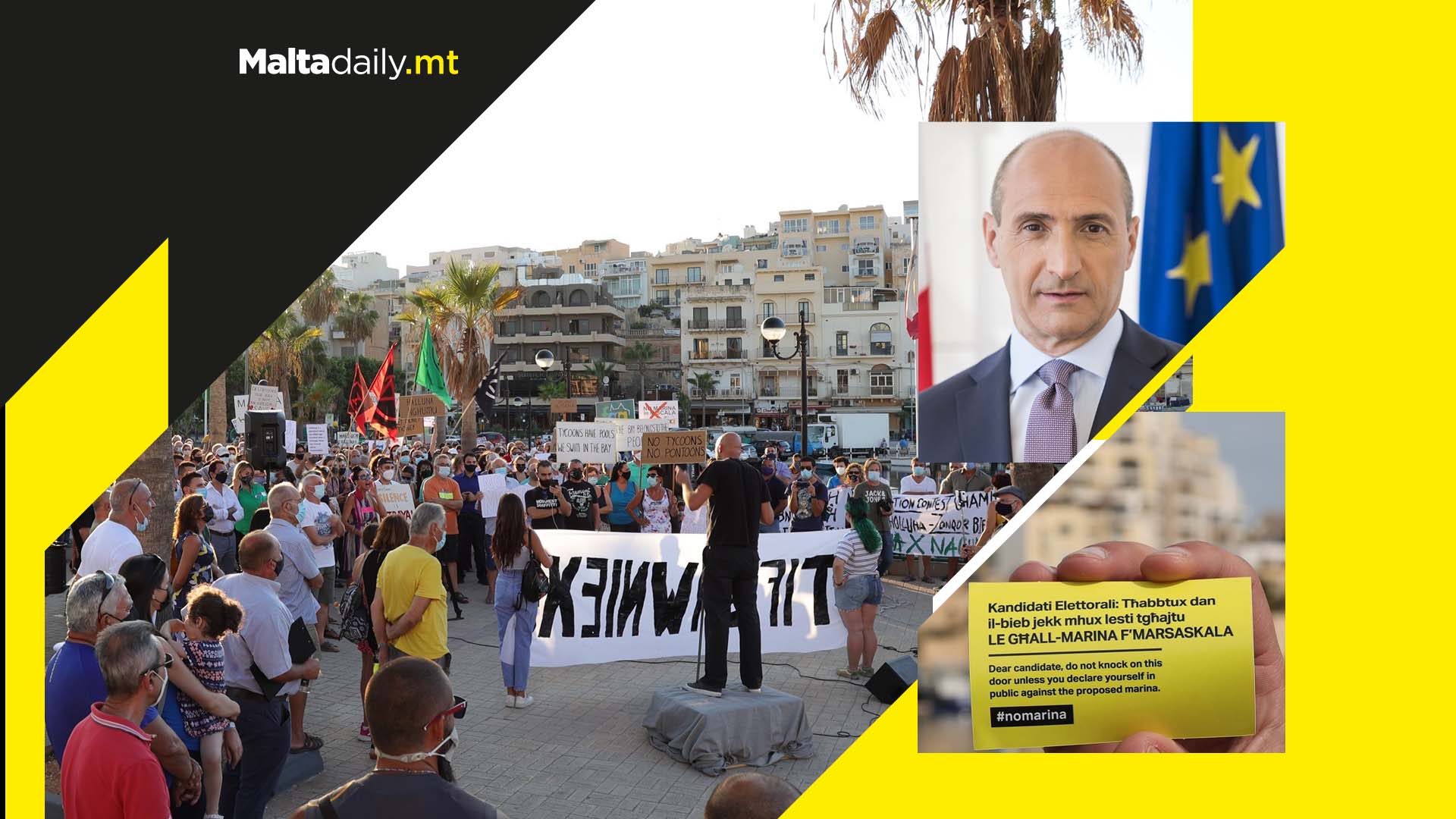 Deputy Prime Minister and Health Minister Chris Fearne came out against the proposed Marsascala marina project, which is set to be built in the third electoral district which Fearne will be contesting. On Monday, Fearne told Times of Malta that he believes the undeveloped area around the bay should remain as it is. Instead, the berthing area should be reorganised, taking into consideration the traditions of the village and all those who have moorings in the bay.

The plans were made public in August after Transport Malta published a pre-qualification document which suggested most of the bay be taken up by pontoons and yacht facilities. Following this, protests in opposition were a regular occurrence. When asked, Fearne said that he believes that the part of Marsascala which is undeveloped and where residents can enjoy swimming, recreation and fishing should remain undeveloped. ‘On the other hand, the part of the Marsascala Bay where there are moorings should be reorganised with respect to those who have their moorings there’ he said.

Fearne went on to say that the government acknowledges the importance of natural zones in the south, and that it had announced an afforestation project which will be carried out over the next five years in the Inwadar area which extends to Żonqor. However, Transport Minister Ian Borg, Fearne’s cabinet colleague and who is responsible for the project, refused to take a similar stance as Fearne. He said that the public opposition to plans to build the marina in Marsascala was part of a Nationalist Party candidate’s bid to get elected on the district.

Borg said he was not obliged to campaign for a Nationalist Party candidate. ‘The local plans that were devised by the PN in 2006 are the local plans that govern the country today and these say that a marina can only be built in two places, in Marsascala and Xemxija’.

‘Ive met the council but I’m not going to be a canvasser for a PN candidate in Marsascala’ he said. The locality’s council minority leader John Baptist Camilleri was one of the first people to bring the plans into public eye and has been campaigning against it. He is also contesting as a PN candidate in the third district in the general election.

When asked about his personal stance, Borg said that it was not a matter of personal opinion. ‘I am the minister of the entire industry and I do what is needed in the widest possible sense, including meeting with the local council, which I did’ he said. This also follows a movement among protestors and those who oppose the marina which sees residents placing yellow squares on their doorbells, warning party politicians to stay away unless they planned to oppose the marina plans. 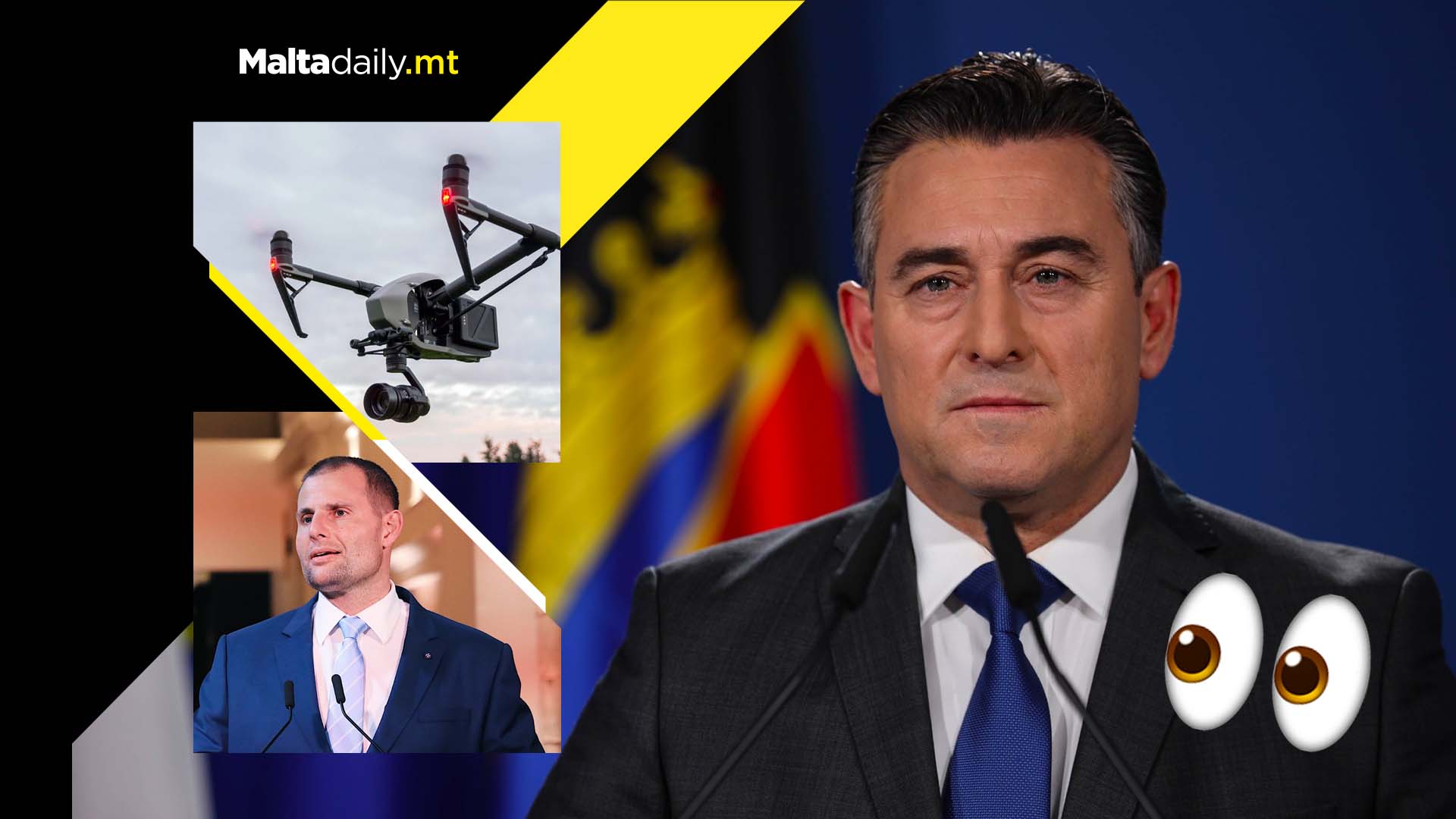 Opposition Leader Bernard Grech has accused current Prime Minister Robert Abela of ordering Labour media to fly a drone over his home and film. Grech made the claim on Facebook, saying that he believed the drone was part of Abela’s attempt to deflect attention away from questions about property deals which Abela undertook as a lawyer.

‘Instead of answering legitimate questions by journalists over his suspicious deals, he ordered One News to invent a story about me’ claimed the PN leader. This follows a statement by Abela made on Monday that the media should look at the ‘villa with a pool’ built by the Opposition leader with a €6,000 yearly income.’

A PN spokesperson went on to state that the Grech family noticed a drone flying over the family home earlier that day at around 4:45pm. The PN leader said he had nothing to hide, and that he and his family had worked on their home for decades.

‘Unlike Robert Abela, I have nothing to hide’ said Grech, going on to state that he never ‘received anything from any criminal.’ He concluded his statement by pushing the prime minister for a debate. 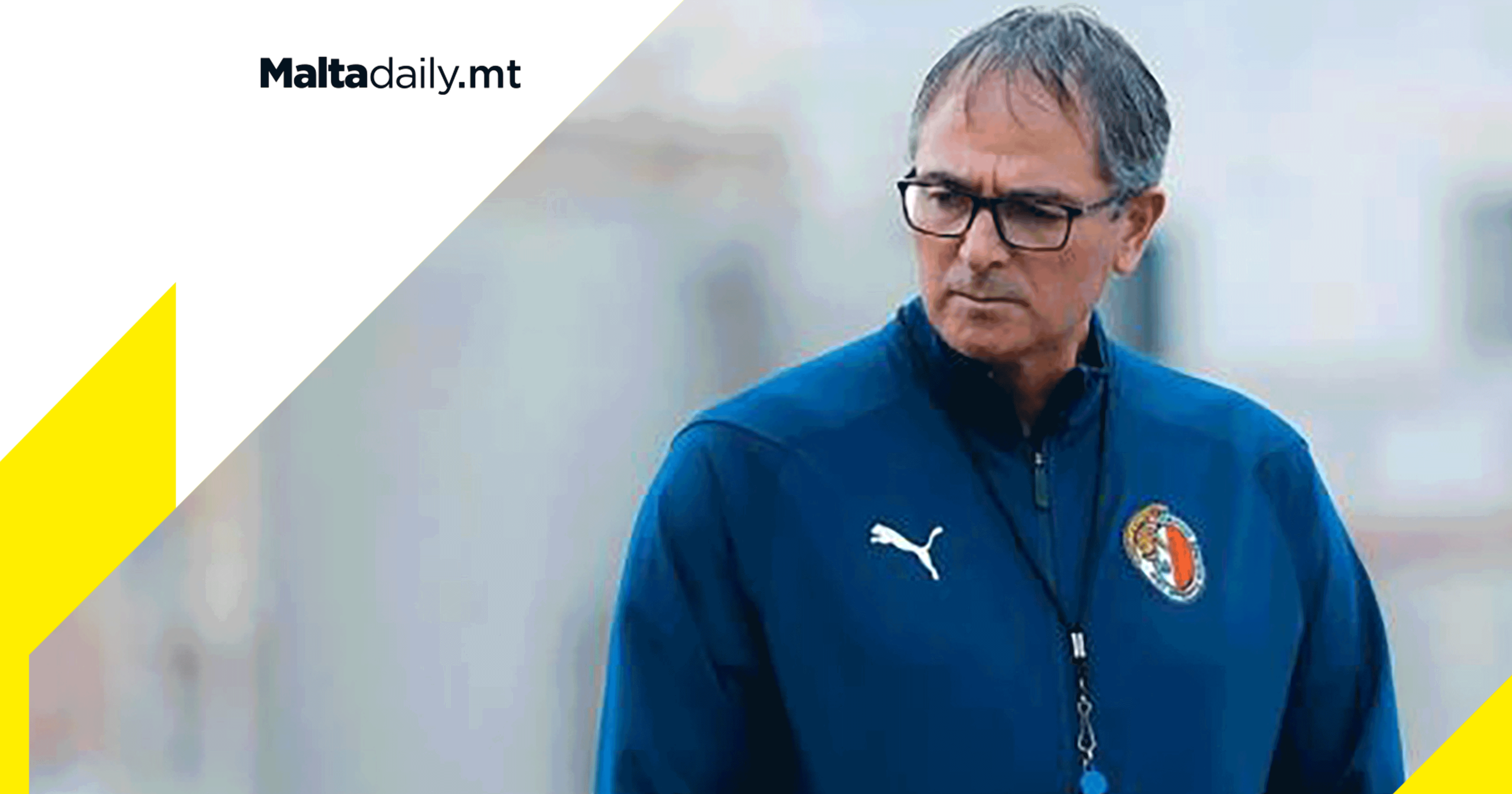 This comes after a  disappointing start to the season which sees the Spartans sitting in 5th place of the table, despite heavy financial backing from president Joseph Portelli and some big name signings like Luke Gambin. The decision to fire the coach was reportedly made after their unexpected 1-0 loss to Gudja last night.

Hamrun have since released a statement to their various social media accounts saying “The club wishes to announce that it has reached an agreement for the consensual termination of the contract with coach Mark Buttigieg,”

“The club wishes to thank Mr Buttigieg for the extraordinary work done, culminating with the conquest of the BOV Premier League last season.

“The coach joined Ħamrun Spartans last season and was instrumental with his technical and leadership skills which together with the arrival of Joseph Portelli contributed immensely to the winning of the league trophy immediately in the first season.

“Mark Buttigieg will remain forever in the history of our club.”

It is still left to be seen who will be Mark’s successor with no candidates known as of now or if maybe president Joseph Portelli might be looking abroad for a replacement.

Valentine’s Day has quite the bloody and bizarre history 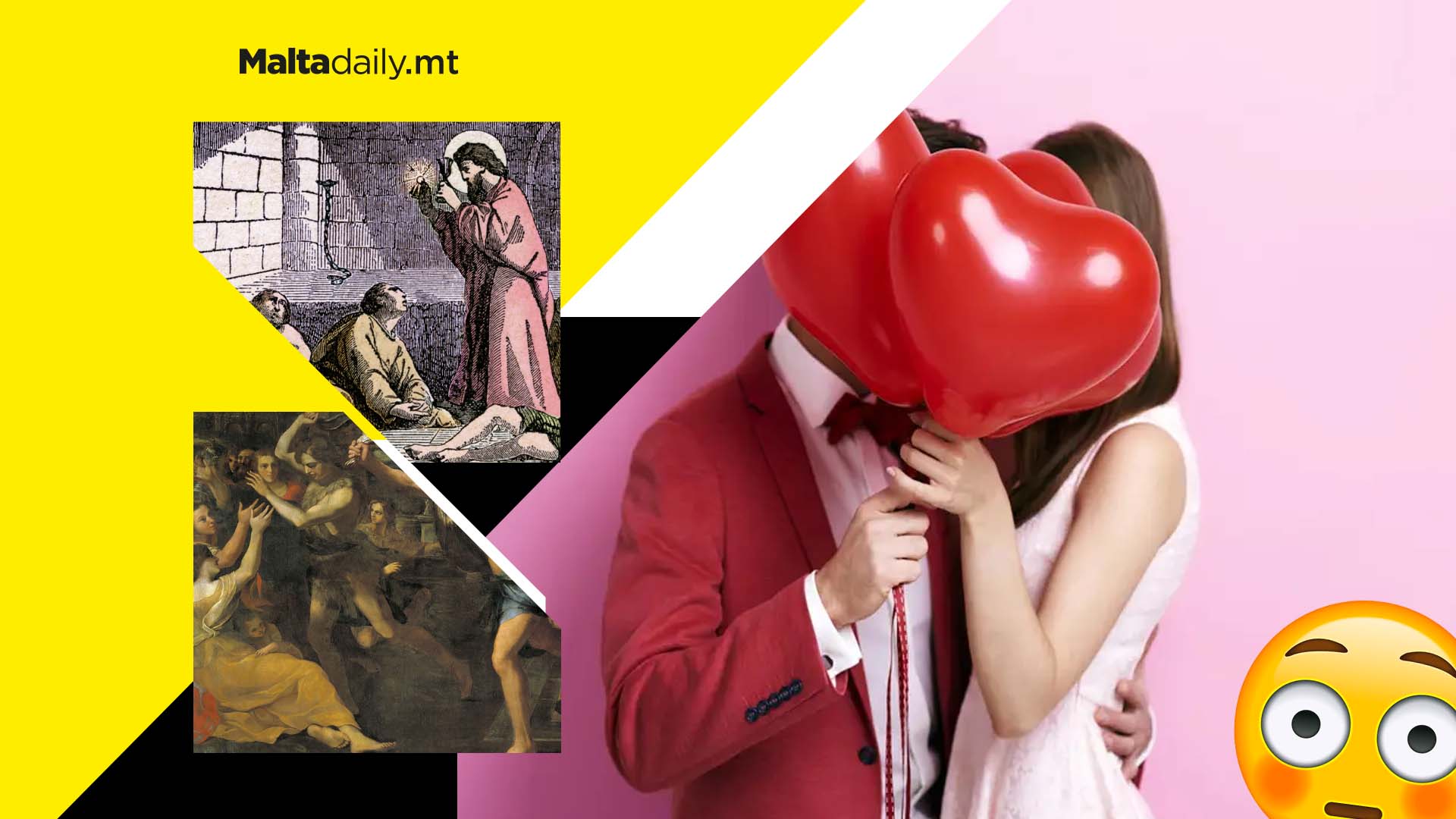 The colour red is highly associated with Valentine’s Day – the roses, the hearts and the teddy bears donning scarlet. However, the colour red might be associated to the holiday in a far gorier and bloodier fashion as the holiday has a history of beheadings, martyrdom and power-hungry emperors.

Valentine’s Day is a celebration of Saint Valentine, a martyr within the Catholic Church. However, Saint Valentine might have been one of three  Valentines, all of whom died under Emperor Claudius II.The first one was allegedly a romantic and rebellious priest who went against the emperor’s order to ban soldiers from marrying as Claudius believed that single men made better troops.

This Valentine married them in secret, leading to his beheading upon being caught. The second Valentine was also beheaded, with the third being arrested for helping Christians escape Roman prisons.Due to a lack of historical records, it is difficult to tell whether Saint Valentine was one or all three of these men. As with legends and other such events, the Valentines were moulded into one celebration.

Some have suggested the holiday is there to commemorate the saint’s death but others have argued that it is a replacement for the festival Lupercalia. This was a Roman fertility festival, in which which priests would gather at a cave where the founders of Rome, Remus and Romolus, were said to have been raised by a wolf.

Here animal sacrifices- possibly of goats and dogs – were allegedly carried out, followed by some bizarre rituals carried out to increase fertility. Again, take all this with a grain of salt. Today, the holiday is estimated to cost people around £40 on average on Valentine’s day. It was found that around one in ten people claim to buy their partners flowers, but let’s be honest – that’s better than sacrificing a goat for them.