BREAKING: Free public transport to all Maltese citizens as of October 2022 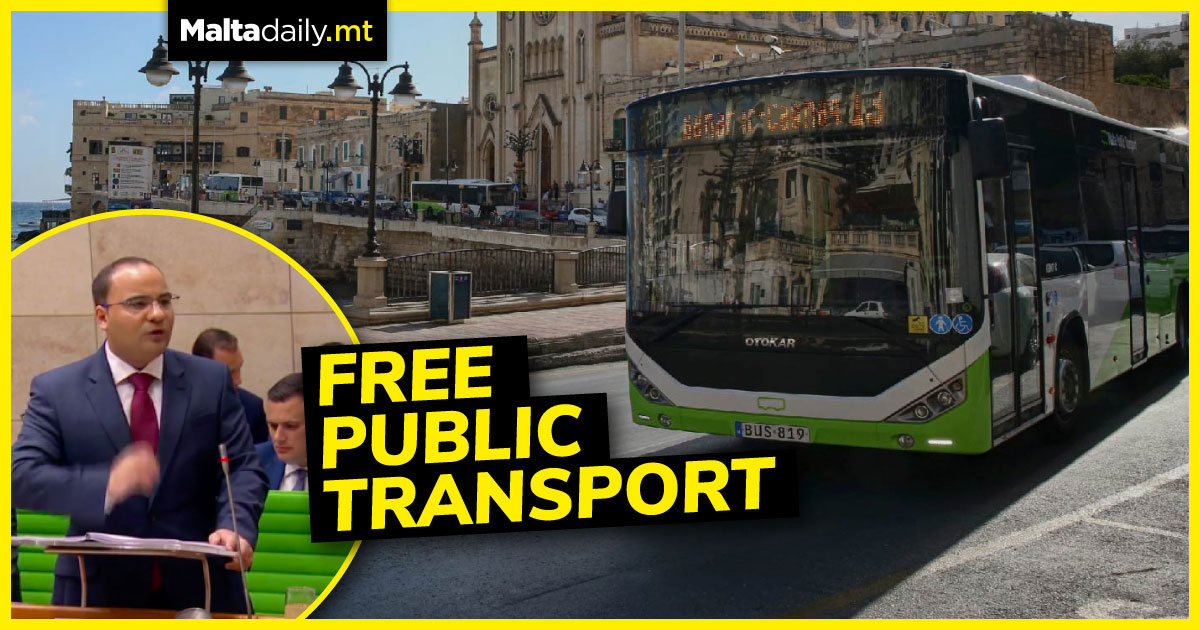 During today’s Budget 2022 speech addressed by Minister for Finance and Employment Clyde Caruana, it was revealed that as of October 2022, the government will provide free public transport to every single Maltese & Gozitan citizen and residents of the Maltese Islands.

In the first sub-article of Article 6 titled ‘Malta Moderna’, Caruana highlighted that the government has always provided measures  which consider practical solutions towards perennial problems and stated that ‘the time has come to take the next step in Malta’s transport sector to address traffic congestion’.

The Minister stated that ‘after the disaster created by others’, it was this government which applied a sensible approach towards the transportation sector. By providing free transport to all citizens, Malta will become the second European country to invoke such a measure. This means that citizens who utilise public transport everyday will save over €300 thanks to such a measure.

With ongoing discussions surrounding Malta’s metro system and free transport for all as of October 2022, could Malta’s transport and mobility sector truly be heading in the right direction?