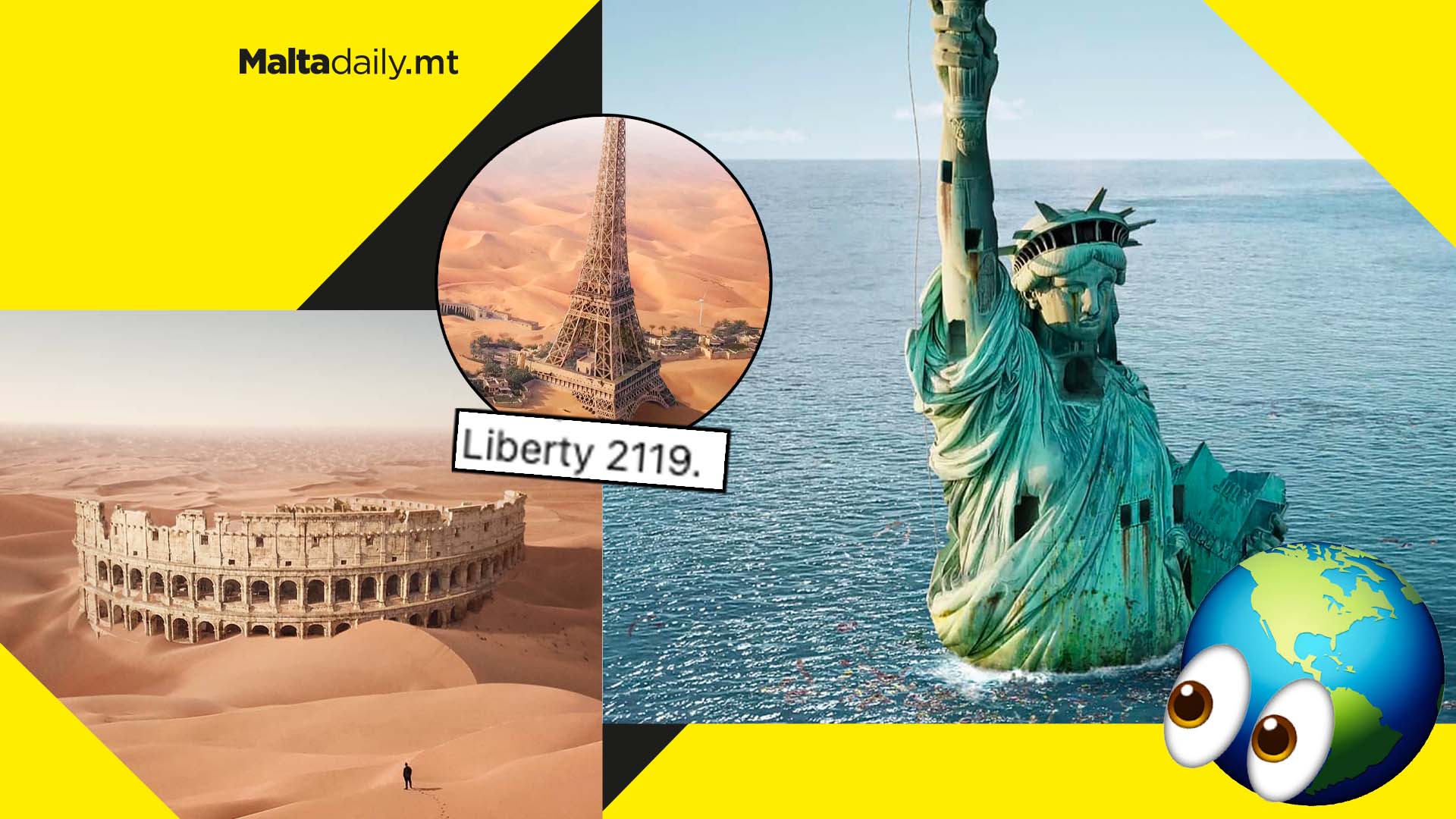 We’ve been hearing about the threats of climate collapse, global warming and environmental degradation for years. But it seems as though not enough people are grasping the potential consequences of these very real threats.

And that is what French photographer and digital artist Fabien Barrau seeks to achieve through their bizarre Instagram page.

Posing as someone travelling back from the future, going as far as 2476, Barrau depicts iconic landmarks and cities as having been overcome by the worst (at least for us) nature can offer.

Barrau created images which show how planet Earth could look like just a few hundred years from now. Among them are an image of a flooded Statue of Liberty, the Eiffel Tower covered in sand dunes and cities consumed by overgrowth.

Another image shows whales peacefully swimming alongside a now flooded Arc de Triomphe. The images may show a new beginning for nature without us, but for humans worldwide, the images serve as a chilling threat.

The captions for the images are usually written as; ‘I’m coming back from the future’. They then add a city/area and a futuristic date like 2219 or 2476. It’s an urgent warning for all of us to find more climate and environment friendly ways of living.

World powers and leaders have been highlighting the impacts of climate change, making vows towards carbon neutrality. However, scientists have been pushing for more change to occur quicker as they warn the disaster is right at our doorstep. 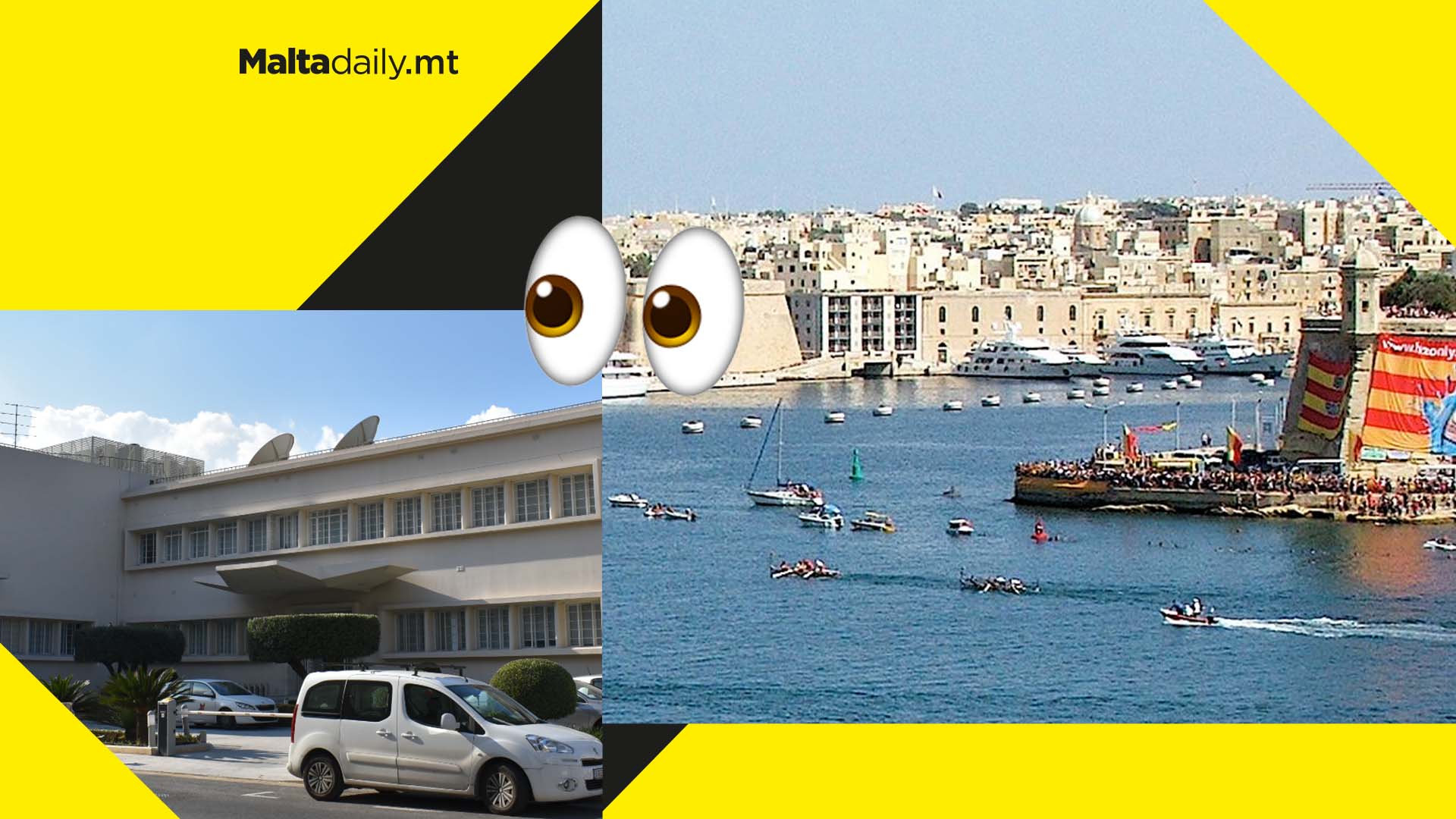 This newsroom is informed that the Malta National Regatta’s organisation is considering legal action and cancellation after being refused broadcasting by national broadcaster PBS.

In a statement posted by the Regatta organisation it was stated that, as opposed to the regular understanding, the PBS is refusing 2008 Maltese Law Number 951 Chap. 350 (10) which gives the March and September Regatta events the right and power to be broadcasted directly on Malta’s national station.

The Regatta’s organisational structures have stated that such an outcome directly impacts the event, especially when one considers that the March Regatta already faced issues when a number of ships were booked for docking without consultation. The organisation did state, however, that Transport Malta remedied the situation by reaching an agreement with the sporting association.

“When one considers the importance of the Regatta related to sports, traditional and culture as a national activity, it is definitely not beneficial for the Regatta to find such obstacles from governmental departments who are supposed to do everything in their power to provide the event the necessary support,” the statement said.

Malta Daily is informed that the National Regatta Organisation is considering cancellation of the event out of protest towards the concerned departments’ attitudes. 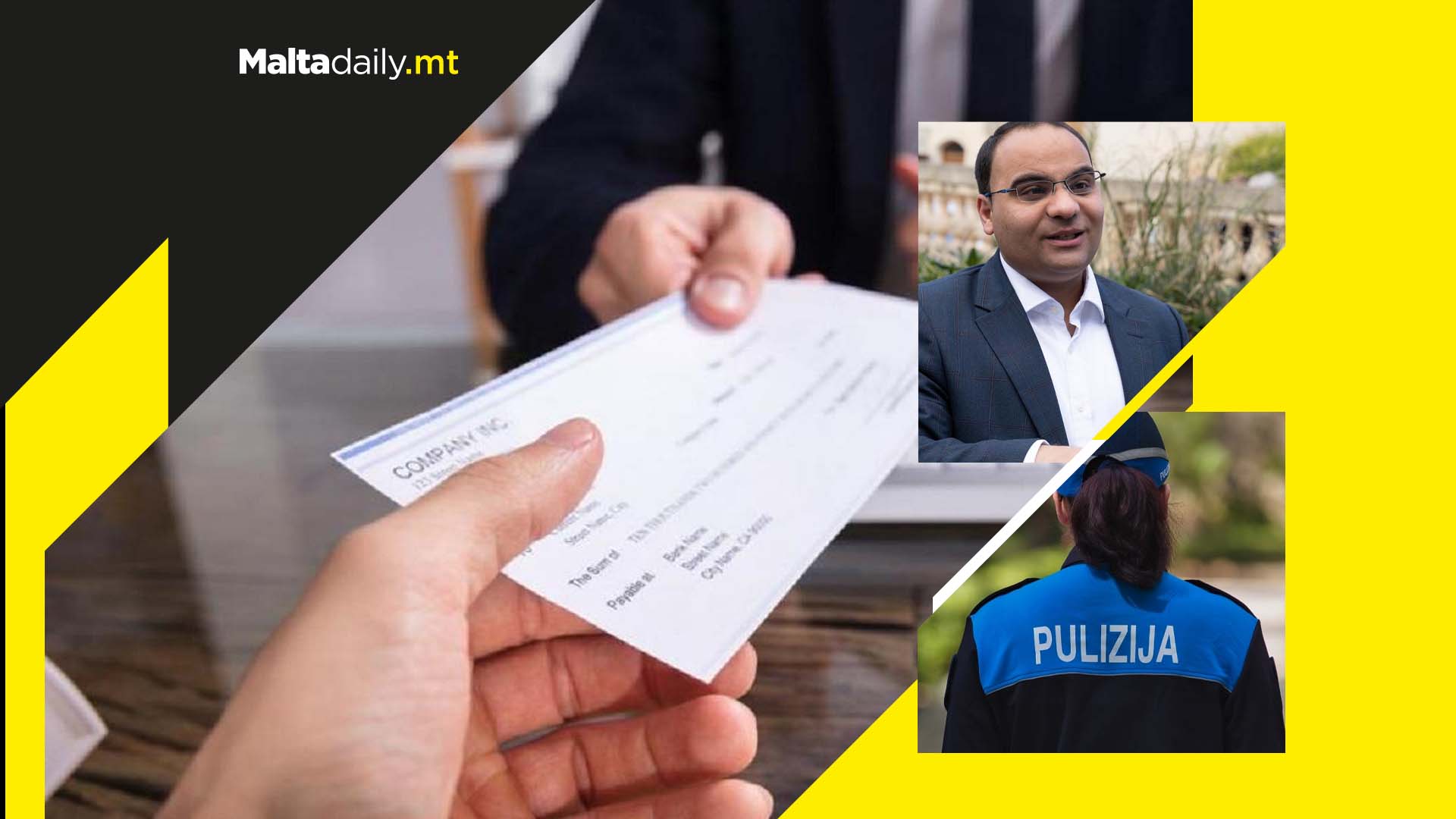 A spokesperson for the police corps told Times of Malta that the police do not consider the government sending out cheques on the eve of a general election a corrupt practice under Maltese laws.

This comes after Opposition leader Bernard Grech said he expected an investigation into the cheque scheme during a visit to the Naxxar counting hall. He said that ‘nowhere in the world do you get a prime minister sending cheques 10 days before an election.’

With electoral laws forbidding candidates from influencing voters through gifts, the police however shut down the prospect of an investigation into Prime Minister Robert Abela and Finance Minister Clyde Caruana.

This was after a leaflet accompanying the cheques sent out to 380,000 people in Malta and Gozo was signed by the two politicians. A spokesperson for the PN pointed out that a report to the electoral commission had already been filed by independent candidate Arnold Cassola.

The police quoted electoral laws, saying that they do not consider the issuing of cheques by the government as a corrupt practice ‘in terms of Chapter 102 and Chapter 354 of the Laws of Malta.’

Caruana denied vote-buying claims during the campaign by arguing that the government had committed to send out the cheques prior to the election being called. The tax refund cheques are sent out yearly, with this year’s refund being the earliest the cheques have ever been issued.

Apart from these cheques, the government also sent out cheques ranging between €100-€200 in what was said to be a bid to mitigate rising prices. 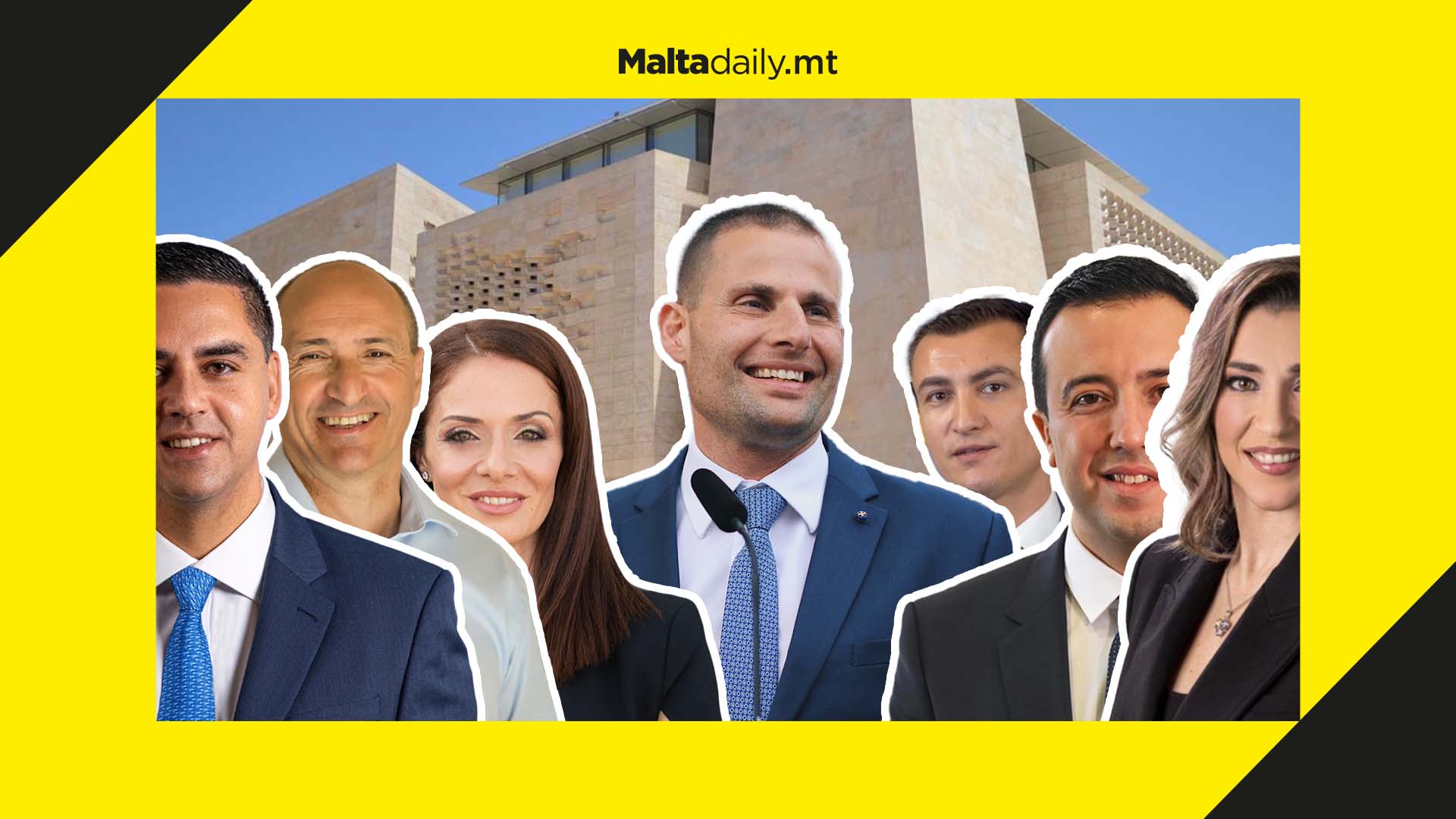 After securing a landslide electoral win and being sworn in as Prime Minister on Monday, Robert Abela’s next order of business is announcing his Cabinet for the upcoming legislature.

As Malta’s newly-elected MPs eagerly await the Prime Minister’s call to see if they are handed a ministerial portfolio, Abela himself is expected to announce the cabinet tomorrow. His 2020 cabinet was the largest in history with 17 ministers and eight parliamentary secretaries and here’s what we think and/or expect the Cabinet will look like during the upcoming legislature.

What immediately comes to mind is who will be Abela’s pick to replace José Herrera and Evarist Bartolo, who failed to get elected last weekend and announced their retirement on Monday. Herrera was responsible of the Culture Ministry whilst Bartolo was responsible of Foreign Affairs, with the latter post carrying a fair amount of weight amid the current Ukraine-Russia crisis and international uncertainty.

The now-vacant Culture portfolio may be granted to a newcomer like Alison Zerafa Civelli, with multiple sources suggesting that she could be given an immediate place in Cabinet. Despite being a Parliamentary newcomer, Zerafa Civella has a fair amount of political experience, serving as a Bormla councillor since 2009 and mayor since 2013 whilst also holding a deputy chairperson role within infrastructure Malta.

No Cabinet announcement comes without its shock change-ups and Fearne’s shift would definitely come as a surprise, especially with the Deputy Leader being heavily praised for his handling of the COVID-19 pandemic and becoming Malta’s most popular candidate (beyond the two party leaders) with 12,640 combined votes on both districts. A move for Fearne would leave the Health portfolio up for grabs but it remains to be seen who could be touted as a potential replacement.

Meanwhile, politicos and media outlets alike have been speculating somewhat of a change-up within Malta’s more demanding ministries such as Justice, Tourism, Environment, Energy & Transport and Infrastructure.

Meanwhile, purely for banter reasons, one cannot help but imagine what would happen if Ian Borg was appointed Minister for the Environment. OK, so hear us out: while Borg may not have been everyone’s favourite, he was of the Labour Party’s best performing candidates and if he had to take his #GettingThingsDone approach to Malta’s environment… who knows.

Miriam Dalli is also expected to be given a top ministry following her tenure as Minister for Energy, Enterprise and Sustainable Development. Not only did Dalli resign from her European Parliament post to return to the Labour Party structure as MP and Minister, but the popular politician also happens to be the only woman to be elected from two districts.

Earlier today, Newsbook.com.mt reported that Clint Camilleri may have been touted to hold the Infrastructure portfolio, also suggesting that doctor Jo Etienne Abela could occupy the Health Ministry

While a considerable amount of change-ups is to be expected with any cabinet announcement, we predict that some of Malta’s top ministries are likely to be occupied by the same people. After being appointed Minister of Education just over 3 months ago, Clifton Grima will probably stay on, especially after being elected on two districts and securing 7,031. Likewise, Silvio Schembri will probably stick around as Minister for Economy, as will Clyde Caruana as Finance Minister after a reputable tenure since being co-opted into Parliament in October 2020.

Labour powerhouse and Gozitan favourite Clint Camilleri is also likely to remain Minister for Gozo whilst fellow Gozitan and party veteran Anton Refalo will most probably hold his title as Minister for Agriculture, Fisheries, Food and Animal Rights.

After securing 5,311 votes on both districts and holding a respectable tenure as Minister for Social Accomodation, it would also make sense Roderick Galdes to hold his post.

The gender corrective mechanism was enacted into law and comes into effect when a gender has under 40% of representation within a Parliament made up of two political parties.The mechanism initially came into place to increase the number of women in Parliament due to Malta’s worryingly-low rates of elected female politicians, but despite this, may have served as a double-edged sword.

Of Malta’s 13 best-performing candidates, none of them were women. With the Prime Minister’s repeated call for more inclusion and increased opportunities, one cannot imagine a one-sided Parliament under Robert Abela. Former Parliamentary Secretary Rosianne Cutajar could find her way into parliament through the mechanism or casual election, as could Alicia Bugeja Said, who holds a PhD in Anthropology and Conservation from the University of Kent.

Here’s a breakdown of the best performing candidates from Malta’s two major parties: