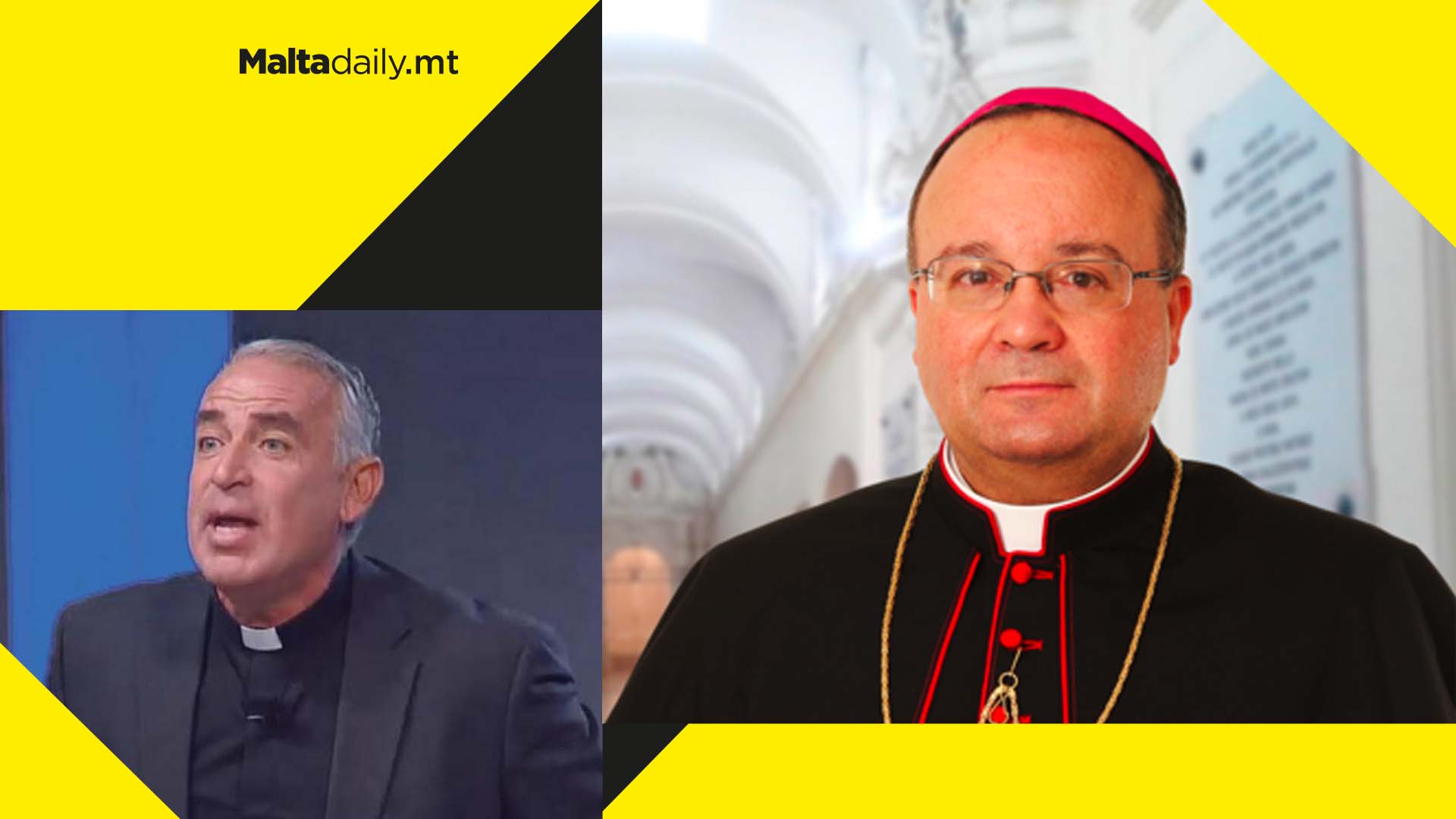 Archbishop Charles Scicluna has issued an apology over Fr David Muscat’s homophobic comments and pledged to take steps to prevent such incidents from repeating.

Celebrating daily mass on Thursday morning at the Chapel of Our Lady of Manresa within the Curia, the Archbishop addressed the controversy and made it clear that the comments by Muscat were condemnable.

Fr Muscat had commented on a Facebook post saying that the possibility that Paulina Dembska’s suspected murder Abner Aquilina being gay or bisexual was a disorder worse than sickness or even possession.

In his homily, the Archbishop referred to the first reading at mass from the First Letter of Saint John, which Staes that “whoever claims to love God yet hates a brother or sister is a liar. For whoever does not love their brother and sister, whom they have seen, cannot love God, whom they have not seen.”

He asked for forgiveness by those who felt betrayed by the church, promised action and asked the faithful for their prayers to help him in his duties.

The controversial priest caused massive outrage through his comments, inciting a call by ministers, activists and individuals for the Archbishop to take action for the insult. 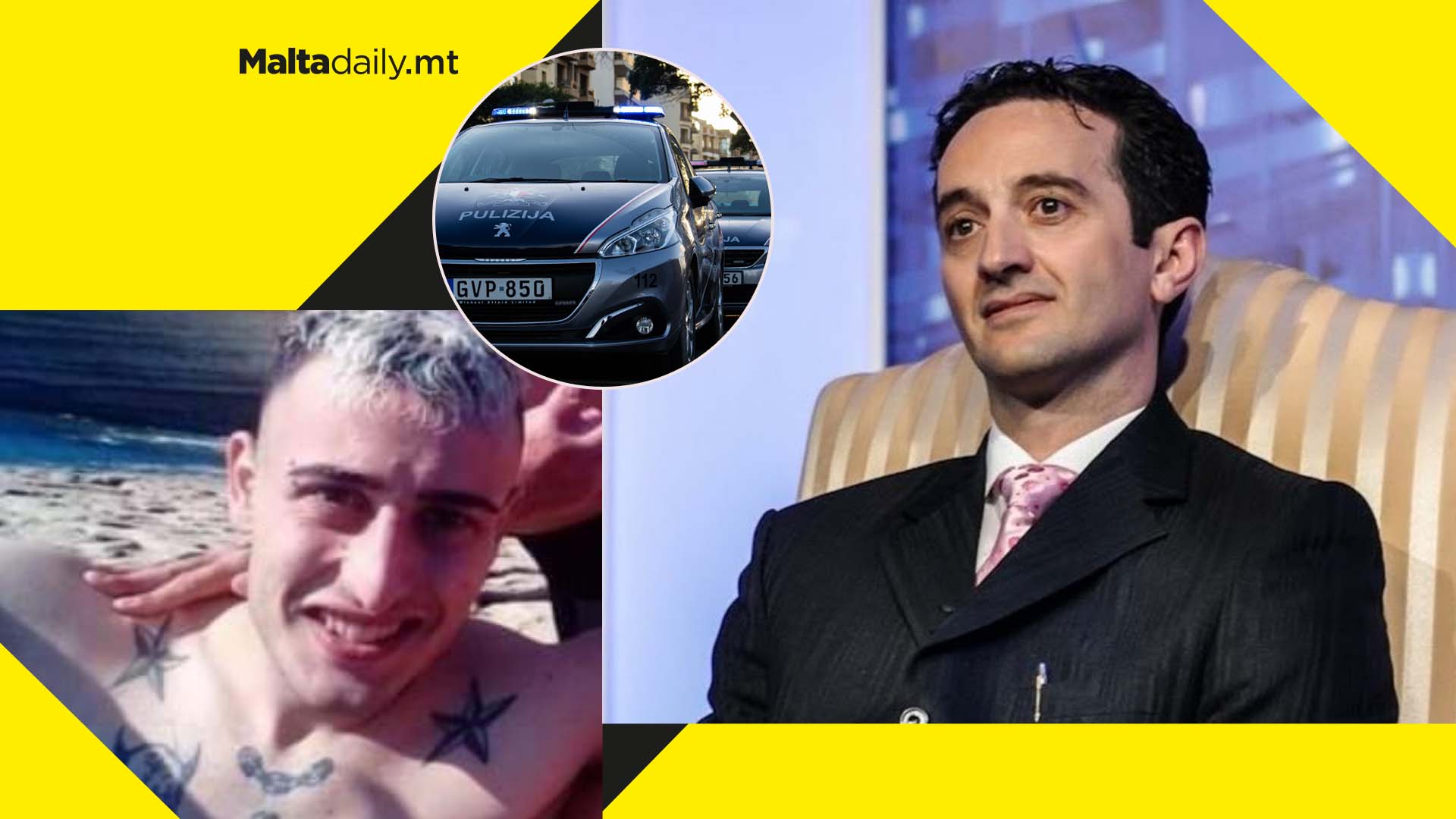 Police have questioned several members of the evangelical Christian group River of Love following the possible links murder suspect Abner Aquilina had with the group.

Aquilina was arrested as the prime suspect of the murder of Polish student Paulina Dembska on the 2nd of January in a Sliema public garden. Dembska was raped and strangled according to an autopsy and no link was established between her and Aquilina.

Aquilina’s interrogation was suspended after he was referred to Mount Carmel Hospital. Investigations are attempting to establish Aquilina’s movements prior to the murder, with leads showing the likelihood of Aquilina attending a River of Love ceremony just before the tragedy.

On Thursday, Times of Malta reported the police questioned several members of the organisation, with one eye witness telling the newspaper that Aquilina attended a River of Love ceremony the night before Dembska was murdered.

It is understood that Aquilina allegedly joined members of River of Love for a Żejtun gathering and was meant to sleep over at a church member’s house but did not do so. A family member of Aquilina also told Times of Malta that the accused firs mentioned of the church around two years ago.

With footage on social media showing Aquilina accompanying members of the Christian Group on New Year’s Eve at Xrobb l-Ghagin two days before the murder, the family member also said that Aquilina was urged to seek help in dealing with severe drug addiction. However, upon attending River of Love, a family member claimed to have witnessed ‘brainwashing’ first hand.

River of Love pastor Gordon Manche distanced the church from Aquilina and said that they always cooperate with police when questioned about such interrogations.

In reference to the controversy, the pastor posted to Facebook saying that ‘when everybody is just yelling, it’s mos likely that nobody is listening.’ 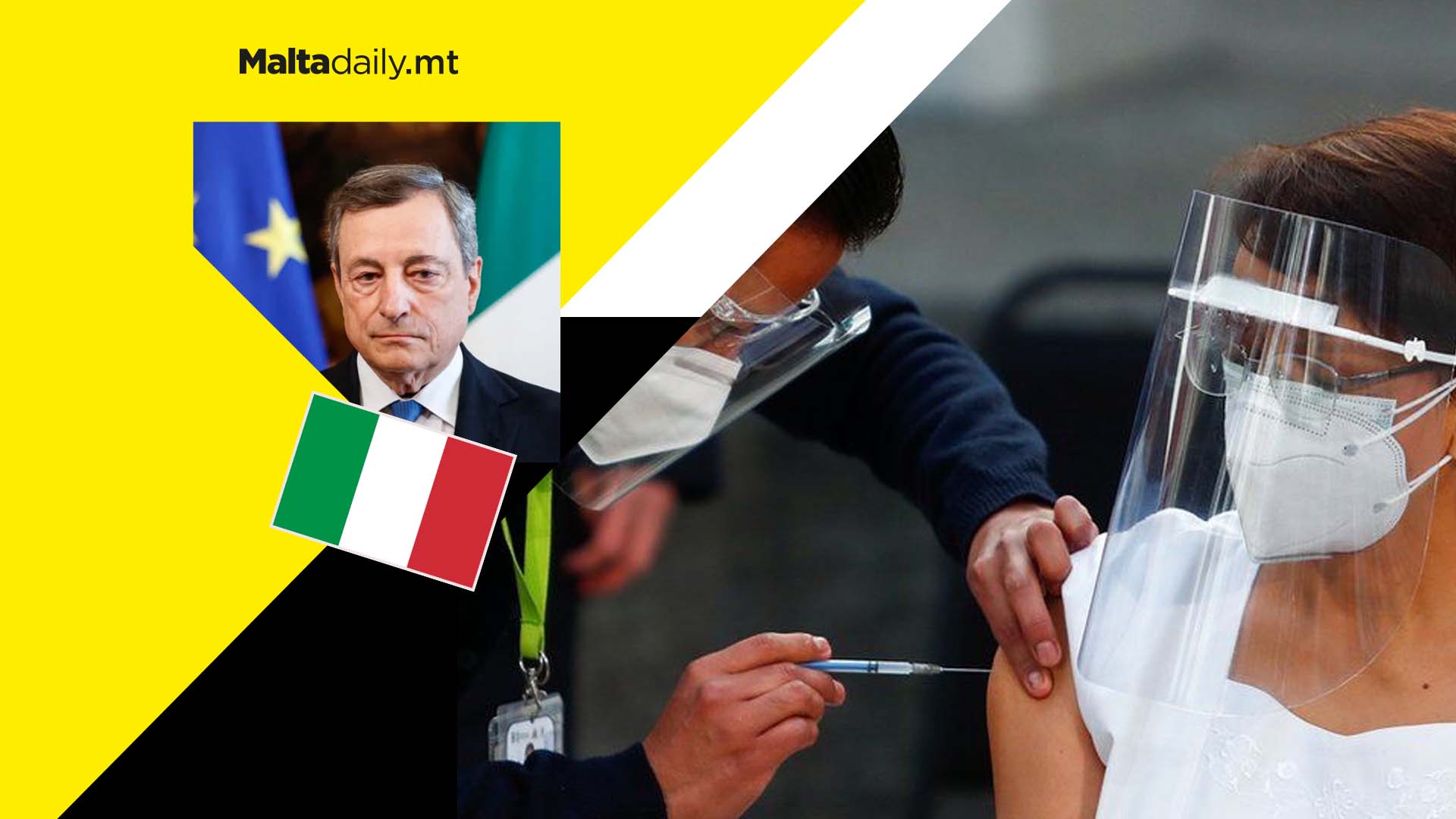 Italy has just made it obligatory for people aged 50 or over to be vaccinated with the COVID-19 vaccine as the country continues to try and ease hospital pressure and death due to a massive case spike.

This is one of the tougher vaccine mandates in Europe and will be taking effect immediately. The move was unanimously supported by ministers despite divisions between the parties that make up Prime Minister Mario Draghi’s cabinet.

Workplace vaccine rules were also tightened in Italy, making it such that from 15th of February, people aged over 50 who are in jobs in either public or private sectors, will have to present a health pass proving immunisation or recovery from COVID.

With the Omicron variant increasing pressures on hospitals, Italy registered 189,109 new infections on Wednesday and 231 deaths. This bring up the death toll to 138,276 which is the second highest in Europe behind the UK.

Italy’s health minister Roberto Speranza said that two thirds of COVID patients in ITUs were unvaccinated, as were 50% of the patients being treated in ordinary wards. Business leaders urged the government to make the jab mandatory for all workers over fears that the latest wave could slow down the economy.

Prime Minister Draghi said that ‘we want to slow the growth of the infection curve and push Italians who are not yet vaccinated to get vaccinated. We are targeting he age groups which are most at risk of hospitalisation in order to reduce pressure on hospitals and save lives. At the same time, we want to keep schools and business open.’

With vaccination obligatory already for health workers, teachers and the police in Italy, Austria is also making vaccination mandatory for over-14s as of February with Germany also planning to introduce vaccine mandates for adults. 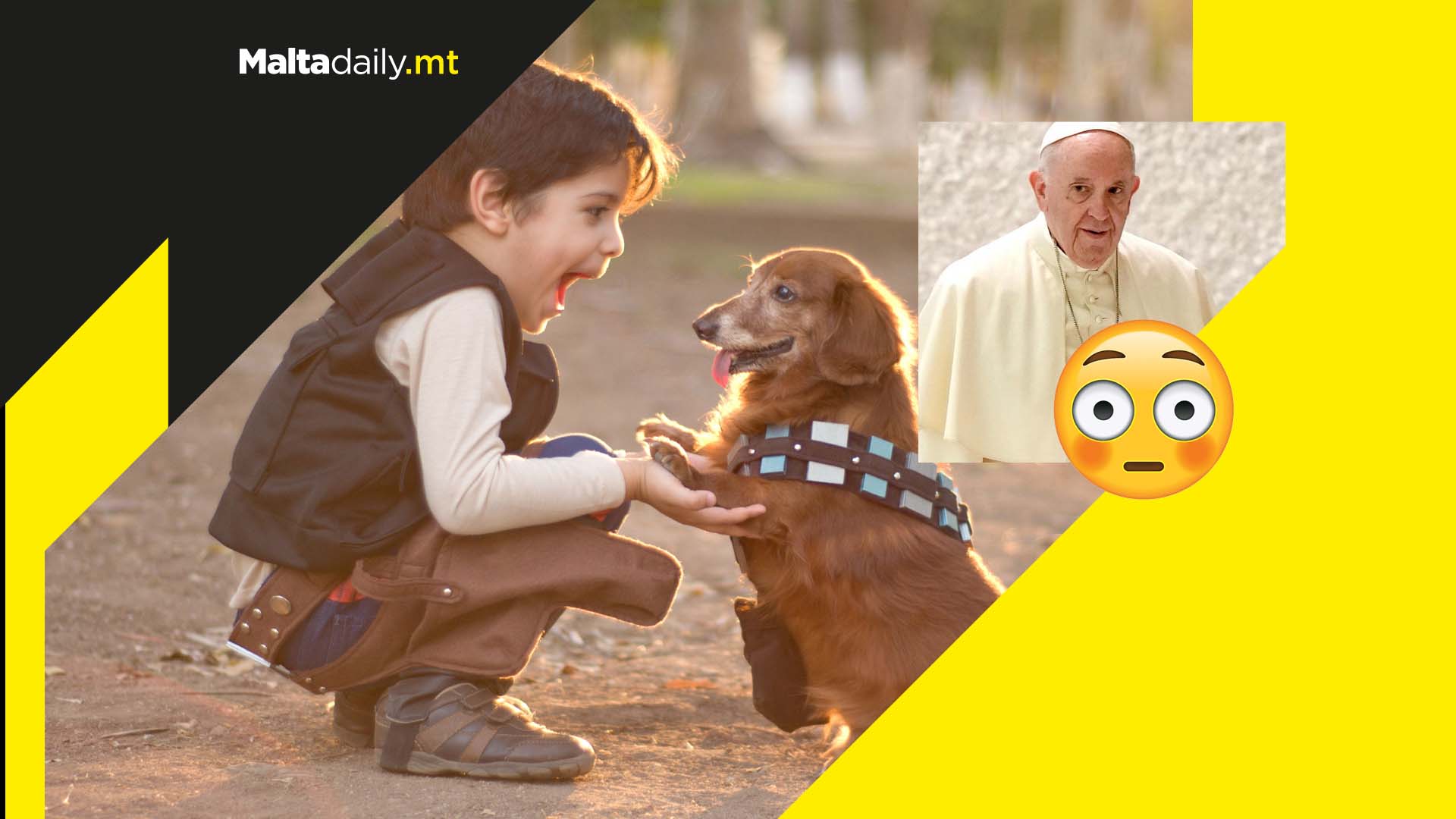 Pope Francis said on Wednesday that people who substitute having kids by having pets show a certain level of selfishness.

He was speaking on parenthood during a Vatican general audience where he lamented about pets sometimes taking the place of children.

He said that ‘today we see a form of selfishness. We see that some people do not to have a child. Sometimes they have one and that’s it, but they have dogs and cats that take the place of children.’

‘This may make people laugh but it is a reality’ the Church leader said. ‘This practice is a denial of fatherhood and motherhood and diminishes us, takes away our humanity.’

Pope Francis is not known to have a pet at his Vatican residence, unlike his predecessor Benedict XVI who was an avid cat lover.

Addressing the statement, Italy’s International Organisation for the Protection of Animals (OIPA) said that it was ‘evident that for Francis, animal life is less important than human life. But those who feel that life is saved love life beyond species.’

This isn’t the first time Pope Francis expressed this opinion, having said in 2014 that having kids is very hard and relationships with animals is much easier. He also previously said that the developing world is experiencing a demographic winter.