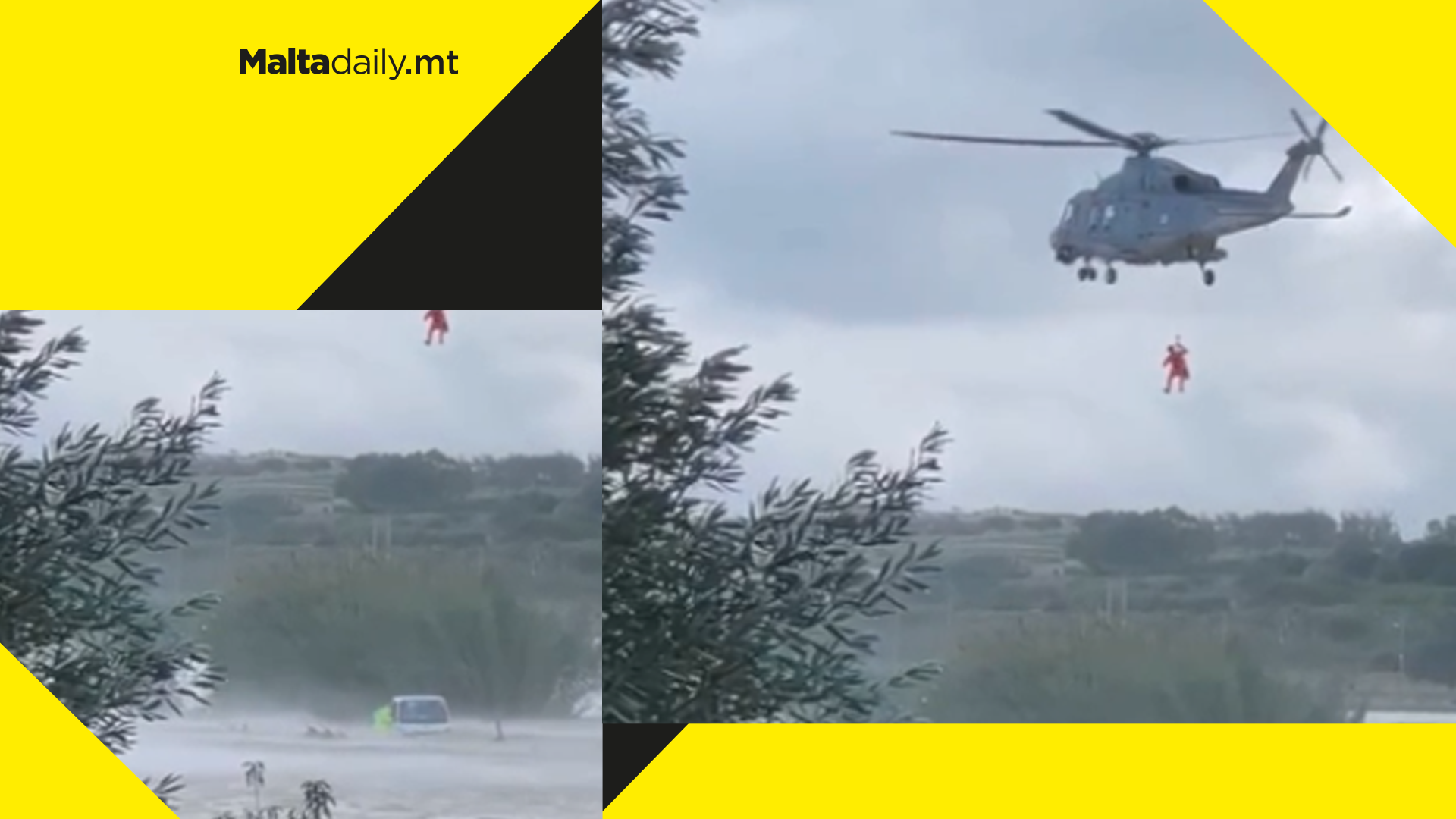 After an elderly woman was stuck in her car after it got stuck due to flooding in Burmarrad, an AFM helicopter was called in to help.

The woman was first met with assistance by the Civil Protection Department but due to the heavy storm, they too ended up experiencing trouble getting out from the situation.

An AFM helicopter was thus called in to help rescue both the victim and the Civil Protection Department officials. All three people were successfully rescued.

A massive well done to all those involved in the rescue. The storm which rolled over the Maltese islands this morning prompted many on the roads to help others struggling on the road.