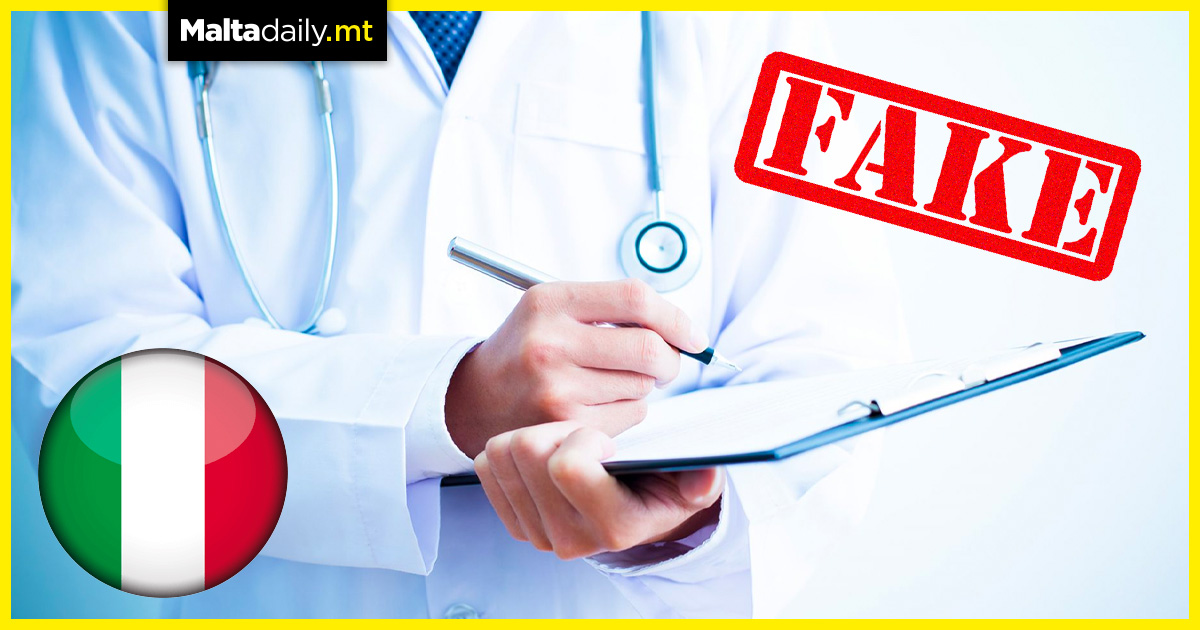 Italy’s ‘Guardia di Finanza’ is investigating 41 doctors after some of them reportedly issued false sick certificates as some if their colleagues did not want to go to work out of fear of COVID-19.

Catanzaro’s guard discovered that 13 doctors who worked in the 118 emergency service did not go to work after presenting certification. These documents were however discovered to be fake.

Preliminary investigations reported how doctors were giving their colleagues these fake certificates. Some of the ‘patients’ did not even go to the doctors personally, simply asking for them to produce the forged documents. Others even continued to practice their occupation through private means, exclaiming that they did not want to go to work out of fear of the pandemic.